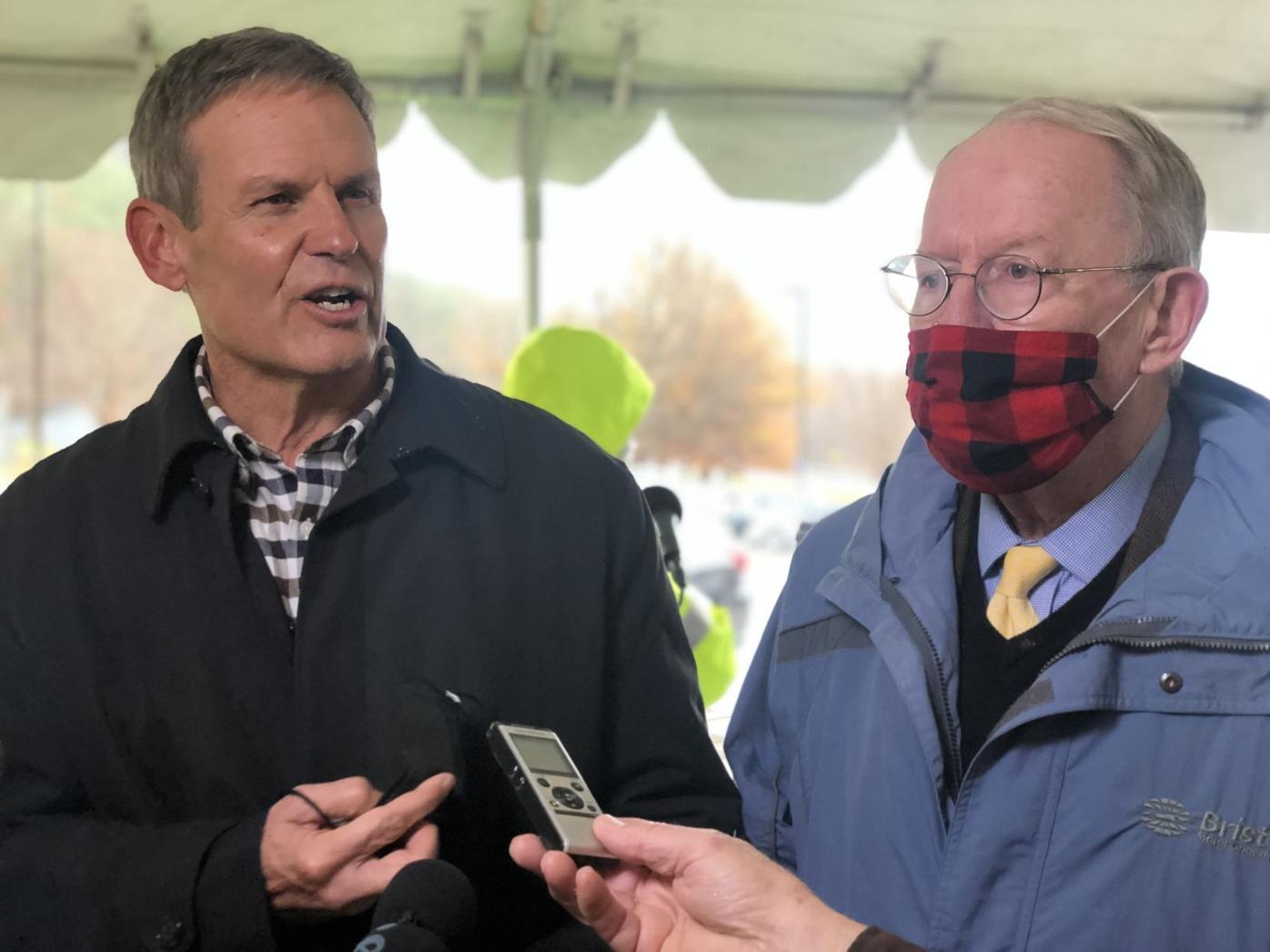 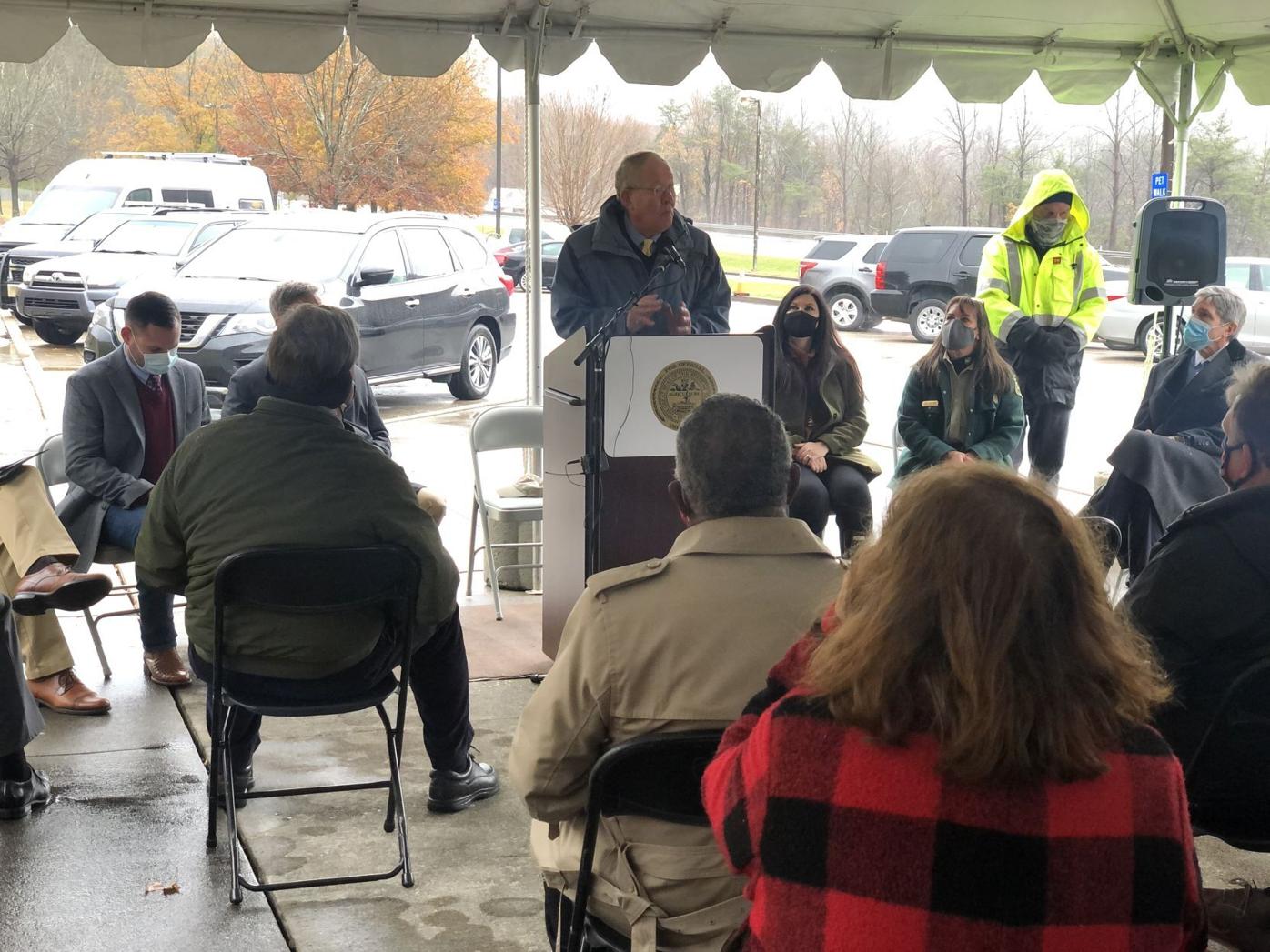 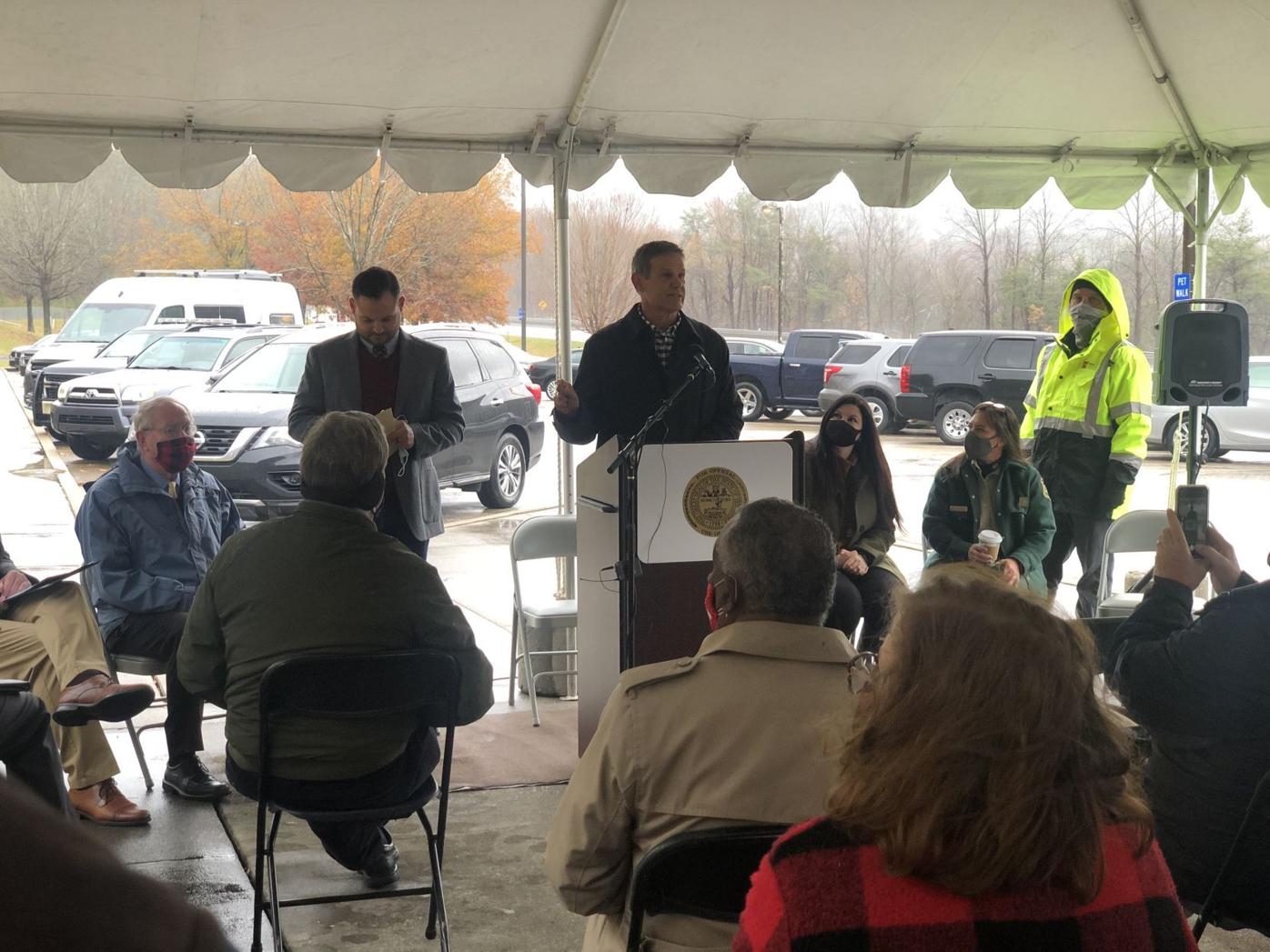 At a small outdoor gathering at a rest stop in Cocke County, Lee told The Daily Times that the project could help tourism and employment growth throughout the region and state.

“Tourism brings not only the folks that are here, but it brings the businesses to support the tourists, and it brings economic activity to areas around the county that is attracting the tourists,” Lee said. “So it’s a real opportunity for development economically for the entire region, not just for this county.”

Describing it as a “very important day in East Tennessee,” Lee was joined by Alexander, a Maryville native, who has made national park improvements a priority before retiring from the Senate in January.

“This is a $6 million grant to create 50 to 75 miles of mountain bike trails to the top of Hall Mountain with a shuttle to take the bikers up there and the idea is to try to get more of the 12 million people who come to the Smokies and the 3 million who come to the Cherokee National Forest to come through Cocke County,” Alexander said.

The money comes from the Appalachian Regional Commission and will pay for 50-plus miles of mountain bike trails. Some of those trails will be on Foothills Parkway, which stretches through Sevier and Blount counties.

Though the trails only will be in Cocke County, Lee said the benefits could bleed into Blount.

“It’s a very important day for economic development here in Tennessee,” he said.

Foothills Parkway, designed to provide travelers with optimum views, was authorized by Congress on Feb. 22, 1944, but construction, which began in 1966, was slow because of engineering difficulties.

All of the parkway but the “Missing Link, ” a 1.65-mile gap between Walland in Blount County to Wears Valley in Sevier County, was completed by 1989.

The link was a result of halted construction due to slope failure and erosion when Foothills Parkway first was being built.

For 10 years, the Missing Link was put on the back burner. Construction resumed in 1999 but was slow going.

It wasn’t until 2009 when President Barack Obama signed the American Recovery and Reinvestment Act that construction began to pick up.

“You know how the federal government is,” Alexander said Monday. “It took us 70 years to build the first part of it, and we just dedicated it a couple of years ago — what I think is the prettiest drive in the Smokies — (and) another part of the Foothills Parkway.”

“There are 33 miles of undeveloped Foothills Parkway right of way — some of it a mile wide — and I was thinking, we don’t want to wait another 70 years for something to happen,” Alexander said. “What can we do in the meantime?”

Alexander said the group went to Cocke and Sevier county leaders and asked what they wanted to do to develop the parkway.

“Mountain bike trails, I wouldn’t have thought of that, but they did,” he said.

Now, more than 70 years after Foothills Parkway was approved, Alexander said the latest improvement project will make the parkway even more enticing to visitors.

“What we hope is that this new mountain bike trail will become a magnet for the tourists and for visitors to our region who want to come to Cocke County, and while they’re here, spend a little of their money, create a few jobs and find the beauty of this county and enjoy that 50-75 miles of mountain bike trail going up Hall Mountain,” the retiring senator said.