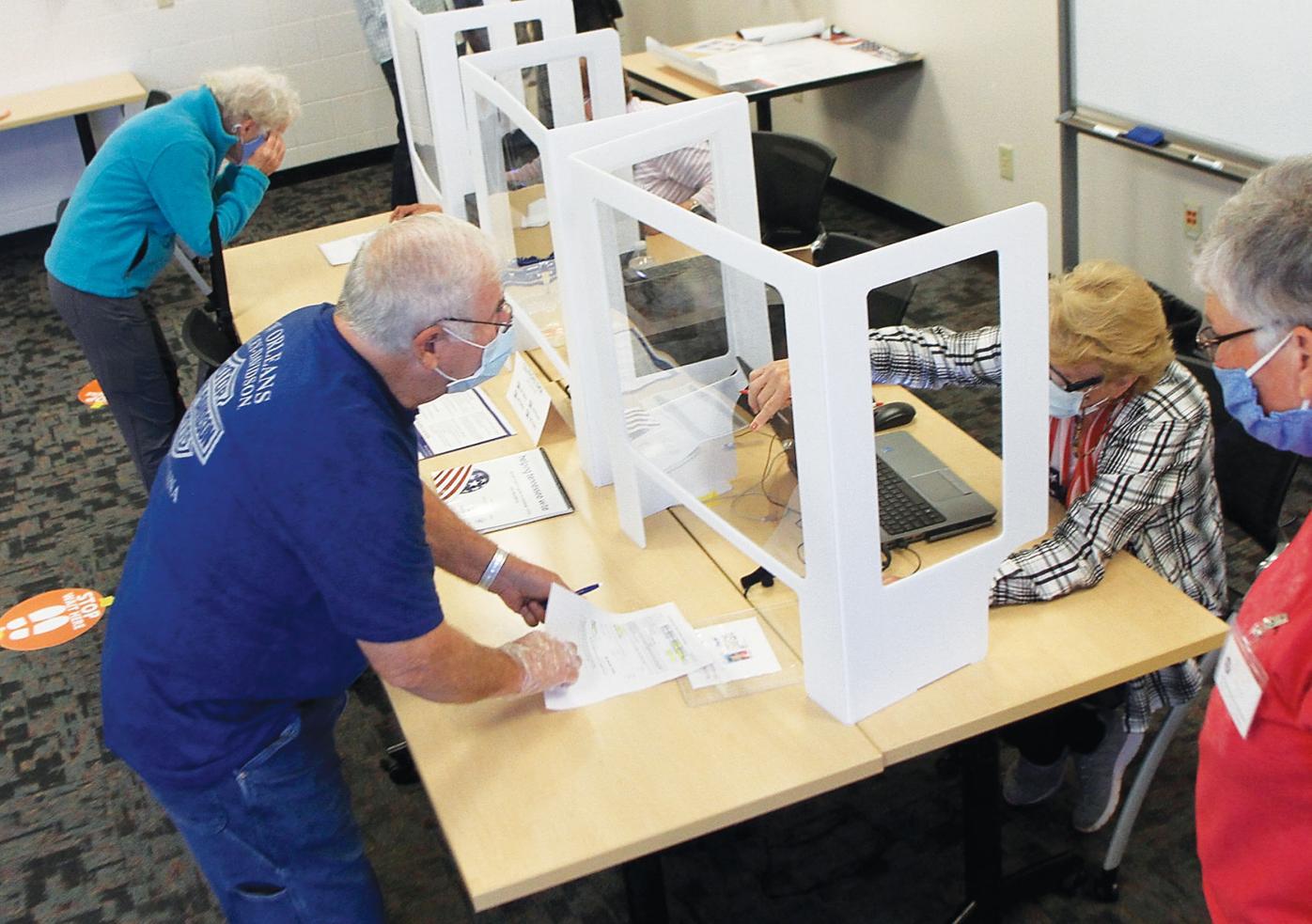 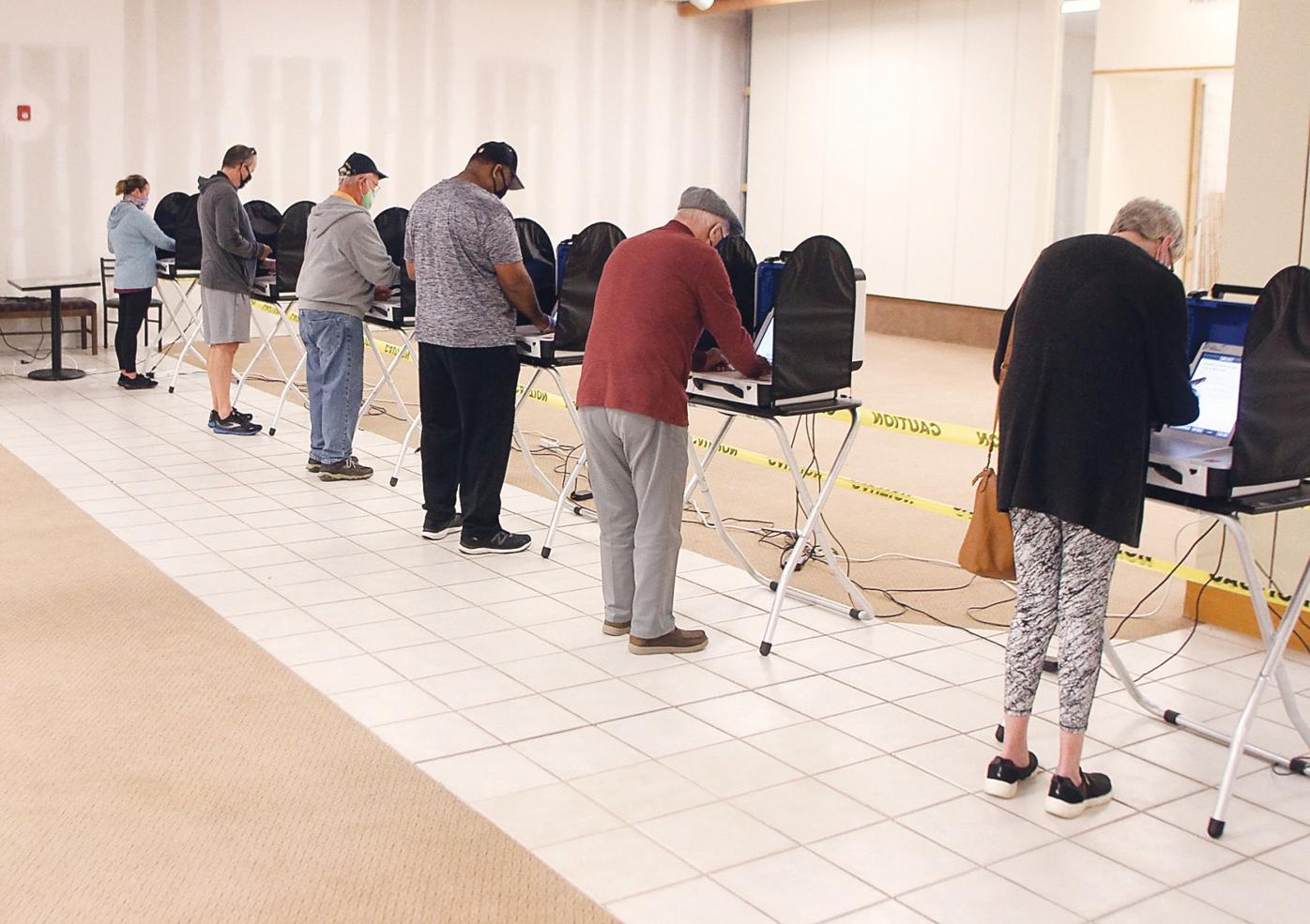 Voters cast their ballots at the Foothills Mall location on the first day of early voting, Oct. 14.

Voters cast their ballots at the Foothills Mall location on the first day of early voting, Oct. 14.

Blount Countians have voted early in record-breaking numbers — presenting poll workers with unprecedented difficulties as they help prevent the spread of COVID-19 while customarily policing the polls.

“There is a lot of energy around this election,” Providence Baptist Church poll worker Brad Lunde said.

With all of the energy also has come difficulties, many exasperated by the pandemic.

“COVID-19 has made a big difference,” Lunde said.

Lunde, who has been a poll worker since 2014, is working at Providence Baptist Church, 5766 Sevierville Road, Seymour.

He said fellow poll worker there chose not to volunteer over fears of contracting the virus.

Bill Kilgore, a poll worker at the Blount County Public Library, 508 N. Cusick Street, Maryville, said his location also had a few poll workers drop out because of COVID-19 anxieties.

A 2016 U.S. Election Assistance Commission survey showed that more than half of poll workers nationwide are older than 61, putting them at high risk for the virus, according to the Centers for Disease Control and Prevention.

Even so, Lunde and Kilgore said it was their responsibility to continue to volunteer.

“After voting, it seemed like the right thing to do — to help,” Kilgore said.

Poll workers also are in charge of sanitation and social distancing measures.

Blount County Administrator of Elections Susan Knopf said the election commission has put in place certain measures to prevent the risk of COVID-19 transmission and that it’s up to poll workers to carry out those measures.

“We are all wearing masks or face shields, using sneeze guards in front of each registrar and controller table, asking each voter to use hand sanitizer and a one-time-use pen,” Knopf said.

“The poll workers will not touch the voter’s photo ID,” Knopf said.

Other preventive measures include increased sanitation and social distancing. On Oct. 13, a day before early voting began, a professional cleaning crew sprayed a germicide throughout the voting room at Providence.

Now, poll workers wipe down the voting machines after each ballot is cast. To social distance inside the polling place, two tables are spaced between each ID-checking station, Lunde said. Voters use gloves to operate machines, Lunde said. They’ll also pick up their “I voted” sticker from a box when they leave.

Lunde and Kilgore remain confident that this election, though difficult, will maintain voting accuracy and integrity.

“I think Tennessee has a robust system of checks and balances. At the end of the day we close and lock and seal, and we recheck to make sure,” Lunde said, adding that the extra precautions “give you a higher degree of confidence” in voting integrity.