A Publix supermarket lobby in Florida celebrating it’s 1,000-store milestone. The company announced Wednesday it would be building a store in Maryville where Sears used to stand at Foothills Mall. 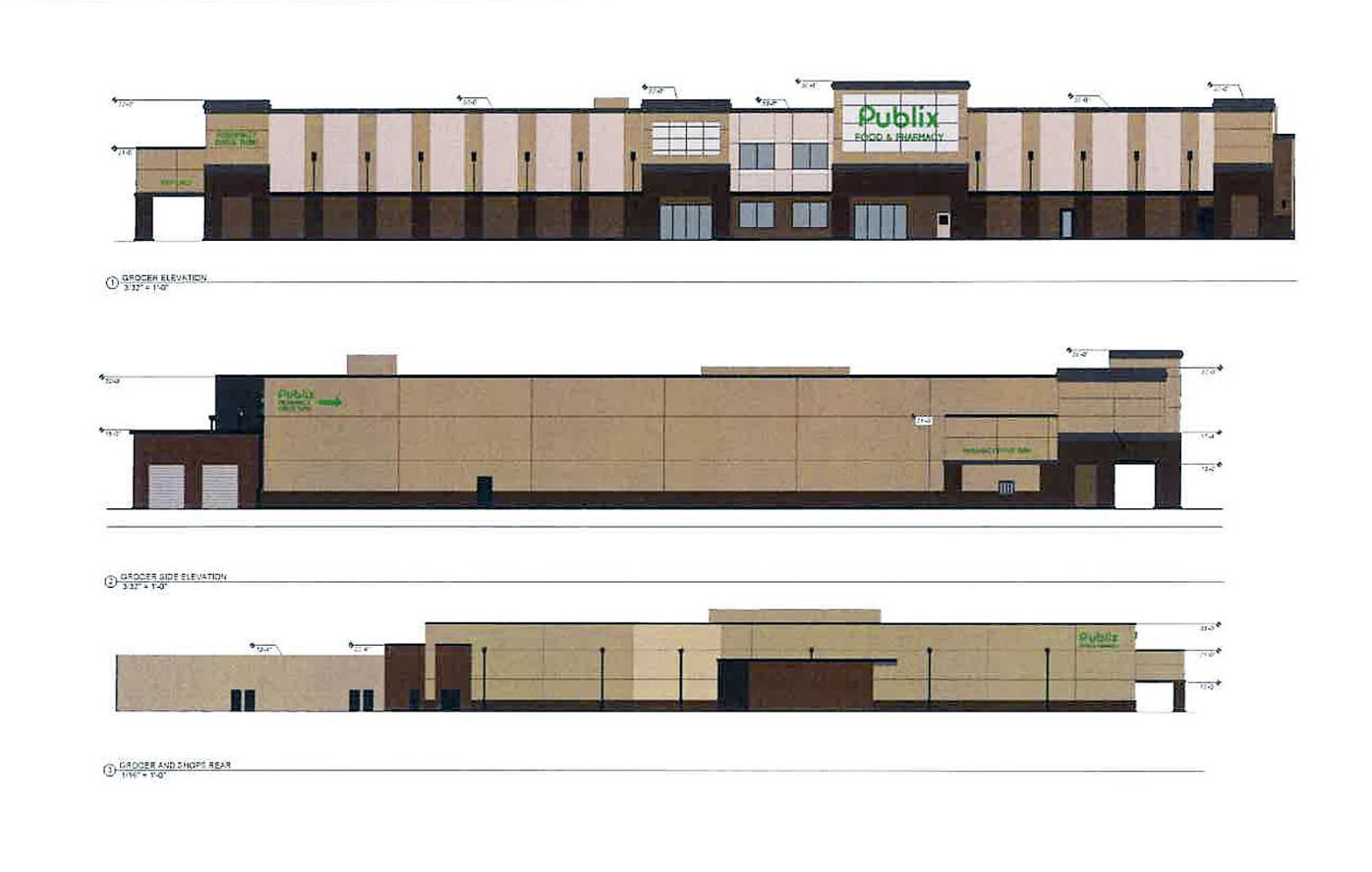 Very preliminary designs show the Publix store planned for Maryville. It is set to be more than 48,000 square feet in size and will replace the building that used to house Sears at Foothills Mall. Design details are still being worked out.

A Publix supermarket lobby in Florida celebrating it’s 1,000-store milestone. The company announced Wednesday it would be building a store in Maryville where Sears used to stand at Foothills Mall.

Very preliminary designs show the Publix store planned for Maryville. It is set to be more than 48,000 square feet in size and will replace the building that used to house Sears at Foothills Mall. Design details are still being worked out.

Area residents don’t have to speculate any longer: Maryville is finally getting a Publix grocery store.

It’s been at least three years since city officials and developers started the search process, but the Publix supermarket brand finally has settled on Maryville as one of its newest homes.

According to a statement released July 29, the 48,000-square-foot store will replace the former Sears in Foothills Mall. A news release was headlined: “Popular Grocery Store Should Help Revive Mall.”

Maryville City Manager Greg McClain said the old Sears location will be demolished to make way for a grocery store whose front will face the U.S. Highway 129 Bypass. It may not be attached to the mall itself, McClain said, indicating there would be some strip center buildings between the Publix and the mall complex once construction is complete.

Design details are still being worked out.

Jim Harrison, a principal at CHM Development in Knoxville, said demolition on the former Sears building could start in 60-90 days. Following nearly a year of construction, the store is set to open in mid-2021.

CHM, Publix and the city of Maryville have been talking about the development since about 2017.

“(East Tennessee) is a very strong market,” Harrison said. His company built both of Blount’s Walmarts and he said the Foothills Mall Publix wasn’t always a sure thing.

The upscale grocery chain was looking at other sites for a while and McClain estimated there may have been six developers courting the company at one point.

But the allure of Maryville’s bustling commercial district was strong, officials said.

“When Sears went out, we started negotiations with Publix,” Harrison said. The classic American department store shuttered in early 2019, leaving a significant hole in the mall’s lineup. Before Publix even committed to the site, CHM bought the land as an investment.

“Tremendous traffic in that area will help everybody in that neighborhood,” McClain said. “There is potential that it will pull from other grocery stores. That’s true. However, it’s a new brand.”

That means a net increase in sales tax for the city and that people don’t have to drive to the nearest Publix in Knoxville.

The store also could be a big boost for Foothills Mall. The retail complex has seen rough moments in the past three years. Not only did it lose Sears, word came out following the COVID-19 outbreak that J.C. Penny’s also would close.

Then the pandemic closed the mall to business for more than a month.

The Daily Times called mall General Manager Michael Kaufman for comment on how the stores might be impacted by the news from Publix.

Kaufman said he was unaware of the development and could not talk about it until he heard from the mall’s New York-based owner, Time Equities Inc.

“Publix is proud to continue to grow in the East Tennessee area by bringing our unique shopping experience to Maryville,” Publix Community Relations Manager Brenda Reid said in a statement sent to The Daily Times. “We look forward to becoming an integral part of the community.”

The company has 1,252 stores across seven states with 46 in Tennessee, most concentrated in the Nashville area.

Founded in 1930 in Winter Haven, Florida, Publix is the largest employee-owned U.S company with more than 200,000 employees, according to its website. Its retail sales reached $36.1 billion in 2018.

“We have been anxiously anticipating this announcement and are thrilled to welcome Publix to Maryville,” McClain said.

“We appreciate Publix investing in our community and providing a convenient option to our citizens who love the Publix brand.”

Moreover, McClain explained in an interview that a Publix could breathe retail life in the wake of coronavirus hardships.

“In a world right now that’s so full of stressful news and difficult times, it’s a bright spot,” he said.