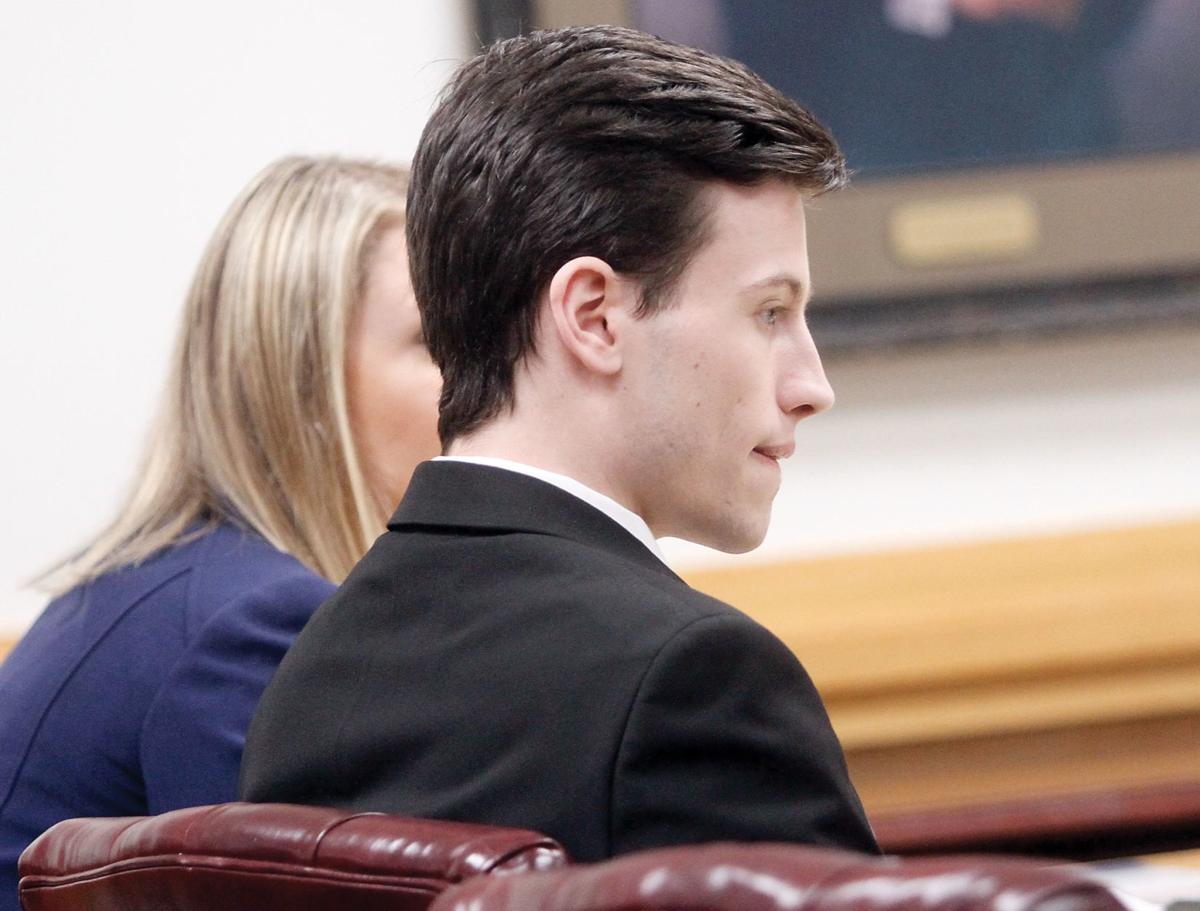 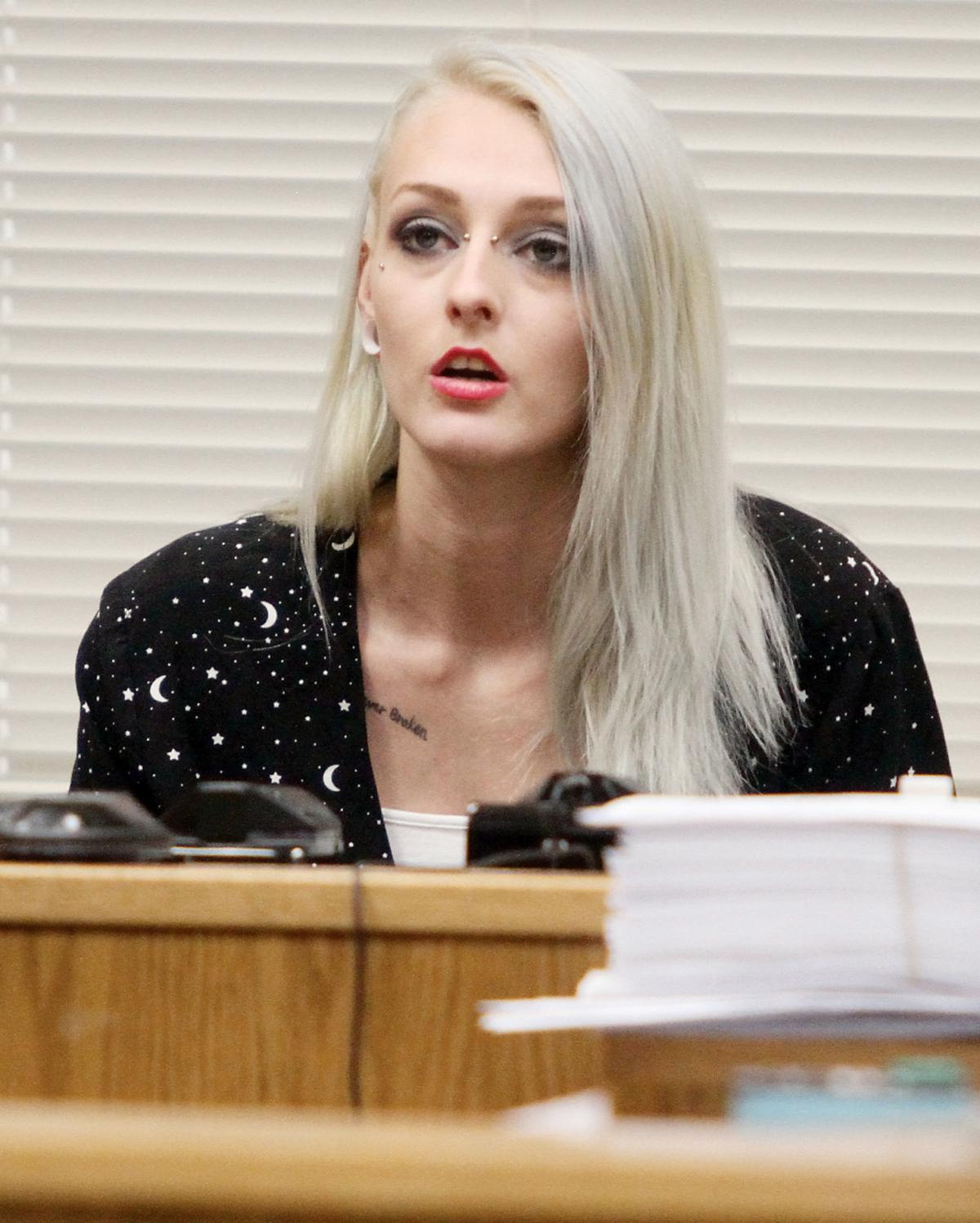 Miranda Goddard takes the stand for the prosecution Wednesday in the Sean Patrick Foley murder trial. 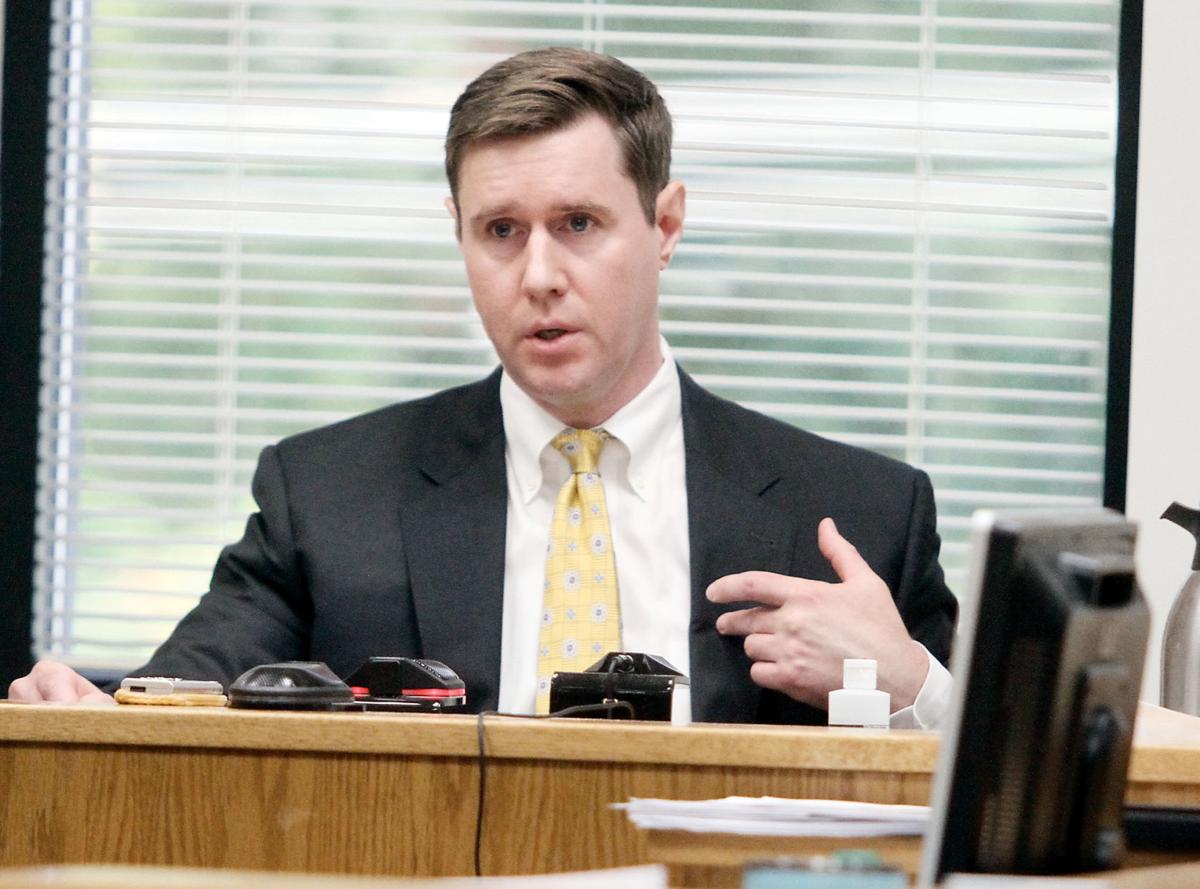 Miranda Goddard takes the stand for the prosecution Wednesday in the Sean Patrick Foley murder trial.

Sean Patrick Foley says he began taping his conversations with other people because a former boss’s inadequate instructions almost got him fired.

His fate now rests, in part, on whether a tape — a barely audible, narrated, 34-minute recording of a conversation where his former girlfriend negotiated a sexual act with Jimmy L. Shelton before Foley shot Shelton to death — also recorded a consensual act or rape on Aug. 28, 2018.

Foley, 25, cried on the witness stand during the second day of his first-degree murder trial as Blount County prosecutors Ryan Desmond and Tracy Jenkins played portions of the tape, where 26-year-old Miranda Goddard tried to stop Foley from shooting the 44-year-old Beaver Drive resident.

She was heard screaming “No!” six times and crying in the background before Foley told a dispatcher he shot Shelton after he charged him and grabbed the gun.

“He was trying to (expletive) rape you for a car!” Foley screamed on the tape.

The nature of Shelton and Foley’s relationship gained clarity Wednesday as Goddard admitted she had willfully had sex for more than a decade with a man she said was the only father she knew.

Foley told the court he believed Shelton was molesting or raping the woman, whose pants were down when Foley emerged with a gun to confront Shelton.

Goddard admitted her pants were pulled down but denied Foley’s claim that Shelton had forced her onto his lap.

They had negotiated for her to tape a sexual act with a female friend, she said, in exchange for Shelton’s help in buying her a car.

“Yes, it was consensual,” Goddard said. She also was blunt when defense attorney Aaron Kimsey asked her to describe Shelton’s influence over her.

“He was the father figure in my life,” Goddard replied.

Goddard said Shelton began molesting her when she was 12 or 13.

“That changed when I was 19,” Goddard said “We began making arrangements.”

Goddard told the court she knew Foley often carried a gun but the men had a good relationship even though she had told Foley about the alleged molestation.

Shelton was investigated in 2009 but wasn’t charged due to lack of evidence.

Other texts between Shelton and Foley were allowed because they showed the men had a normal relationship after Foley moved in days before the shooting.

Foley admitted he had heard Goddard’s accusations against Shelton before he moved into the home days before the incident, but didn’t report anything unusual in the home before the shooting.

Goddard’s mother, Dawn McGinnis, cried on the stand as she recalled the events.

The two men got along normally, according to McGinnis, who added she didn’t know that Foley was armed.

“Jimmy would have required (the gun) be put up,” by locking it up safely, McGinnis said.

Events were normal the night of the shooting, according to McGinnis, who said several adults in the home stayed up late drinking to celebrate Goddard’s release from jail on a contempt charge.

Things also appeared normal when she woke up after 3 a.m., she added. She was awakened several hours later by gunshots.

McGinnis denied knowing that Shelton had reportedly had a sexual relationship with her daughter or that he was accused of molesting her when her former mother-in-law initiated a Children’s Protective Services investigation.

“He never admitted that to me,” McGinnis said.

Foley admitted he knew Goddard previously performed in erotica and also had possession of a tape of her performing acts.

He also admitted he was reprimanded by Marissa McGinnis on Facebook for posting support of her activities.

Foley, who was several inches shorter and nearly 100 pounds lighter than Shelton, testified that he fell as he tried to push Goddard out of the way to protect her when Shelton reportedly charged him and tried to grab his gun.

Photos taken by Blount County Sheriff’s Office crime scene investigation deputy Andy Waters showed no injuries to either Goddard or Foley, who testified his gun went off when Shelton charged him and grabbed the weapon.

Forensic pathologist Dr. Christopher Lochmuller, who conducted Shelton’s autopsy, testified that stippling, or small burns caused by expelled gunpowder, found around some entrance wounds on Shelton’s neck and torso were consistent with shots fired from around two to three feet away.

One found on his torso also showed evidence of soot, indicating it may have been fired within a foot of Shelton.

None of the shots would have immediately immobilized Shelton, Lochmuller added.

The trial will continue today.