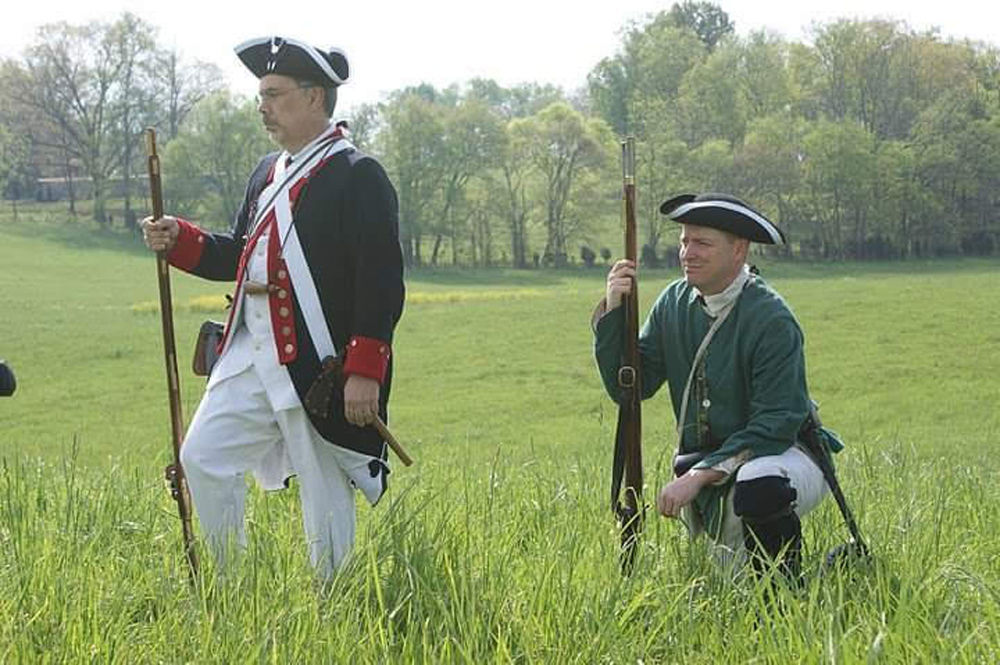 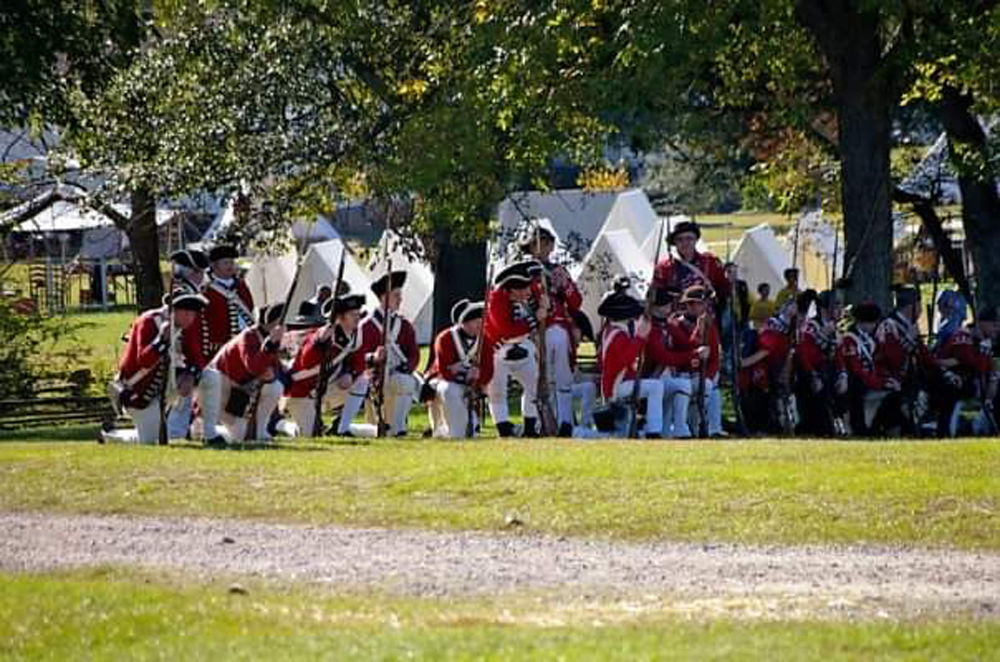 Historians portray events at a re-enactment of the Revolutionary War Battle of Camden in South Carolina. 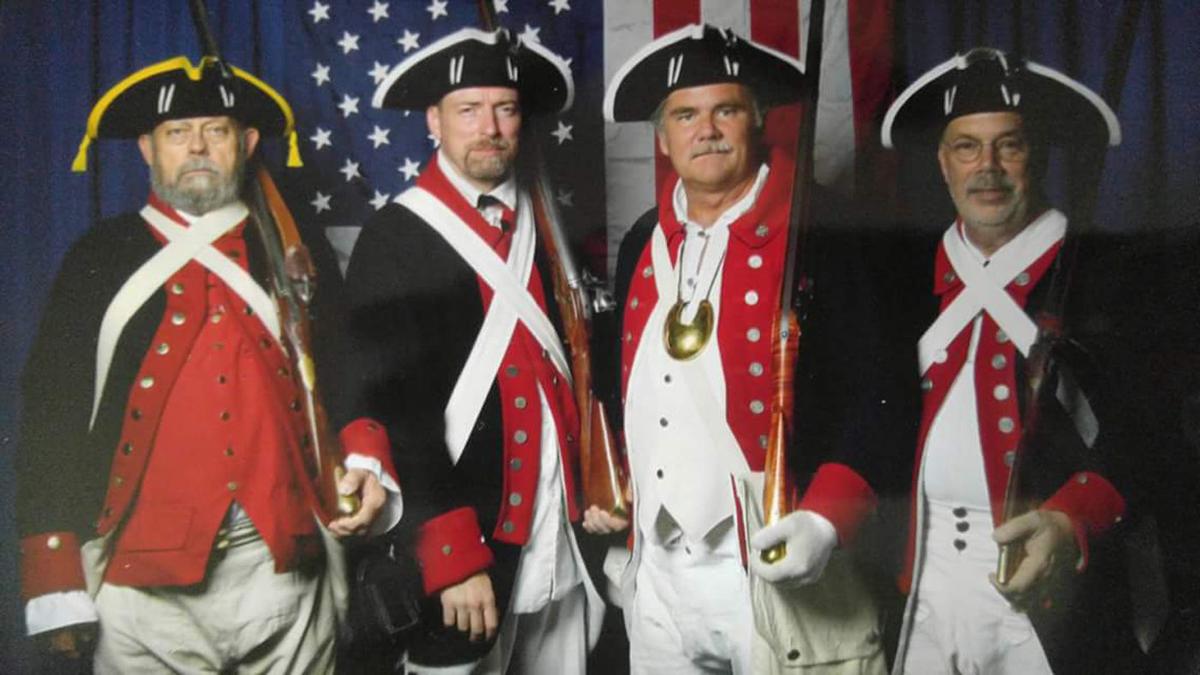 Historians portray events at a re-enactment of the Revolutionary War Battle of Camden in South Carolina.

The Revolutionary War (1775-1783) resulted in the American colonies winning independence from Great Britain and forming the United States. History books tell us about the beginning of the American Revolution with “the shot heard around the world” on April 19, 1775, at the Battle of Concord in Massachusetts, the signing of the Declaration of Independence on July 4, 1776, George Washington and Valley Forge, and many other facts. But what relevance does this have to people in 21st century Blount County?

The Blount County Historical Museum will bring this history to a personal level for the whole family on Sunday, Feb. 2, with its first Revolutionary War Day event. Activities begin at 2:30 p.m. and continue until 5 p.m., featuring displays and presentations throughout the day showing the impact of the Revolutionary War on the people of Blount County. Colonial life will be portrayed by re-enactors in period dress and local historians will speak about many of the Revolutionary War soldiers who settled in the area. Tours of the museum will also be offered. Admission is free, but donations are welcome.

Lee Johnson, museum board member, member of the Stephen Holston Chapter Sons of the American Revolution and former historical re-enactor, is organizing the event.

“There are so many people that have early ties to this area,” he said. “A lot of the settlement here started in the early- to mid-1780s, and a great many of those folks have ties back to the Revolutionary War.”

Blount County has a number of Revolutionary War veterans documented who settled here on land grants awarded for service and who were instrumental in the founding of the county. Two of the county’s oldest cemeteries, New Providence Presbyterian and Eusebia Presbyterian, are the final resting places of at least 44 Revolutionary War veterans, Johnson said. “We’ve identified up to 25 buried at New Providence, and at Eusebia, we’ve identified 18 or 19,” he said. “There’s a lot of folks who live in this area that descend from these Revolutionary War soldiers. Hopefully we’ll have a table set up with some information on them.” Some of the surnames he mentioned include Weir or Wear, Wallace, Hamil, Duncan, Eagleton, Black, Pickens, Tipton and Houston.

One of the presentations will be on privateers, which were private parties authorized to attack enemy vessels in maritime warfare under a commission of war. The primary objective was to disrupt enemy shipping.

Johnson said there is not a set schedule for the presentations. “We’re going to do them as folks move through,” he said. “As people walk up to the tables, the presenters will talk about the items they have in front of them. That way it’s a more intimate setting between the presenter and the person who is visiting—and they can get more questions in.”

The Revolutionary War (1775-1783), also known as the American Revolution, arose from growing tensions between residents of Great Britain’s 13 North American colonies and the colonial government, which represented the British crown. Skirmishes between British troops and colonial militiamen in Lexington and Concord in April 1775 kicked off the armed conflict with “the shot heard around the world,” and by the following summer, a full-scale war for independence raged.

France entered the American Revolution on the side of the colonists in 1778, turning what had essentially been a civil war into an international conflict. Americans has effectively won independence after French assistance helped the Continental Army force the British surrender at Yorktown, Virginia, in 1781, but fighting would not formally end until 1783.

The National Archives holds records relating to military service during the Revolutionary War, including both Continental troops and state troops that served as Continental troops. For more information, visit https://www.archives.gov/research/military/american-revolution.