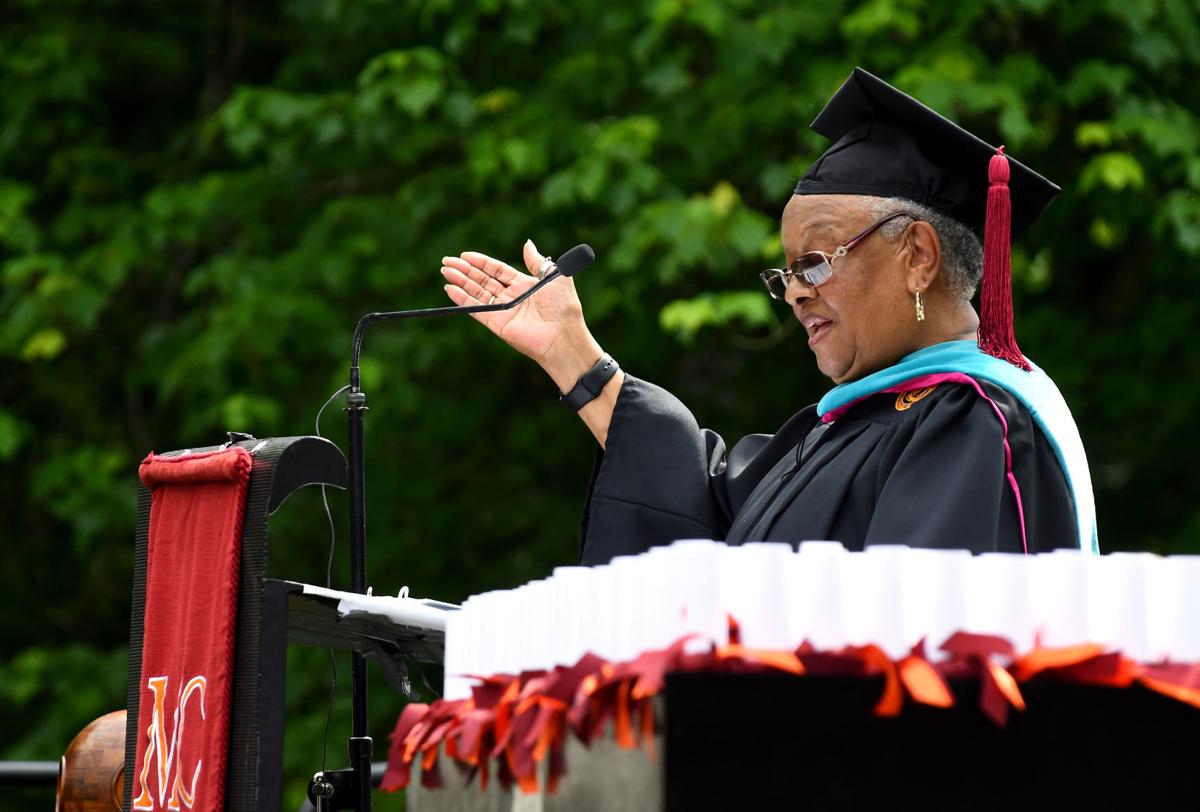 After receiving an honorary doctor of public service degree, Shirley Carr Clowney tells the graduates to “rise up to an unforgettable future,” during Sunday’s commencement at Maryville College. 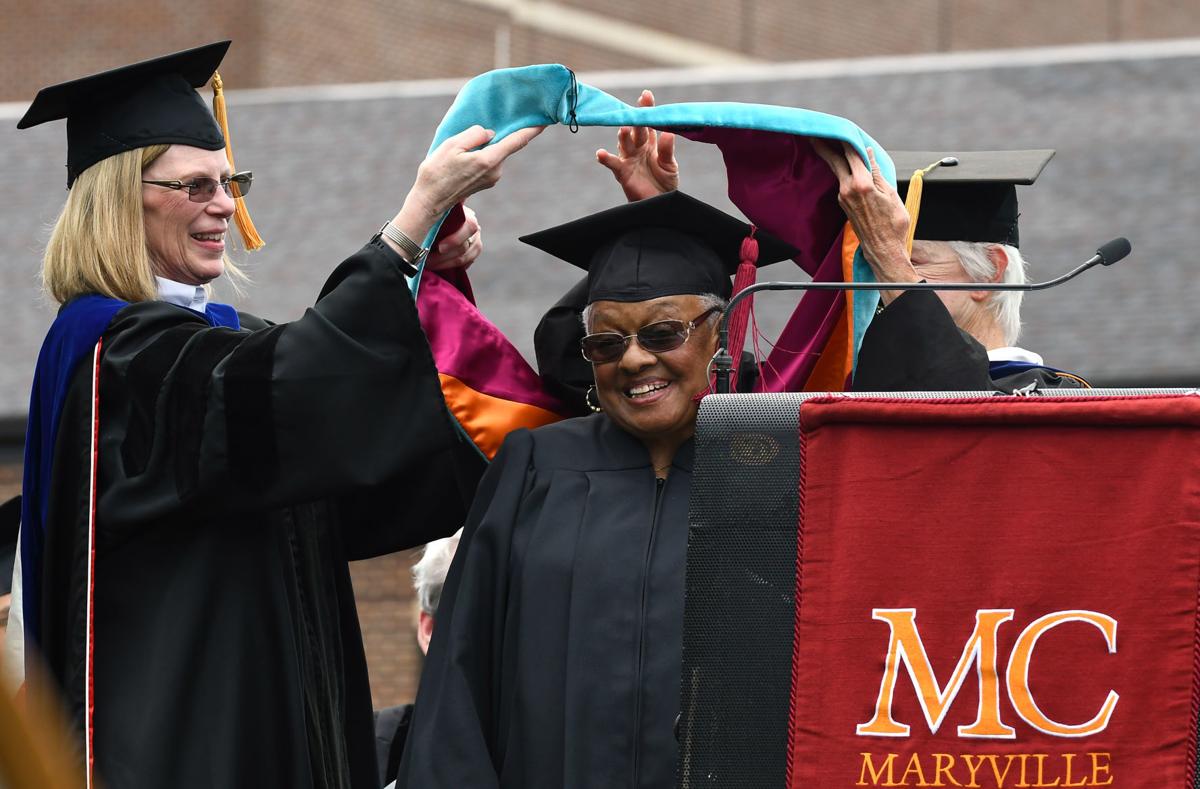 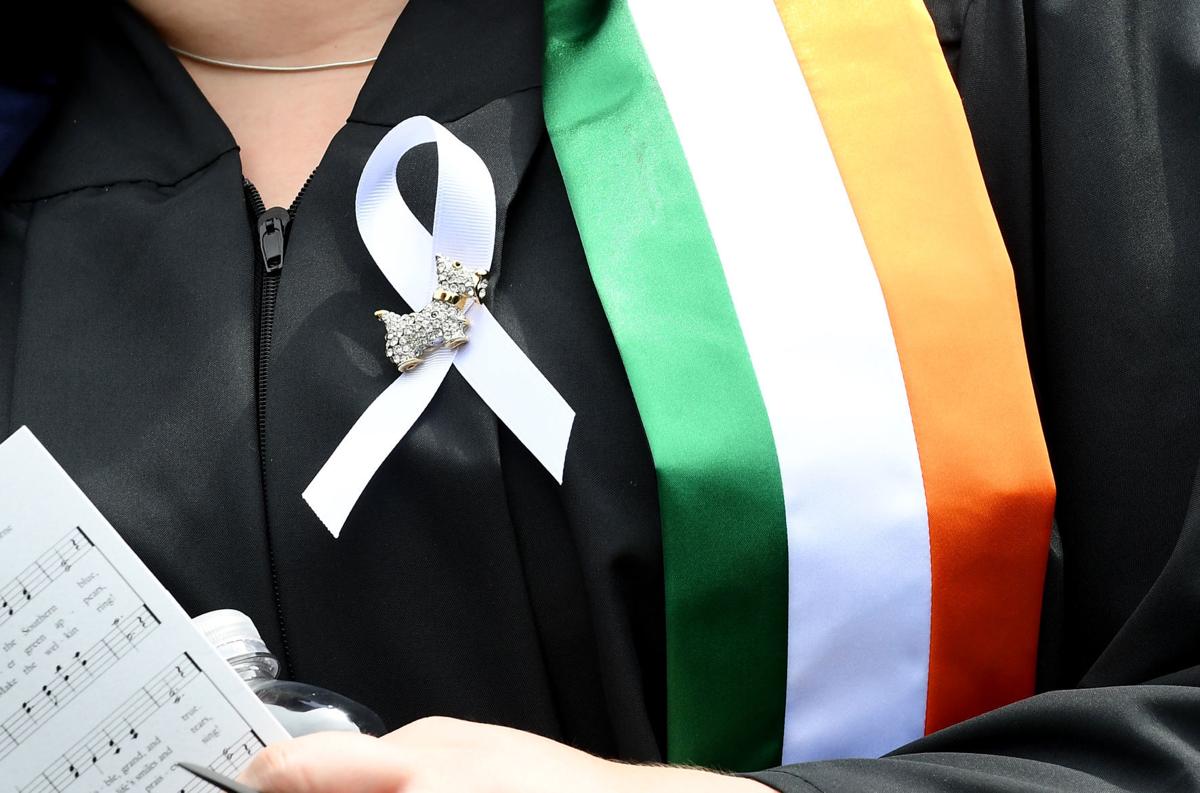 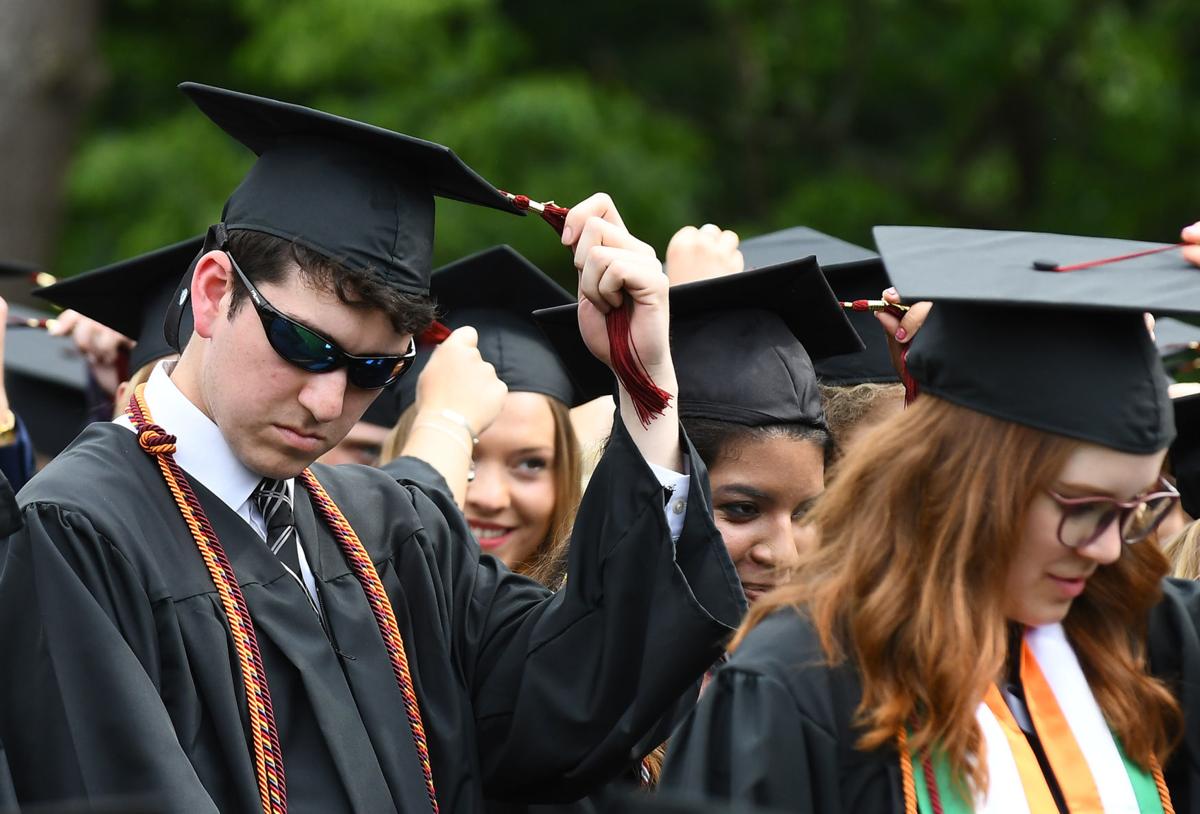 Maryville College graduates move their tassels from the right to the left of their mortarboards during Sunday’s commencement on the lawn between Anderson Hall and Sutton Science Center. 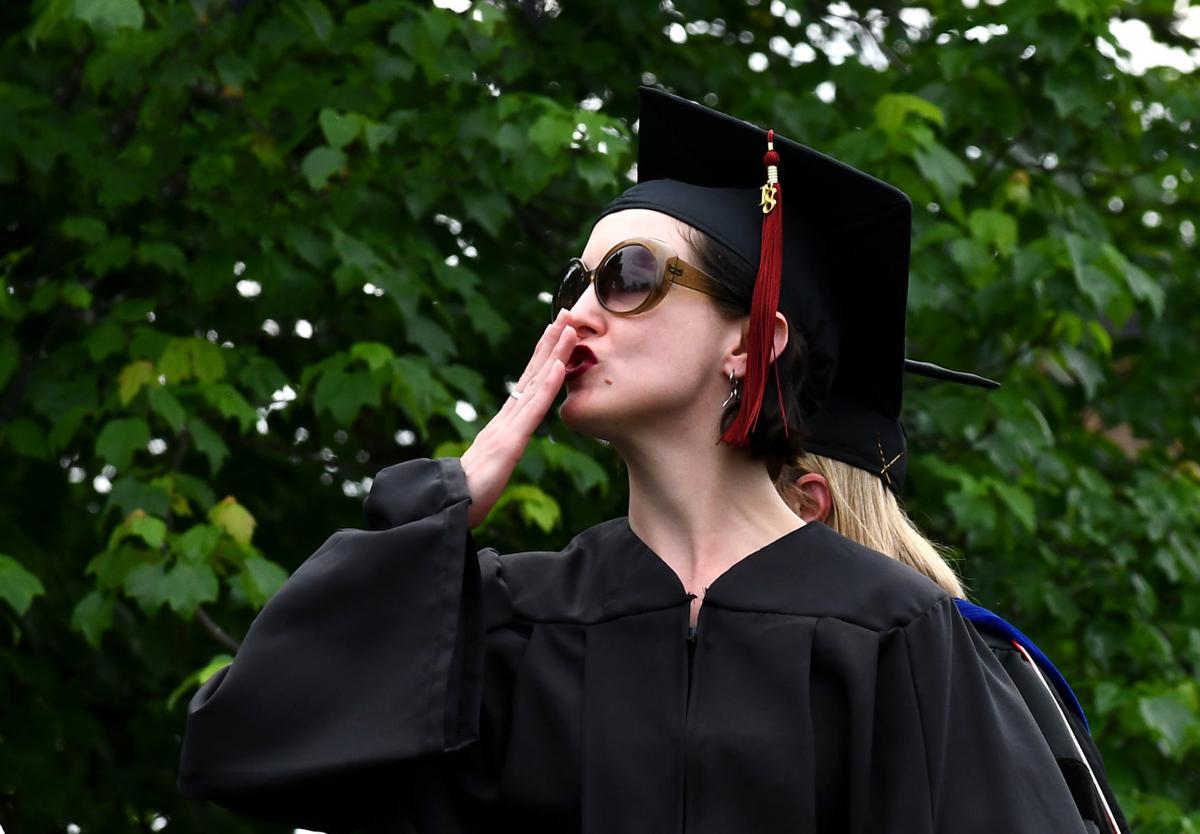 Carlie Sims blows a kiss to her family as she walks across the stage during Maryville College’s 199th commencement Sunday afternoon.

After receiving an honorary doctor of public service degree, Shirley Carr Clowney tells the graduates to “rise up to an unforgettable future,” during Sunday’s commencement at Maryville College.

Maryville College graduates move their tassels from the right to the left of their mortarboards during Sunday’s commencement on the lawn between Anderson Hall and Sutton Science Center.

Carlie Sims blows a kiss to her family as she walks across the stage during Maryville College’s 199th commencement Sunday afternoon.

Encouraging the Class of 2018 to “Rise up” and make a difference, Shirley Carr Clowney on Sunday received an honorary doctor of public service degree from Maryville College, the school she helped reintegrate 64 years ago.

“Now it is time for you to go out and to contribute by making a significant difference in your corner of the world,” the Alcoa native told about 230 graduates at the outdoor commencement ceremony.

Referencing a biblical story from the Book of Daniel, she told them, “If you ever feel like you are in a fiery furnace, rise up and trust God to quench the fire before you become consumed or overwhelmed.”

Then she shared a time when she felt she was in a “fiery furnance,” as one of the “Maryville Six,” the first black students to enroll at Maryville College in 1954, months after the U.S. Supreme Court outlawed school segregation.

Nine black men graduated from Maryville College in the late 19th century, before a state law in 1901 barred public and private schools from enrolling blacks.

So Clowney was one of the first four black women to attend Maryville College. One of the two men who enrolled that year, 87-year-old Freeman Wyche, returned to Maryville College from Miami for Clowney’s speech Sunday.

Of the Maryville Six, only Nancy Smith Wright earned a degree from Maryville College, and was the first black woman to do so.

Wyche explained in an interview before the commencement that he fell in love while preaching at a tent revival and returned to the Air Force to support his family.

Clowney, who will be 82 in July, explained in an interview that she felt unprepared for the college and was unaccustomed to earning C’s and D’s.

She transferred to Tennessee State University to complete her degree, and then taught in New Jersey for 28 years before returning to Blount County in 1992. Since then she has worked to research and share local black history, publishing her second book this year. She was among the 10 recipients of the Tennessee Human Rights Commission’s 50th Anniversary Civil Rights Advocate honors.

Attending Charles Martin Hall School in Alcoa, the area’s black students didn’t have courses such as geometry, trigonometry, foreign languages or even typing, she told this year’s college graduates at the commencement. “It appeared we were being trained to pursue careers that required menial tasks only. Needless to say, we were not prepared to be competitive with students who had college courses in their schools.”

While the black students generally were accepted at Maryville College, she shared with the graduates some of the painful memories of that time, such the Ku Klux Klan burning a cross near her house, the inability to eat at a nearby grill that did not serve blacks, and continued segregation then within on-campus housing.

“I believe that going to chapel before classes really helped us through each day,” she said. “It helped us to rise up to the challenges before us.”

For a record fourth time, professor Terry Simpson was recognized by students as Outstanding Teacher of the Year. Simpson, who is retiring after 28 years at the college, already held the record as a three-time honoree.

When Simpson began to jog back to his seat after receiving the honor, college President Tom Bogart quipped, “That’s the first time there’s been a victory lap for the Outstanding Teacher.”

A professor of secondary education, Simpson was director of teacher education for 17 years. During Sunday’s ceremony he also was awarded the status of professor emeritus.

Bogart presented the status of professor emerita to the vice president and dean, who also is retiring after 20 years of service to the college.

“Barbara Wells has had a profound impact on Maryville College,” Bogart said of the sociology professor who chaired the Division of Social Sciences.

He cited her influence in adding nine majors and five minors, implementing the Maryville College Works program and creating a new core curriculum, as well as two dual degree programs with the University of Tennessee.

Jenifer Greene, associate professor of management and chair of the Division of Social Sciences, is this year’s runner-up for the Outstanding Teacher Award, which is nominated by juniors and seniors.

In his charge to the Class of 2018, Bogart told the graduates to “leave here transformed by your experience and dedicated to following and demonstrating the will of God through your thoughts and actions.”

“Be the inspiration for the next person, the way that others have inspired you,” he said.