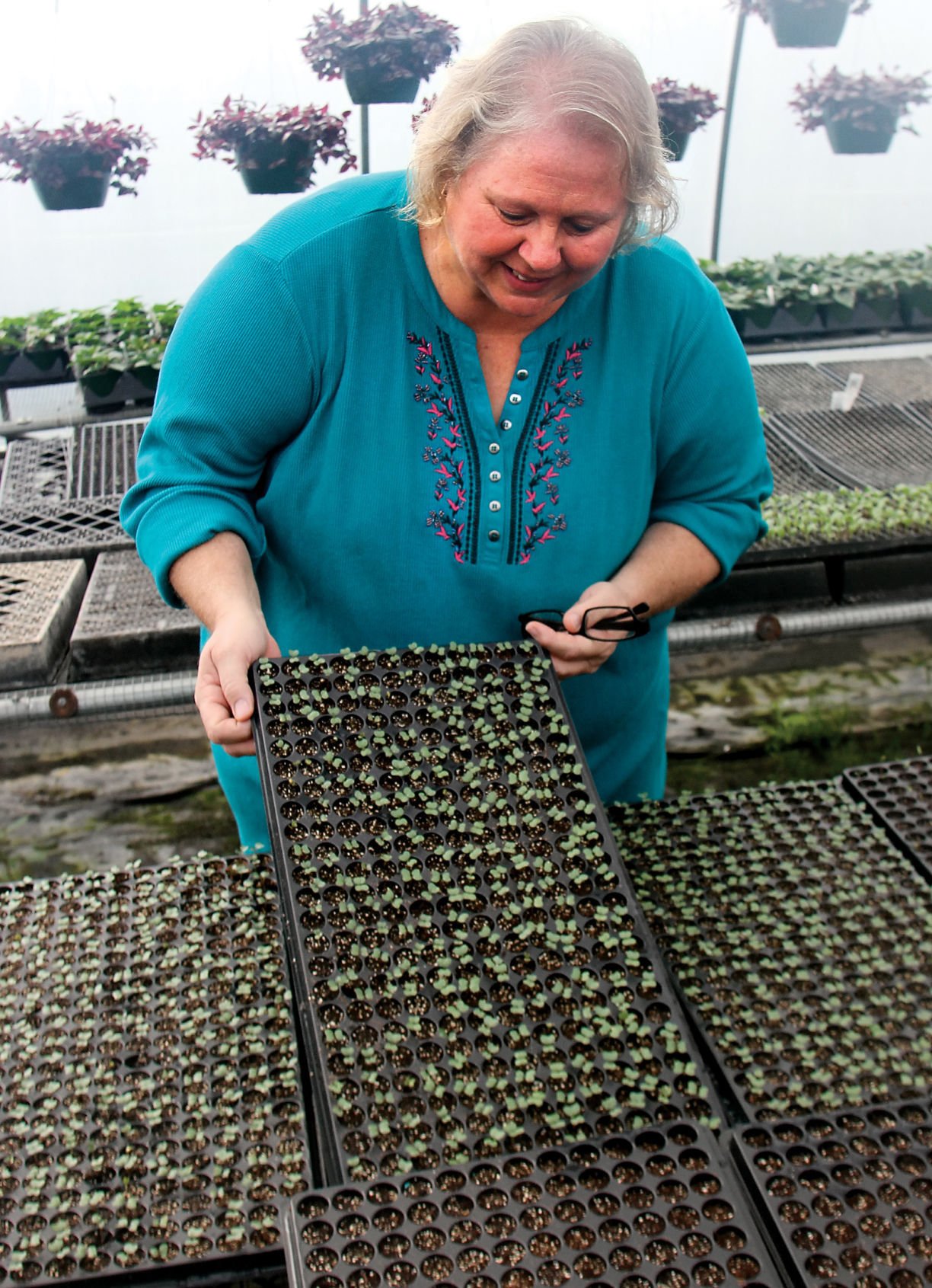 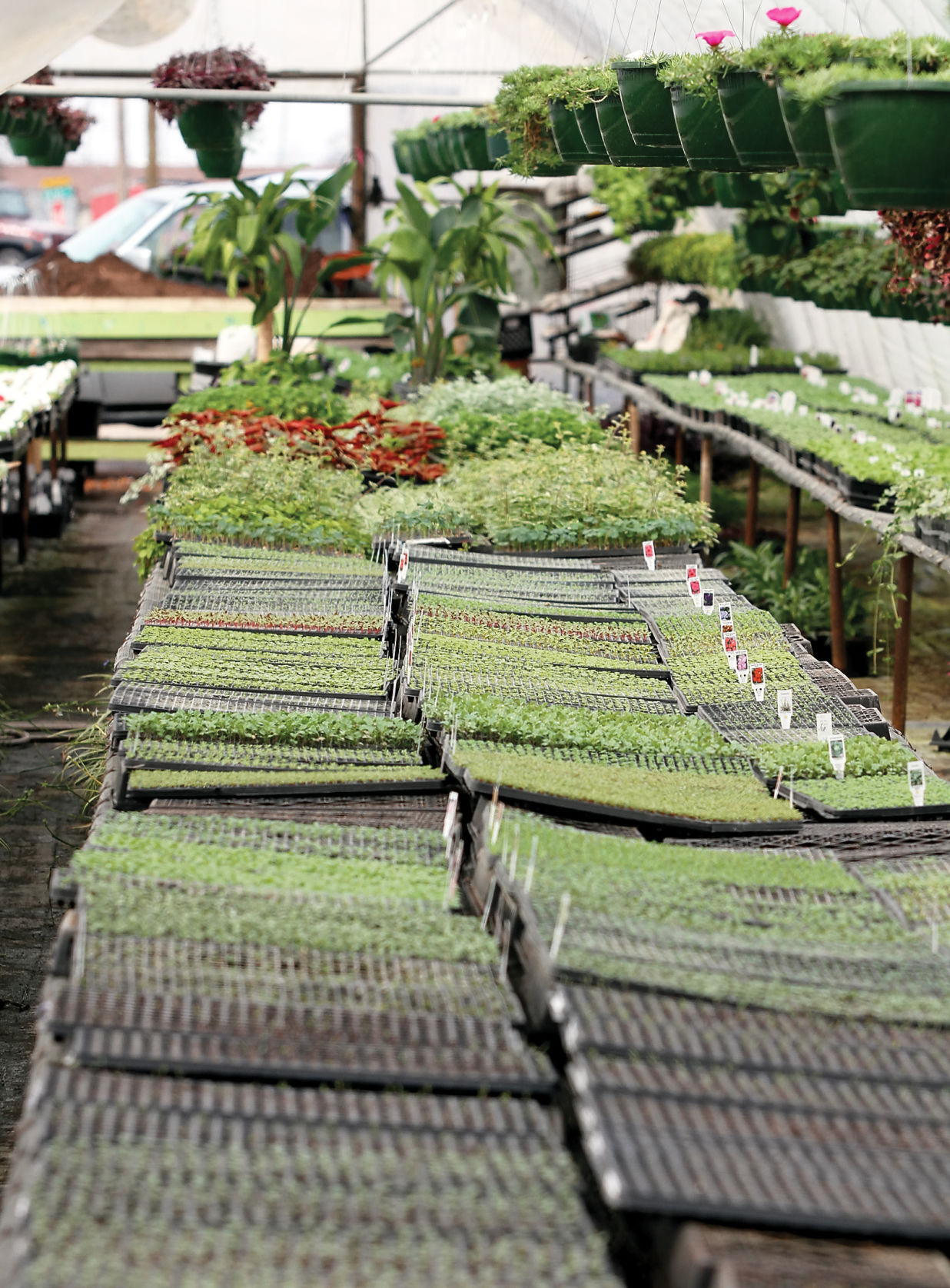 Starter plants grow in the greenhouse at McMahan’s Produce.

Starter plants grow in the greenhouse at McMahan’s Produce.

With daffodils in bloom and songbirds beginning their seasonal serenades, some may be wondering if spring has come early for East Tennessee.

In fact, the abnormally warm February temperatures already hit a new record-peak last week, reaching 77 degrees Feb. 12 and surpassing the 76-degree high that was set in 1984.

Although the spring-like weather has taken many by surprise and will certainly impact the region’s agriculture, John Wilson, director of the University of Tennessee’s Blount County Agricultural Extension Service, said it’s still a bit early to determine the total effects of the month’s mild temperatures.

“Most agronomic farmers are performing normal practices as weather and field conditions allow,” said Wilson, naming the applications of fertilizer and seeds to wheat fields and pastures. “However, where horticulture crops, especially fruits, are concerned, the mild weather may promote early bud swell and blooming.”

Because spring’s arrival is too soon to tell, Donna Butler, who owns Butler’s Farm with her husband James, said the two have yet to begin the seasonal crop work at their Maryville farm.

“Bushes and trees are budding a lot earlier this year, and some are in full bloom,” Butler said. “It’s really early for that on the farm, so we’re not doing anything in the fields.”

If the warming trend continues through the next month or so and into the official spring season, Wilson said the early budding will not prove to be problematic.

“That’s the big question,” he said. “If we get killing frosts in the March or April period, this could or would mean loss of fruit set and accompanying freeze damage.”

However, the possible impact of current conditions is subject to the weather that will follow in the coming weeks, he said.

Lieber pointed out that, because the region’s final frost is usually around the last week of April, the teasing warmth could open plants up to disease and pests, in addition to cold damage.

“The concern for gardeners is that we have historically still had freezing overnights in April and all these tender leaves will be damaged, and especially delicate plants can be killed,” Lieber explained. “East Tennessee has always had one last lick of winter well into spring that could kill plants put out too soon.”

Susan Hamilton, director of University of Tennessee Gardens, the state’s official botanical gardens, agreed that certain plants, including weeping willows, are blooming extremely early for this time of the year.

Not ruling out ‘really hard freeze’

“Of course it’s anybody’s guess, but I wouldn’t be surprised if we have a really hard freeze that will cause a lot of things to be knocked back,” she said.

“It’s one thing to bloom, but it’s another thing to leaf out. If they’re leafing out, it means they’ve broken dormancy,” she said, adding that trees and shrubs may be planted now, but gardeners should hold off on any annuals or tender perennials until Tennessee’s ever-changing weather has further stabilized.

In 2007, for example, Hamilton said several Japanese maples that had leafed out in the milder-than-usual weather eventually were destroyed when cooler temperatures hit later in March and April.

“A lot of things are beyond our control with what Mother Nature is doing,” she explained. “It’s one of the challenges of living in this region.”

When asked about the potential of another Blizzard of ’93, the “Storm of the Century,” which brought 16 inches of snow to East Tennessee in the middle of March, Hamilton said, “There’s always that possibility.”

Enjoy the magnolias and daffodils while you can, she said.