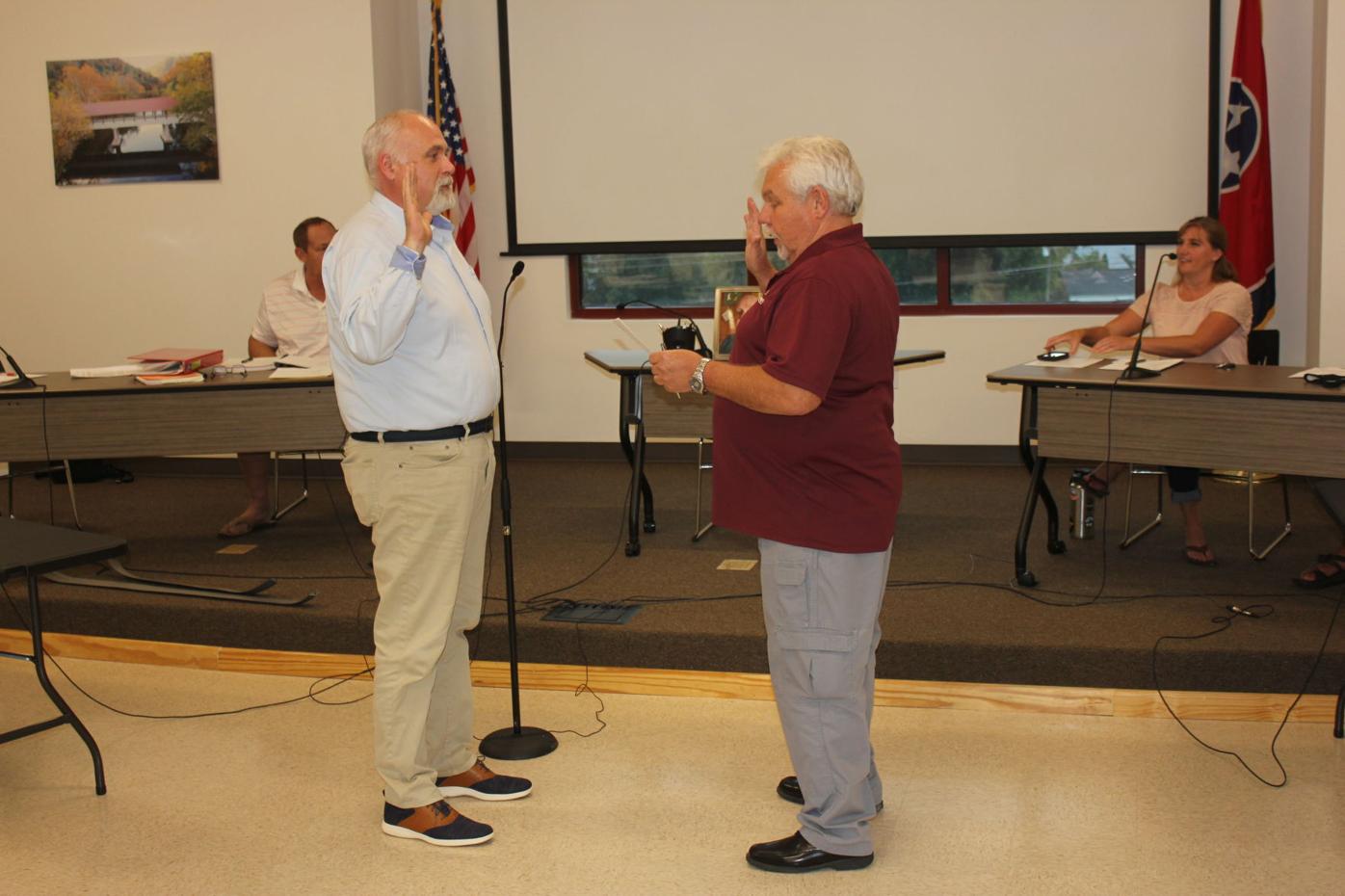 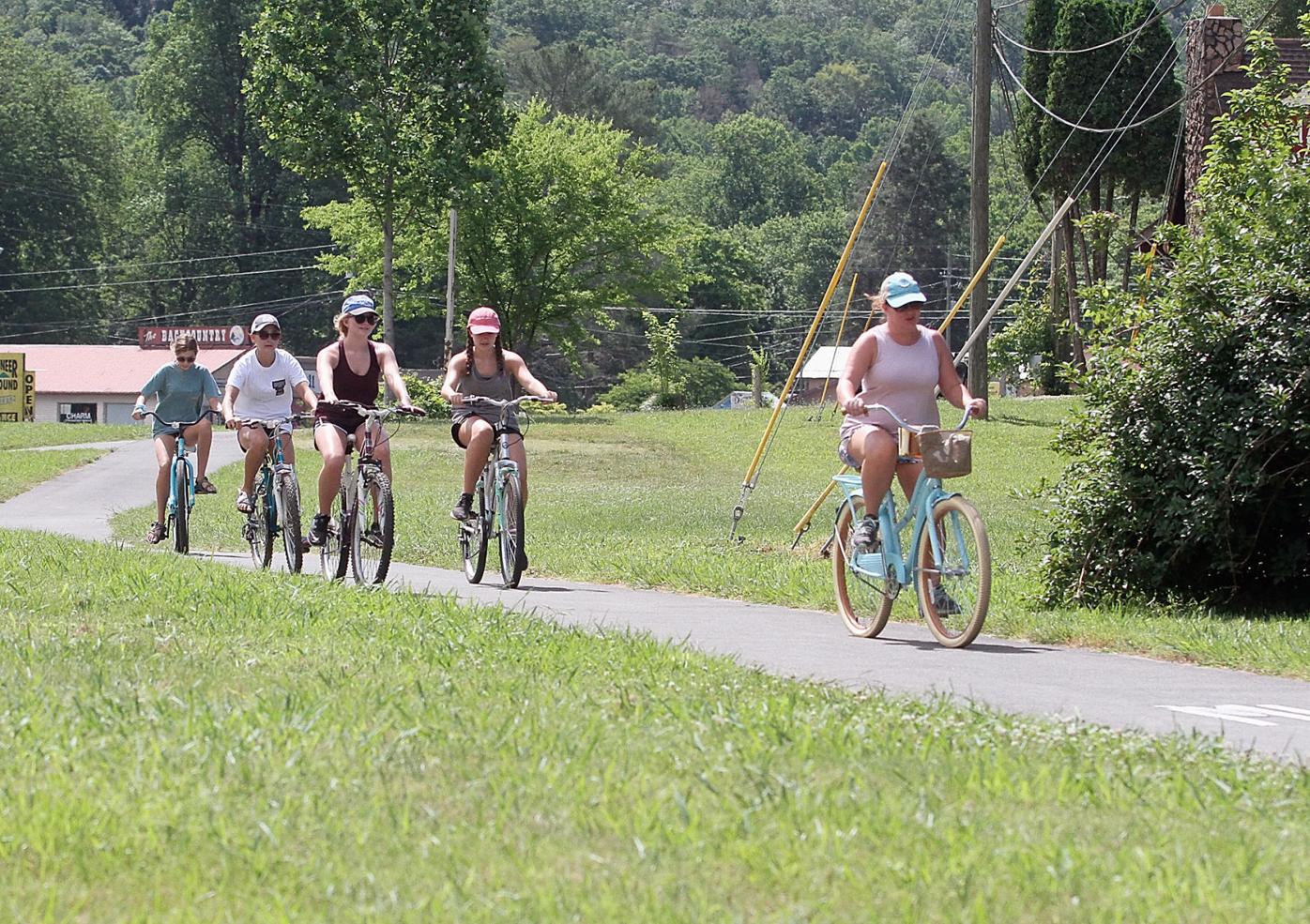 Heather Edwards (from right), Madi Edwards, Bella Edwards, Brinley Giambione and Emmie Edwards spend a June morning riding their bicycles along the greenway in Townsend. The greenway is suffering from some disrepair, and new Commissioner Don Stallions said he’s interested in addressing it during upcoming work sessions.

Heather Edwards (from right), Madi Edwards, Bella Edwards, Brinley Giambione and Emmie Edwards spend a June morning riding their bicycles along the greenway in Townsend. The greenway is suffering from some disrepair, and new Commissioner Don Stallions said he’s interested in addressing it during upcoming work sessions.

Don Stallions is the newest member of Townsend’s Board of Commissioners after the death of Mayor Ron Palewski pushed the city to reorganize its top leadership team.

Sitting commissioners nominated and unanimously voted for Talley as mayor and Martin as vice mayor. Talley was voted to be commissioner in charge of police-related matters, Godfrey the streets and maintenance, and Stallions the recreation commissioner.

Though he already serves as Blount County general services director with an office at the courthouse, Stallions is also the Townsend Volunteer Fire Department chief, a role he’s held since 2005. Before that he was a volunteer firefighter.

Commissioners approached Stallions before the Tuesday vote, he said in an interview, so the nomination didn’t catch him by surprise.

“It’s an honor to fill Ron’s position,” he said. “It dovetails with a lot of other things I’m doing with the community as far as the fire department. I’m excited to get my feet wet, though I have to learn a little bit.”

Stallions lives within walking distance of the city’s town hall and community center as well as his firefighting home base, the old school building which is a station and training center.

He has a family connection to the city as well. His wife’s father was a Townsendite and taught at the high school.

Commissioners are careening toward a full plate of decisions for the rest of 2020. Palewski’s death from a cardiac-related illness shook those who were close to him. But it also deprived the city of many decision-making hours. As commissioner, Palewski was dedicated to researching issues and building partnerships before matters came to a vote.

City Recorder Danny Williamson said the mayor often was in town hall offices, even in the last few weeks of his life.

Tuesday, commissioners decided to tackle a handful of issues in the coming work sessions including tubing, bike trail repairs and filling the building inspector’s vacated position.

Stallions said he’s especially interested in taking a closer look at bike trail repairs, an issue several citizens said has been overlooked, though Williamson said the city has received quotes of about $250,000 for the job.

“Obviously it’s a draw for our area and a use for our citizens,” Stallions said. “It’s a dual use and something that’s worth investigating. And I think that’s the key for Townsend’s future: balancing the tourism which is extremely important for businesses but also making it a livable community for the residents. That’s always a struggle, but from a 30,000-foot overview, I think that’s what it comes down to.”

He explained even though he’ll have to wear at least three different professional hats now, he’s supported by good crews in each role.