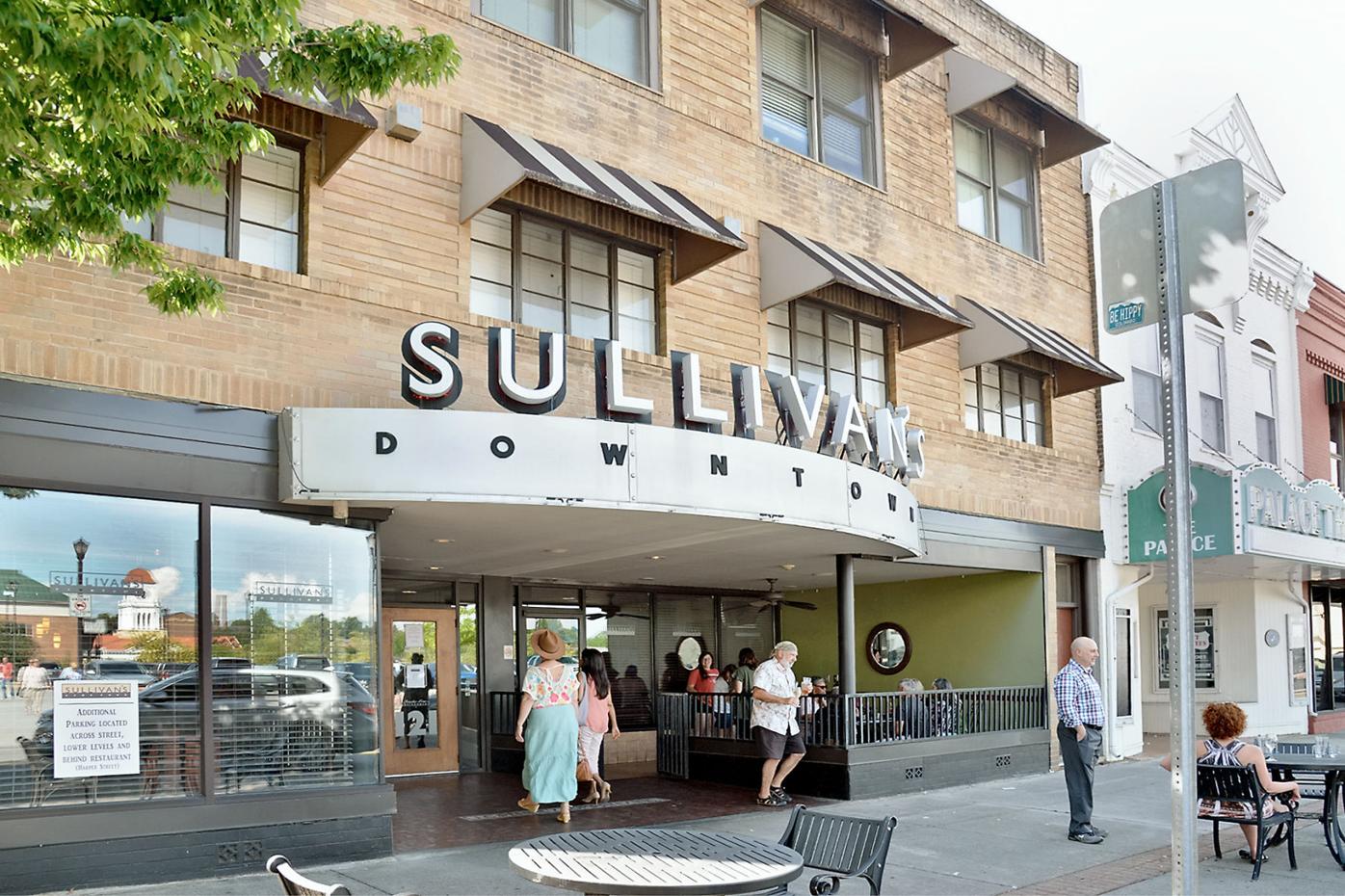 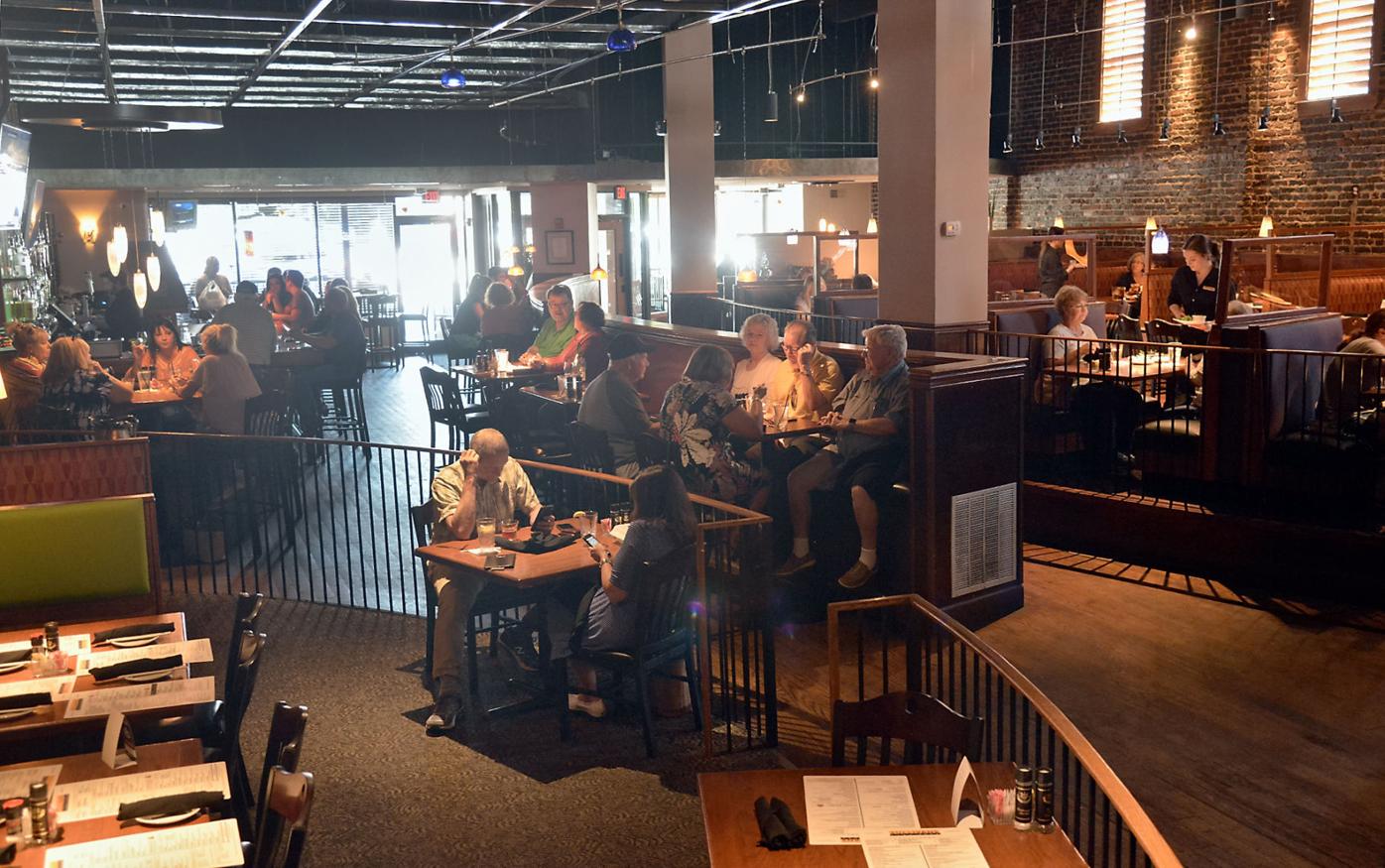 Customers enjoy some of the last meals served at Sullivan’s Downtown in Maryville. The restaurant will close for good after last call Saturday, set to be replaced by a Tuscan-themed grill. 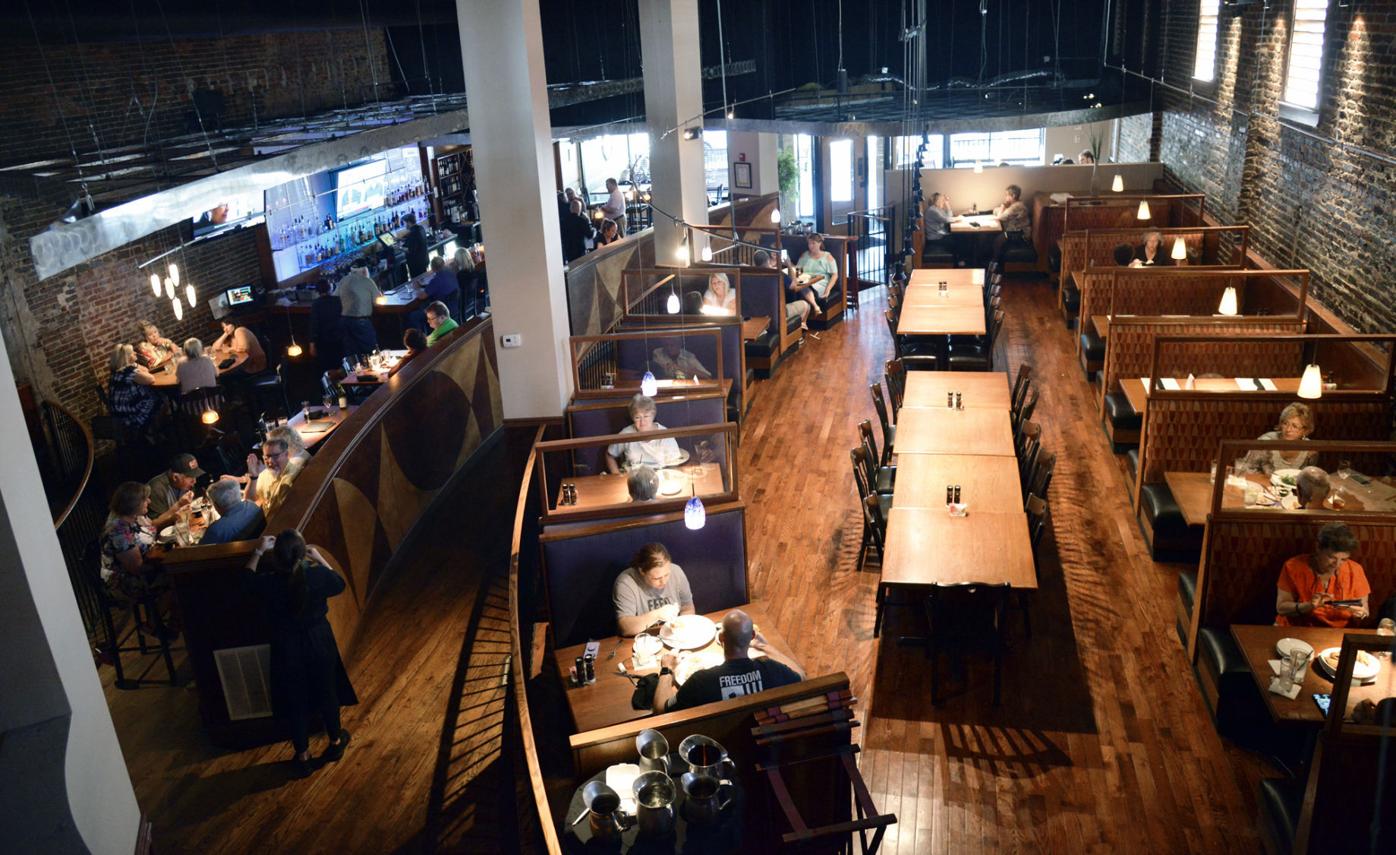 The dining area at Sullivan’s Downtown, as seen from the upper seating area, is seeing a steady stream of diners as the popular restaurant nears its closing date, today.

Customers enjoy some of the last meals served at Sullivan’s Downtown in Maryville. The restaurant will close for good after last call Saturday, set to be replaced by a Tuscan-themed grill.

The dining area at Sullivan’s Downtown, as seen from the upper seating area, is seeing a steady stream of diners as the popular restaurant nears its closing date, today.

Irvine said in the Facebook post that it was “time to quiet my responsibilities at this time in my life to enjoy more fully time with family and friends.”

The eatery opened in 2003, remodeled a space that used to be a JCPenny: It was built for the department store in 1925, according to reporting from The Daily Times.

“It is with heavy hearts that we say ‘Goodbye,’ yet we feel so honored that we have had the privilege to be a part of your community for so long,” Irvine posted. “It has been such a blessing to be enveloped in the warmth of your welcome and support over all of these years.”

Irvine told The Daily Times on May 27 by phone he had been trying to “dispel rumors” the business would close: He said he knew someone was buying the building but said “no” when asked if the business would be closing its doors for good.

He did not respond to multiple calls Friday.

The closure was sudden, and people noted online some employees only learned of the closure from the post itself.

Also on Friday, Southern Cross Real Estate Partnership representatives announced it bought the Sullivan’s building and signed a lease with Pistol Creek Hospitality Group, “which will be opening a new restaurant called Bella in the former Sullivan’s space,” according to a news release, “a Tuscan grill concept offering fresh salads, meats, poultry and seafood.”

Bella owner and Knoxville-based Spaces in the City President Lori Klonaris said in the release the restaurant’s goal would be “to bring a fresh and lighter approach to Italian regional dishes to downtown Maryville.”

Spaces in the City will manage the restaurant, according to the release. Other leadership at the event and dining company includes Corporate Executive Chef TJ Saunders and Vice President of Business Development Chris Williams.

Southern Cross Real Estate Partnership is owned by Massey Properties and David A. Shanks, according to legal representation with Massey.

The Daily Times asked Klonaris by phone Friday if there were plans to rehire Sullivan’s employees.

“Our intention is to rehire everybody who wants their job back,” Klonaris said. “We had actually tried to negotiate something with the previous owners so there would be no interruption in their jobs but we were unable to come to an agreement.”

She said she has work right now in Knoxville for former Sullivan’s employees who want it and said they could reach her at lori@spacesinthecity.com.

Klonaris added she was “shocked” when Irvine announced he would close the business Saturday. “It was news to me as well,” she said.

Sullivan’s was a part of the Maryville Downtown Association, a group of businesses working together to promote a vibrant business community in the area. Its executive director, Pete Simmons, said Friday that Sullivan’s was “very supportive of MDA events and fundraising endeavors. It’s really been an anchor for downtown Maryville. ... We certainly wish Charles the best,” Simmons said.

He said he had just learned about Bella and therefore wasn’t able to comment on specifics but said that whoever moved in, MDA would work to “make sure they’re successful and have the resources they need to build relationships within our community.”

Another Sullivan’s location, in West Knoxville’s Rocky Hill neighborhood, will remain open “for years to come,” Irvine said in the post.