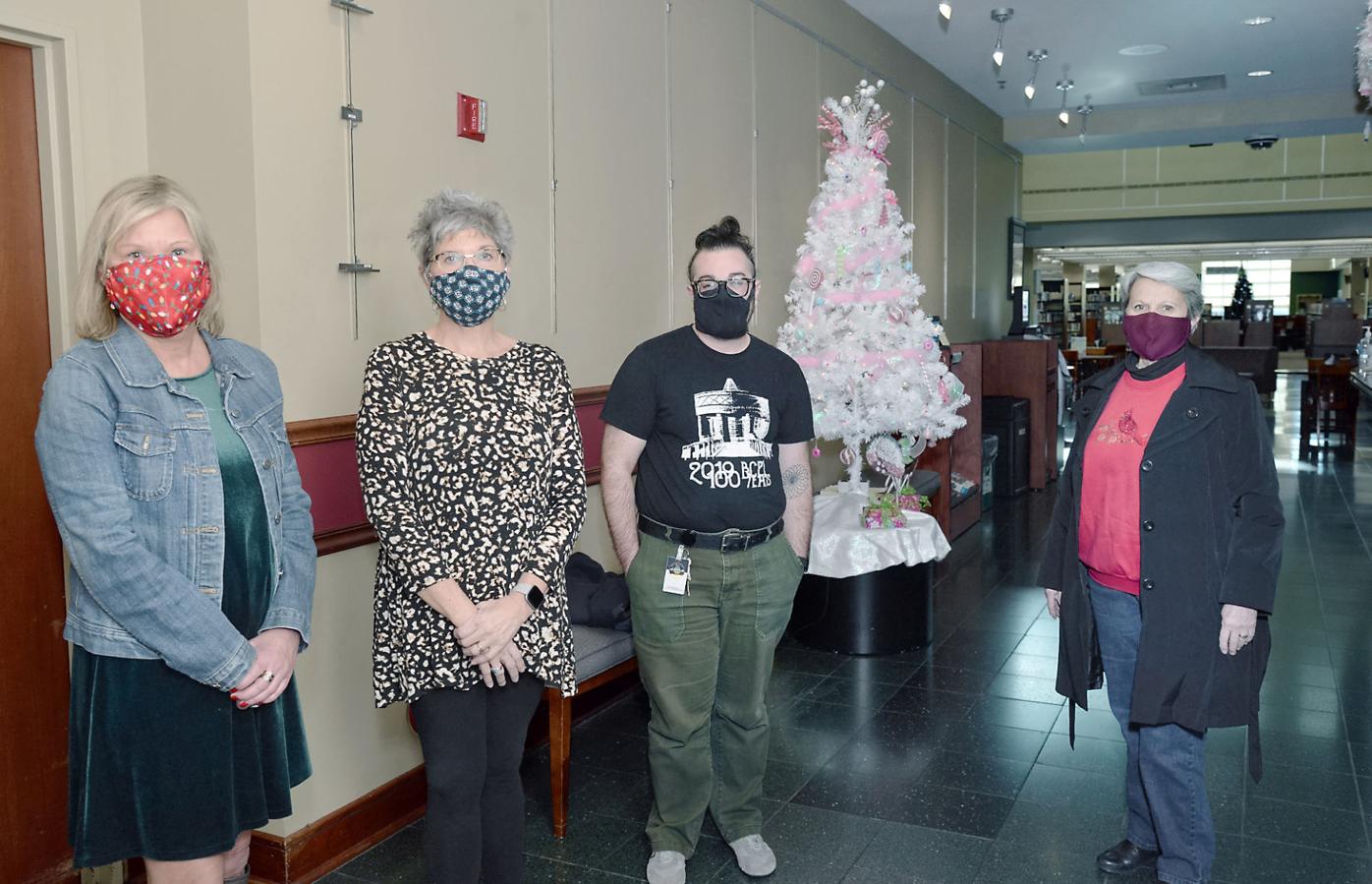 Mary Moreland (from left), Kathi Parkins, Arie Baker and Sue Wyatt gather at the Blount County Public Library to go over plans for a new nonprofit called A Place to Stay, which is setting up inside the library. Moreland is the nonprofit’s executive director. 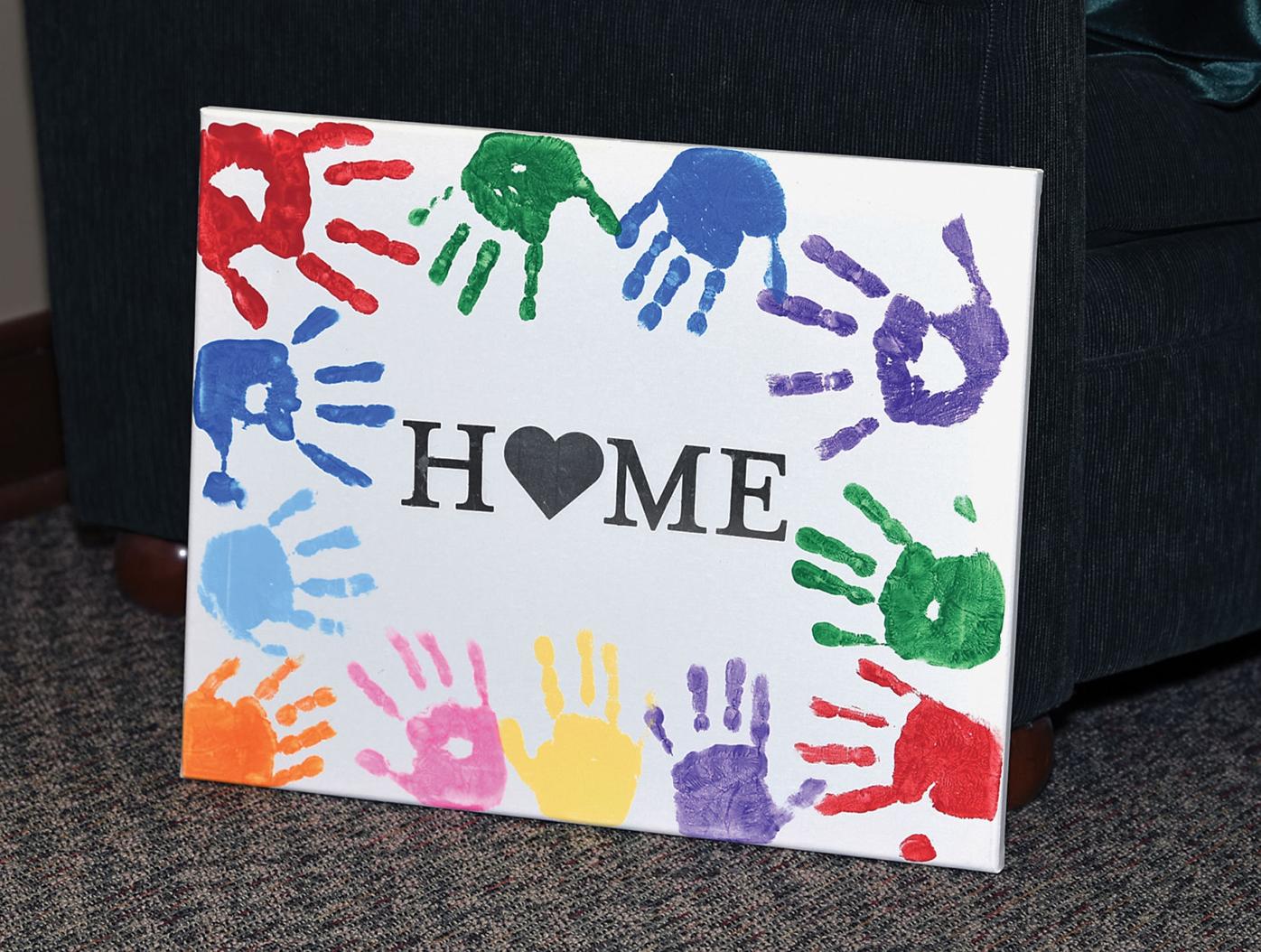 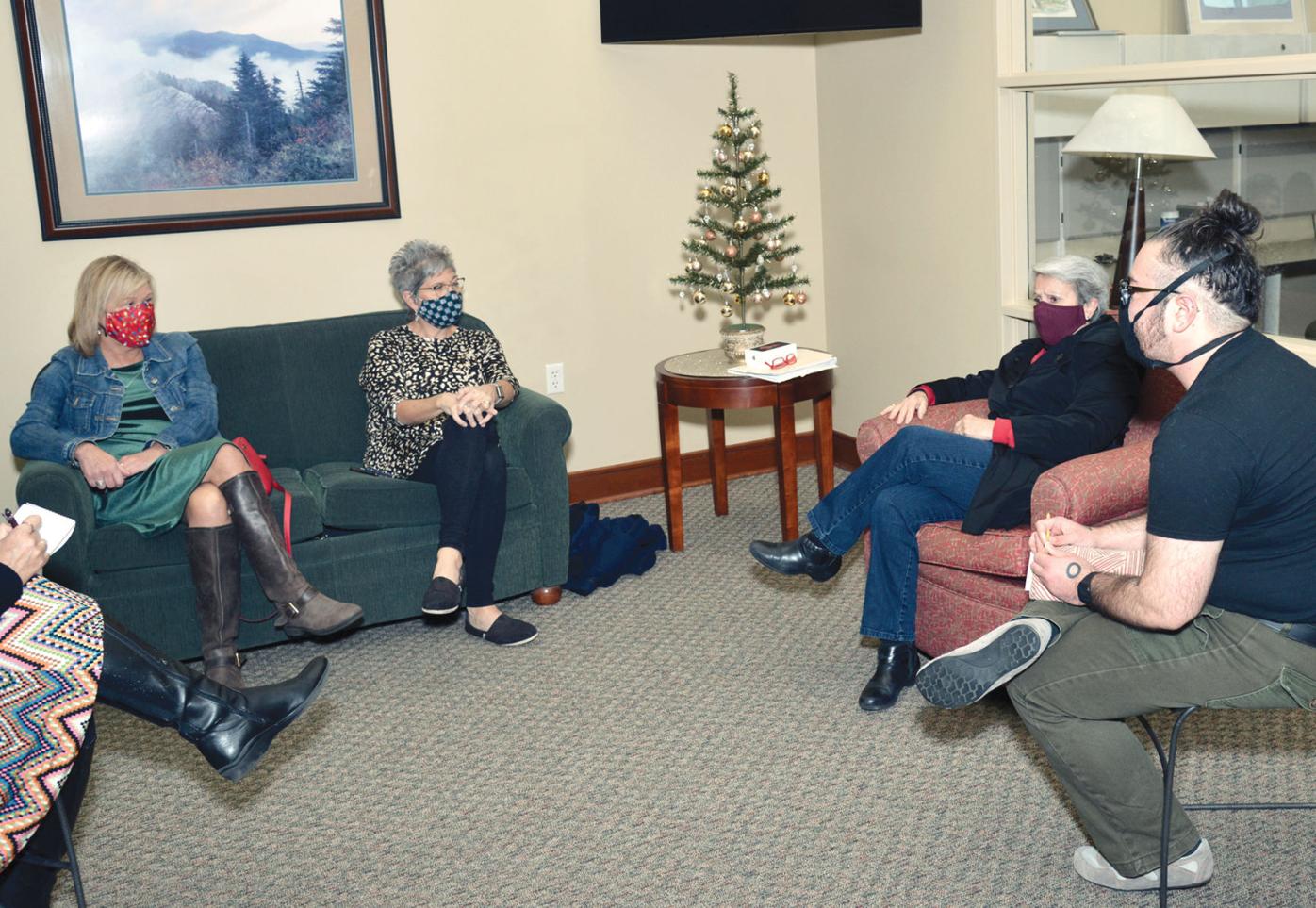 Mary Moreland (from left), Kathi Parkins, Sue Wyatt and Arie Baker discuss the need for a nonprofit that works directly with this community’s homeless population. A Place to Stay will have an office at the library but needs funding. 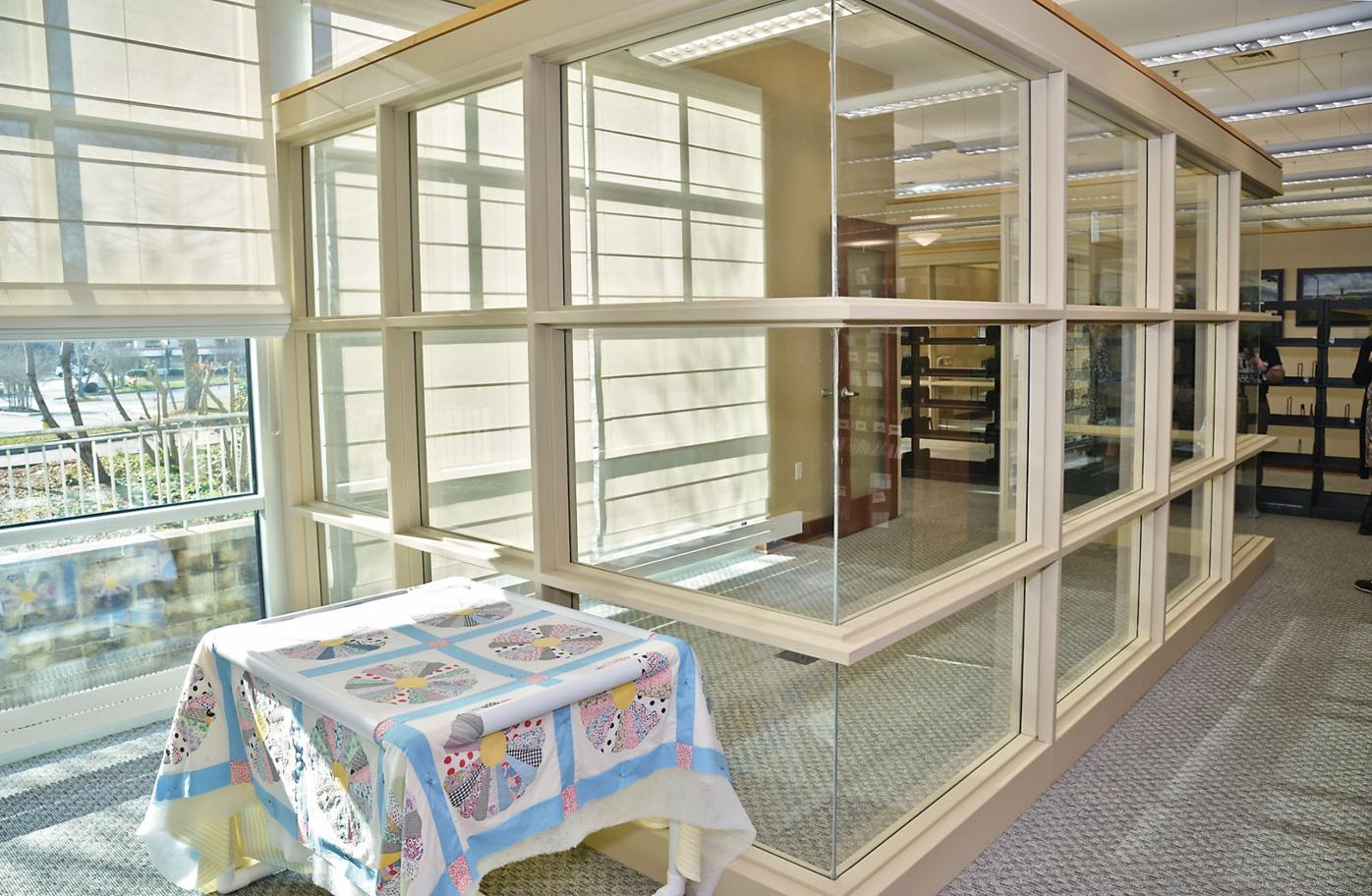 An office space in the Blount County Public Library will serve as the office for A Place to Stay.

Mary Moreland (from left), Kathi Parkins, Arie Baker and Sue Wyatt gather at the Blount County Public Library to go over plans for a new nonprofit called A Place to Stay, which is setting up inside the library. Moreland is the nonprofit’s executive director.

Mary Moreland (from left), Kathi Parkins, Sue Wyatt and Arie Baker discuss the need for a nonprofit that works directly with this community’s homeless population. A Place to Stay will have an office at the library but needs funding.

An office space in the Blount County Public Library will serve as the office for A Place to Stay.

As far back as 2012, homelessness was so much on this community’s radar that the Blount County Response to Homelessness Task Force was created.

That year, United Way did its first “Point-in-Time Count” of Blount’s homeless population. Officials counted 390 homeless, many of them women and children. The count was done by adding up the number of people in local homeless shelters and those partaking of free meals at area programs along with volunteers combing places that are known to be frequented by those seeking shelter.

UW, BCEAC, Blount Chamber and government official from the county and also cities of Alcoa and Maryville endorsed the plan.

The most recent homeless figures for Blount County are from 2018, when there were about 285 cited as homeless. That included 184 family members and about 100 individuals. Of that total, 145 were female and 140 males.

Officials said they were stunned to learn there were 88 homeless children ages 17 and under. Those 25 and over represented 172 of the 284 total.

Reasons for being homeless included fleeing domestic violence, mental illness, substance abuse and physical disability. Ninety of those homeless in 2018 were homeless for the first time.

Progress has been made, said Sue Wyatt, a member of BCEAC and the task force. The public is now more educated about homelessness, there’s been the creation of a warming center at First Baptist in Maryville and provisions have been made for case management for both homeless individuals and families, she explained.

But more is needed, Wyatt added.

A new nonprofit is formed

“All of this is coming out of a 10-year response to homelessness in the community that started eight years ago,” Parkins said. “We realized we had made as much progress as possible but we needed to go further with a nonprofit to take ownership of the homelessness response.”

The challenge in helping the homeless has been how to meet them where they are, instill trust and spend the time to get them the help they need.

The Blount County Public Library also has faced those issues. Staff members have come into contact with the homeless, who sometimes spend their days in the safe environment that is the library. With public access to computers, library staff is able to help those who come in to look for jobs, seek housing or connect with other resources and do that daily.

A Place to Stay and BCPL are now partnering with the new nonprofit on a new library office. Arie Baker, library education services manager, said the two agencies can work hand in hand to make a difference.

Bringing along a community partner

“The library has always been welcoming to anyone,” Baker said. “We definitely want anyone and everyone to feel welcome in the space and for it to be accessible to everyone. The benefit of the partnership for us is whenever we have questions that we don’t have the ability and resources to handle that require relationship work in order to be effective — that is now a resource that we can provide that we aren’t doing right now. We can tell people who to call or where to go, but we don’t have the capacity to work with that person to make sure they have a ride to that place. ... It is something we are dealing with every day.”

In addition to this forging of resources, Parkins said A Place to Stay already has connected with Family Promise, a nonprofit that provides emergency housing for the homeless, and Good Neighbors of Blount County, which also provides emergency assistance with expenses such as rent and utility bills.

Parkins said the focus will be on those who are precariously housed, like the people who are living in their cars or sleeping on a friend’s couch because they have nowhere else to go. But there are other issues related to homelessness, such as mental health, she said. A Place to Stay is also forming a relationship with the Helen Ross McNabb Center.

Moreland isn’t new to the world of nonprofits or what they are capable of. She worked for the Juvenile Diabetes Research Foundation for years as an associate director. She said the timing for getting A Place to Stay off the ground is critical because unemployment now is high and families are struggling to put food on the table.

She said she is extremely grateful for this opportunity. “I feel blessed that I get to be part of building a foundation to form a nonprofit that is going to be amazing,” she said.

Housing and a whole lot more

Affordable housing has been a Blount County problem for years. Parkins served as executive director of Family Promise for years and saw many families forced out on the street because they couldn’t afford their rent.

The fair market rent for Blount County back in 2018 was $549 a month for a small apartment, whereas a person working full time year-round at minimum wage could only afford $348 based on standard housing guidelines. A person making $31,200 per year or $15 per hour can barely afford a one-bedroom rental in Blount County, which is $694, data shows. It takes a combined income of $18 per hour to afford a two-bedroom rental, which is $846, according to fair market rent data.

Now that A Place to Stay has been established, the next giant step is funding. Parkins said it has received a donation from a generous benefactor and applied for a United Way grant. But more support will be needed, she said.

Once someone gets housed, officials can work on other things, Wyatt said, such as transportation and health care — goals of A Place to Stay.

In addition to having office space at the library, A Place to Stay also will do some street outreach, Parkins said, adding officials have reached out to the library because they know the homeless population spends time there.

“The employees are so empathetic and gracious and accepting,” Parkins said. “It is a warm and welcoming environment to everyone. No one is put out because of their circumstances.”

Baker said the library staff became aware of just how much people depend on the library when it was forced to close during the pandemic.

“We had our parking lot full every day with people sitting in their cars using the internet,” he said. “The outside exterior of our building was heavily used during that time. There were thousands of hours of use even though we were closed.”

The plan is to have A Place to Stay in its office space at the library in January, Wyatt said. They are looking for a part-time coordinator. This nonprofit continues to make contact with similar organizations that want to be on the front lines in a fight to end homelessness.

“Blount Countians care a great deal about their neighbors and have been hard at work on this problem for a long time,” Wyatt said. “Several nonprofits who do amazing work include Family Promise, McNabb Center, Good Neighbors, Haven House, Heaven Sent Home, numerous food pantries and others. APTS is intended to network these groups in order to enhance their impact on folks dealing with homelessness, identify gaps in services, implement and update our 10-year plan and provide our neighbors a central location where they can get information about the services available to them.”

A Place to Stay is a new nonprofit established in Blount County to combat homelessness. Office space has been provided at the Blount County Public Library. Financial support is needed to launch the program. Contributions can be sent to A Place to Stay, P.O. Box 6185, Maryville, TN 37802. For more information, email info@aplacetostaybc.org.