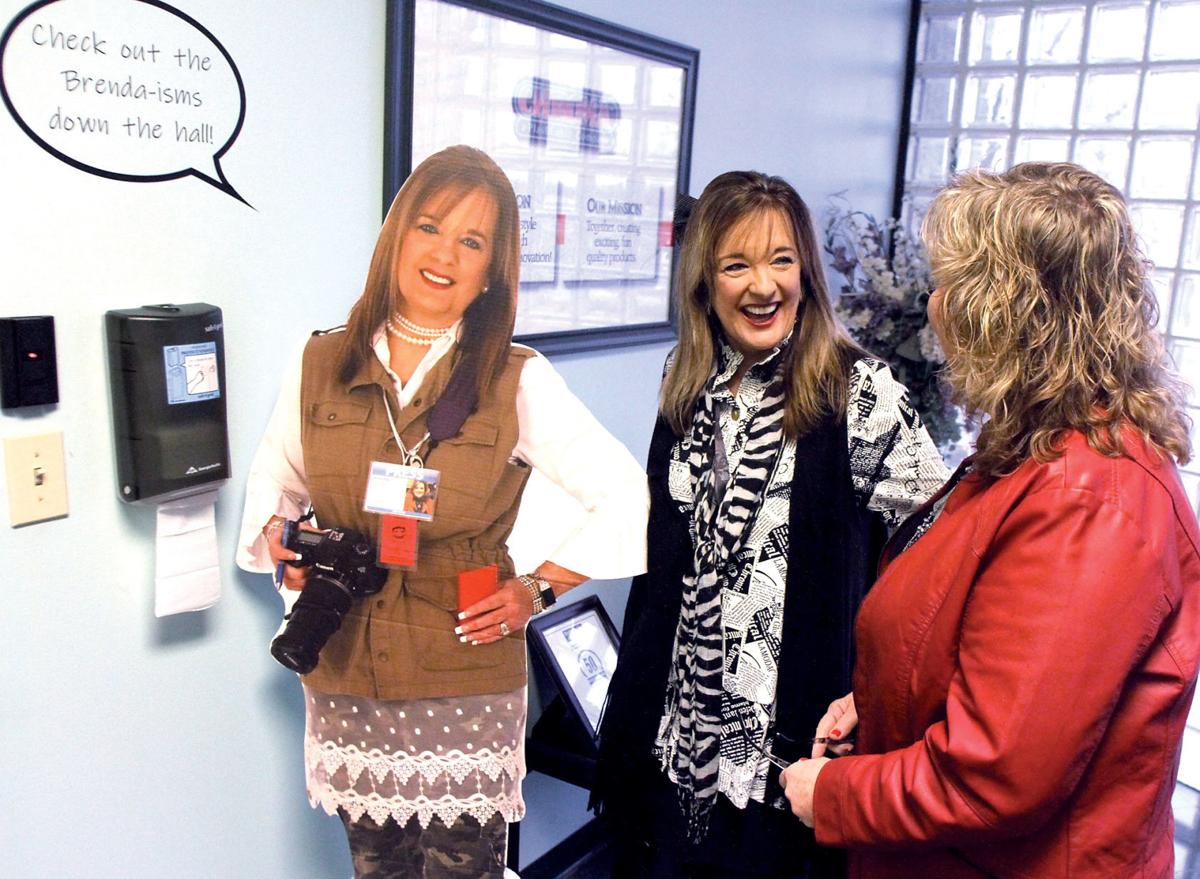 Brenda Sellers (left) shares a laugh with Regina Jennings about her cutout and her “Brenda-isms,” during Sellers’ send-off party from Chroma on Tuesday. 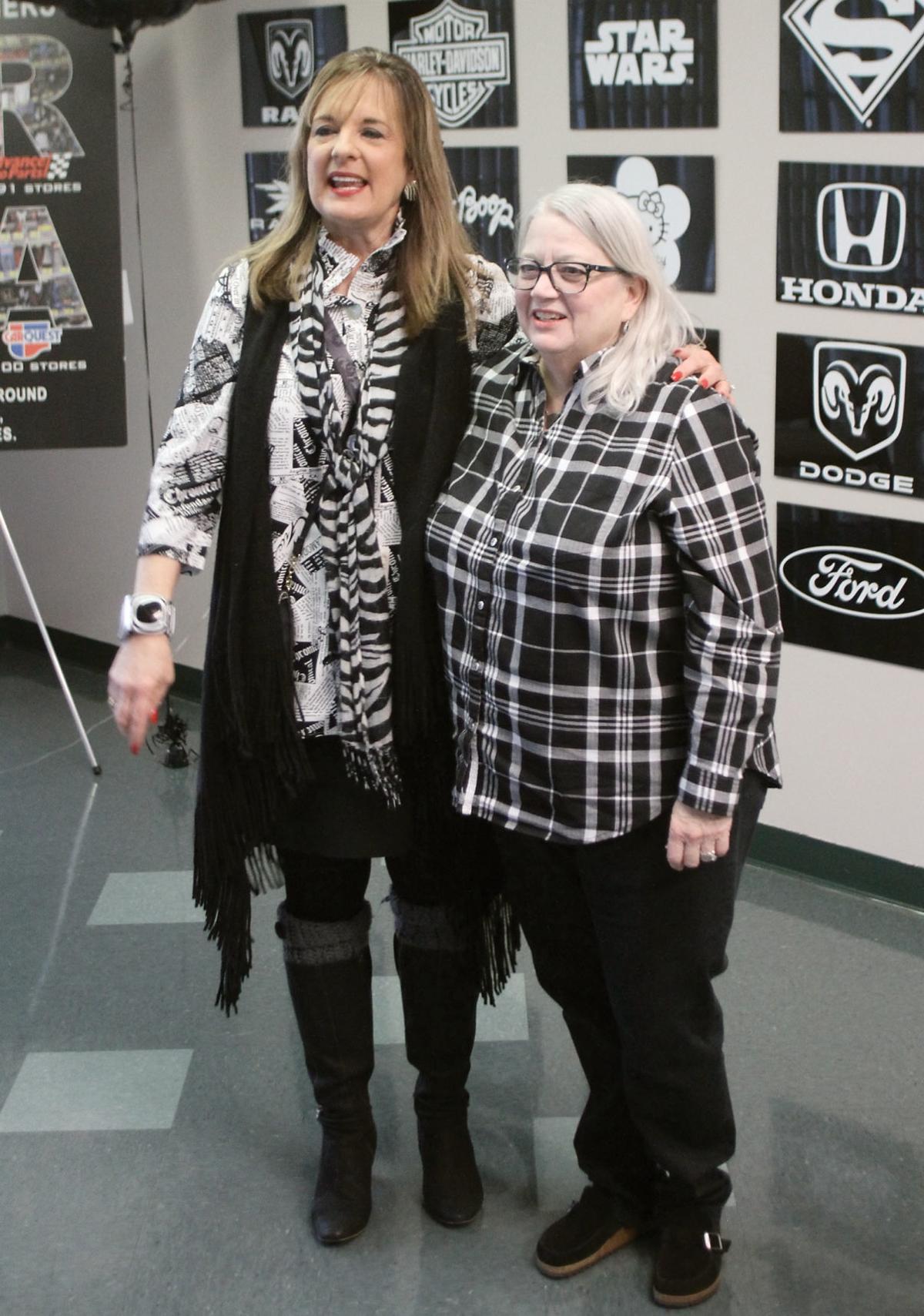 Brenda Sellers (left) talks with Lisa Blackwood at Sellers’ send-off party Tuesday at Chroma. Sellers is leaving the business to care for her husband. 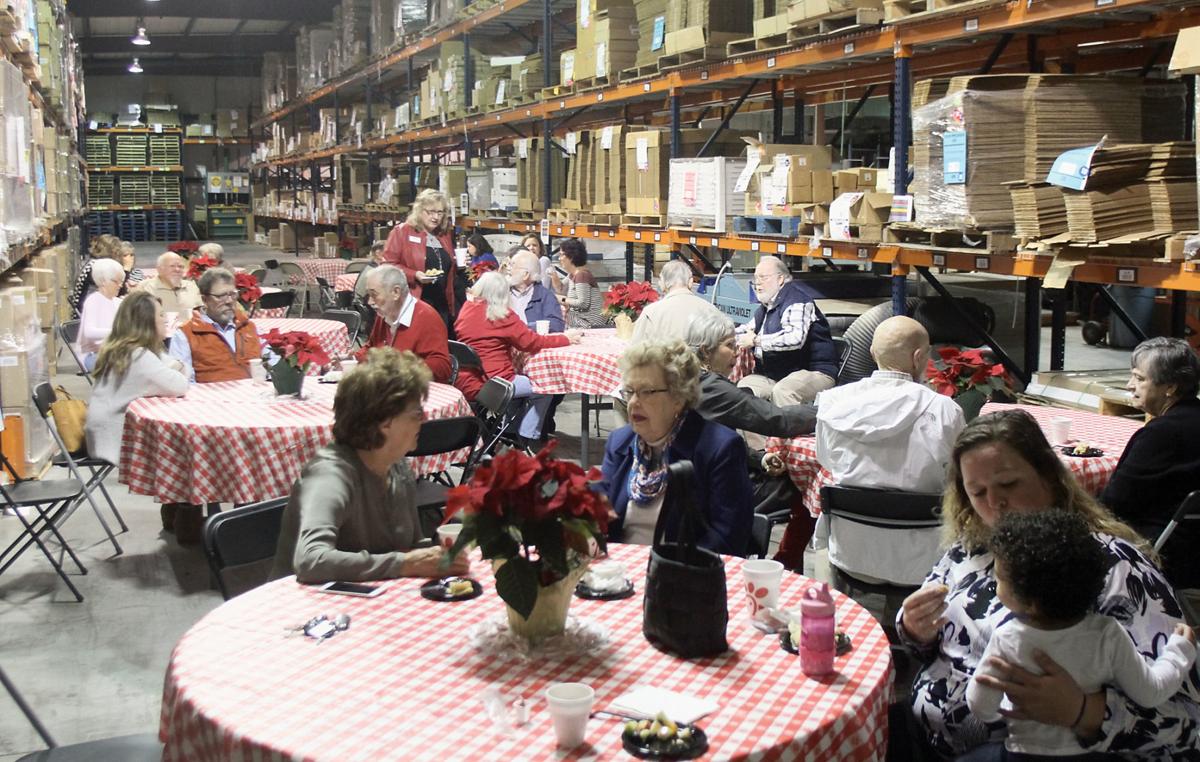 Chroma held a send-off party Tuesday for Brenda Sellers, who is retiring. Many community leaders, friends and former employees were invited. 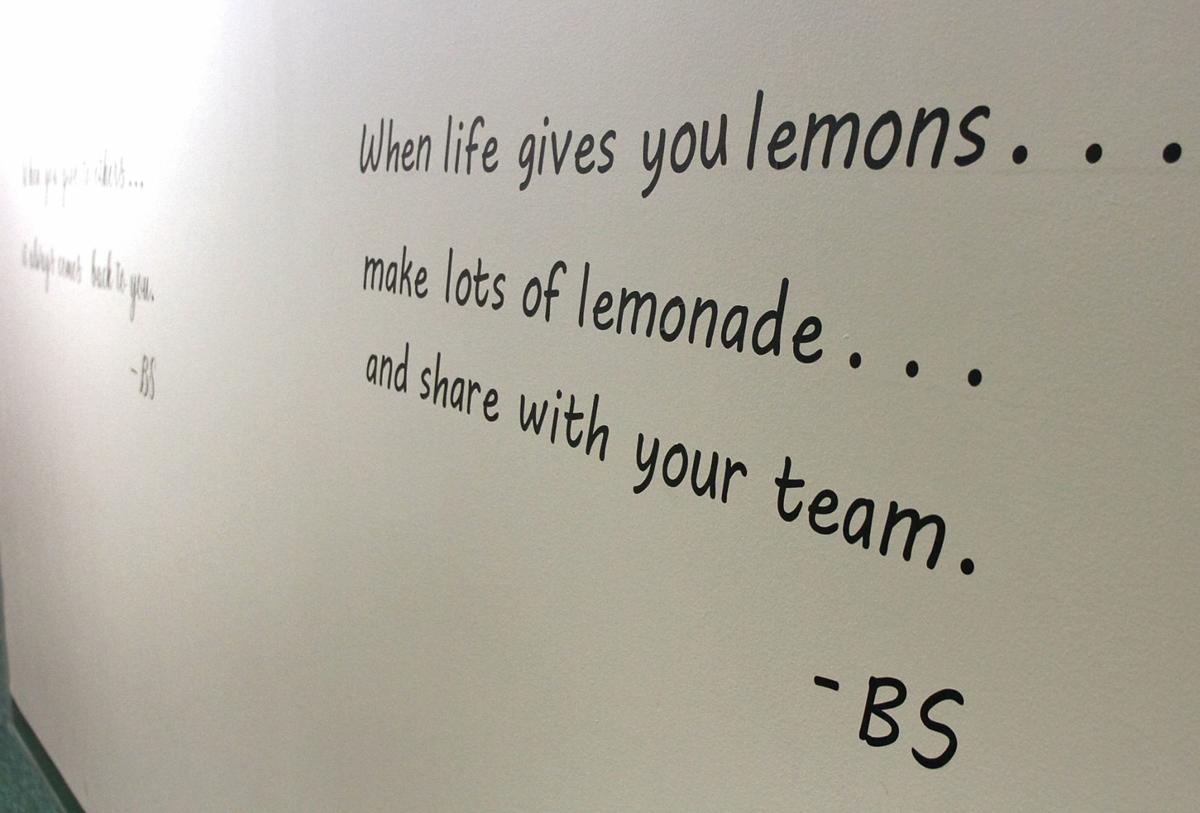 Brenda-ism’s line a hallway at Chroma — sayings used by Brenda Sellers with her workforce.

Brenda Sellers (left) shares a laugh with Regina Jennings about her cutout and her “Brenda-isms,” during Sellers’ send-off party from Chroma on Tuesday.

Brenda Sellers (left) talks with Lisa Blackwood at Sellers’ send-off party Tuesday at Chroma. Sellers is leaving the business to care for her husband.

Chroma held a send-off party Tuesday for Brenda Sellers, who is retiring. Many community leaders, friends and former employees were invited.

Brenda-ism’s line a hallway at Chroma — sayings used by Brenda Sellers with her workforce.

Norman Vincent Peale taught us “The Power of Positive Thinking,” and Dale Carnegie was the source on “How to Win Friends and Influence People” back in the day.

The 21st century female version of these two motivational authors lives right here in Blount County. And on Tuesday morning, she was greeted by supporters who offered their best wishes for a happy retirement.

Brenda Sellers, a Blount County native, starter of businesses and world traveler, is stepping down as president of Chroma, a homegrown business that’s been in Maryville since 1972. It provides products to 150 customers worldwide in 20,000 retail stores.

She decided to retire to devote more time to her family, specifically her husband Ed Young, who suffers from post-traumatic stress disorder and other health issues. He retired after 40 years as a captain with the Knox County Sheriff’s Office.

Priorities are in order

“I have not always put family first,” Sellers said at her reception Tuesday. “I haven’t, I admit it. I have done a lot of traveling in my job, but now it’s time to focus on family.”

Those who know Sellers know she won’t be idling for long. In fact, she has been working on a book for about 10 years and said she is six months to a year from having it published. It’s called “You Slept Where?” and is an autobiographical narrative of Sellers’ odd sense of adventure.

Under the water, with polar bears, in a silo, at the bottom of the Grand Canyon and in a wigwam on Route 66 — that’s the answer to the question her book poses. Each chapter tells about one of her “bizarre adventures,” she said. Mixed in with the wild quests are details about her closer-to-home realities — taking care of aging parents and the like.

She grew up on a farm with two brothers. Her parents, Harold and Katherine Prater, are now deceased.

This Friendsville High School graduate didn’t waste any time after getting her diploma. By the time Sellers was 18, she owned her own detailing shop.

Over the years, Sellers advanced her education at Knoxville Business College and took classes at the University of Tennessee. She said Erma Bombeck writers’ workshops and other writing courses have helped her with her many pursuits.

Where in the world?

Her sense of world wonderment can be traced back to fourth grade when Sellers did a project about the Golden Gate Bridge. The young adventure-seeker made her first to-do list. She wanted to visit the Golden Gate and other important landmarks and put them on the list.

“I saw it, I photographed it and I walked across it,” Sellers said of the bridge. “I have always been a list-maker. There is something about being able to mark it off.”

Guests on Tuesday got the opportunity to tour the Chroma facility on Ross Drive in Maryville. Noticeable on the hallway walls leading to the manufacturing area are Sellers’ words to live by — sayings and teachings she has pressed upon her employees.

They call them Brenda-isms and there are plenty to go around.

“No worries — Do your homework. Be prepared.” states one.

“Ring the bell. Raise the bar. Cha-ching” goes another.

“PMA” is one of her favorites. It stands for Positive Mental Attitude.

Sellers’ elementary principal, LeRoy Painter, stopped by Tuesday. So, too, did members of Friendsville High School Falcons basketball team who were teammates of Sellers many years ago. Longtime friend Leroy Rogers made sure he came to express his well wishes, along with Blount County Mayor Ed Mitchell and other county leaders.

Each got their photo made with Sellers.

In addition to “You Slept Where?” she said she has been asked to write a book on empowering women, something she knows about as president of a company for so many years. She also could write a book on visiting the Wonders of the World. She’s been to most. Her list keeps getting additions.

A sense of wonderment

“I am not an avid hiker,” Sellers pointed out. “But I climbed Mount Everest. If I could have sky-dived over it instead, I would have. There were three days that I don’t even remember. I didn’t do well.”

Sellers didn’t summit the mountain; that wasn’t her goal. Instead, it was to be on that majestic peak, taking it all in and then writing about the experience.

Some of her adventures were the result of chance encounters. Like the time she met a scuba diver. Sellers ended up taking a course to become certified and swam with sharks. The scuba diving led to staying in an underwater hotel and that eventually led to sleeping in a 1959 Cadillac.

Most would call her an adventurer. She has another description: She gets bored easily.

“I have to have something to do,” she said. “I always have an ABC plan. If A doesn’t work, I move to B. You have to be flexible.”

Sellers’ last day in the office will be Dec. 20. She said she will continue doing some work from home but will put most of her energies into finishing her book. Her husband is playing a huge role. He ends up being the hero of her life story.

She read the book “Half Time” by Bob Buford and said it has helped her begin to navigate these unfamiliar waters of retirement. She is at halftime in her own life, she explained. She highly recommends the book.

Son Dustin was present for a roasting on Tuesday after the morning reception. While his vocation is music, he called his mom the true rock star of the family.

“My grandmother always told her, just be nice,” Dustin said. “Just be nice. Well, she’s done so much more than that every day and always will.”

“If you ignored all warning signs to not climb the Great Wall of China, do it anyway, and almost get arrested by Chinese police just to get the perfect picture, you might be like Brenda,” he told the crowd of employees. He also mentioned her 700 photo albums and persuading her pastor to jump from an airplane on a sky-diving birthday party.

Sellers’ affinity for Mountain Dew was a topic of conversation. One well-wisher brought her a six-pack. She said the soft drink has plenty of mentions in her upcoming book.

Her last day will probably be an emotional one, but Sellers looks ahead, not back. Mike Karnes will take over as general manager.

“I have no regrets,” she said. None. I have done the work of four or five people. My family needs me now.”