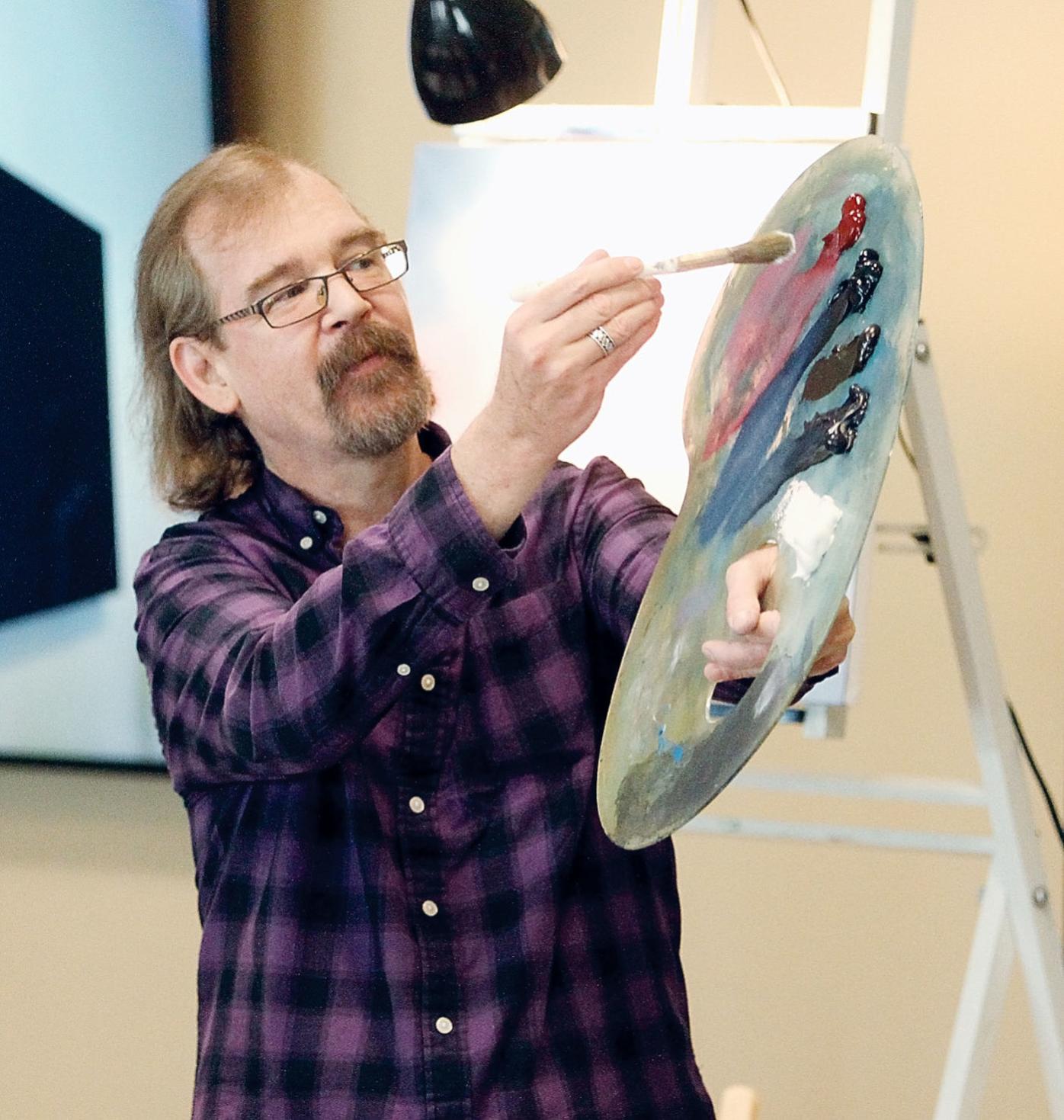 Steve Ross, son of artist Bob Ross, demonstrates how to use the brush for making clouds while teaching painting at the Blount County Library. 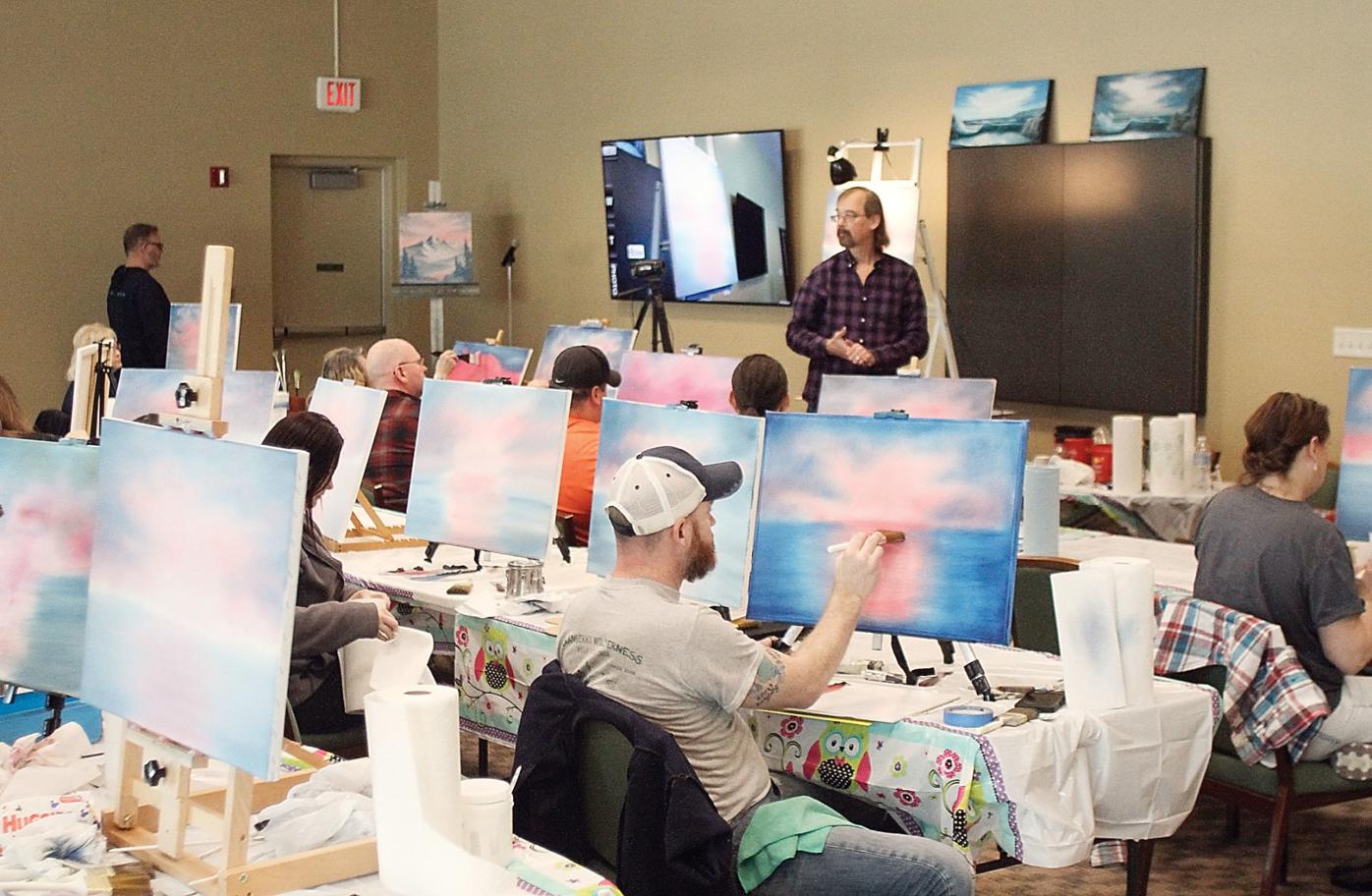 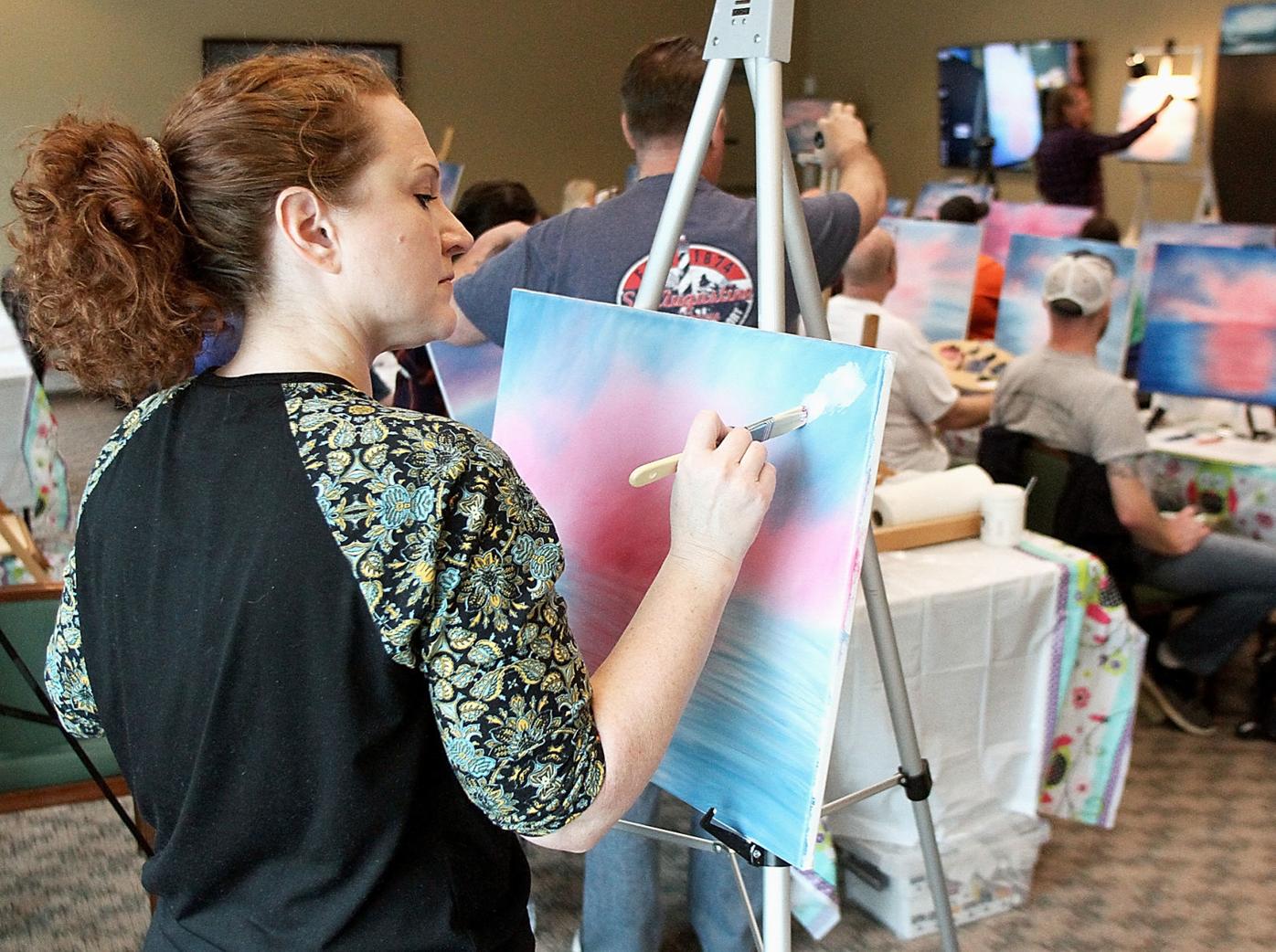 Ashley Anderson works on a landscape in Steve Ross's painting class at the Blount County Library.

Steve Ross, son of artist Bob Ross, demonstrates how to use the brush for making clouds while teaching painting at the Blount County Library.

Ashley Anderson works on a landscape in Steve Ross's painting class at the Blount County Library.

Steve Ross answered questions from audience members Thursday while painting a nature scene using the same techniques of his late father. Steve Ross’s creation contained a background with snow-capped mountains with water and vegetation in the foreground, and plenty of what his father would call “happy little trees” at the mountain’s base with the sun shining throughout the spring-like setting.

Steve Ross fielded inquiries from audience members that were split between his personal experiences as an artist and questions about his father.

“What’s it like to see the impact your dad has had on people’s lives, and still has an impact on their lives?” asked one audience member.

“It’s wonderful,” Steve Ross responded. “That’s what keeps me in this.”

Steve Ross gave away some behind-the-scenes magic about his father’s TV show during his presentation.

“His producers would get mad because he’d have cue cards that say he had 3 minutes left, and he’d only be halfway done,” Steve Ross said.

Sometimes though Bob Ross would end up with plenty of time left and would have already finished. So when that happened, often another tree was added to the work.

Bob Ross was known for his large red Afro, red beard and quiet speaking manner while hosting his show. Steve Ross noted that while his father made a choice to talk calmly, he was even quieter on his TV show.

“He wasn’t actually quite that soft spoken in real life,” Steve Ross said. “It was almost a voice whisper on the show, they had to turn the volume all the way up.”

Steve Ross was asked if he had ever thought about hosting a painting show of his own. He responded it takes a lot of work to host a show, and he has declined several offers.

Bob Ross would need to finish an entire painting in 28 minutes to fit the show’s time constraints.

“As you can see, I’m not that fast,” Steve Ross said after spending about 45 minutes on his creation, and it took him just more than an hour to finish.

Steve Ross added his dad would have completed a painting seven or eight times to get the timing right, and would use one of those as practice canvases for reference while filming.

“He had one sitting off set, and he was looking at it the whole time,” Steve Ross said.

Event attendees asked what advice Steve Ross would give to those who want to start painting. His dad often told him to just get paint on the canvas.

Steve Ross added it takes time to learn how to become proficient at any skill.

“Nobody’s an expert at painting after just picking up a brush, but if everybody could do it, it wouldn’t be that special,” Steve Ross said. “If you are ever completely satisfied with one, throw your brushes in the trash: You’ve learned everything.”

“If you tell a kid ‘you can’t sing a lick’ that poor kid will go through their whole life (thinking that is true),” Steve Ross said.

“It was amazing,” she said while standing in line to get a photo taken with the Steve Ross. “I watched Bob Ross every day when I was in high school.”

“He reminds so much of his dad with his soft voice and calm demeanor,” Mccool said. “I wish I would have brought my Bob Ross Chia pet.”