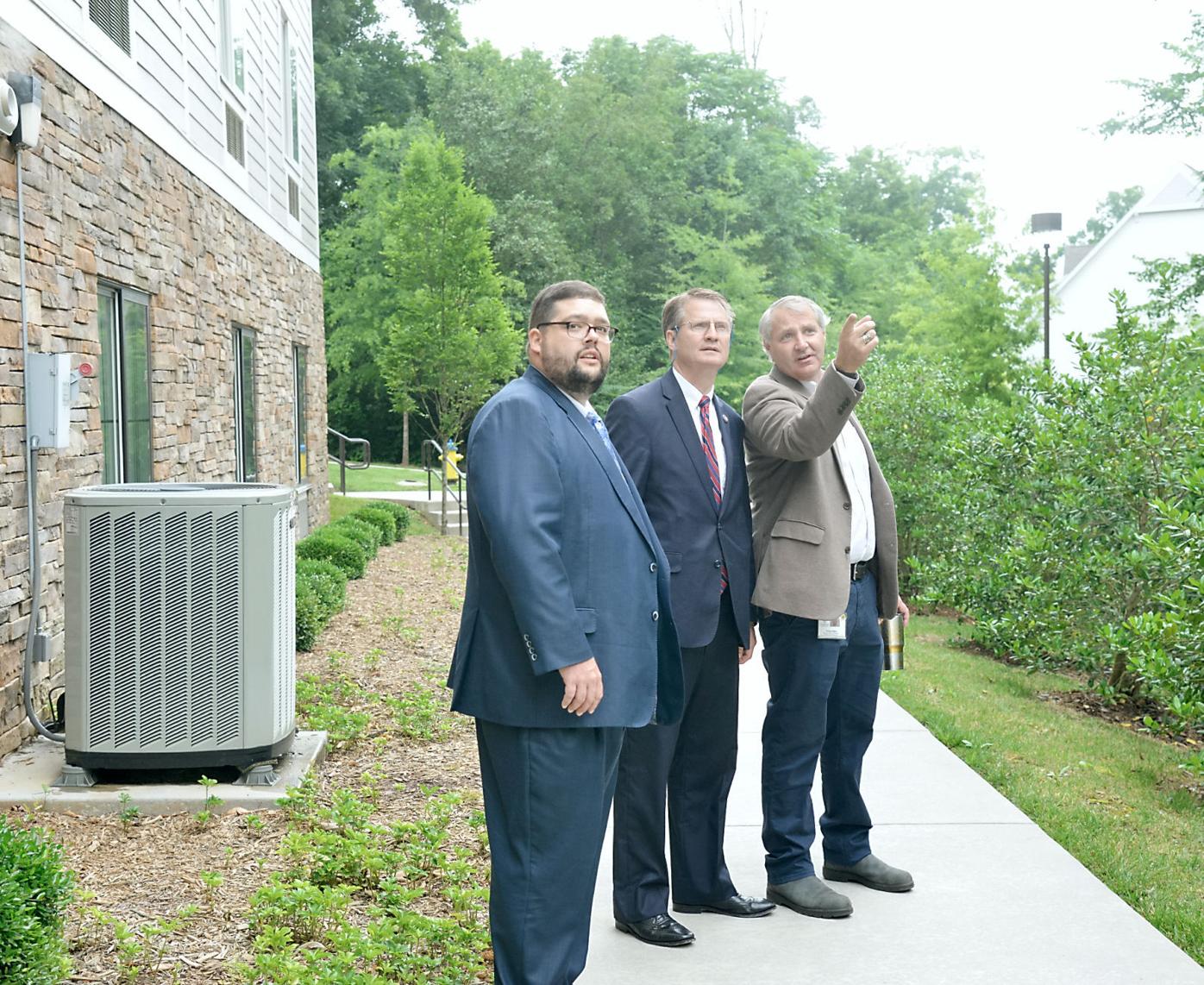 Webster Bailey (right), executive director of business development and marketing for Cornerstone of Recovery points out features at the center to Congressman Tim Burchett (center) and his chief of staff, Michael Grider. 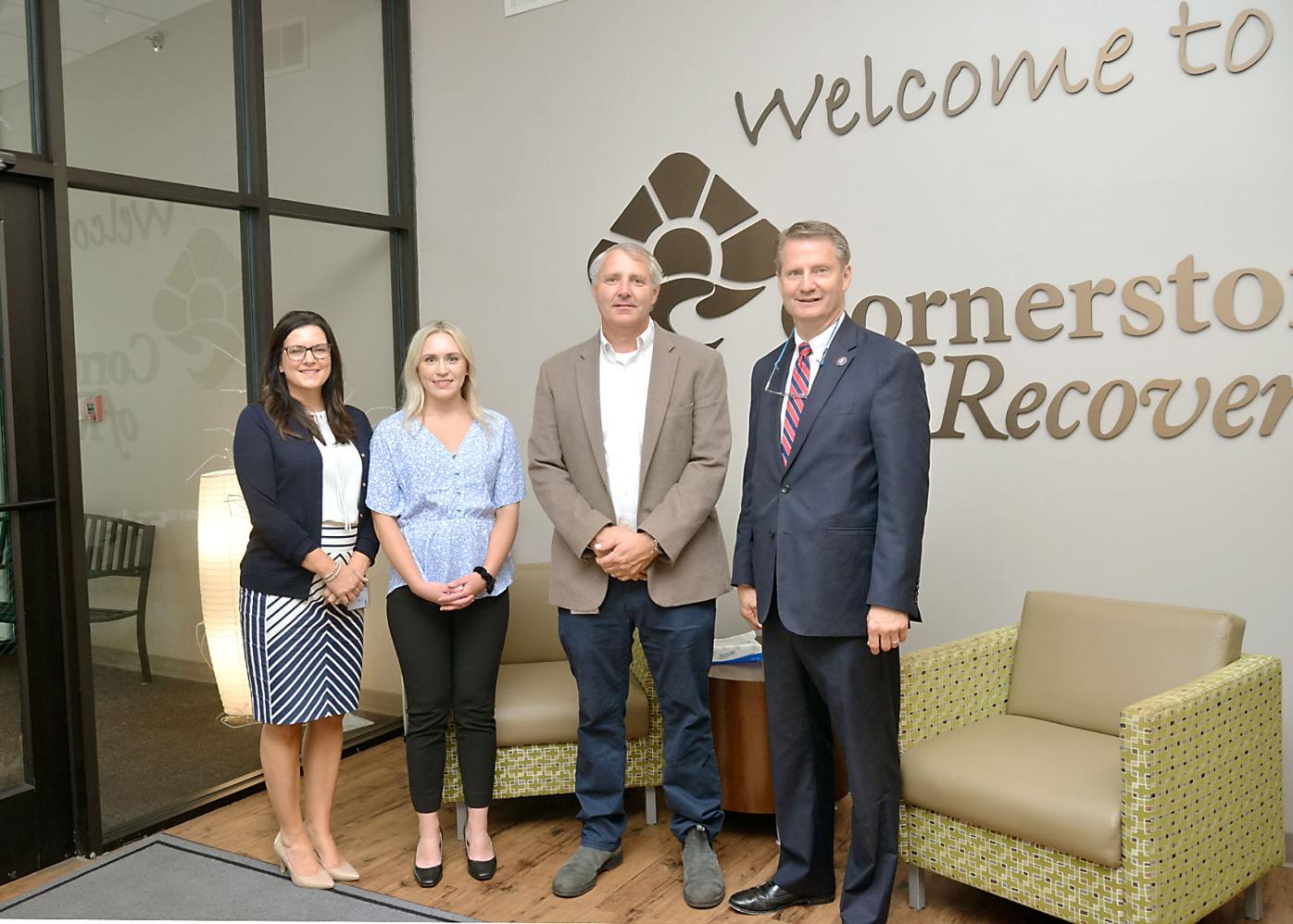 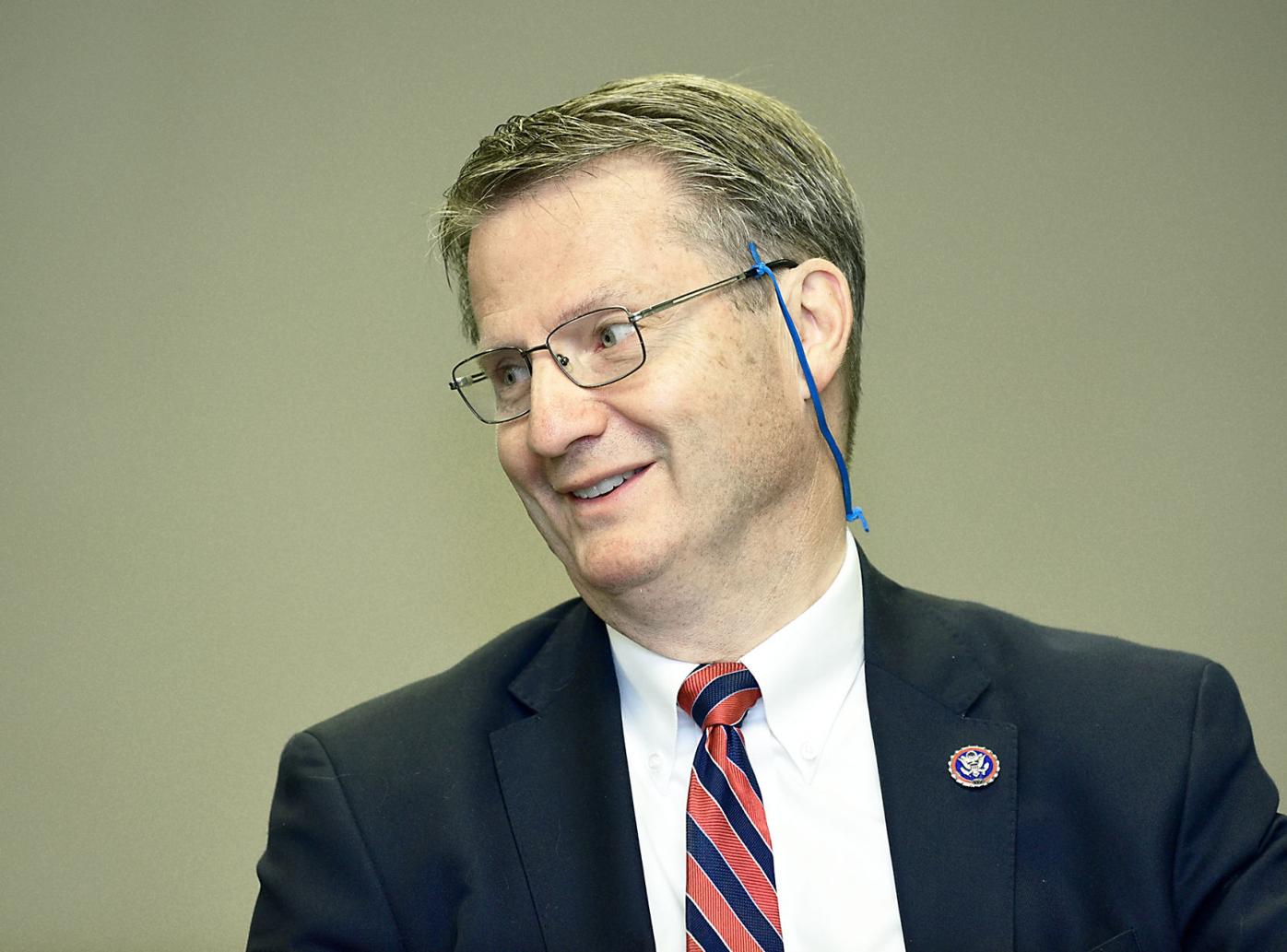 Congressman Tim Burchett visited the Cornerstone of Recovery in Alcoa Friday morning to speak with staff and tour the facility.

Webster Bailey (right), executive director of business development and marketing for Cornerstone of Recovery points out features at the center to Congressman Tim Burchett (center) and his chief of staff, Michael Grider.

Congressman Tim Burchett visited the Cornerstone of Recovery in Alcoa Friday morning to speak with staff and tour the facility.

Cornerstone of Recovery put both its facilities and new treatment options for veterans on display Friday morning during a tour for U.S. Rep. Tim Burchett, R-Tenn.

“Y’all pay my salary. I’m glad to be able to come through the door,” Burchett told Cornerstone representatives soon after arriving, saying he appreciates the center “reaching out to the veteran community.”

Before the tour, Webster Bailey, Cornerstone’s executive director of business development and marketing, told Burchett that Cornerstone has worked with veterans “hit or miss” across the years.

The center previously tried to coordinate with veterans affairs representatives, but it actually would have lost money through the treatment process, he said. Staff members Nichole Pfohl and Nora Cheney, though, helped Cornerstone reach deals with the three health care programs.

“Not only are we able to offer treatment to veterans who may be covered through other forms of insurance, but we’re now able to accept those veterans and even active-duty personnel whose only coverage is through these insurance plans,” Cheney said in a Cornerstone press release.

“As a regional treatment provider, we want these individuals to know that not only can they use these benefits here at Cornerstone, but when they do so they’ll also get treatment that’s been proven effective for more than three decades.”

Burchett, an advocate for veterans affairs and addiction recovery issues, said his father was a World War II veteran. He told a story of a soldier being treated with morphine, echoing the substance abuse problems that can plague veterans following their military service and sometimes even lead to homelessness.

“It is a disgrace how we treat our veterans in this country,” Burchett said.

Burchett, former mayor of Knox County, said he met with former President Donald Trump during the latter’s tenure in office and spoke with him specifically about such issues. Trump then turned to a staff member and commanded them to “fix it now,” Burchett said.

Cornerstone lets veterans self-identify before offering them specific programming, as many veterans don’t like to identify themselves as such until they feel comfortable, Cornerstone therapist Herb Piercy said.

Weekly veterans groups are available at Cornerstone for those who choose to identify. Group members talk about veteran-specific topics such as alcohol culture, trauma, combat and other stressors.

Piercy is a veteran himself; he served in the Army from 1992-97, spending time in Somalia and Germany.

“It took me about 17 years to see a therapist,” Piercy said. “I think one of the great things about having veterans work here is that it helps other vets to start opening up quicker. My biggest concern when I was seeing a therapist was that I didn’t really feel like they could ever understand what I had seen and done, which was true.

“My first therapist cried when I talked to her about some of this stuff. That makes me feel like one of the perks of this is (helping with the need) to have more veterans able to work with other vets.”

Tim Burchett poses for photos during Cornerstone of Recovery tour