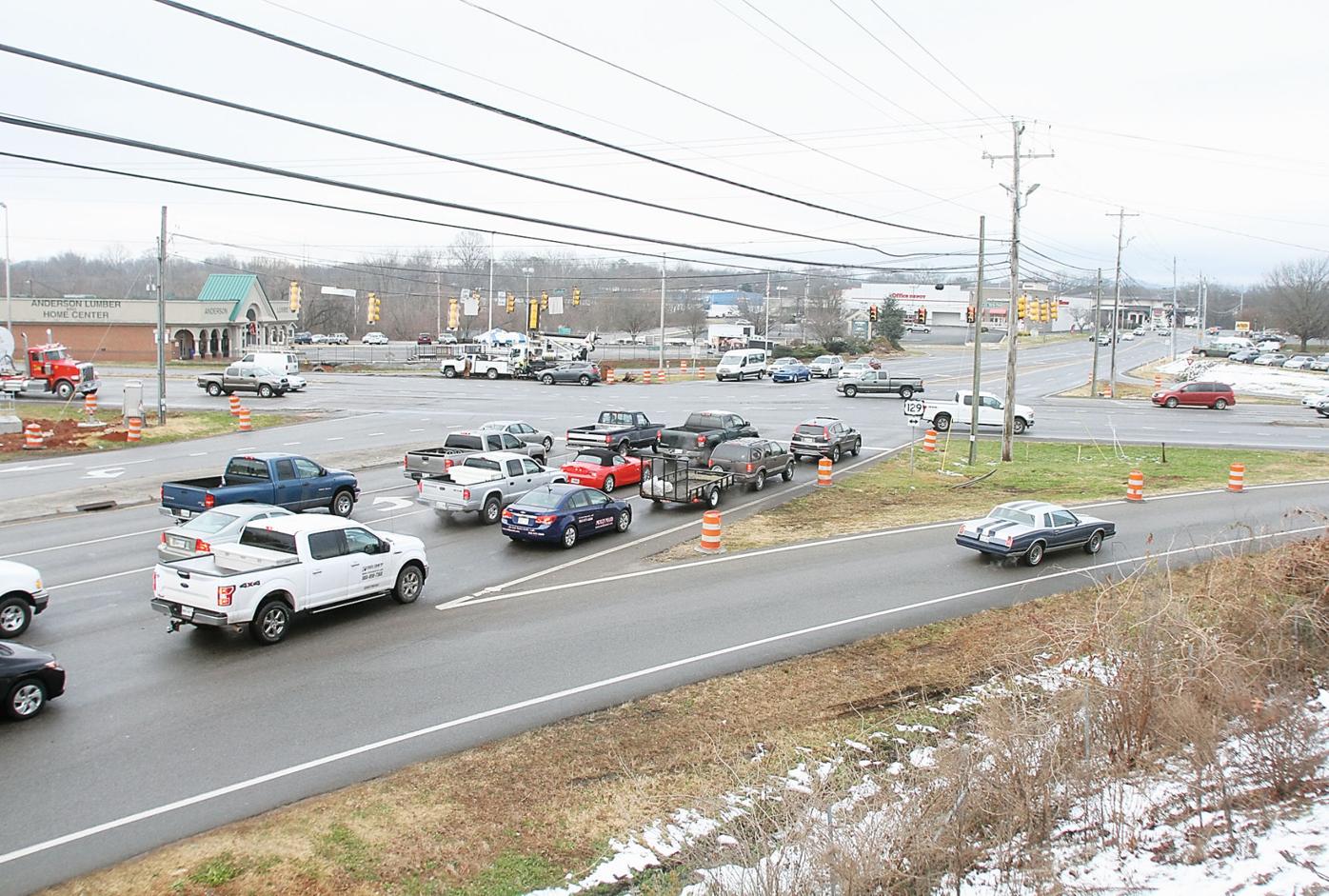 U.S. Highway 129 at Louisville Road is shown Dec. 28 as crews start construction on infrastructure for traffic cameras at the intersection. It is one of four that will be used to observe traffic flow at its operation center, set to be built before June 2021. 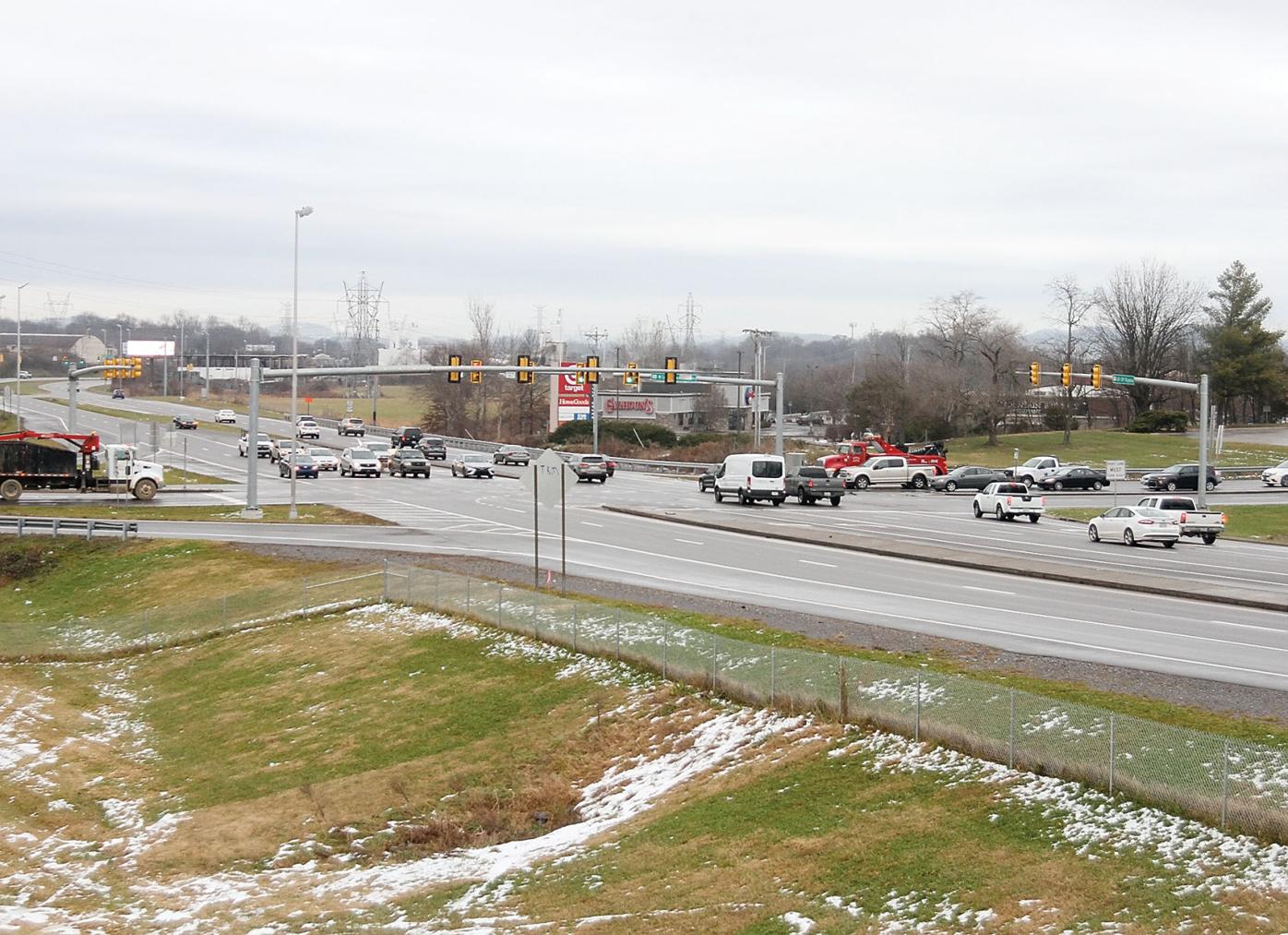 U.S. Highway 321 is shown at the U.S. Highway 129 bypass where the city of Maryville will install one of four traffic cameras.

U.S. Highway 129 at Louisville Road is shown Dec. 28 as crews start construction on infrastructure for traffic cameras at the intersection. It is one of four that will be used to observe traffic flow at its operation center, set to be built before June 2021.

U.S. Highway 321 is shown at the U.S. Highway 129 bypass where the city of Maryville will install one of four traffic cameras.

The cameras will not be used to determine traffic infractions, officials said.

In a project that has been part of city engineering’s strategy for some time, Maryville will launch a $2.6 million traffic control center at its municipal building, completely paid for by federal money and including at least four new traffic cameras.

That’s a big boost for personnel who are used to manually adjusting traffic signals whenever there’s a need, officials said.

“Right now it’s really cumbersome and time intensive for us to change timing settings,” City Engineer Kevin Stoltenberg said in a recent interview. “If we want to keep a group of traffic signals coordinated, we often have to go out and check each one of them to make sure the clocks are synchronized.”

Before June 2021, engineers will be able to adjust and watch traffic from the municipal building. But first they will have to install CCTV cameras.

The four will be at the intersections of:

Crews are currently installing poles and other infrastructure to mount the cameras, Stoltenberg said.

Stoltenberg said the city may build more of these in the future and explained during a recent City Council work session that these and a few fisheye lens cameras already in place — meant to assess traffic county volume — are not for spying on Maryville drivers.

“Those are not surveillance cameras,” Stoltenberg told council members. “They don’t report images. They don’t watch people. They don’t do anything like that.”

He said in the interview that engineers won’t even use the new cameras to record data about main artery traffic. They’re just keeping track of real-time situations.

“As of now, they’re not going to record,” he said, adding if they wanted to activate the record function in the future, they could.

For now, however, they only will share the live feed with the 911 call center, also known as the Blount County Emergency Management Operations Center. That means both dispatchers and the police department will be able to see live traffic at those four intersections.

“They could in turn take that data and record it if they chose to,” Stoltenberg said.

Fiber in the ground

That’s because engineers are using a network of fiber-optic cables to connect with electronic traffic equipment throughout the city. Most but not all of that network already is in place, Stoltenberg said.

“The contract that we have right now involves adding the missing links to get those fibers lit,” he said, adding that recent work on U.S. Highway 321 just outside the municipal building was for boring conduit to establish a final connection.