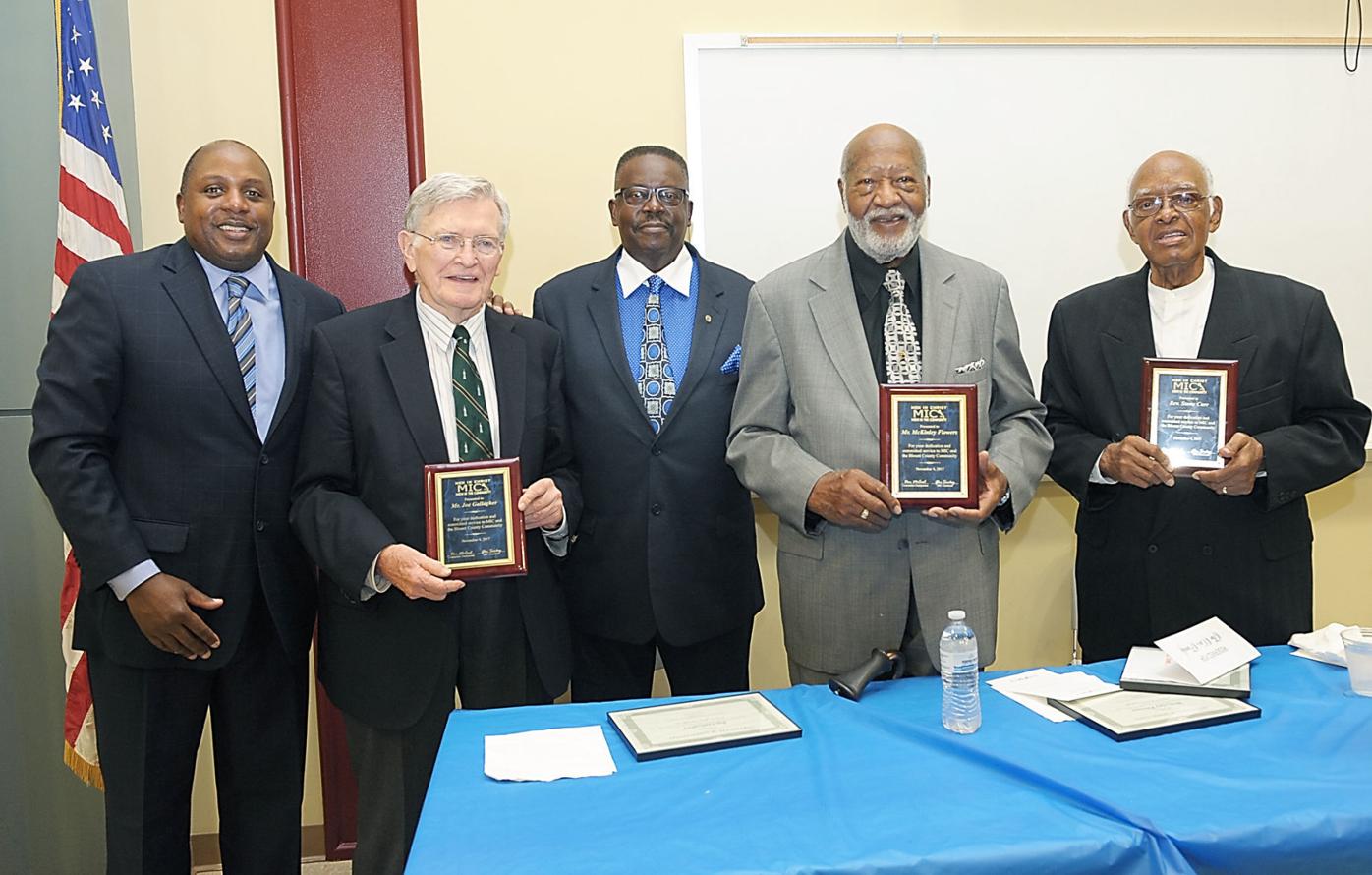 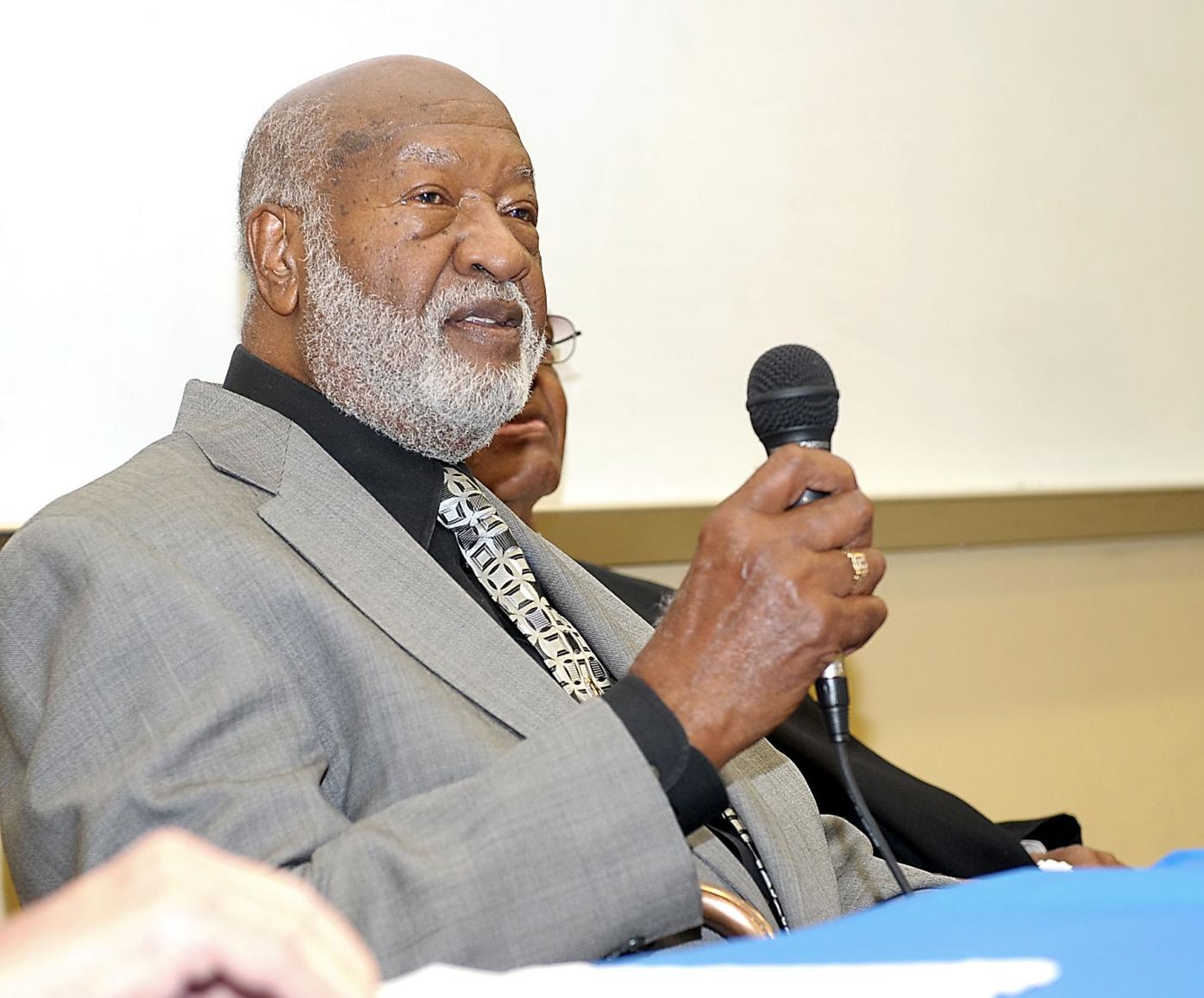 Trailblazer McKinley Flowers speaks to the audience after receiving his award from Men In Christ on Nov. 5, 2017, at the Trailblazer Recognition Ceremony.

Trailblazer McKinley Flowers speaks to the audience after receiving his award from Men In Christ on Nov. 5, 2017, at the Trailblazer Recognition Ceremony.

GENEVA, N.Y. — Patti Blue was a teller at National Bank of Geneva in the late 1970s when Alcoa native McKinley Flowers Jr., who had just moved to the area, came in with his two sons.

“I certainly noted his first entrance into the bank,” recalled Blue, a well-known local resident who was then a student at William Smith College. “I think the thing that intrigued me was by bringing in his sons, it was clearly a teaching opportunity for him and them. I will never forget that.”

It didn’t take long for Flowers and his wife, Magnolia, to make their mark. A lifelong champion of civil rights, political and community action, he helped create the African American Men’s Association (AAMA) of Geneva and became active in their area’s NAACP chapter.

“He was a force and it did not take them long to move into leadership roles,” Blue said. “Mrs. Flowers was a force in a different way. She worked with youth in the school system.”

Flowers lived in Geneva for nearly 25 years before he and Magnolia, who was known as Maggie, moved to his Tennessee hometown in 2003. He died May 2 at the age of 92. Before leaving Geneva, the couple received numerous awards from the city, Human Rights Commission and area groups.

“I always found his commitment to social equality and justice unwavering. He made a great impression on a lot of people,” said John Cromartie, who was a Hobart College student in the late 1970s when he first met Flowers and is now an officer in the AAMA. “He was certainly a mentor of mine.”

Flowers was born Jan. 30, 1928, in Alcoa and enlisted in the Marine Corps in 1946, getting his general equivalency diploma while at Camp Lejeune in North Carolina and later deployed to Guam.

He was honorably discharged, then drafted into the Army in 1950. He spent two years in the Army then enrolled at what is now North Carolina Agricultural and Technical State University.

He earned a bachelor’s degree in 1956 in vocational industrial education, and began his career as an industrial arts teacher at Pikeville (Tennessee) Correctional School for Boys. He also married Maggie, his college sweetheart, that year and began his activism that summer by trying to desegregate the Sears lunch counter in Maryville.

In 1958, Flowers took a job as a manual arts therapist with the Veterans Administration hospital in Coatesville, Pennsylvania. After moving his family north, he continued his activism in the 1960s and ‘70s, becoming membership chairman and president of the NAACP chapters in Coatesville and Downington, Pennsylvania, and later Geneva, New York.

In 1973, shortly after spearheading protests for equal opportunity in the VA system, Flowers was accepted into the VA’s administrative program. After completing a stringent training process, he was promoted to administrative assistant to the chief of staff and transferred to the Canandaigua VA hospital.

The family settled in Geneva. Lucile Mallard, longtime president of the Geneva NAACP chapter, said she met Flowers shortly after they moved to the city — a time when membership in the local organization was waning.

“In the late 1970s, he went door-to-door asking people to become members of the NAACP. He was the person who really revived the NAACP chapter here,” Mallard said. “If not for him, we would not have it here today.”

As one of the founders and president of the AAMA, Flowers made it his mission to reach out to Geneva’s minority youth.

“He was always pleasant, always professional and interested in education,” Mallard said. “He would always ask our youth what have you done and what are your goals?”

“He had high expectations for youth in this area,” Blue added. “He was a great believer in youth taking advantage of community opportunities and equal access for minorities.”

“He was firm, but fair. He could be hard on people in terms of accountability,” Cromartie said. “If you said you were going to do something, he said you should do it. He was an imposing figure.”

Flowers held his administrative position at the Canandaigua VA until retiring in 1985. He, Magnolia and their family were active members of the Mount Olive Missionary Baptist Church in Geneva, where he was a trustee.

In the late 1990s, a few years before he left for Tennessee, Flowers noticed interest was declining in the AAMA. Even though he was around 70 at the time, he didn’t take it sitting down.

“I got involved in the 1990s when we revived it,” Cromartie said. “McKinley helped us over a lot of hurdles.”

“He was a very influential leader in Geneva at the time,” added Victor Nelson, an association member. “He wanted to open the door for equality and what was fair for the minority population in Geneva. He was always looking to better the community and the youth who lived here.”

After moving back to Blount County, Flowers — nearing the age of 90 — helped organize the group Men in Christ, Men in Community. The organization teaches young men about leadership, responsibility and community action.

Those close to Flowers in Geneva weren’t surprised his activism continued until his final days. Blue added that Magnolia Flowers, who was married to McKinley for more than 60 years and survives him, still calls her occasionally.

“If anything happened in Geneva, you can bet McKinley Flowers was on the front lines. I’m sure that was true after he moved away,” Mallard said. “He was definitely a big part of the Geneva community.”

“He was a no-nonsense man, but he did have a sense of humor. He was not the kind of guy you put on the back burner. When he talked, you listened,” Blue said. “Even when I got older, I called him Mr. Flowers and her Mrs. Flowers. Magnolia was as sweet as her name. They were a great couple.”