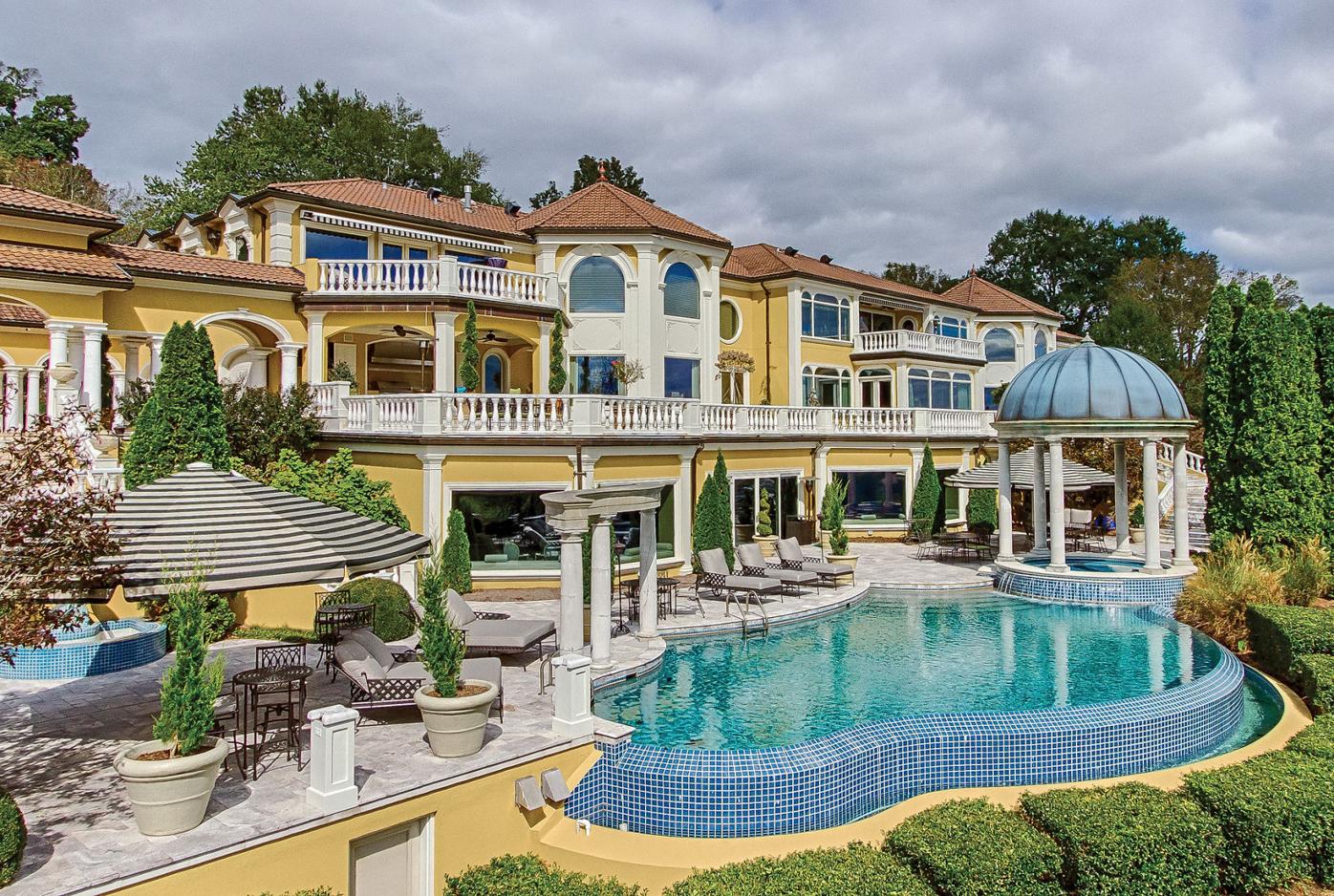 Note: This story originally incorrectly reported that Vanquish Worldwide founder Eric Barton was forced to sell his business headquarters in Maryville. It has been updated to reflect that the property, located at 235 Old Glory Road, Maryville, is still owned by Vanquish Worldwide LLC, and there was never a forced or court-ordered sale of the property.

Eric Barton, founder, president and CEO of Vanquish Worldwide, announced in a release Wednesday that he sold Knoxville mansion Villa Collina to an undisclosed buyer for $11 million.

The mansion, touted by the release as Tennessee’s largest residence, takes up 40,250 square feet across more than eight acres. It includes a tri-level library, wine cellar, pools, a fitness center, spa, elevator and more, according to the release.

Villa Collina has played host to various fundraisers and events, including multiple University of Tennessee School of Music Holiday Musicales and the 2017 Marine Corps Ball.

Attempts to reach Barton and Villa Collina staff for comment were unsuccessful.

Vanquish Worldwide, a military contractor and provider of logistical and support services to U.S. and foreign government agencies, has a company building in Maryville. The U.S. Marshalls had planned to sell the building in July in a court-ordered auction, but that plan was retracted and no sale ever occurred.

The scrapped sale was conceived due to a writ of garnishment, a court procedure that forces a taking or sale of property to satisfy debt. Barton had been ordered by a jury to pay former partner Shafiqullah Koshani approximately $33.4 million in breach-of-contract money Koshani was owed after 2012.

Original court filings, according to previous reporting by The Daily Times, state that Barton, after registering a business license with Koshani for a venture named “Vanquish Worldwide” and pursuing a contract for it, submitted the proposal under the name of his American company, “Vanquish Worldwide LLC.”

Upon learning of the discrepancy, Koshani insisted on proceeding with the original plan, and Barton agreed to divide profits evenly. But, per the filings, Koshani was frozen out of the business once the contract began paying Vanquish Worldwide LLC.

Barton was named 2014 Philanthropist of the Year, and his company honored as Large Business of the Year, by Blount Partnership’s Best of Blount Awards.