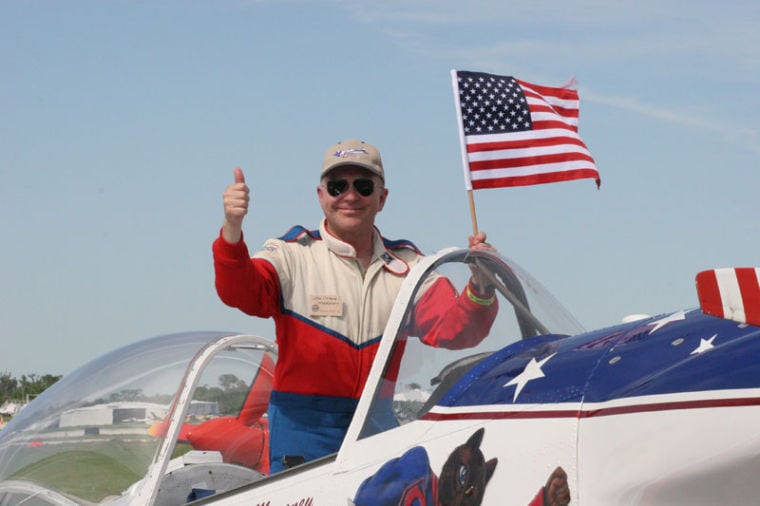 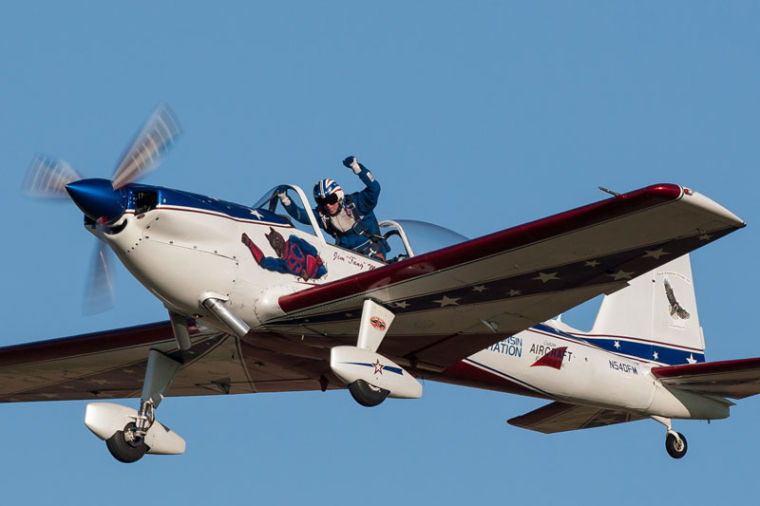 Jim “Fang” Maroney performs his signature move in which he stands up in the cockpit and waves to the crowds. Maroney was killed in a plane crash Sunday in the rugged, mountainous terrain of Cherokee National Forest. 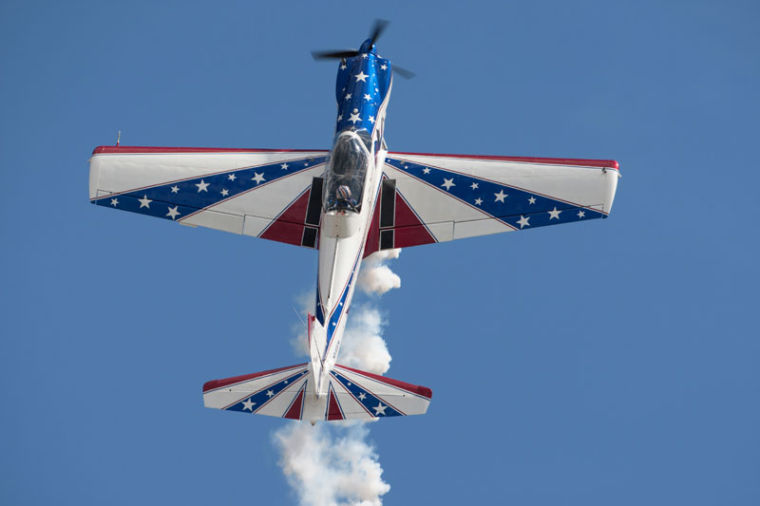 Jim “Fang” Maroney performs his signature move in which he stands up in the cockpit and waves to the crowds. Maroney was killed in a plane crash Sunday in the rugged, mountainous terrain of Cherokee National Forest.

VONORE — The pilot of a de Havilland DHC-1 that crashed Sunday in Cherokee National Forest has been identified as a veteran airshow performer, Jim "Fang" Maroney, 59, of Brookfield, Fla.

Maroney, whose Super Chipmunk Airshows was scheduled to perform this weekend in New Smyrna Beach, Fla., was found dead Monday morning after searchers located the aircraft, which had been reported missing Sunday night. The de Havilland DHC-1 is also known as the Chipmunk.

He flew F/A-18 Hornets for the Marine Corps until 1985, when he transferred to the North Dakota Air National Guard, according to his press kit. While in the Guard, Maroney flew the F-4 Phantom and F-16 Fighting Falcon, becoming squadron and group commander during his time.  In 2002, he retired from the military.

The plane was reported missing Sunday night after distress signals were picked up by Civil Air Patrol, Tennessee Highway Patrol and Lifestar helicopters.

The aircraft — a single-engine World War II-era de Havilland DHC-1 — was reported missing Sunday evening after it didn’t arrive at its destination. The flight originated in French Lick, Ind., was en route to Franklin County Airport in Canon, Ga.

Officials with the Monroe County Sheriff’s Office told media the wreckage was found in the Cherokee National Forest in Goat Creek on the north side of a mountain and the south side of a ridge, but crews were able to access the area by air. The pilot was the only person on board the antique aircraft.

If the weather holds, personnel will attempt to extricate the Maroney's body.

The aircraft went off radar at around 1:30 p.m. Sunday in the Blount County area and the Blount County Sheriff’s Office received a report later that night that a plane out of French Lick was missing in the area. Crews began searching for the downed DHC-1 aircraft at 9:30 p.m, and the last Blount County searcher left at 5 a.m. The distress signal was located in the Indian Boundary area of Cherokee National Forest and Blount County turned the search over to Monroe County, according to Blount Public Information Officer Marian O’Briant.

A command center was set up at Topoca.

An investigation into the crash continues.

Jim’s flying career began at age 4 when he took his first flight with his father in a J3 Cub. Fast forward to 1981, when Jim graduated No. 1 out of 1,500 pilots from Naval Flight Training at Naval Air Station Pensacola, Fla. In 1983, he was rated No. 1 in his class at the U. S. Navy Fighter Weapons School, “Top Gun,” at Naval Air Station Miramar.

Jim flew F/A-18 Hornets for the Marine Corps until 1985, when he transferred to the North Dakota Air National Guard. While in the Guard, Jim flew the F-4 Phantom and F-16 Fighting Falcon, becoming squadron and group commander during his time.  In 2002, he retired from the military.

• Jim's dad flew the P-51 Mustang off of Iwo Jima during WWII.

About the de Havilland Super Chipmunk

Originally manufactured in 1956 for the Canadian Air Force as a primary trainer. Transformed into a Super Chipmunk by:

• Clipping 3 feet off the wings

• Making modifications to the airframe (for strength)