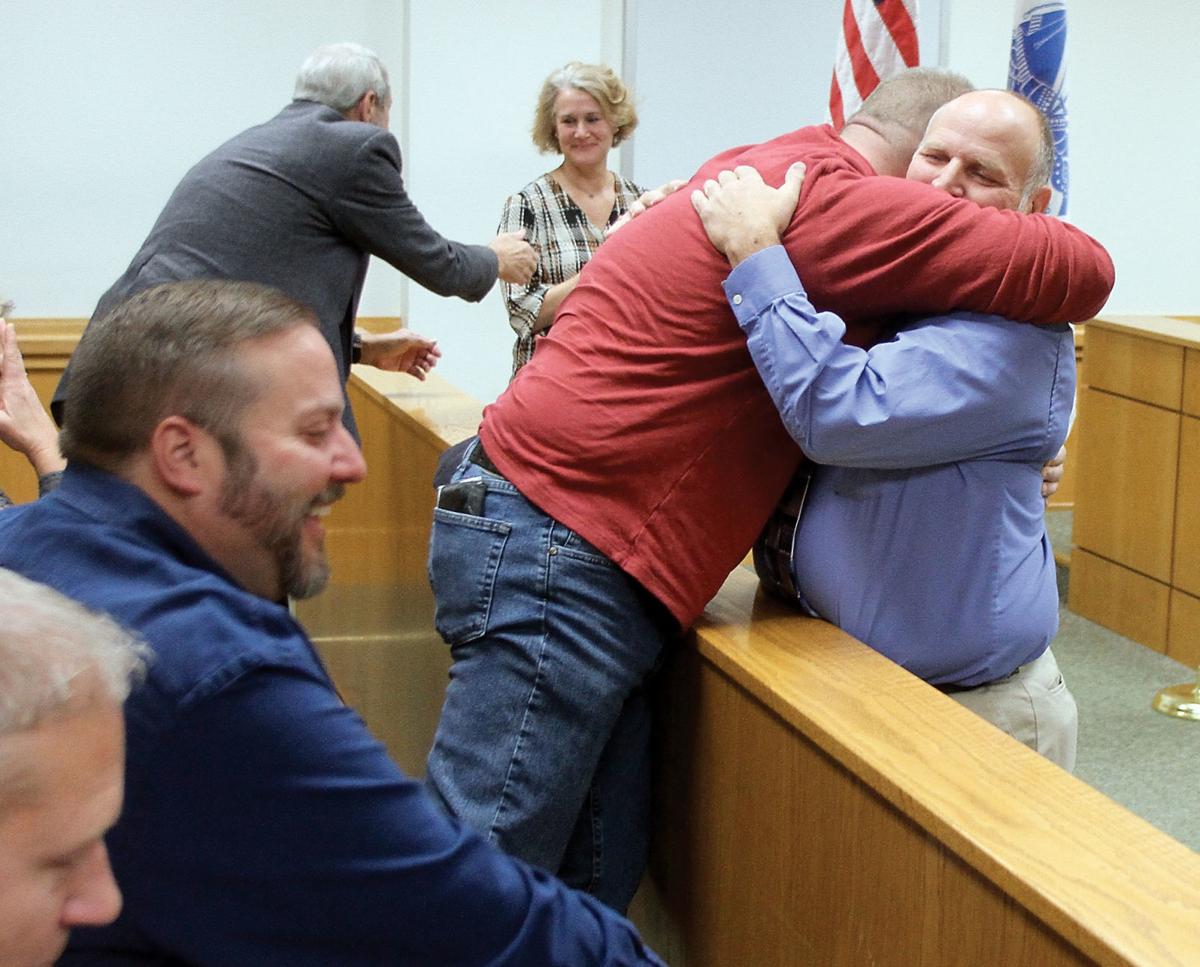 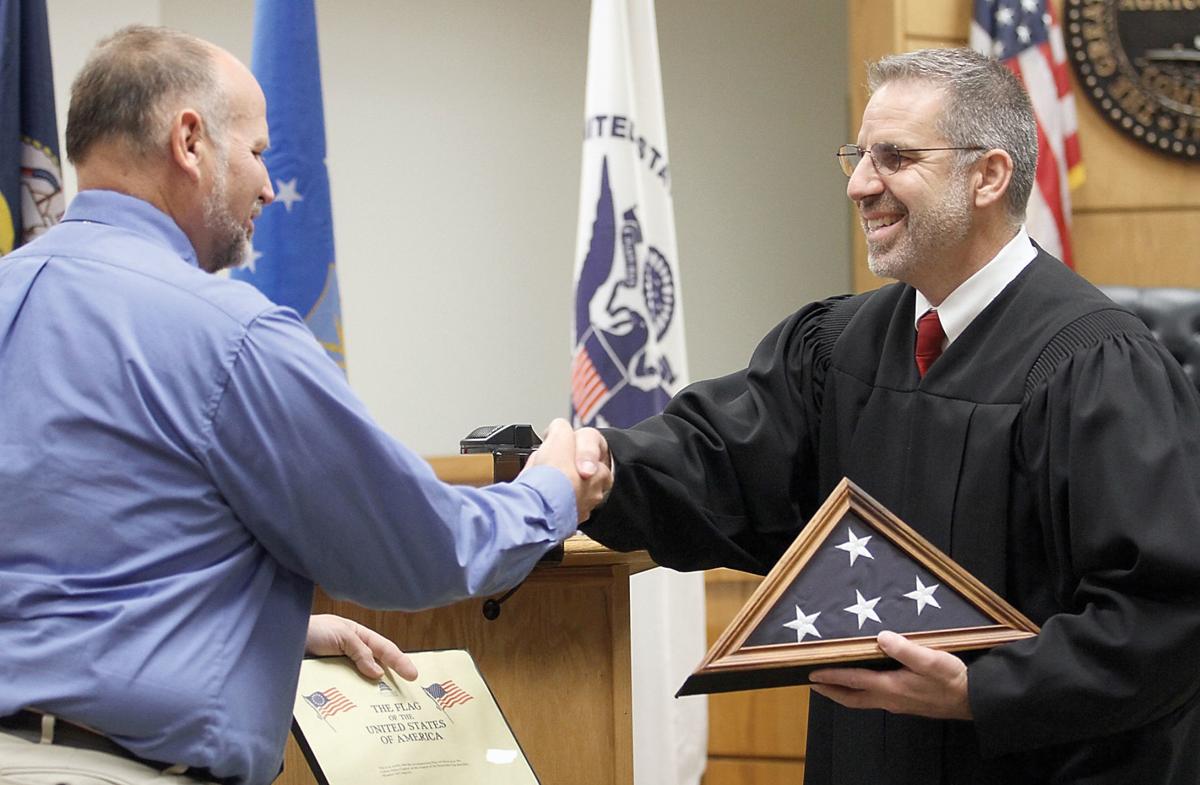 Charles Quiett receives an American flag from Judge Michael Gallegos after being the first to graduate from Veterans Treatment Court. 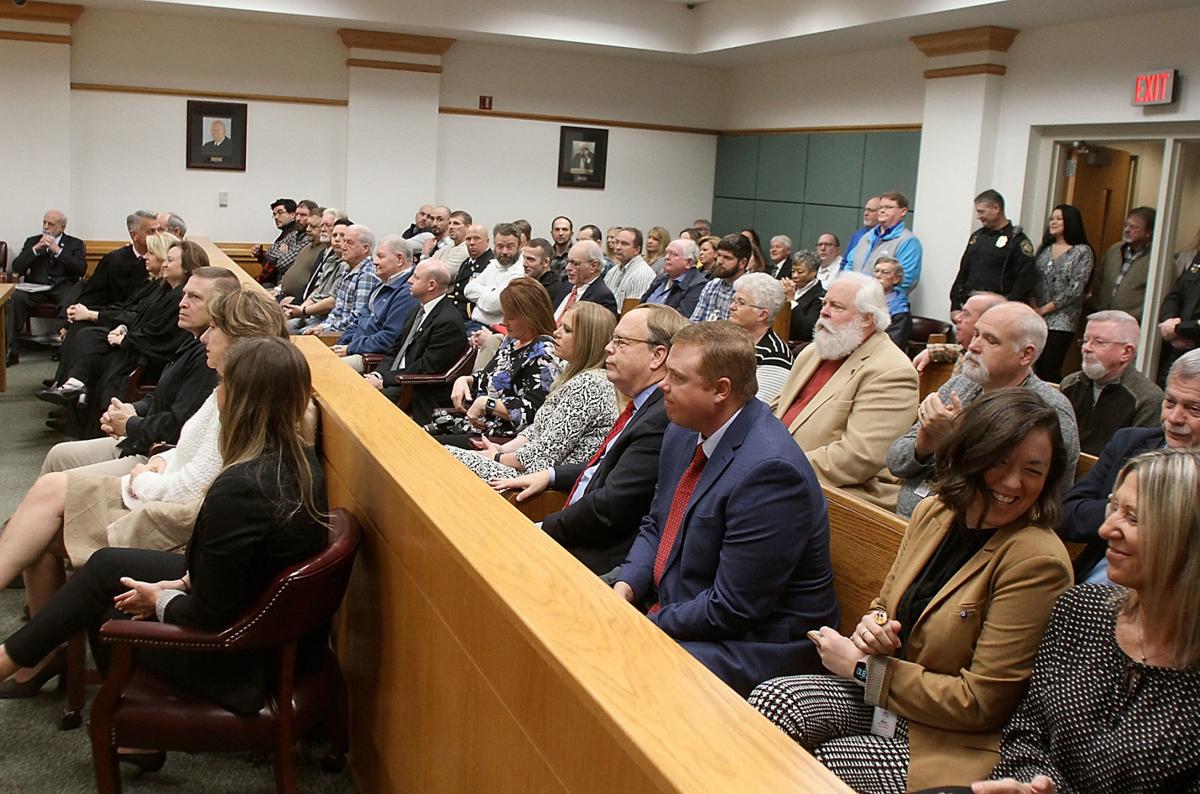 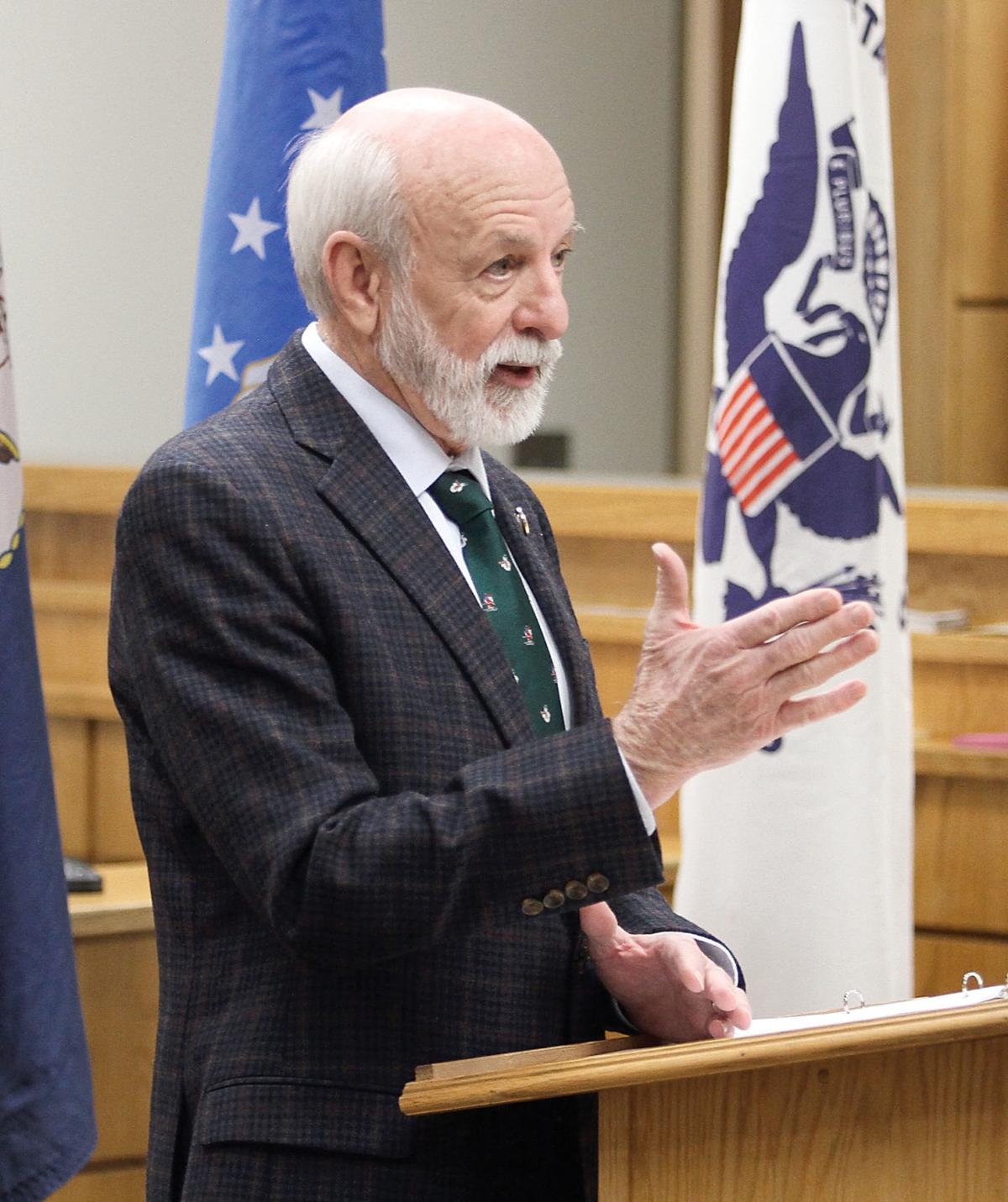 Charles Quiett receives an American flag from Judge Michael Gallegos after being the first to graduate from Veterans Treatment Court.

So many people attended Wednesday’s first-ever Veterans Treatment Court graduation that chairs had to be added next to the packed benches.

Nearly 100 people were at the event hosted by Blount County Recovery Court to celebrate Chuck Quiett being the first person to complete the program.

Quiett completed the program 22 months after starting in February 2018.

In the program, participants are provided veteran-specific individual and couples therapy. They are assigned a substance abuse counselor and offered a mentor, who is also a veteran, said Heather Watson, VTC program coordinator.

Quiett credits the individualized nature of the program for his success.

“I hope this program will stay in place so people can get the help they need,” he said.

Quiett stood in front of a courtroom packed with his family, community members and several local and state officials as he told them he never thought he would need help with addiction.

But through VTC, Quiett completed substance abuse therapy in Johnson City, where his caseworker said he was “120% committed.”

Fellow VTC participants described Quiett as warm and kind in statements they gave to his counselor, Stephanie Monday, who read several of the remarks at the ceremony Wednesday.

“You have always been the open arms of this program and now, someone we will strive to be,” one of the participants said.

Judge Michael Gallegos first gave Quiett a diploma and a recovery token to acknowledge his success in the program. Gallegos then presented Quiett an American flag and dog tags to celebrate his time in the military.

Quiett enlisted in the U.S. Navy in 1982. He served as a self-propelled field artillery mechanic in Oklahoma and South Korea. He was discharged honorably in 1984.

“Leave no veteran behind,” Moon told Quiett and the other program participants.

Participants cheered as Quiett spoke of his gratitude to God and his family, including his wife Amanda, eight children, eight grandchildren with one on the way.

“People will see if you’re willing to ask for help, Blount County is here for you,” he said.

only the fourth county — joining Davidson, Shelby and Montgomery — in the state to have such a program, said Heather Watson, program coordinator for Veterans Treatment Court.

Funding for the program

Money for the program comes from grant funds awarded by the Tennessee Department of Mental Health and Substance Abuse. Last month the Blount County Commission approved an additional $37,000 in state grant funds be added to the program's budget.