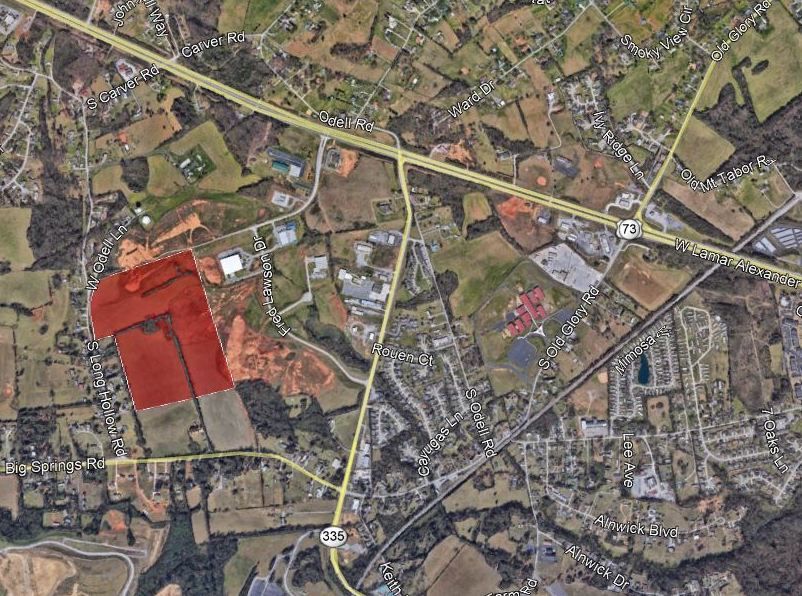 This map from documents submitted to Tennessee Department of Environment and Conservation shows the proposed location for a “sortation facility” in Maryville’s Partnership Park South. 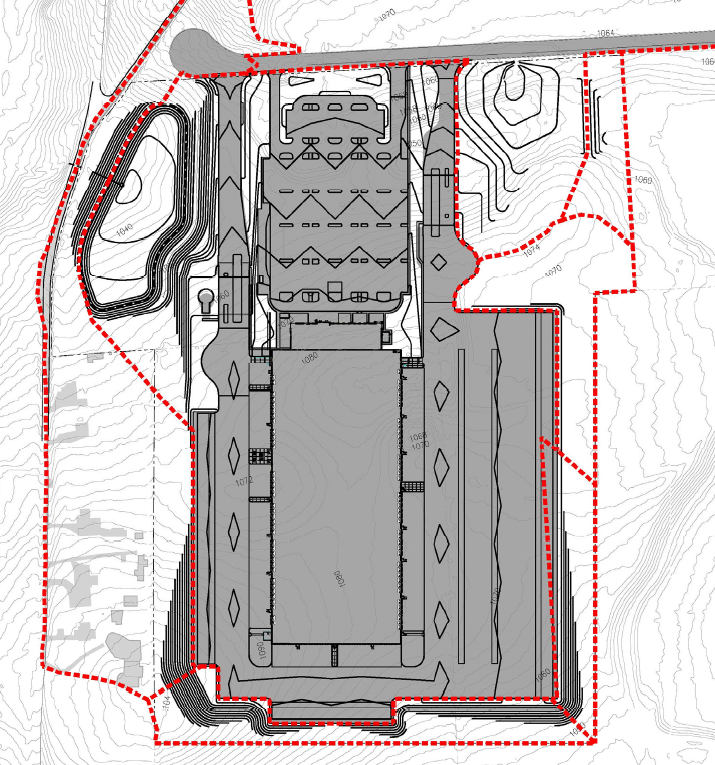 This map from documents submitted to Tennessee Department of Environment and Conservation shows the proposed location for a “sortation facility” in Maryville’s Partnership Park South.

Documents posted online as part of a Tennessee Department of Environment and Conservation stormwater discharge permit application reveal a lot about a warehouse facility proposed for Partnership Park South.

It’s a building whose construction is managed by the same company that’s also developing an Amazon warehouse just south of DENSO.

“Project Shamrock” is the code name for a large warehouse project headed by Seefried Development Management Inc. It’s planned for the back of a site off U.S. Highway 321 and bordered by South Long Hollow Road and West Odell Lane.

Seefried, an Atlanta-based, multibranched development firm, currently is working on an Amazon distribution facility off Robert C. Jackson Drive in Maryville. The retail giant bought the land for the project just weeks ago, netting the city of Maryville $6.5 million, according to land-sale documents.

Amazon’s name has not been publicly attached to Project Shamrock and community and company leaders won’t talk about it right now, citing nondisclosure agreements.

But several documents show engineers already are deep into planning the Partnership Park South warehouse, which is being called a “sortation facility.”

One of these engineers, Knoxville-based Cannon & Cannon Inc., has a 55-page stormwater pollution prevention plan for Shamrock: The engineering firm prepared the document for Seefried, which posted it as part of the TDEC permit application.

That plan shows several general details about the project:

• The site will include 459 parking spaces and 401 tractor-trailer spaces.

• An existing road called Partnership Parkway will be an access road to the site and may need to be widened — though that will be completed by “others.”

• There will be two guardhouses at two separate entrances.

Shamrock’s planning is in a very preliminary phase, but the application did include proposed stormwater-related construction start and end dates: September 2021 and May 2022.

Jim Condon is Seefried’s chief development officer and is listed as Shamrock’s owner and developer. He did not respond to a recent email requesting information on the project.

Communications representatives for the company also said they cannot comment on who the project’s tenant is.

“We have potential projects coming in place that will take up a large number of acres,” Blount Partnership Director of Economic Development Lauren Emert told commissioners in August. “We don’t do anything smaller than 5 acres and generally try to stick to 20-plus acres.”

The land where Seefried wants to build the sortation facility is owned by the Blount County Industrial Board, an entity of leaders from Maryville, Alcoa, Blount County and the partnership itself.

Though Maryville officials have received designs for Partnership Park South, those designs haven’t been submitted to the city’s Planning Commission for review and approval.

Similarly, though Seefried has submitted designs for its proposed distribution facility at Robert C. Jackson Drive, nothing has been approved officially by any board.

No public official or firm employee has said publicly that any planned warehouse other than the one in Alcoa — called Project Pearl — is associated with Amazon.

The online retail giant’s connection to the 1-million-square-foot Project Pearl wasn’t revealed formally until Gov. Bill Lee himself announced on Feb. 3 it would bring more than 800 jobs to Alcoa.

A PDF version of the engineering designs for Project Shamrock are available with the online version of this article at thedailytimes.com.