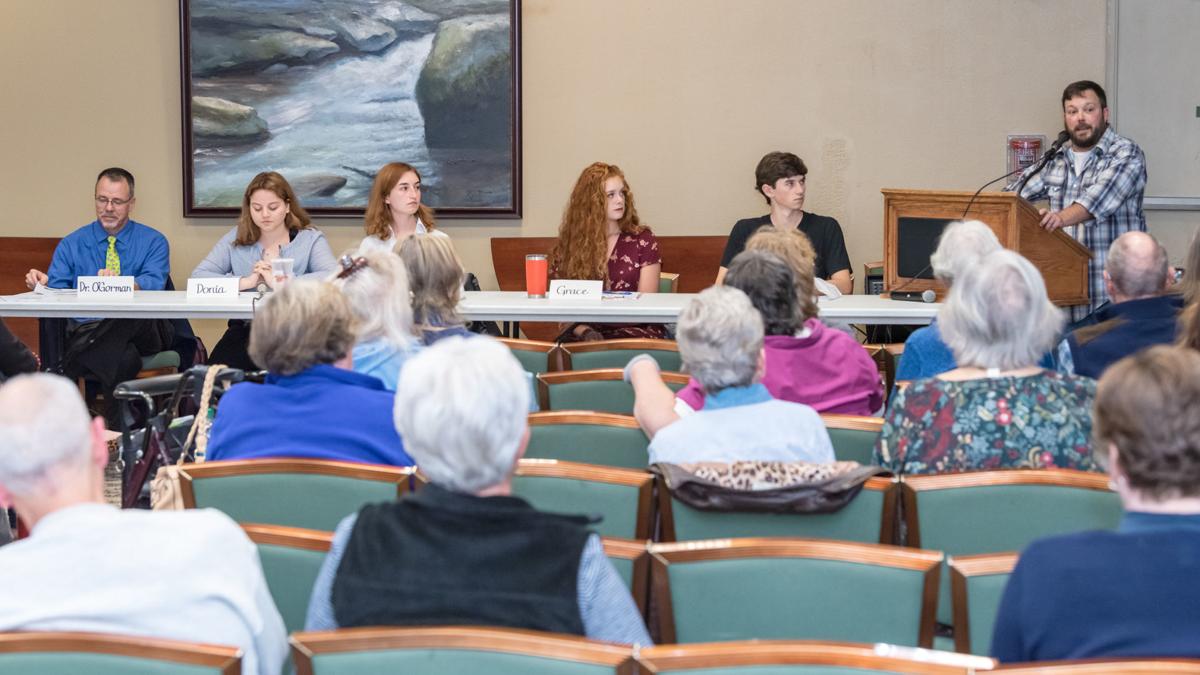 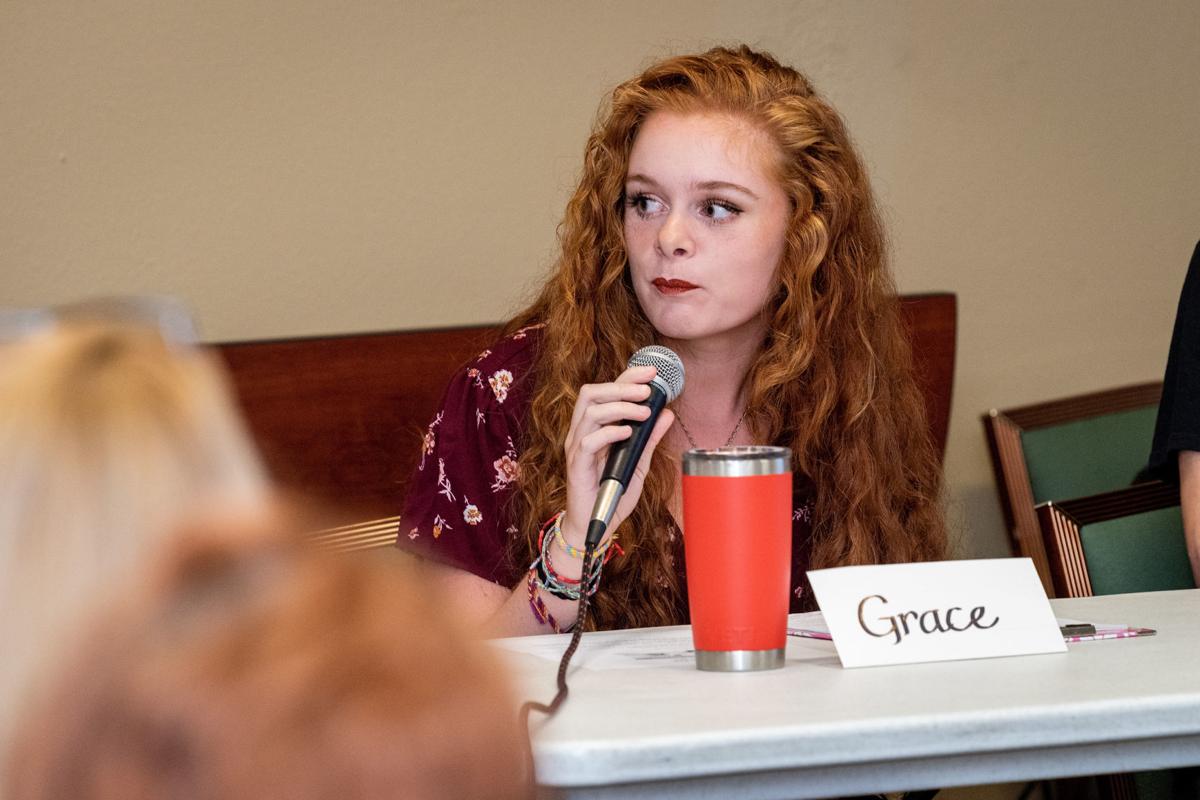 A handful of people are leading a climate change conversation in Blount County, but they’re not professors or scientists.

Following September’s “climate strike,” a march through Maryville that saw people of all ages abandoning their work day and classes for climate change activism, students hosted a panel to press the issue further.

Maryville Biology Professor Dr. Jay Clark moderated the discussion and Political Science professor and coordinator of the Environmental Studies Program, Dr. Mark O’Gorman provided data and analysis of the subject throughout the evening.

Questions from Clark prompted the students to do some serious introspection in front of the crowd of more than 50 people. Specifically, students talked about what it means to be public with their climate worldview, which they admitted is a polarizing issue, not only in the U.S. political discourse, but in their personal lives as well.

“I definitely know I have friends who don’t agree with me on this,” said Dulin, who is 16. She said that even in her home school co-ops, climate change is a tough subject. “It’s hard to talk about it. Either you’re going to offend the one liberal in the class or you end up seeming liberally political in a class and you get the name as being that person.”

In an interview after the discussion, the biology major said that some of her closest friends were “climate deniers,” a term activists use for people who do not believe the climate is changing for the worst.

The students’ open-mindedness played a central part in Clark’s question. To laughs from the room, he asked them at one point if they would be willing to date someone who didn’t believe in climate change.

Lehman and Stacey said it wouldn’t bother them and pointed back to ideological differences they have with loved ones.

“A lot of my family is kind of geared a different way,” Lehman said. “But, you know, it’s like, having these good conversations and being opened minded to their opinions ... will lead to a better conversation.”

But while the students had grace for people who might not understand their personal perspectives, they continued a theme from the September march: calling on politicians to mend their ways.

“I think that’s one of the reasons we have this hyper-polarization around climate change,” Hysen said, noting some Republicans take millions from fossil fuel interests. He repeatedly emphasized the relationships between powerful entities and political leaders as being the enemy of solutions he and the other students were championing.

But the blame wasn’t limited to Republicans.

This call to action was balanced by a hyper-local request. Clark, Hysen and other students pointed out that, without better climate policy, places like the Great Smoky Mountains National Park would eventually suffer the effects of elemental threats like fire and drought.

“When people see that this affects things they love, they’ll be more moved to make changes,” Hysen argued.

He’s personally pushed leaders to make change, not just through panels and marching, but by visits to Washington D.C. Hysen recently dropped off a letter at Lamar Alexander’s office with over 500 positions to make climate conscious choices.

Alexander was not there, and though Hysen said he was met by a helpful aide, he also said Alexander never responded.

Stacey, however, did get a response from Alexander, who wrote a letter promoting his New Manhattan Project for Clean Energy, a set of energy propositions he has been promoting for years. Alexander recently proposed his energy solutions as a counterpoint to discussions about the “Green New Deal,” a new set of policies championed by Congress’s Democratic left and the members of the Thursday panel.

Though the panel was presented by college students, it was hosted by the Maryville Huddle, a group focused on local education for human and women’s rights and social issues.

The meeting was the Huddle’s last before January 2020.

“Senator Alexander is a product of our environment here,” Ramsey said. “And we’re very conscious ... As we say, that’s our economic generator and as we say, one of the traditional advantages to our residences here.”

Ramsey praised the efforts of the students before he passed out his business card to each one of them.

He also acknowledged that the issue under scrutiny was not only politically polarizing, it was important for Blount County.

“To deny that there’s any evidence of scientific change, environmental change is to me, to me that’s very short-sighted,” Ramsey said. “I want all the people that have influence to be aware that it’s our responsibility to evaluate the impinging and changing situations.”