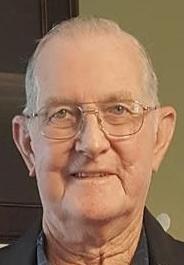 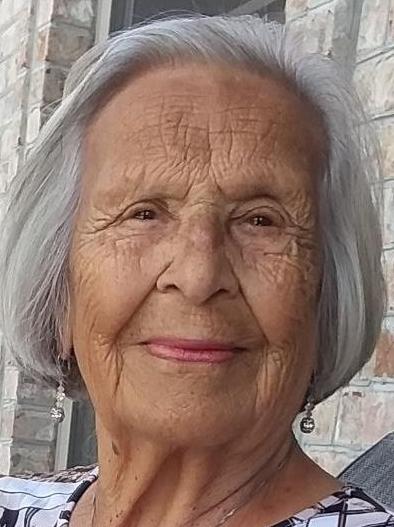 Cyrus Tate McBee, age 87, passed away September 5, 2020, at Parkwest Medical Center in Knoxville. Cyrus was the last charter member of Brantley’s Chapel Primitive Baptist Church, since the age of 15 and was a faithful member his entire life. He worked at Alcoa Aluminum Company and a member of the 25 year club. Cyrus loved working outside in his yard and garden, and especially loved his adventures to the mountains with his wife, Burniece. He was preceded in death by parents, Plumer and Ottie McBee; and siblings, Junior McBee and Arretus McBee. Cyrus is survived by his wife of 70 years, Burniece Farmer McBee; children, Vicki (Larry) Irwin and Jerry (Lora) McBee; grandchildren, Suzette Russell, Vanessa (Mike) Bunch, William (Shelly) Irwin, Nate (Kristie) McBee, Tracie (Brandon) McCormick, and Mindy (Matt) Palmer; 14 great-grandchildren; 8 great-great-grandchildren; and numerous lifelong friends who will all miss him terribly. Family will receive friends 5-7pm Tuesday at Click Funeral Home Middlebrook Chapel. Funeral Service will be 1pm Wednesday at Brantley’s Chapel Primitive Baptist Church, with Cyrus’s son, Rev. Jerry T. McBee, officiating. Body will lie in state 1 hour prior to the service. Burial in the church cemetery will follow.

Bertha Siqueiros Sanchez Yost, 94, went to be with the Lord on 9/2/2020 at UT Medical Center, Knoxville, TN. Born 7/2/1926 in Magdalena, Sonora, Mexico, she was 18 she married and moved to Arcata, California. She raised 6 children on her own: Mary Antolini (Gary), Ty Sanchez (Twila), Frank Sanchez, Tony Semore (Randy), Bertha A. Sanchez (Ernie Fortin), and Christina Flynn (deceased). Grandchildren: Michael Sanchez, Michelle Sanchez, Tyson Sanchez (Tera), Megan Warren, Frank Sanchez Jr., LaShawna Sanchez, Stephanie Holmes (David), Jonas Semore, Anthony Semore, Stacy Gildersleeve (Jason), Collin C. Colby (Ben), David Flynn and special nephew Fausto (Pelon) Borbon and many great-grandchildren. Preceded in death by her parents, siblings Maria Borbon and Pimenio Siqueiros, Armando Sanchez, Fritz Yost and youngest daughter, Christina Flynn. Bertha was a beautiful soul, loving and forgiving, always looking for the good in people and situations. She was a devout Catholic and member of ST. Bernards Catholic Church, Eureka,CA and Our Lady of Fatima, Alcoa, TN. Bertha loved babies and puppies, gambling and yard sales. Every day was a beautiful day whether it was sunny, raining, foggy or snowing, it was a beautiful day and a gift from God. Her last 14 months in Alcoa TN were a joy/gift to daughter Bertha and grandson Collin with whom she spent countless hours laughing, listening to music, dancing, watching Lawrence Welk and old movies and accompanying them daily. Bertha was an inspiration to all who knew her because of her energy and the true love she emitted to all. She never complained. She made friends everywhere she went and will be missed by many. In lieu of flowers the family requests donations be made to St. Jude’s Children’s Hospital or Ruff Riders Animal Rescue, P.O. Box 6374, Maryville, TN 37802. The family will have a Funeral Mass on Tuesday, September 8, 2020 in the Smith East Hall starting at 5 p.m. Smith Funeral and Cremation Service, 983-1000. www.SmithFuneralandCremation.com