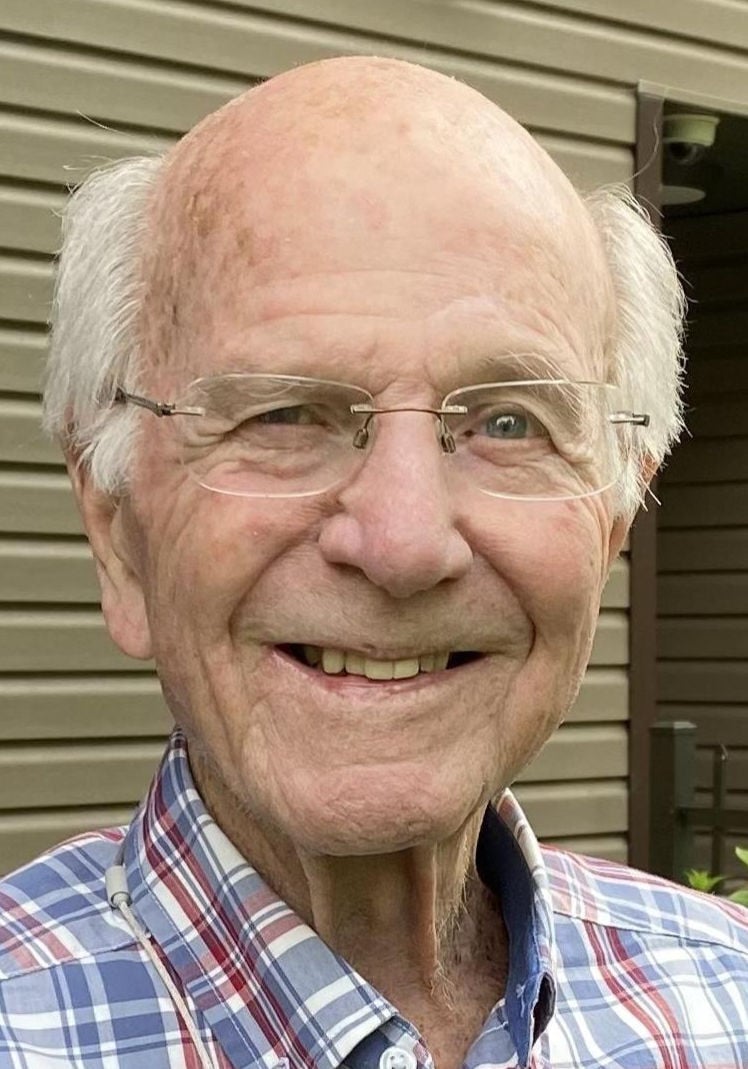 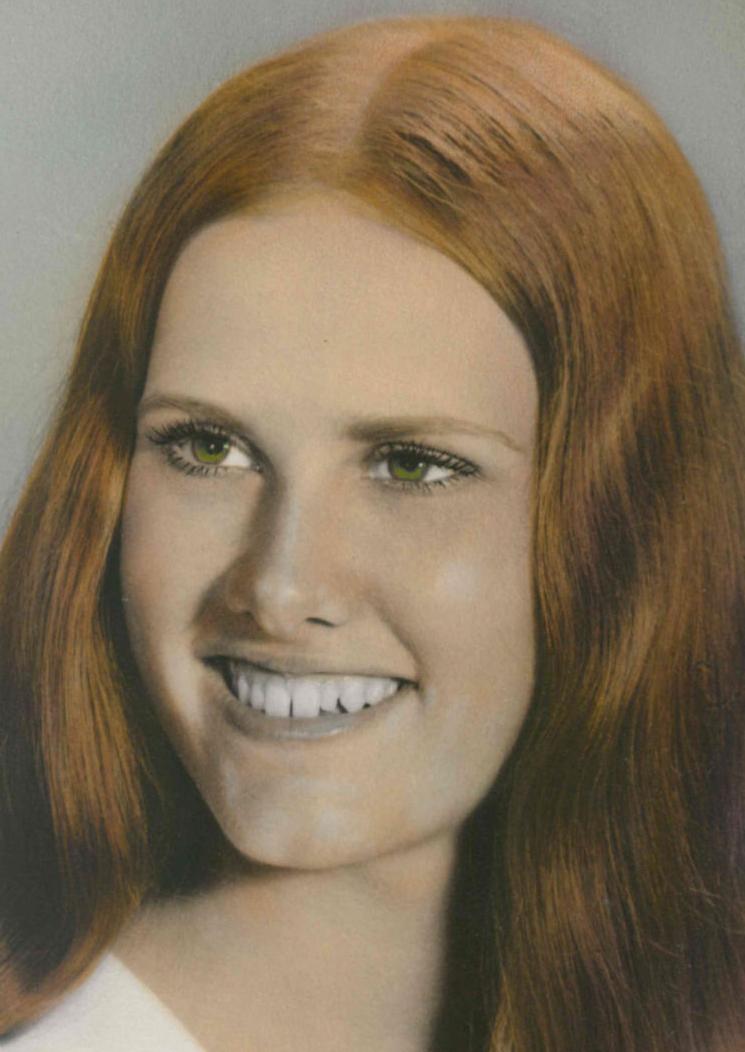 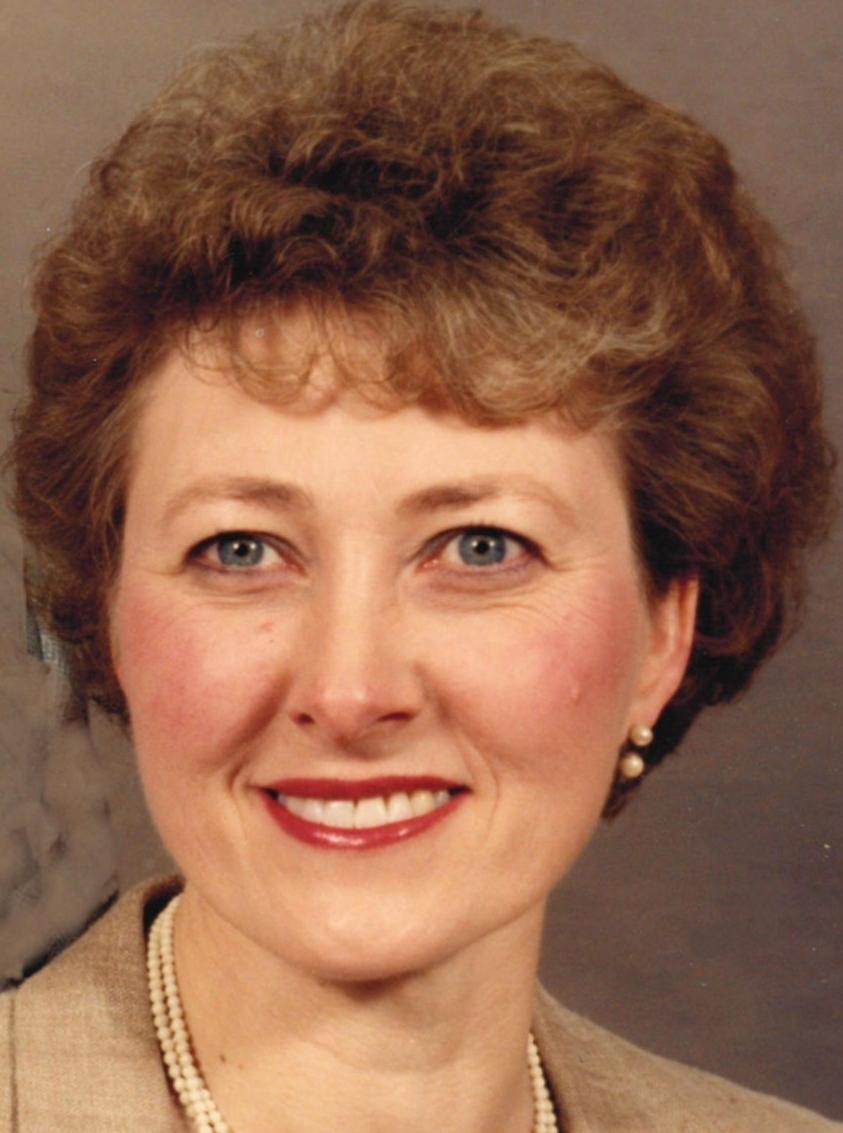 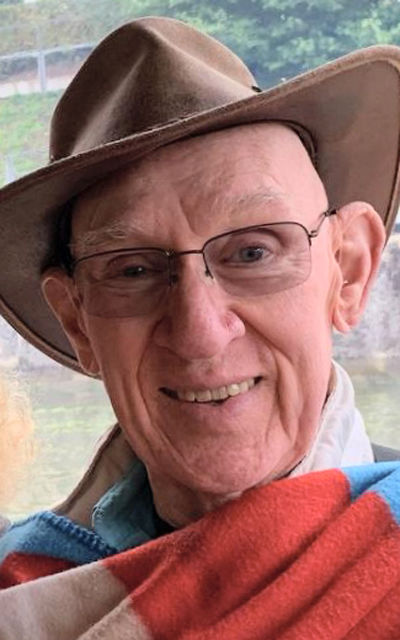 Charles Edward Beasley, age 80, passed away Thursday, November 18, 2021, at Blount Memorial Hospital. Charles was retired from William Blount High School as the Auto Body teacher and was a veteran of the US Army. He was preceded in death by his parents, Noah and Frances Beasley. He is survived by his wife, Bonnie Ruth Beasley; son and daughter in law, Charles N. and Misty Beasley; grandson, Charles J. Beasley; brother and sister in law, Neal and Katherine Beasley; sisters and brothers in law, Connie and Rev. Ronald Steele, Sharon and Terry Martin and several nieces and nephews. In lieu of flowers, memorial contributions may be made to Carpenter's Campground UMC Cemetery Fund. Graveside service and interment will be held 3:00 p.m. Monday, November 22, 2021 at Carpenter's Campground UMC Cemetery, Rev. Ronald Steele officiating. Arrangements are with Miller Funeral Home, Maryville.

Linda Douglas Bowers, age 69, of Maryville, daughter of Walter and Wilma Douglas, departed from her earthly home on Friday, November 12th. Linda graduated from West Virginia State College in Charleston, West Virginia with a Bachelor of Science Degree in criminal justice. She was chosen as the outstanding student in the Criminal Justice Department. Linda also volunteered in the federal ACTION program, working as a counselor in the Kanawha County Juvenile Court in Charleston. She was preceded in death by her father, Walter Douglas; infant son, Matthew Kevin. Survivors include her mother, Wilma Douglas; brothers, Gary Douglas (Rhonda White), Phil (Barbara) Douglas; sister, Deanna Sheffer (Bill); nieces, nephews, cousins and aunt. Friends may pay their respects and sign the register from 9:00 AM - 3:00 PM, Monday, November 22nd at McCammon-Ammons-Click Funeral Home. Family and friends will meet at Sherwood Memorial Gardens Chapel, Tuesday, November 23rd at 3:00 PM, with niece, Pastor Alison Leamon officiating. Memorials may be sent to St. John United Methodist Church, 2201 East Broadway, Maryville, TN 37804. The family would like to thank all the nurses and caregivers, Wendy, Gwen and Theressa for the many years of taking such good care of her and the ones who came and exercised her. www.mccammonammonsclick.com 865-982-6812

Eugene Bedford Farmer, age 81, passed away at his home on Thursday, November 18, 2021. Gene worked for U.T. for 47 years as a Senior Draftsman. While there, he got to serve on the U.T. Athletic Board as an employee representative in 1986. He was a member of Pleasant Grove Baptist Church. He was preceded in death by his father, Vincent Farmer; mother, Mary Farmer; sisters, Martha Dunlap, and Phyllis Moore. He is survived by his wife of 55 years, Christine Byrd Farmer; son and daughter-in-law, Marcus (Teresa) Farmer of Old Hickory, TN; daughter and son-in-law, Kristin (Andy) Buckner of Maryville; grandchildren, Drew and Amelia Farmer, and Ella Buckner. Family and friends will meet at 3:00 PM, Sunday, November 21st at Grandview Cemetery for a graveside service with Rev. Greg Long officiating. In lieu of flowers, please make donations to the American Heart Association. www.mccammonammonsclick.com 865-982-6812

Mrs. Elizabeth (Betty) Waller Fortenberry, 74, born January 2, 1947, in Chattanooga, TN. Passed away November 16, 2021, at home due to complications with Alzheimer's Battle. She was of Baptist faith. She is preceded in death by her parents, Albert and Alice Waller of Chattanooga, TN. Elizabeth is survived by her husband of 51 years, Kent Fortenberry; son, Kevin Douglas (Amber) Fortenberry; and granddaughter, Hayden. Elizabeth was a graduate of Brainerd High School in 1965. She received her Bachelor Degree from UT of Chattanooga in Business Education in 1969. After graduating from UTC, she worked for TVA. And later taught various subjects in the Hamilton County School System, with her final stop at Lookout Valley High School. In 1975, Elizabeth received her Master's Degree also in Business Education from MTSU in Murfreesboro, TN. Elizabeth was a professionally trained pianist with Cadek Conservatory of Music. She was trained by Evelyn Gibbs and other musicians well known in Chattanooga. She was a long time church pianist and organist with local churches. Active for years at Brainerd Baptist where she met and married her husband in 1973. She loved to cook and throw dinner parties. Her entire family will miss her home cooked meals, her generosity in reaching out to help others, and her pleasant smile and sense of humor. While living in Nashville, TN for 20 years Elizabeth was an active Sunday School Teacher and assisted in the music ministry of various Baptist Churches. In the Brentwood/Franklin area Elizabeth was passionate about helping others in education. For several years, she was a life coach and operated the training center, Elizabeth Fortenberry School of Business. Elizabeth was also with American Private School Educators, certified in secondary Education in TN, certified professional secretary, a member of the Education Committee of Chattanooga, Manufacturers Association, 1996, Citizens Partnering Together, Inc. and a member of Delta Pi Epsilon. A Celebration of Life will be held Wednesday, November 24, 2021, at 11:00 A.M. with Pastor Troy Walliser officiating, Heritage Funeral Home, East Brainerd. Interment will follow at Lakewood Memory Gardens, East. Gathering of Family & Friends will be held Tuesday from 4:00 P.M. until 8:00 P.M. and Wednesday from 9:00 A.M. until the funeral hour at Heritage Funeral Home, East Brainerd. A special thanks to Standifer Place Rehab, Erlanger Continucare Nurses and therapists and Hospice of Chattanooga. Also, to Home Instead of Chattanooga, whose care aides assisted Elizabeth for over four years. One aide in particular, Yolanda Sanford Kirk, who was her daily care aide for over two years. She became a big part of the family. Memorial contributions may be made to the Alzheimer's Association, Ronald McDonald House of Chattanooga, or Pat Summitt Foundation, 520 West Summitt Hill Drive SW #1101, Knoxville, TN 37902. Visit the online obituary www.heritagechattanooga.com to post tributes and share memories. Arrangements are by Heritage Funeral Home, East Brainerd.

Gaynol D. "Moe" Greenwood, 86, of Seymour, died Nov. 13, 2021. A problem-solving engineer at heart, the family is certain the pearly gates are already opening smoother, even if there's an extra spring leftover, now that he's had a a chance to work on them. He is survived by his wife, Faye Hochnedel; his son, Brad (Kristen) Greenwood, of Clinton; his daughter Amy (Rick) Bookwalter, of Virginia; his step-son Marcus (Susan) Fitzsimmons, of Thompson's Station; grandchildren, Matthew (Sheryl) Bookwalter, Joshua (Samantha) Bookwalter, Daniel (Katie), Josiah (Elizabeth) Bookwalter Benjamin (Paige) Bookwalter, Samuel Bookwalter, Mary Bookwalter, Jonathan Bookwalter, Michael Bookwalter and Katelyn Fraker; 10 great-grandchildren; and his sister Mona (Russell) Blair, of Illinois. Moe served overseas in the U.S. Army Signal Corps during the Korean conflict and returned home to earn his BS in mechanical engineering from the Missouri School of Mines and Metallurgy (1962). He worked as a project engineer, dept. superintendent, project manager, general manager, partner, owner and instructor in paper mills and metal fabrication plants in the Midwest before becoming director of facilities planning for UT Medical Center. Since his retirement from UT in 1995, Moe has been best known as the photo half of MoeFaye Travel, where he and Faye put together trips for seniors ranging from day trips to cross country ventures and international excursions. He was a member of First United Methodist Church in Sevierville and of Tri-County Lions Club in Seymour. He participated in multiple volunteer projects both at home and abroad, including lengthy mission trips and instruction missions to Slovakia, Belize, Kenya and Russia. Between the travel business and his volunteer efforts, Moe made it to six continents, sailed on most of the major oceans and a host of the world's major rivers, always with his camera in hand. In retirement, he helped design the senior center in Sevierville, sat camelback in the shadow of the pyramids, befuddled guides with his questions while standing on the Great Wall, rode ziplines through the South American rainforest, dug wells in Africa, was "lost" for a week in Eastern Europe and yet always found time to tinker with something to try and make it work more efficiently. At his request, a celebration of life will be held in the spring of 2022. In lieu of flowers, consider donations to support Tri-County Lions Club at gofundme.com/tri-county-lions-white-cane-dats OR to Wesleyan Wanderers, c/o FUMC of Sevierville, 214 Cedar St., Sevierville, TN 37862.

Clifford H. "Bo" Henry, age 93, passed away peacefully on November 17, 2021, at Sacred Ground Hospice House. Bo was born in Rockford, TN on July 15, 1928. He graduated from Everett High School and Maryville College with a B.S. in Economics. While at Maryville College he served as president of his senior class and earned athletic letters in swimming, football, and basketball. Bo's work experience included being a teacher and principal for Blount County Schools. He served in the United States Army Counter Intelligence Division. The majority of his career was spent as a stockbroker with Paine Webber. Bo served as a Tennessee State Representative for four terms and the Tennessee Board of Regents for fifteen years. He served on numerous boards throughout his life and was passionate about Maryville College and the Smoky Mountain Boy Scout Council. He was a member of Broadway United Methodist Church and taught Sunday School for forty-two years. Because of his many years of service in his community, a section of US Highway 411 is named in his honor. Bo was preceded in death by his wife of 63 years, Shirley Brown Henry. Bo is survived by Stephen "Bo" Henry of Maryville, TN, Julie Henry Cabot of Fernandina Beach, FL, Jodi Henry Walker and husband, John, of Maryville, TN, Holly Henry Burkett and husband, Lee of Clermont, FL, and sister, June Henry Kinkaid of Lenoir City, TN. He was a devoted grandfather to eight grandchildren and one great-grandson who called him "Bo-Dad"! A private family graveside service will be held at Grandview Cemetery. A celebration of Life Service will be held at Everett Senior Center on Tuesday, November 23rd at 5:00 PM followed by receiving of friends until 7:00 PM. In lieu of flowers, memorial donations may be made to Sacred Ground Hospice House, 1120 Dry Gap Pike, Knoxville, TN 37918. Friends may pay their respects and sign the guest register 9:00 AM-3:00 PM Monday, November 22, 2021, at McCammon-Ammons-Click Funeral Home. Bo will always be remembered for his zest for life!! www.mccammonammonsclick.com 865-982-6812

Jack DeLozier Norton, of Alcoa, passed away at home on November 15, after a brief illness. He is survived by his wife Faun DeLozier Norton; nephews Scott DeLozier, Maryville; Bill (Beth) DeLozier, Prospect, KY. Nieces Candace (Robbie) Allen, Corinne (Steve) Liberatore, Ella Liberatore of Charlotte, NC. He was preceded in death by nephew Mike DeLozier. Jack was a Knoxville businessman for 70-plus years. He was a World War II veteran in the 5th Division U.S. Marines Corps - involved in the invasion of Iwo Jima, serving the entire battle where he received the Purple Heart. A private service will be held at Berry Highland Memorial on Tuesday, Nov.23, 5315 Kingston Pike, Knoxville. In lieu of flowers, donations may be made to HonorAir, PO Box 12990, Knoxville, TN 37912. www.mccammonammonsclick.com 865-982-6812