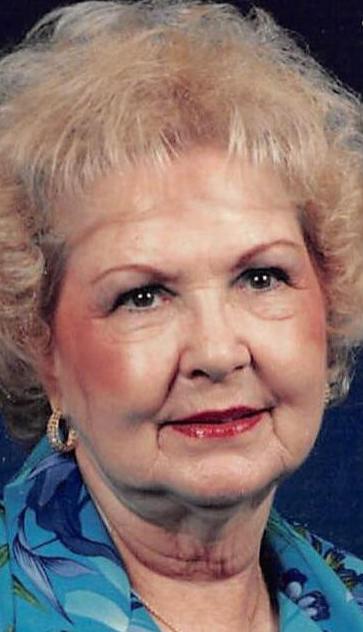 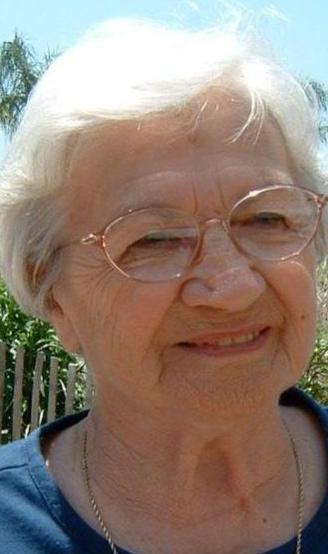 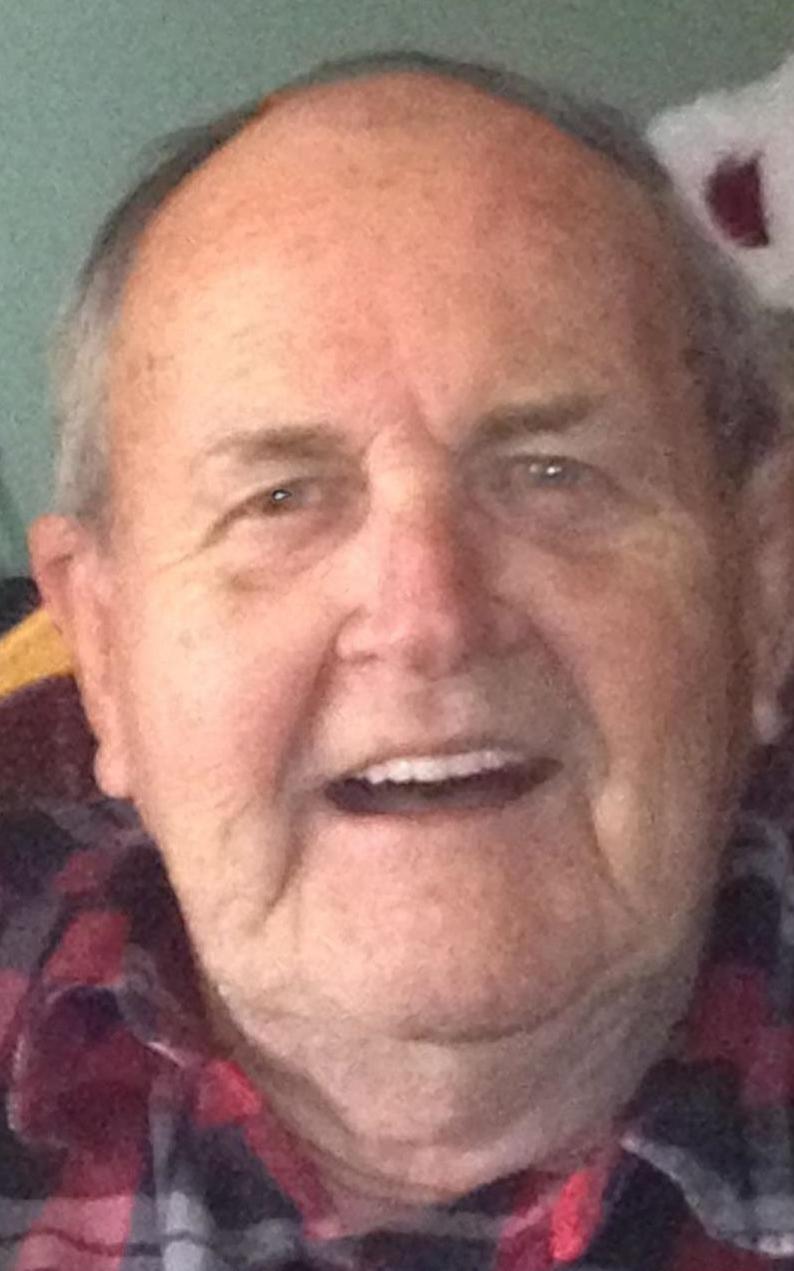 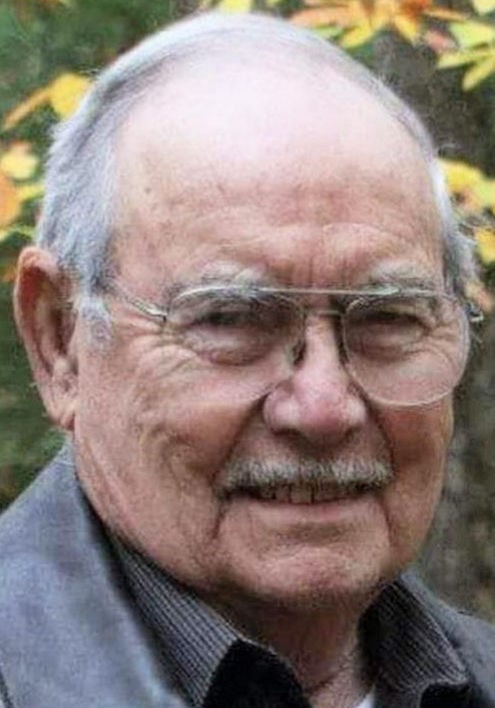 Jennie V. Burris (née Fiorilli), age 95, longtime resident of Blount County, passed away Sunday, July 18, 2021 at Blount Memorial Transitional Care Center. She was born in Philadelphia, Pennsylvania to Italian immigrant parents and as a young woman worked in the Philadelphia Navy Yard, assembling military planes during WWII. In Philadelphia she met her future husband Bill, a sailor in the U.S. Navy, and after the war’s end, the couple married and moved to Tennessee, eventually settling in Maryville. She loved her Tennessee and Philadelphia families, and kept her heart in both places. She was happiest when traveling. With her husband, she visited the entire country as well as many locations abroad. She was preceded in death by her beloved husband William (Bill) O. Burris, Jr.; parents Ermindo and Filomena Fiorilli; and six brothers and sisters. She is survived by one sister, Esther Bowe, Philadelphia, PA; daughter Virginia Milligan, Maryville, TN; son and daughter-in-law, William O. Burris, III and Betty Jane, Kingsport, TN; grandsons Dr. Gerry Milligan and husband Ben Medley, Jersey City, NJ; Colonel Bradford Burris and wife Cheryl, Washington, D.C.; Blake Burris, Johnson City, TN; and Barton Burris, Johnson City, TN; great-grandson Bodhi Burris, Johnson City, TN; and many special nieces and nephews. A memorial service will be held at a future date. In lieu of flowers and gifts, the family asks that memorial contributions be made to St. Jude Hospital, one of Jennie’s preferred charities, or SMILES, a local charity that assists seniors living in Blount County, Tennessee. www.mccammonammonsclick.com 865-982-6812

Robert Lee Griffitts Jr. passed peacefully from this life, into eternal life, to be with his beloved wife, on Saturday, July 17, 2021. He was born in Lenoir City, Tennessee on September 12, 1928. To have lived such an adventurous life was truly a blessing. Bob celebrated 70 wonderful years of marriage to Dora Dean McCroskey. He was a loving, kind, generous, and supportive father to his proud son, Robert Mac Griffitts and his grateful daughter Rebecca Ann Griffitts James. He loved his daughter in law Katherine Campbell Griffitts and his son in law William David James, as his own. “Granny & Papa” captured the hearts of their grandchildren, Christopher Justin Griffitts, Stacey Lynn Griffitts Langford and Casey Lee James. His great grandchildren, Collin Mac Griffitts, Kaitlyn Camryn Langford, Addysann Faith Langford and Coleman Robert Langford will forever cherish their time spent with Granny & Papa. Bob was a true gentleman. He took care of family and friends like no other. He had a truly giving soul. Bob could make even a bad joke, funny. He always had a sense of adventure and really knew how to enjoy life to the fullest. Robert retired from the United States Air Force after 20 years. He served during the Cuban Missile Crisis and the Vietnam War. He was an aircraft maintenance supervisor, responsible for B-52 missions. After retiring from the Air Force, he had a second career at Cherokee Aviation, McGhee Tyson Airport, as a licensed FAA Aircraft Mechanic. Robert was a Master Mason for over 60 years. Robert became a Shriner and participated in many Kerbela Shriners Circus’ and Shriners Parades. Bob and his wife, Dean, have always enjoyed collecting classic cars. They were actively involved in the East Tennessee Region Antique Automobile Club of America, where Bob previously served as President. Bob and Dean were charter members of the Smoky Mountain Classic Thunderbird Club, where Bob had served as Vice-President. Bob was also a member of the Shriners Car Club. His was truly a life well lived. He will be missed by all.

The Williamson family mourns the loss of its beloved matriarch, Margaret Vivian Yearout Williamson, who passed with family by her side on July 20, 2021, and is now in her Heavenly home with her Lord and Savior. Although she battled hereditary pancreatitis and diabetes for 62 years (passing from congestive heart and renal failure). Margaret was the embodiment of fierce strength and intense determination- truly an inspiration to her family and all who knew her. As a loving and devoted wife, mother, grandmother, and great-grandmother, Margaret will be especially remembered for graceful dignity, kindness, loyalty, and an unconditional love for her family. Born on July 3, 1928, Margaret recently celebrated her 93rd birthday. She recalled meeting, at the age of 16, the love of her life, Earl- with whom she enjoyed 66 years of marriage (until he passed in 2011), five children, seven grandchildren, and two great-grandchildren. Among Margaret’s greatest joys were family time, flower gardening, quilting, cooking, reading, and watching basketball and football (especially her UT Vols); many hours she spent just sitting on her front porch gazing at her beloved Chilhowee Mountains. She attended Porter High School, retired from the Levi Strauss & Company after 35-year career, and was a longtime and faithful member of Prospect Baptist Church. Margaret is survived and deeply missed by daughters and son-in-law, Vivian Simmons, Peggy Julian, Sharon and Roy Heck; sons and daughter-in-law, Stan Williamson, Stacy and Tracy Williamson; grandchildren, Tywanna and Greg McDaniel, Rodney Simmons (Chattanooga, TN), Toby Boatman (Sumter, SC), Mara Williamson, Sara Williamson; great-grandchildren, Hunter McDaniel and fiancé, Brittany Tipton, McKinley Williamson; sister, Barbara Tipton; and several nieces and nephews. Margaret was preceded in death by her beloved husband, Earl McKinley Williamson; grandson, Terry Boatman; infant granddaughter, Pamela Heck; parents, Mae and John Yearout; brothers, Gilford Yearout and Howard Yearout; sister, Wilma Cutshaw; sons-in-law, Reverend H. Wayne Simmons and Terry Julian. The family sincerely appreciates the Asbury Place Assisted Living caregivers and staff for the gentle and loving care of our mom. We also thank Amedysis Hospice for its kindness and compassion. Friends may stop by to sign the book and pay their respects from 9:00 AM until 4:00 PM Friday, July 23, 2021, at Smith Trinity Chapel. A Graveside Service will be at 10:00 AM Saturday, July 24, 2021, at Prospect Baptist Church Cemetery, with Pastor Larry Pugh officiating. Smith Funeral & Cremation Service, Maryville, 865-983-1000, www.SmithFuneralandCremation.com.