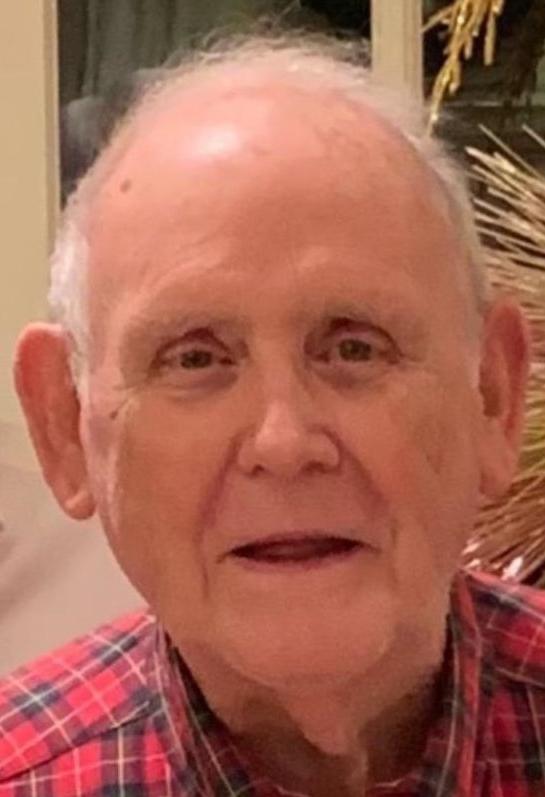 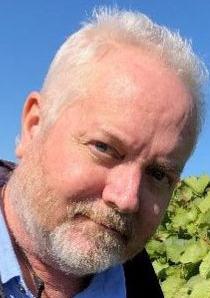 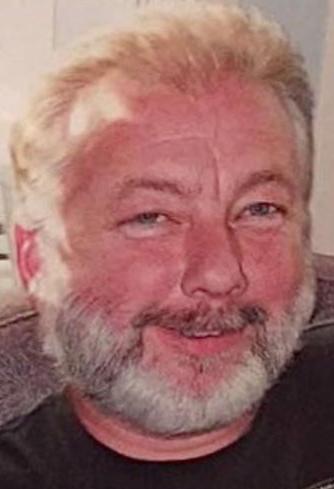 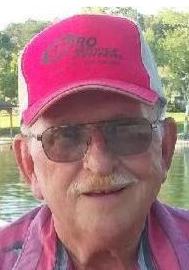 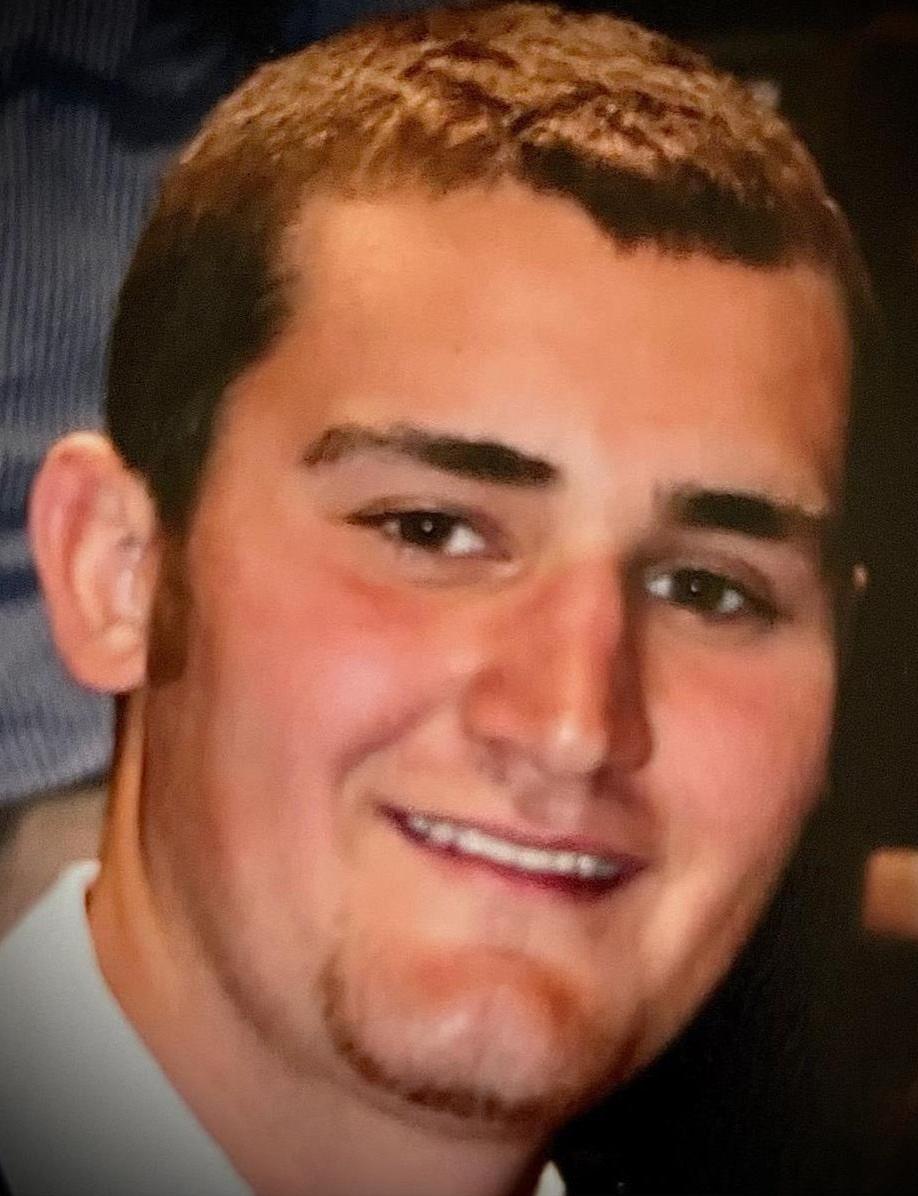 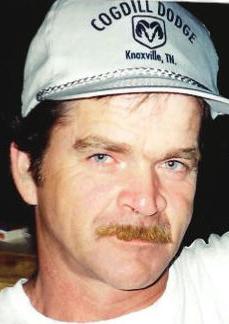 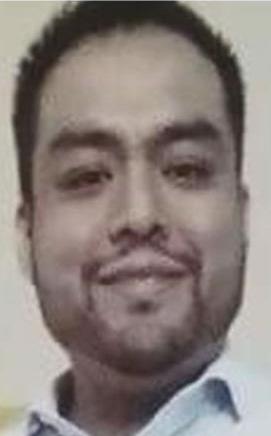 Boudreau, Brian, 49, of Maryville, died June 8, 2021. Arrangements will be announced at a later date by McCammon-Ammons-Click Funeral Home.

Benjamin Leslie Cate Jr. (Benny Boy) born April 20, 1934, went to be with his Savior on Sunday, June 6th, 2021, at the age of 87. He was a life long resident of Maryville, Tennessee and shared 64 years of marriage with the love of his life, Nancy Sue Lambert, raising 4 children together. They were long-time members of Broadway United Methodist Church, Maryville, Tennessee. Ben was one of the founding partners of Cate-Russell Insurance in Maryville, Tennessee with his son Leslie and Bruce Russell. He was a 60-year member of the Maryville Kiwanis Club and dedicated his retirement years to fundraising and recruitment of new members. Ben was also a long-time board member of the Maryville Housing Authority, and his commitment was recognized with the dedication of the Ben Cate Building on Home Avenue in Maryville, Tennessee. Ben was always an active father, whether as a coach for little league baseball or as an enthusiastic spectator watching all is children swim for the Green Meadow Country Club Swim Team. He loved the walking horse industry and showed for over 40 years; however, his greatest joy was watching his granddaughter and daughter-in-law enter the ring. No grandfather loved his 4 grandchildren and great-granddaughters greater than Benny Boy! Ben is preceded in death by his loving wife, Nancy Lambert Cate, his parents, Benjamin Leslie Cate, Sr. and Gladys Griffin Cate and his sisters, Peggy Cate Smith and Patsy Cate Vaeth. He is survived by his children, Leslie Cate (Loretta), Sheree King (Greg), Mark Cate (Diane) and Mike Cate, his grandchildren Ashley Cate Vogel (Max), Lindsey Cate Salter (John), Emily King and Ben King, and great grandchildren Elle Vogel, Vada Vogel and Penelope Salter and his brother Jimmy Cate (Karen), brother-in-law Sam Vaeth, and sister-in-law's Betty Kerr and Sylvia Erwin. Honorary Pallbearers are Ben's long and best buddies, Dr. William (Bill) Crowder and Mr. Wilson Borden. Special thanks to the wonderful staff at Blount Memorial Hospital. Receiving of Friends will be from 4:00-6:00 PM at McCammon-Ammons-Click Funeral Home in Maryville, Tennessee on Thursday, June 10th, 2021 with service immediately following. Burial will be at 9:00 AM on Friday, June 11th, 2021 at Grandview Cemetery, 20304 Tuckaleechee Pike, Maryville, Tennessee. In lieu of flowers, the family requests memorial donations to Broadway United Methodist Church, 309 East Broadway, Maryville, Tennessee 37804 or Maryville Kiwanis Club, 576 Foothills Plaza Drive, Maryville, Tennessee 37801. www.mccammonammonsclick.com 865-982-6812

Michael "Mike" Franklin Jackson, age 54, of Maryville, Tennessee, passed away on Saturday, June 5, 2021 at Blount Memorial Hospital, surrounded by his family. He is survived by his daughter Macy Jackson, father Art Jackson, mother Carolyn Jackson, brother Steve Jackson (Monique), sister Teresa Jackson Morton (David), nieces Elizabeth and Emily Morton and nephews Shane and Chase Jackson. Mike also leaves behind his beloved cat Hannah and many dear friends. A 1985 graduate of Maryville High School, Mike earned two Associates degrees from Pellissippi State Community College in computer automated drafting and design (CADD) and civil engineering. During his career, Mike served as president of Signage, Inc. in Centerville, Tennessee, was a structural engineer at Signage Solutions in Powell, Tennessee, and most recently a research and development design supervisor at Yamaha Jet Boat Manufacturing in Vonore, Tennessee. Mike will be remembered as a man who was a loyal friend and loving son, father, and brother. He had a compassionate heart and a strong faith and was a member of Broadway Baptist Church. Mike was always available to help a friend and enjoyed many lifetime friendships. He enjoyed playing guitar with his friends, listening to all types of music, fishing, gardening, cooking, and being on the lake. While living in Centerville, TN he loved his farm and horses, especially his Tennessee Walking horse "CB". Family members wish to thank Dr. Phillip Hanneman, MD, and the nursing staff at Blount Memorial Hospital CCU unit for their gentle care and support. The family will receive friends from 5-7 p.m. at Smith Trinity Chapel on Thursday, June 10, 2021, followed by a memorial service at 7 p.m. Pastor Ben Ward of Springview Baptist Church will officiate at the memorial service on Thursday evening, and at the graveside service at 11:00 a.m. on Friday, June 11, 2021 at Grandview Cemetery. Mike contributed to organizations that helped children and adults with special needs, therefore the family requests that any memorial contributions in Mike's name be made to local special needs support organizations or to the ministries of Springview Baptist Church. Arrangements are provided by Smith Funeral and Cremation Service (www.SmithFuneraland Cremation.com), Maryville, Tennessee, 865-983-1000.

Donna Mae Malach, age 88, passed away on June 5, 2021. Born in Sublette, Illinois, on Nov. 19, 1932. She loved playing the marimba, organ and piano, and before we stopped her in her 80s, mowing five acres of yard. Preceded in death by her mother, Ruth Dingers Malach; father, Gilbert A. Malach; sister, Kay Malach Webb and brother-in-law, Ken Webb; brothers, Eugene and Gerald Malach; sister-in-law, Rosemary Wright Malach; and niece, Debbie Stethen. Survived by brothers, Gilbert J. and Philip G. Malach, both of Louisville; nieces, Michele Malach and husband, Robb Brantley, of Durango, Colorado, and Dixie K. Pierson and husband, Don Pierson, of Washington, D.C.; nephews, Philip Russell Malach and Wally Pressley, of Louisville, and Tony Webb and spouse, Steve Holcomb, of Maryville; great-nephews, Johnathan, Samuel, Jensen Malach and Herbie Harrell; and great-niece, Valerie Goble. Donna was a member of Our Lady of Fatima Catholic Church in Alcoa, Tennessee. Receiving of Friends will be held from 9:15-10 a.m. on June 10, 2021, followed by a memorial service at 10 a.m. at Our Lady of Fatima Catholic Church on Louisville Road in Alcoa, Tennessee. In lieu of flowers, donations accepted to Community Food Connections, P.O. Box 786 Alcoa, TN 37701.

David Ralph McFall went home to be with his Lord on Sunday, June 6, 2021. His beloved family was by his side. David was born on May 2, 1957 to Troy Jewell (T. J.) and Barbara Jean (Brown) McFall. David and his wife, Joan, made their home in Vonore. He worked at Sea Ray Boats and retired in 2009. David was an avid outdoorsman who loved fishing and hunting and passed this love on to his children. David loved spending time with his family. He would spend weeks getting the camper ready for their annual summer camping trips. He had a gruff exterior that was armor for a huge heart. David bled Ford blue, and everyone in his circle knew not to say a bad word against Peyton Manning. He was loyal to his family and friends, and he played the role of "Dad" to so many others throughout the years. His best buddy was his grandson, Rylan. David always gave whatever he had to others in need. Even in death David continues to give as several individuals will benefit from his organ donation. Preceded in death by his parents, Barbara Jean (Brown) and Troy Jewell (T. J.) McFall; brothers, Troy and Terry McFall. He is survived by his wife of twenty-six years, Joan (Gray); daughter, Ashley (Jody) Teefeteller; son, Tyler (Shelby); grandson, Rylan Teefeteller; granddaughter, Lani Teefeteller; brother, Ricky (Vickie); sister-in-law, Sharon McFall; sister and brother-in-law, Janie and Dave Evans; nephew, Andy (Allie) McFall; niece, Angie (Robbie) Baumgardner; niece Gina (Scott) Jenkins; niece Erin (Michael) Mills; best friend, Johnny (J.B.) Brooks; special cousin, Jill (Clint) Turpin. The family will receive friends on Thursday, June 10 from 6-8 pm at Biereley Hale Funeral Home in Madisonville. A graveside service will be held on Friday, June 11 at 11:00 a.m. at Big Toqua Cemetery in Vonore. The Reverend Charles Bailey will officiate.

Richard Thurman Moats Jr. born August 17th, 1959, in Xenia, Ohio passed away on June 6th, 2021. He was preceded in death by Wife Diana Moats, Father Richard Thurman Sr, Daughter Sueann Moats. Richard was survived by Mother Sue Carol Moats, Sister Debbie Dirmeyer (Randy) and family, son Michael Moats (Brandi). He was a high school graduate and employed in construction. Richard was a loving father, son, and brother, he will be missed by all. 23 Psalm-

Domingo Perez Morales known as "Daddy, Fatboi, Neehko, and Mingo" was Born in Mexico City, Mexico August 4, 1985 to Parents Juan and Julia. Passed away at home after a hard battle with cancer June 6, 2021. He truly was a warrior for his family, he is survived by his loving wife Luisa and six children Aleese, Aeleeana, Antonio, Arhiyanna, Annaleyah and Aubrielah. He will be fondly remembered as the best Husband, Daddy, Son, Brother, and also a great friend to those honored to know him. He will be greatly missed. Smith Funeral & Cremation Service, Maryville, 865-983-1000, www.SmithFuneralandCremation.com

Don Ray Watkins, 71, of Maryville but resided in Niota, lost his battle to cancer on Monday, December 14, 2020. Don worked for Alcoa Aluminum for 35 years, he also drove a school bus for Blount County schools for 35 years. A Celebration of Life gathering is planned for Saturday, June 12, 2021 from 4:00 PM until 6:00 PM at the Wesleyanna United Methodist Church located at 649 County Road 609 in Athens, TN. The family invites all friends and family to come out and Celebrate Don's life. Bring your appetite and memories. You are encouraged to share a memory of Don and/or your personal condolences with his family by visiting his memorial webpage and guestbook at www.companionfunerals.com. Companion Funeral Home of Athens is honored to assist his family with these arrangements.