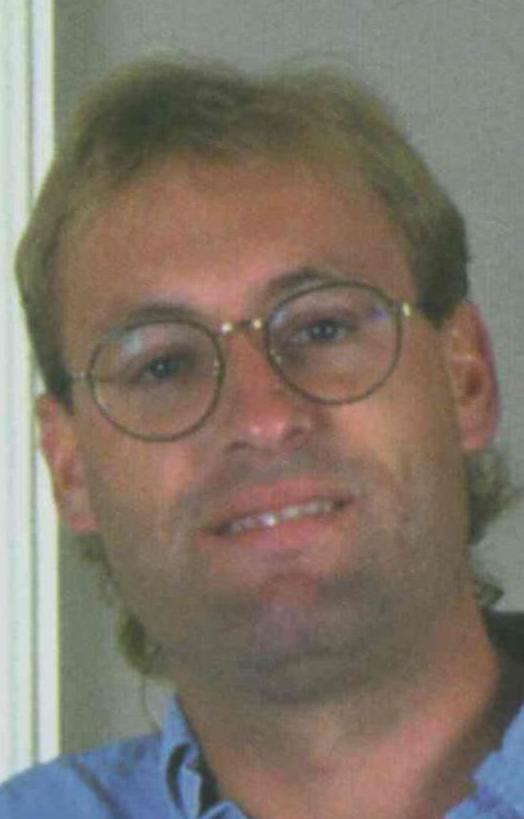 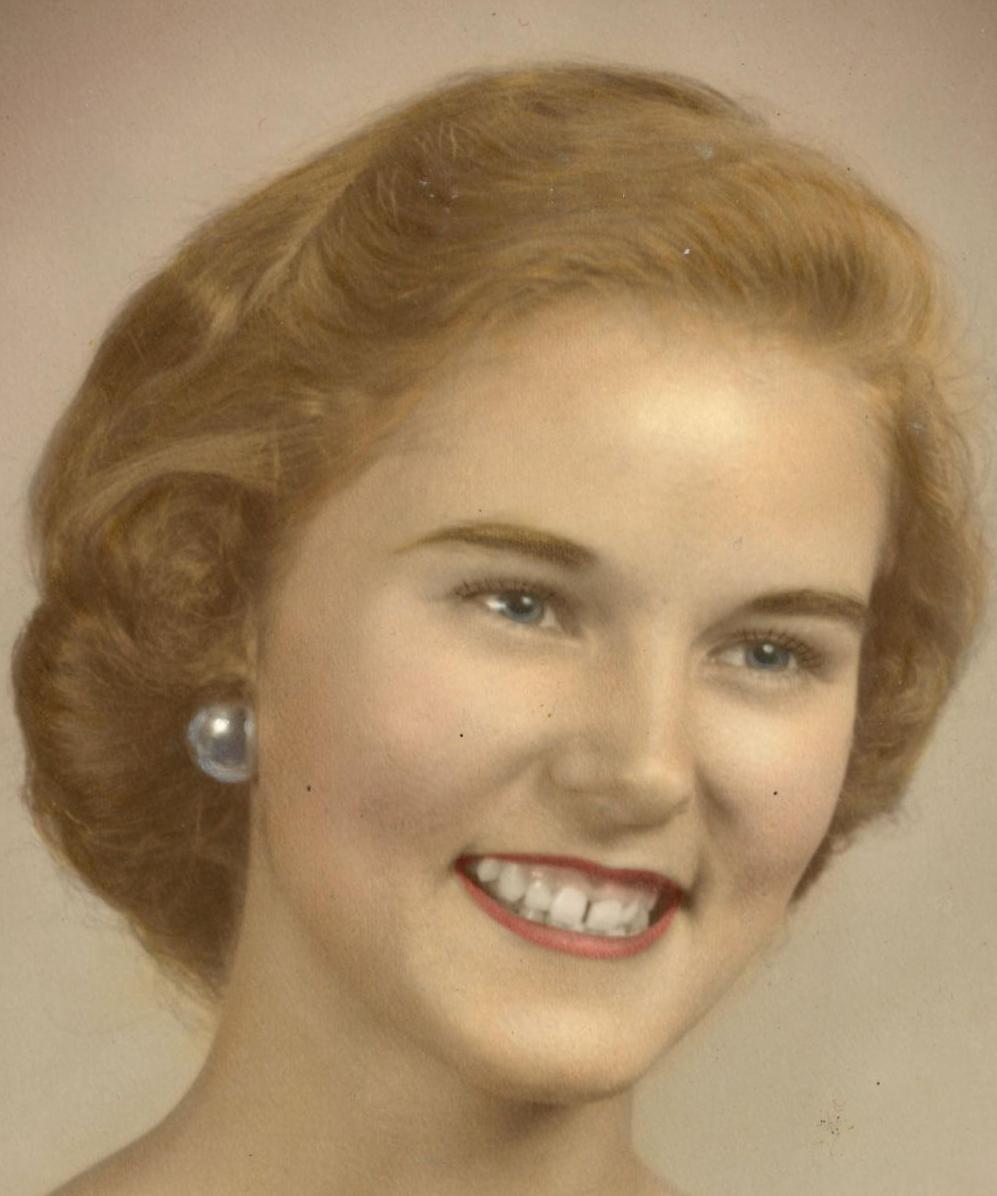 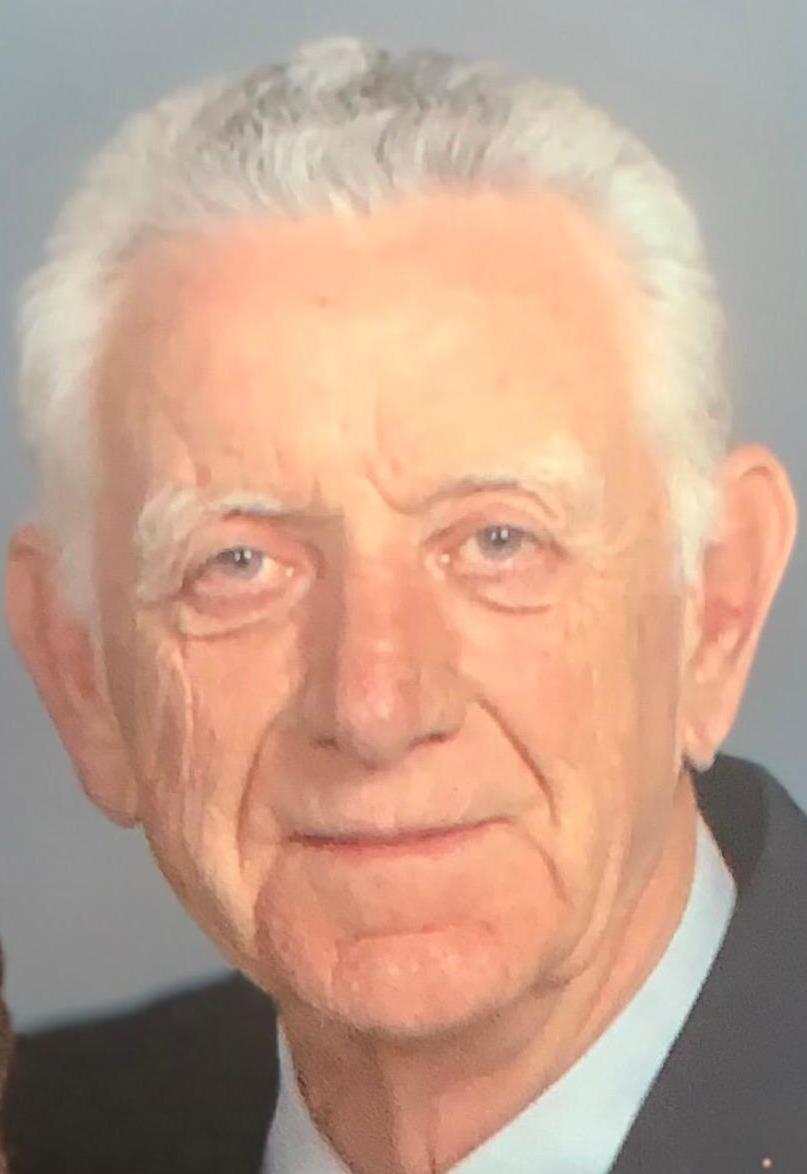 Suann C. Behm, of Maryville, passed away on October 11, 2021. Suann was born on April 9, 1939 in Utica, NY to the late Harry and Gertrude Corts. She graduated from the Utica Free Academy in 1957 and worked for Oneida National Bank. Suann was a long-term donor to St. Jude's Hospital. She is preceded in death by her parents and her sisters Marilyn Ling, Nancy Rowland and Arlene Voss. Suann is survived by her husband Robert J. Behm, children Dyan Williams, Theresa LaFlair, Karin Price, Kristen DeLee, and her grandchildren Meaghan (Alex), Justin, Joe, Dan, Matt, Alyssa, Kasey, Jake and Katie. There will be a private cremation service held by her immediate family. A Celebration of Suann's Life will be held Friday, October 15th, 2021 at 6pm at 2378 Pennsylvania Avenue.

Marvin Halterman, born January 17, 1935, went home to heaven on October 8, 2021, leaving behind sons and daughters-in-law: Greg and Diane Halterman and Mark Halterman and Sherrie Bishop, grandsons: Geoffery, Jason, and Michael, and several great grandchildren. A memorial service will be planned at a later date. Memorial Funeral Home is in charge of arrangements. Condolences may be made at wwwmaryvillememorialfuneralhome.com

Mary Vena (Jackie) Worth Hines passed away quietly Friday Oct 8th, surrounded by her loving family. She was a Christian and active member of the church she loved, Oak View Baptist. She is survived by her loving husband of 63 years, Ed Hines, and daughter Kathy Hines. Grandchildren: Kasie Cox, Marcus May and wife Tammy, and Alex Zetzche. Great-granddaughter Olivia Cox. And Jake, Amanda, and Dexter Saffell. Brother John Worth, brother-in-law Mack Large, and special family friend John Mode. Several nieces and nephews. She was preceded in death by her two precious sons Eddie, and David Hines, grandson Byron May, parents Tom and Vena Worth sister JoEdith Large, In-laws Harold (Red) and Arminda Hines, and sister-in-law Joy Worth. The Family will receive friends Thursday, Oct 14th at Oak View Baptist Church from 6:00-8:00, and funeral to follow. Burial is still pending. The family asks that in lieu of flowers a donation be made in her name to either Oak View Baptist Church, or St. Jude's Hospital.

Gene Farris Lambert, born on January 18, 1934, passed away on October 6, 2021, in his hometown of Maryville, Tennessee. Preceded in death by his wife of 65 years, Nancy Fonde Lambert; parents, Sam George and Jessie Keller Lambert; brothers, Ralph "Bud", George (Dolores), Jack (Connie), Glenn (Bobbie), and Jerry "Babe" (Anne), and sisters, Thelma Farmer (Paul), Virginia Reanue (Hobert), Francis Denton (Bruce), numerous cousins, nieces, and nephews. As a son and nephew of some of the most successful pioneers in the aggregates industry, his accomplished career began with the family business in the early 1950's with Lambert Brothers Inc., which was headquartered in Knoxville, TN. When Lambert Brothers Inc. merged with other companies in 1957 to create Vulcan Materials Company, he remained influential in the company's success and retired as Vice President of Production in 1993 in the Midsouth Division. Gene is survived by his sons and daughters-in-law, Doug and Denise Lambert of Maryville, Billy and Lisa Lambert of Knoxville, and Keith and Kathy Lambert of Maryville; grandchildren, Shay Trembley (John), Michelle Lambert, Christopher Lambert (Riley), Renee Hammett (Matthew), Matthew Lambert (Megan), Sara Hughes (Woodrow), Tina Waggoner (Thomas), and Thomas Lambert (Chrissy Hopson); great-grandchildren, Grace Dunn and Owen Trembley, Caden and Isaiah Brock, Rex Wiseman, Davis, Eva and Brett Hammett, and Ada Waggoner; his brother and sister-in-law Eddie and Nancy Lambert of Rogersville, Tennessee; nieces Sarah Hill Gray (Chris) of Marietta, Georgia, Martha Hill Dugger (Lee) of Asheville, North Carolina, numerous Lambert family nieces and nephews; Keller and Lambert cousins; and Holger and Nanni Liedloff, Tascha and Franziska of Preetz, Germany. The family is thankful for the comfort provided to Gene during his final months at Asbury Place in Maryville, Tennessee. Friends may pay respects to sign the register book from 9-3 on Friday at McCammon-Ammons-Click Funeral Home. Family and friends will meet 11:00 AM, Saturday at Grandview Pavilion for a graveside service with Dr. Jerry Russell officiating. In lieu of flowers, the family asks for a gift in memory of Gene Farris Lambert to St. Jude Children's Research Hospital. o St. Jude Children's Research Hospital PO Box 1000 Department 142 Memphis, TN 38148-0142 www.mccammonammonsclick.com 865-982-6812

Mildred Marie McClurg, 92, passed away October 12, 2021. She was preceded in death by husband: H.C. McClurg, son: Spencer McClurg, and granddaughter: Tracie McClurg. She is survived by daughter and son-in-law: Virginia and Doyle Martin, Sons and daughters-in-law: Jimmy and Carol McClurg, Richard and Bonnie McClurg, and Mike and Phyllis McClurg, daughter-in-law: Nita McClurg, several grandchildren, great grandchildren and great-great grandchildren, and sisters: Lillian Russell and Wilma Smith. Funeral services will be held 7:00 P.M. Thursday, October 14, 2021, at Memorial Funeral Home with Rev. Charles Thomas officiating. Family and friends will all meet 11:00 A.M. Friday, October 15, 2021, at Laurel Bank Cemetery for a graveside service. The family will receive friends 5:00 P.M. to 7:00 P.M. Thursday at the funeral home. Condolences may be made at wwwmaryvillememorialfuneralhome.com

Rodney Stephen Shore, 53, was born on 19 December, 1967, and passed on 8 October, 2021, at home with his family by his side following a brief battle with cancer. He spent his last weeks at home sharing tears, laughter, and many good memories with his family and special friends. Rod was born into a Marine family so when his father was on duty in Vietnam he spent his time in the shadow of his Papaw Millsaps on the farm. He became the apple of Papaw's eye who helped him develop his love of animals. Rod grew up with parents who are home builders and he too found joy in building many beautiful homes in Maryville. Rod graduated from Maryville High School in 1986 and attended Maryville College and the University of Tennessee at Knoxville. Rod had a remarkable sense of humor, could recall sports and historical events in detail, and would beat everyone he knew at Jeopardy. Rod was preceded in death by grandparents Ray and Pauline Millsaps and Ova Shore; several aunts, uncles and cousins. He is survived by parents Judy (Jack) Humphreys and Ed (Janie) Shore; daughter Summer Shore and son Spencer Shore; brother Brad (Judy) Shore and sister Beth Pankratz; nieces Sarah and Allison Shore and Ellen Pankratz; nephews Samuel and Brody Pankratz; several aunts, uncles, and cousins; special friend Karla Crawley; his first love Jede' Phillips; his chocolate Pomeranian Mochi. Reverend Jerry Mantooth will officiate the service to be held at Monte Vista Baptist Church, 1735 Old Niles Ferry Road on Thursday 14 October 2021 at 7 p.m. Receiving of friends will be between 5 and 7 p.m. also at Monte Vista. Interment will be at Grandview Cemetery Mausoleum Friday morning at 11 a.m. Rod had the privilege of asking special friends to "carry him" to his final resting place and they are: Paul Beasley, Greg Williams, Rus Reynolds, Tyson Crowder, Justin Hatcher, and Dr. Dan Ricciardi; honorary pall bearer Thomas Williams. Friends and members of the community are also welcome to stop by McCammon Ammons Click Funeral Home Tuesday and Wednesday between 9 a.m. and 3 p.m. to sign the book. www.mccammonammonsclick.com

Pamela Ruth Spangler, 73, of Maryville, TN died on October 11, 2021. Arrangements are incomplete and will be announced at a later date by McCammon-Ammons-Click Funeral Home 865-982-6812.

James "Jimmy" Dean Strickland, 60, of Townsend, went on to be with his Heavenly Father on October 7th, 2021. He was a kind, generous and selfless man who welcomed everyone into his family by showing them the love of God. Jim would always offer encouragement, wisdom, and part of God's Word to all those who needed it. Most of all, he loved his children and grandchildren with an unconditional love that will undoubtedly remain in their most cherished memories for the rest of their lives. Preceded in death by his mother and father, Edward and Linda Strickland, and his sister Cindy McDivitt. Survived by his siblings Randy, Eddie, Elana, Paul, Mindy and Timmy. Also survived by his children Jimmy (Crystal), Travis (Meghan), Brad, Jessie and his six grandchildren: Jerod, Abby, Candice, Connor, Ethan and Delilah. Celebration of life will be held at a later date.