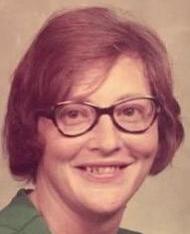 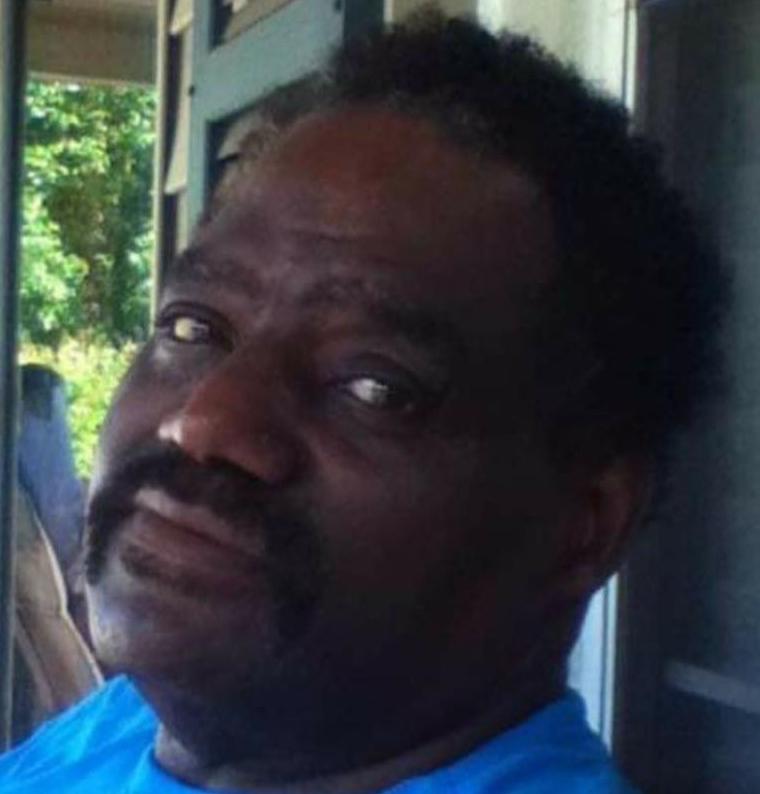 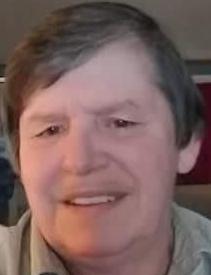 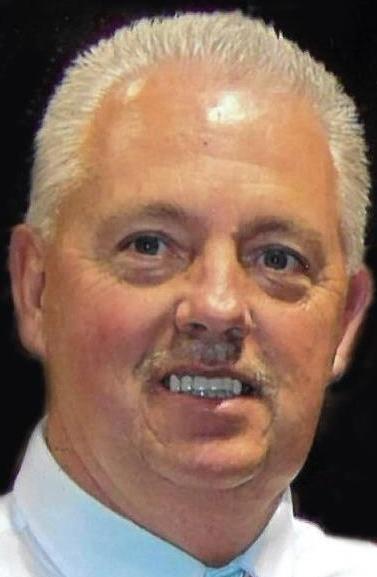 Troy Beecher Bowman, known to family and friends as Pop, Uncle Poppy passed away on Monday September 21, 2020 at the age of 66. He graduated from Maryville High School class of 1973. He retired May 2020 from Maryville Daily Times. He celebrated 41st Anniversary on September 14, 2020. He is preceded in death by his Father: Troy Whitaker Bowman, Sisters: Diane Bowman, Sharon Bryant, June Porter, Glenda Dean, Mary Bowman, Brothers: Joseph Bowman and Donald Bowman. He is Survived by his Wife: Deborah Bowman, Mother: Hazel Bowman, Daughter: Erica Bowman (David), Bonus Son: Kyle Withrow, Sister: Wanda Bowman (David), Brother: Wendell Bowman (Terri), Very Special devoted Nephew: Jason Bowman, Sister in Law: Lisa Smith, Brother in law: Kenny Dobson and a host of Nieces and Nephews, Cousins and Friends. Graveside Funeral services will be held 2:00 P.M. Thursday at Maple Grove Cemetery with words of comfort and a prayer will be delivered by Mel Nicely, the family will receive friends from 12:00 Noon to 1:45 P.M. Thursday at Memorial Funeral Home in Maryville and proceed to the Burial following the Visitation. Memorial Funeral Home is in charge of arrangements. Condolences may be made at www.maryvillememorialfuneralhome.com.

Thomas Alva Carter Jr., 65, of Greenback, TN, passed away on September 16th, 2020. He was born and raised in Bell County, KY. Thomas attended Bell County High and LMU. He was a member of the Airforce and Army (Military Police). Preceded in death by parents, Thomas Carter Sr. and Alice Carter (Ayers); both sets of grandparents; several aunts and uncles. Survived by siblings, Johanna Anderson, Robbie Carter, Cregg Carter; Wife, Barbara Carter (Turner); oldest daughter, Crystal Glandon (Carter); son, Robert Carter; youngest daughter, Dana Beal (Carter), of Maryville, TN; Shane and Michelle Carter from first marriage, of Middlesboro, KY.; twelve grandchildren total, Madison, Trevor, Caleb, Scotty, Emily, Cory, Isaac, Ayden, Winter, Noah, Caleb and Roman. Cremation by Grandview following a Celebration of Life at Beech Grove Baptist Church, 1519 Topside Road, Louisville, TN 37777, Saturday, September 26, 2020, from 4-9 p.m. Tommy was a devoted husband of 30 years and amazing father/grandfather. He always put a smile on your face. If you remember anything of me after I left this world, remember that I loved even when it was foolish, I cared even when it was unwanted. When my body is gone, remember my heart for it is still here.

Kenneth Richard “Ricky” Hood passed away September 20, 2020 at Blount Memorial Hospital. Ricky was of the Baptist faith and he absolutely loved his nieces, nephews, and his great nieces and great nephews. He loved horse racing and Nascar. He was a wonderful son and brother. Everyone who knew him loved his dry sense of humor and witty personality. Ricky was preceded in death by his father, Ted Hood, his maternal grandparents, Thomas and Grace Keasher, paternal grandparents; Herman and Beulah Hood. Survivors include his mother, Shirley Hood; sister and brother-in-law, Kristi and Doug Dodson; nieces and husbands, Brittany and Nathan Morgan, Chelsey and Jess Hooper, Chloe and Jonathan Hutsell; nephew, Wolf Dodson; niece, Soffe Dodson; great nieces and nephews, Mayson, Addelyne, Lilly, Aksyl, Zayne, Ivy, Riley, and Paisley. The family will receive friends 5:00 until 7:00 pm Thursday, September 24, 2020 in the Smith Trinity Chapel with a Celebration of Ricky’s life to be held at 7:00pm. The family and friends will assemble at 11:00 am on Friday, September 25, 2020 at Sherwood Memorial Gardens Cemetery. Memorial donations may be made to the Area 15 Special Olympics. Arrangements by Smith Funeral and Cremation Service, Maryville, 865-983-1000, www.SmithFuneralandCremation.com

Lewis Lee Kull, born September 12, 1937, passed away September 21, 2020, at the age of 83. A native of San Antonio, Texas, Mr. Kull grew up on a farm/ranch in central Texas. While in high school, his family moved to Austin, Texas; and he began studying music at the University of Texas, receiving instruction after public school and on weekends. He then attended the University and received his Bachelor of Music Degree in Composition. He received his Master of Music Degree in Performance from the University of Houston (Texas). While a student at the University of Texas, he performed a chamber music concert at Carnegie Hall in New York City. During his time as an officer in the U.S. Army Military Police Corps, Mr. Kull studied in New York with the renowned musician, Paul Doktor and later studied at Tanglewood in Massachusetts with William Kroll, first violinist of the Kroll String Quartet. After teaching in the Spring Branch School System in Houston, he taught at Peabody College in Nashville (now, a division of Vanderbilt University) where he performed as a member of the Blair String Quartet. Mr. Kull came to Maryville in 1969 to teach music courses and to conduct the Orchestra at Maryville College, perform as principal violist and assistant conductor of the Knoxville Symphony Orchestra, and to establish the orchestra program in the Maryville City Schools. As a faculty member at Maryville College he performed often in solo and chamber music recitals and twice was soloist with the Knoxville Symphony Orchestra, on one of those occasions playing the premier of the David van Vactor Concerto for Viola and Orchestra. While at Maryville College he composed, among other works, four ballets which were performed with the Van Metre School of Dance (now, the Appalachian Ballet Company). Three of these ballets were based on Appalachian folk tales and were titled the Hill Heritage Suite. Under his leadership, the orchestra program in the Maryville City Schools grew rapidly, and he relinquished that position for others to continue. In 1975, Mr. Kull left his position at Maryville College and entered the University of Tennessee School of Law. While a law student, he was chosen to serve as research assistant to Judge Houston M. Goddard of the Tennessee Court of Appeals. After receiving his Doctor of Jurisprudence degree, he practiced law in Knoxville for a number of years and then moved his practice to Maryville. From 1999 to 2005 Mr. Kull returned to the conductor’s post for the Orchestra at Maryville College. Mr. Kull was a member of First United Methodist Church of Maryville. Mr. Kull is survived by his wife, Sharron Hardy Kull, son, Michael Evan Kull, daughter and son-in-law Christine Kull Vossler and Christian Vossler, daughter and son-in-law, Rebecca Richmond Ratcliffe and Mark Ratcliffe, daughter Lisa Jane Richmond, and granddaughters Bailey Cummings and Callie Ratcliffe. He was predeceased by his father, Irl Hamilton Faires, mother, Florecita Gaut Francis, step-father, Arvid Kull, brother, Irl Hamilton, Jr., sister, Charity Hull, and son, Lewis Lee, Jr., who died in 1971 at the age of ten. A memorial service will be held in the sanctuary of First United Methodist Church on Thursday, September 24, 2020, at 4:00 p.m. In lieu of flowers, memorials may be made to First United Methodist Church, 804 Montvale Station Road, Maryville, TN 37803. Arrangements by Smith Funeral & Cremation Service, Maryville, 865-983-1000, Condolences and memories may be shared at SmithFuneralandCremation.com

Collon Smith, 64, of Kingsport, Tennessee went to be with Lord on Monday, September 21, 2020 peacefully at his home in Kingsport after a long hard battle with cancer. Collon was born and raised in Gate City, VA and moved to Knoxville, TN while pursing music where he met his wife. They lived in Maryville where they raised their children for 25 years before moving to the Kingsport area. Collon was a loving husband and father for 30 years. He had a great love for the Lord and shined his light for everyone to see, especially through his amazing talent in playing the guitar and his beautiful singing voice. He was preceded in death by his mother and father Clara and Carl Smith, and his brother-in-law Ralph Perkins. He is survived by his wife Karen Smith; daughter, Chasiti Chandler and (Brent); son, Cory Smith; brothers, Allen Smith (LaDonna), Tony Smith (Melissa); sister, Kimberly Byrd (Jeffery); and many nieces and nephews. The family will receive friends from 5-7 pm Thursday, September 24, 2020 at Scott County Funeral Home, Weber City. A funeral service will follow at 7 pm in the funeral home chapel with Elder Scott Tipton and Elder Oscar Irvin officiating. A graveside service will be held at 2 pm Friday at Friendship Baptist Church Cemetery, 310 Old Niles Ferry Road, Maryville, TN. Pallbearers will be Jarrad Byrd, Jermey Byrd, Derrick Smith, Wade Ketron, Cody Ketron, Cameron Perkins and Eric Perkins. Those wishing to attend are asked to meet at the cemetery at 1:45 pm. In lieu of flowers, memorial contributions may be made to the Shriner’s Children Hospital. Online condolences may be sent to the family by visiting www.cartertrent.com. Carter-Trent/Scott County Funeral Home, Weber City is serving the Smith family.