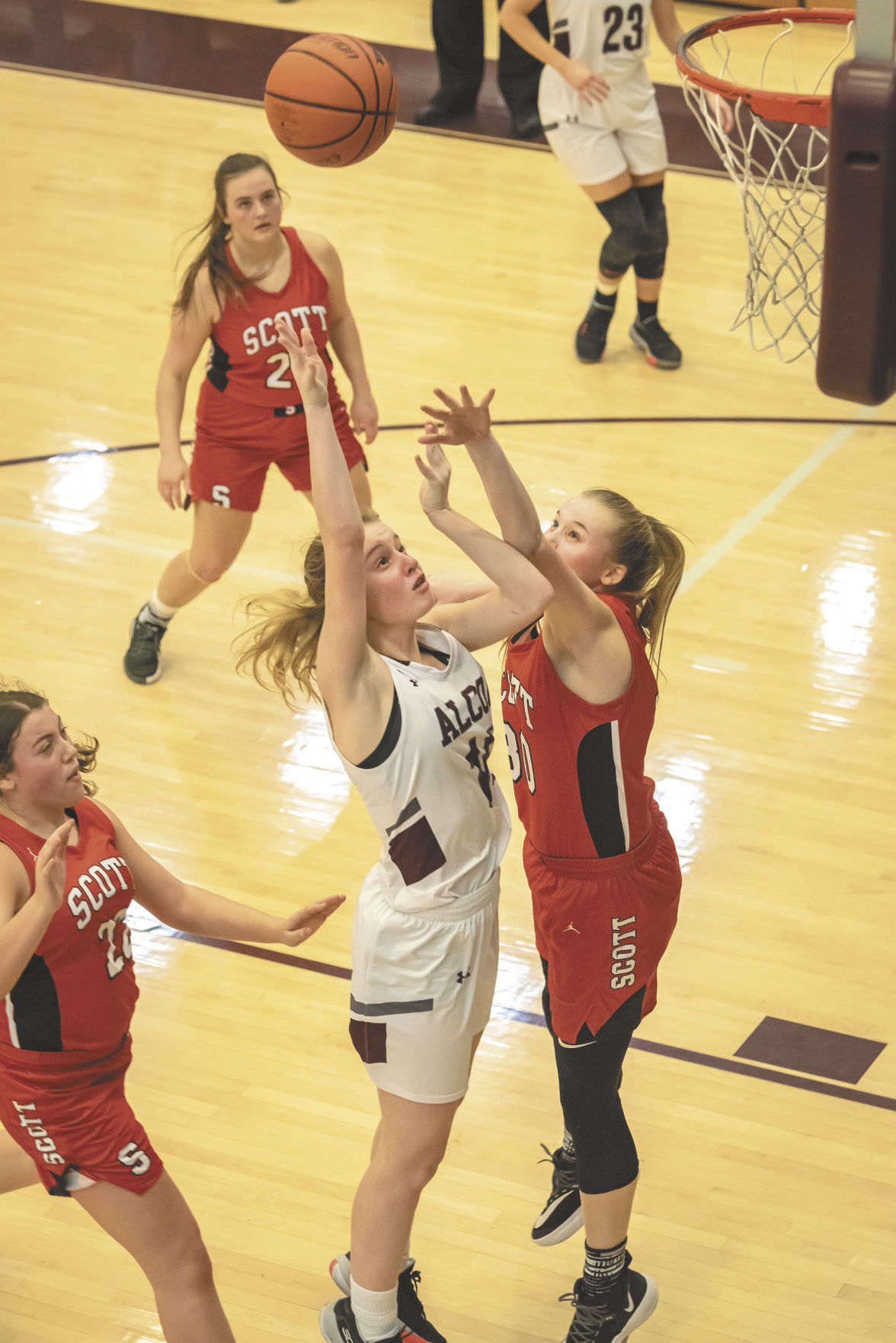 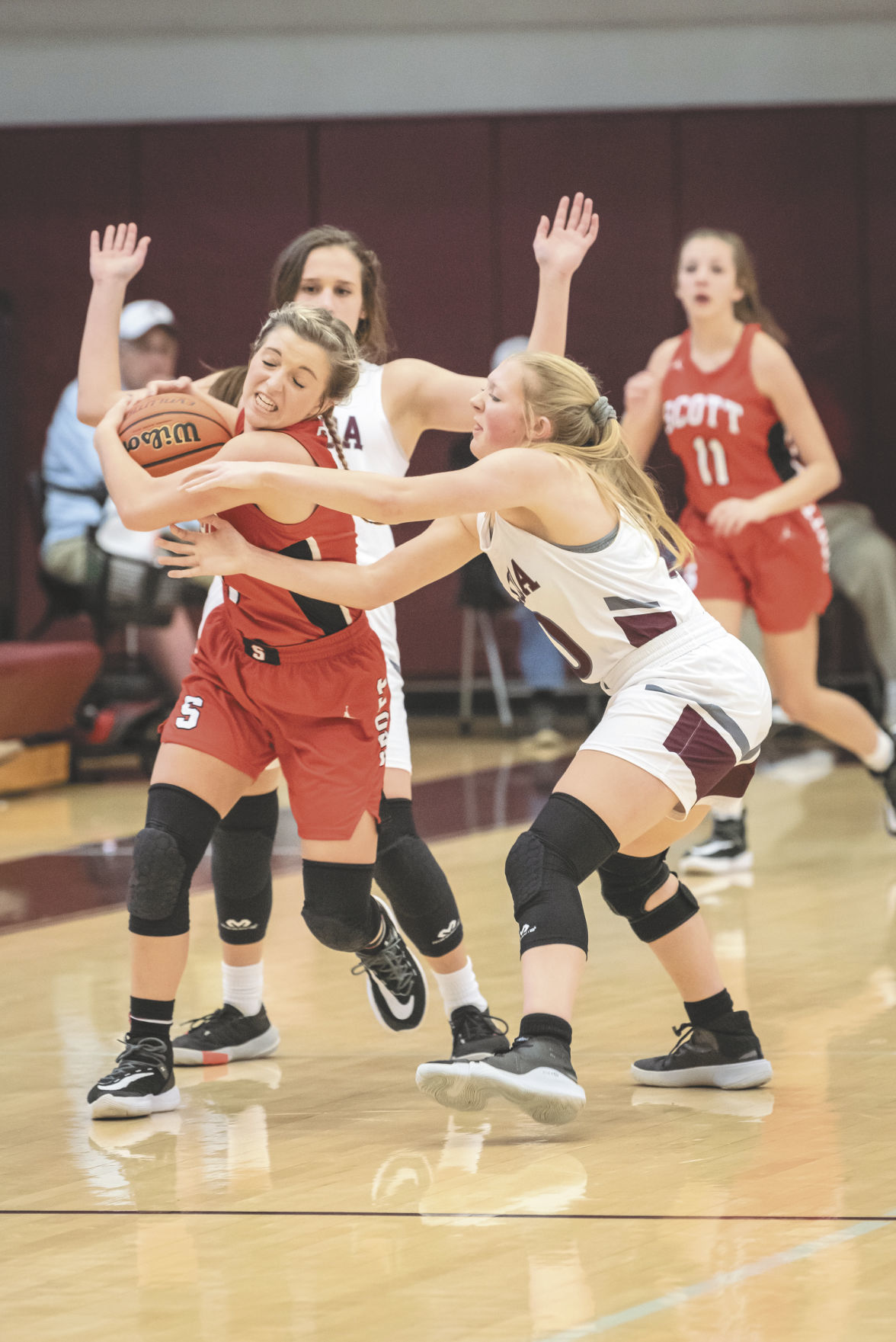 Alcoa’s girls proved to be an insurmountable challenge for Scott in Tuesday evening play at Alcoa. The Lady Tornadoes won 71-32. 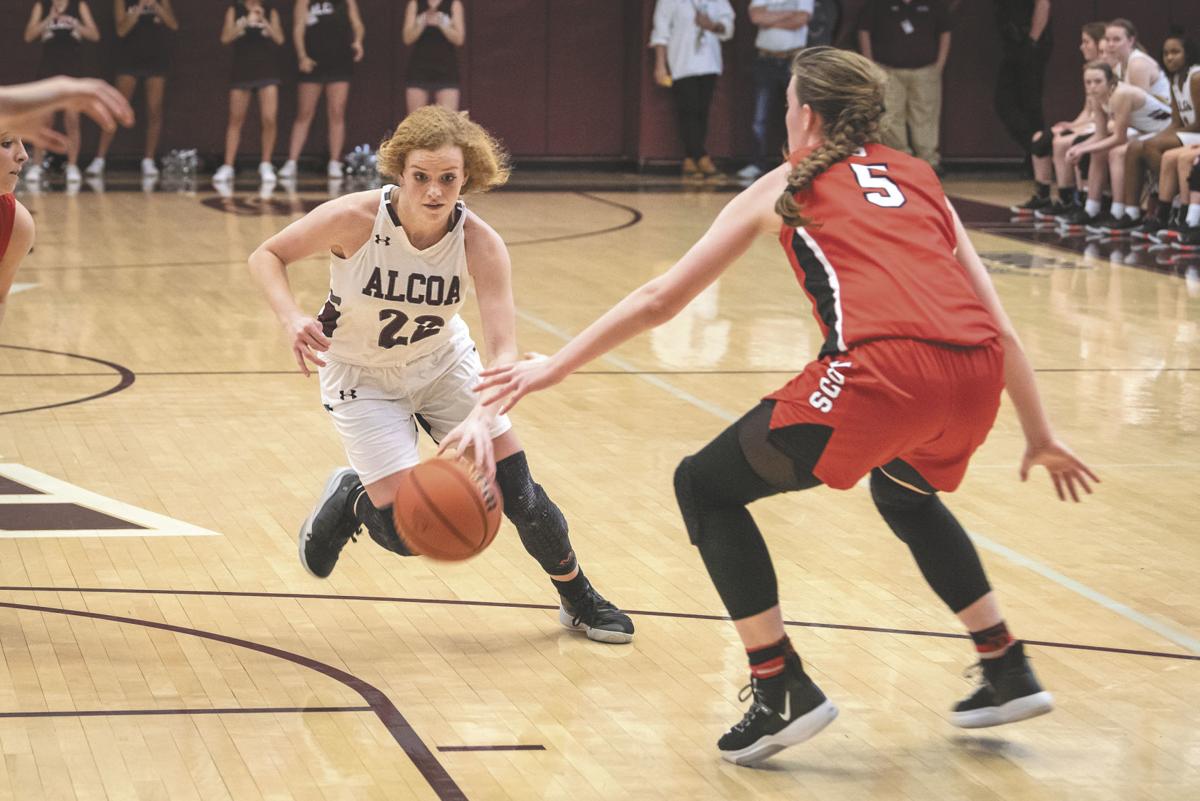 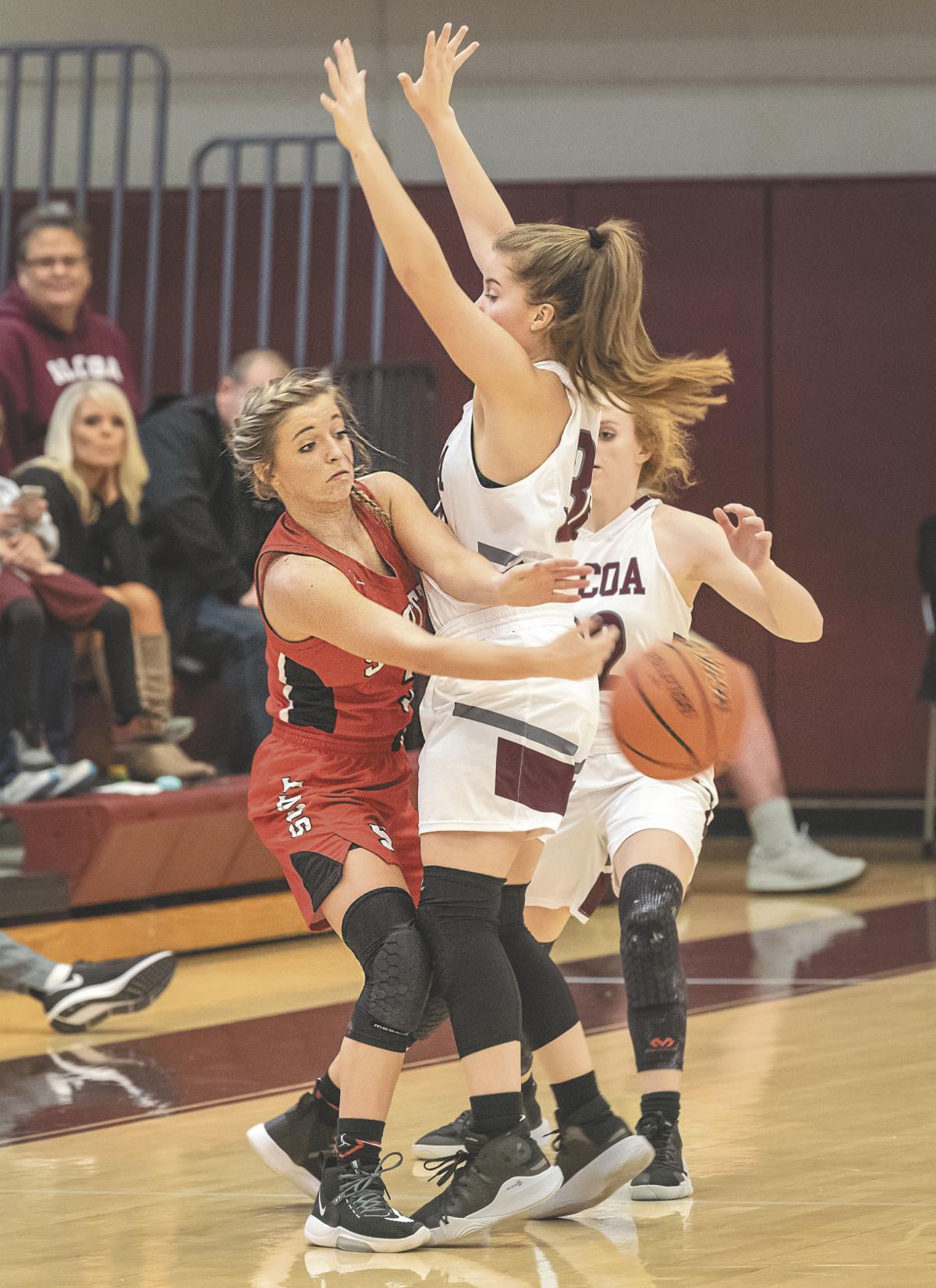 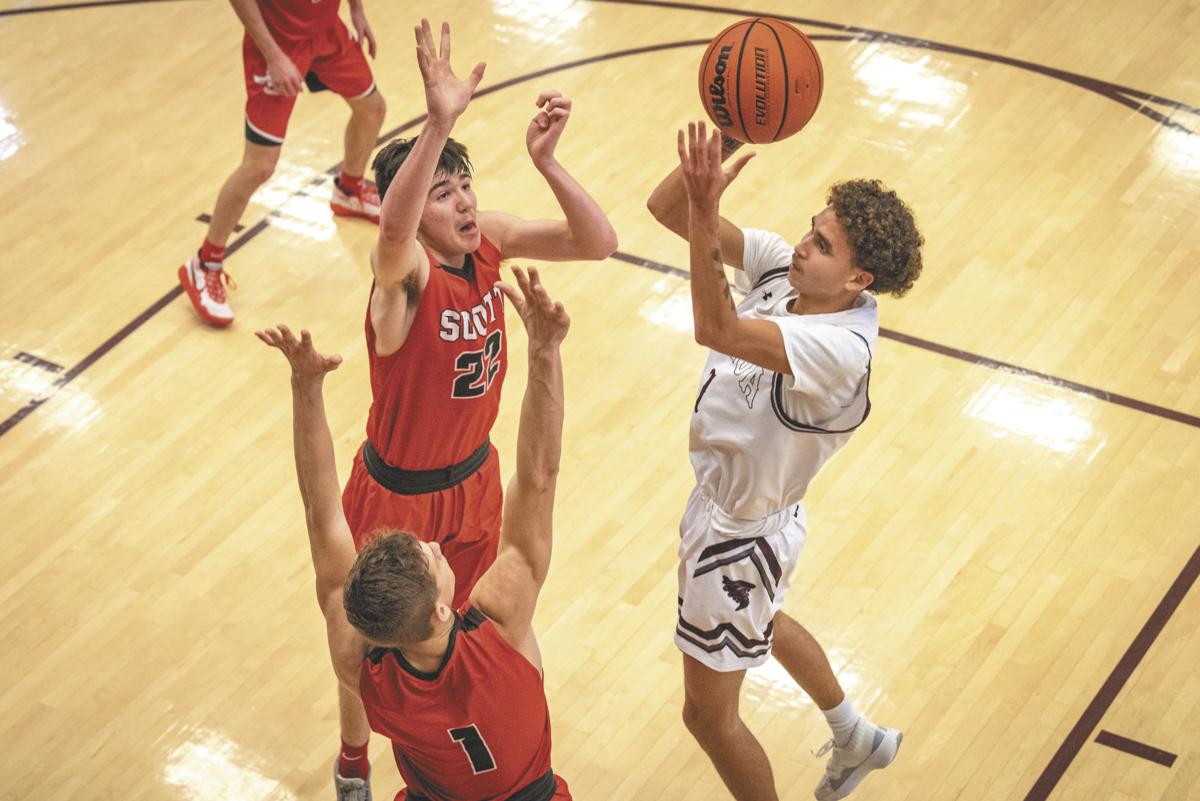 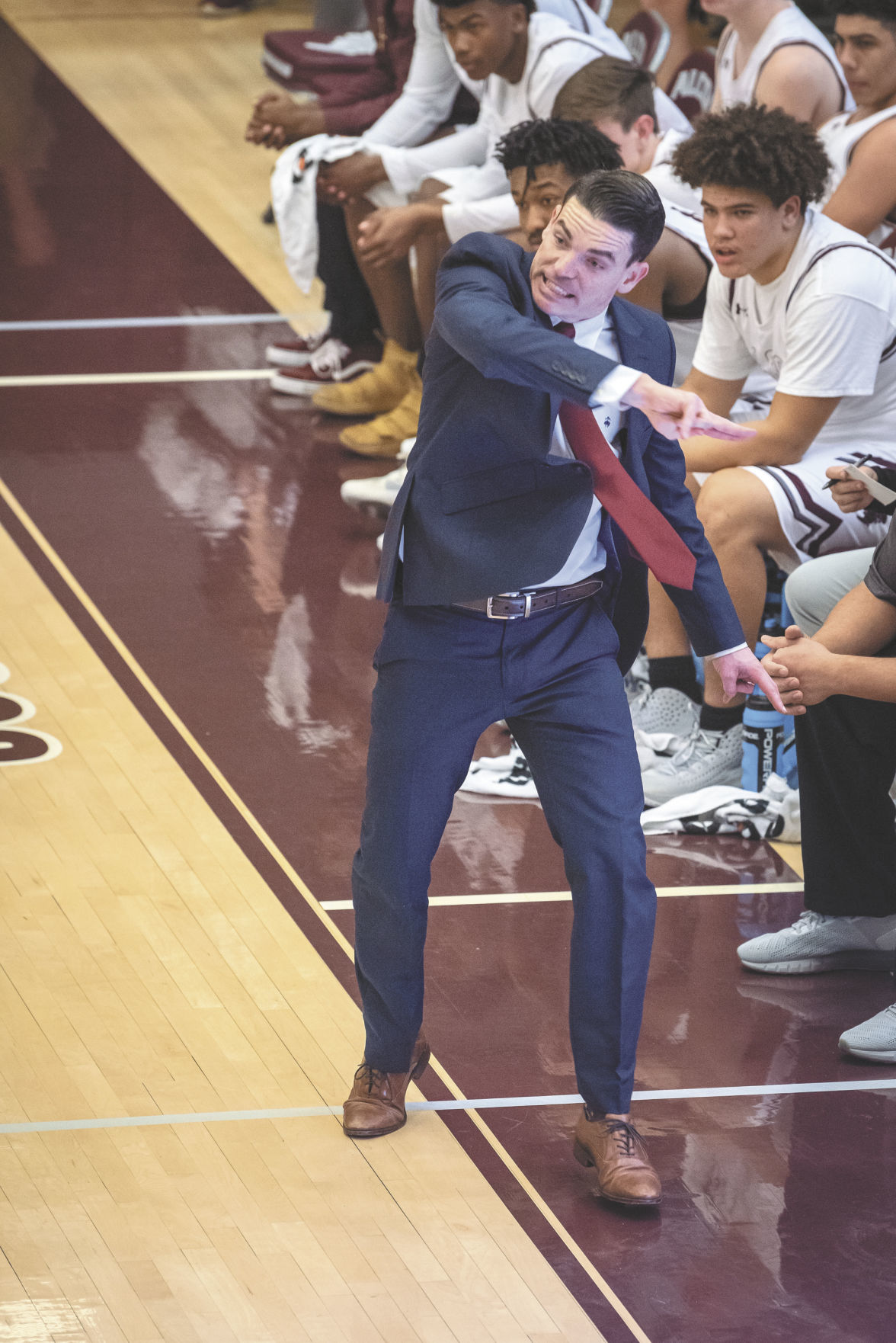 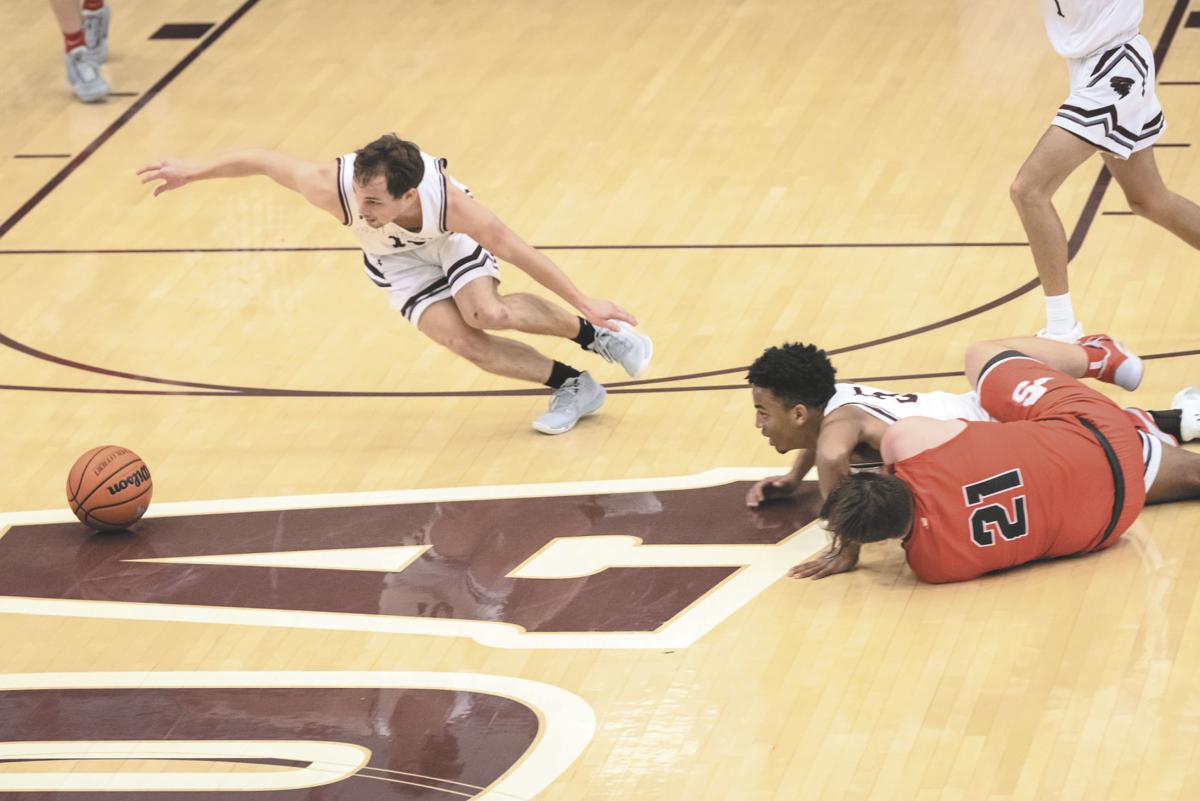 Alcoa’s Nate Marsh scrambles to gain control of a loose ball on Tuesday evening during the Tornadoes’ win over Scott. 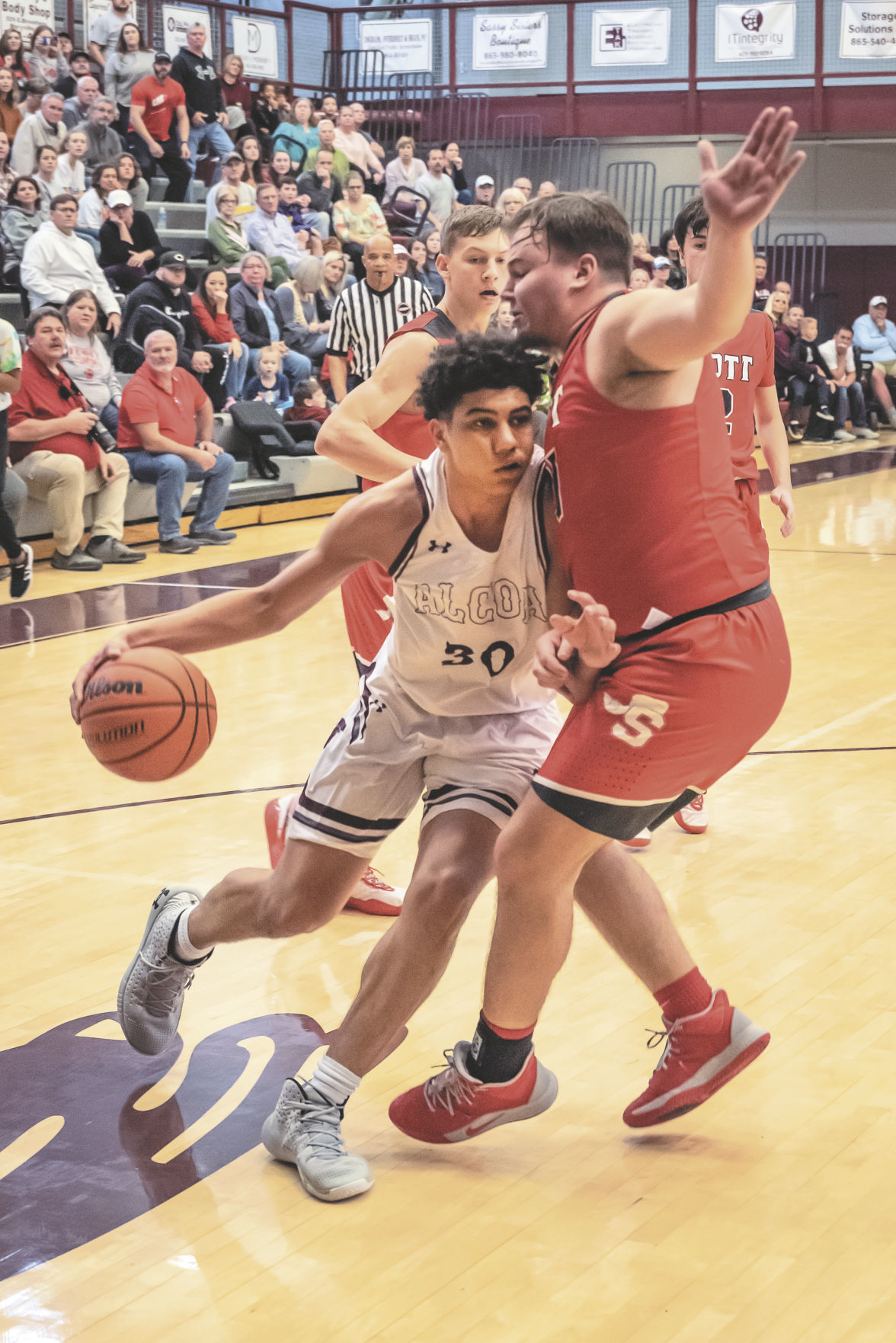 Alcoa’s Nate Marsh scrambles to gain control of a loose ball during the second period Tuesday evening against Scott.

Alcoa’s girls proved to be an insurmountable challenge for Scott in Tuesday evening play at Alcoa. The Lady Tornadoes won 71-32.

Alcoa’s Nate Marsh scrambles to gain control of a loose ball on Tuesday evening during the Tornadoes’ win over Scott.

Alcoa’s Nate Marsh scrambles to gain control of a loose ball during the second period Tuesday evening against Scott.

Alcoa head coach Ryan Collins said his team’s ability to respond to adversity was what he needed to see most following the Tornadoes’ loss on Friday.

He got to see plenty of that Tuesday night as Alcoa overcame a double-digit second half deficit to hand No. 3-ranked Scott its first loss of the season, 68-62.

“I will commend our kids, we haven’t handled adversity well in the past,” Collins said. “Tonight, we really did. We stayed together, we stayed the course and found our way to crawl back in the ballgame.”

The Tornadoes (12-6, 3-1 District 4-AA) scored the first basket of night, but they had to wait a while to get the next. Scott, which entered the game 16-0, put together a 17-0 run aided by four Alcoa turnovers.

“For whatever reason we haven’t been getting off to good starts in the game,” Collins said. “I just don’t think we’re playing with enough urgency off the tip. We thought it was very important to take a team coming in with so much confidence and try to rattle their cage. We just weren’t able to do it.”

Alcoa stopped the damage and limited its deficit to 24-12 at the end of the quarter. The Tornadoes settled into a press in the second quarter and turned over the Highlanders seven times to stay in the game despite poor shooting.

Point guard T.J. Martin stabilized the Tornadoes in the second quarter by taking care of the basketball while scoring nine of his 11 points and helping Alcoa cut the deficit to eight at halftime.

“We need a guy who can give us life and energy at that point,” Collins said. “I’m really proud that a senior like T.J. Martin rose to the occasion. … We need a spark plug and tonight he was that spark plug, and it’s good to see from a senior.”

Alcoa came out of the break with an emphasis to get the ball inside, and its forwards answered the bell as Nick Roberts scored seven points and Camden Burden scored nine of his team-high 18 points in the third quarter.

Despite the Tornadoes’ success inside they still trailed by 14 points with just over a minute left in the third quarter. On three straight possessions Tiashaun Cates hit a 3-pointer, Roberts hit a 3-pointer and Roberts hit a mid-range jumper as time expired. Coupled with two-straight stops, Alcoa cut the Scott lead to six points.

The 3-pointers were the only two Alcoa made all night. The Tornadoes shot 2 of 15 from beyond the arc.

Alcoa’s run wasn’t over. The Tornadoes quickly expanded their 8-0 run to a 14-0 run tying up the game. With three minutes, 29 seconds left Alcoa took its first lead since 2-0 and it didn’t let go this time.

The Tornadoes shut down Scott’s high-powered offense, holding the Highlanders to six fourth-quarter points while Cates added six more of his own to secure the win.

“Early on we called ‘fist’ which is trap the first pass and we didn’t communicate that well,” Martin said. “Once we settled down, we got into ‘white’ which is a 1-2-2, and once we were in that we just kept getting steals and steals and kept going.”

Alcoa turned Scott over seven times in the fourth quarter while grabbing four offensive rebounds to outscore the Highlanders by 12 points in the final frame.

Alcoa turned the Lady Highlanders over 15 times in the first quarter while McKenzie Willburn scored 10 of her game-high 21 points in the opening quarter.

“We did it defensively,” Alcoa head coach David Bauman said. “We really didn’t shoot it great, not like we have been, but we were able to shoot a lot of layups due to our defensive pressure.”

Alcoa’s pressure was the story of the night as Scott struggled to beat the defense. The Lady Tornadoes forced 23 turnovers, including 20 before putting in reserves midway through the third quarter.

“The girls have bought into it,” Baumann said. “Having some depth helps. We’re able to rotate people in, and that kills people. We go get after them for about four or five minutes and then we sub and then when we really get them is when we put those girls back in.”

The Lady Tornadoes took a 32-point lead into the locker room and quickly pushed it out even more before working in some reserves. Ten Alcoa players scored.