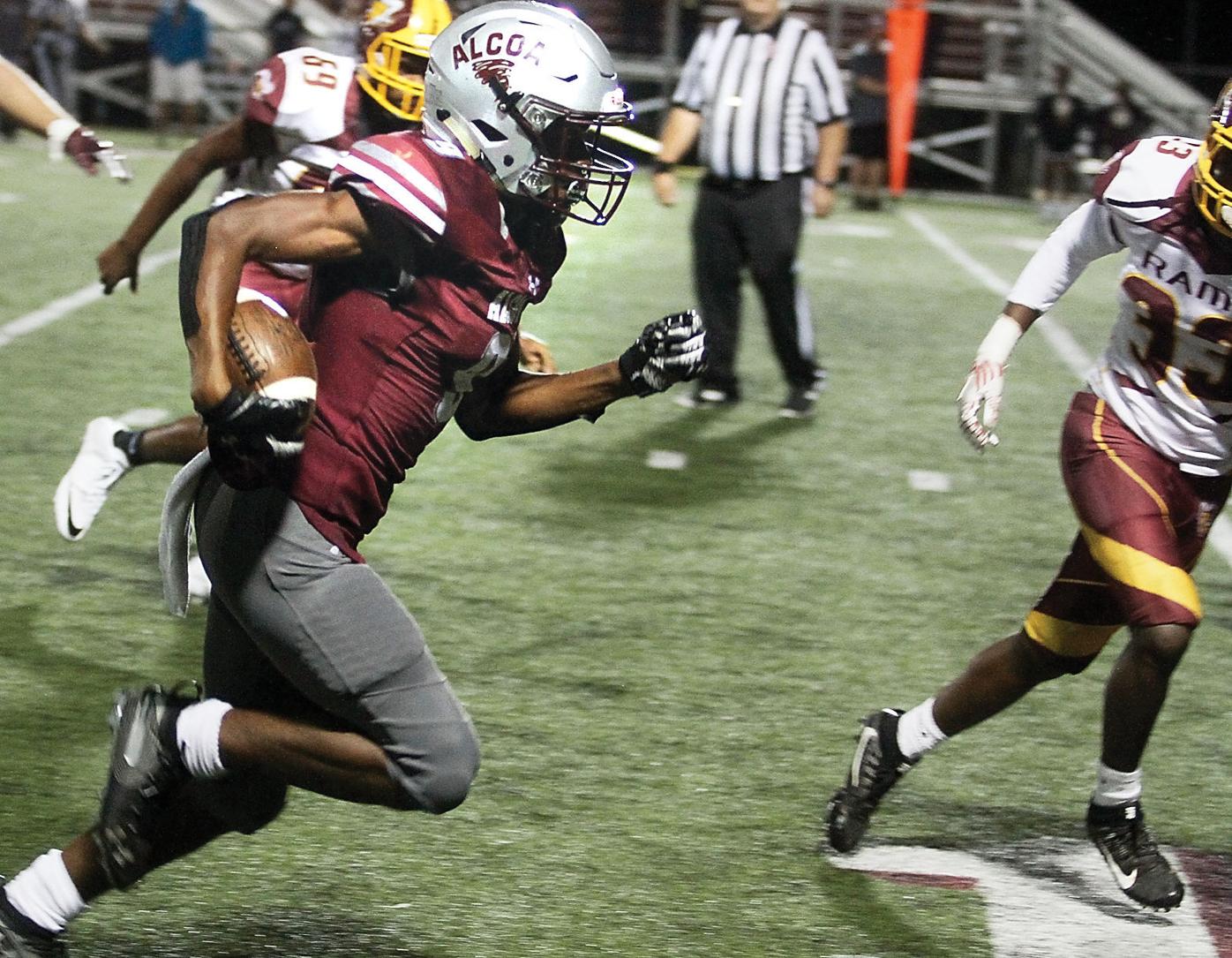 Alcoa’s Jordan Harris runs downfield on a long run before being knocked out of bounds inside the 5-yard line Friday against Tyner Academy. 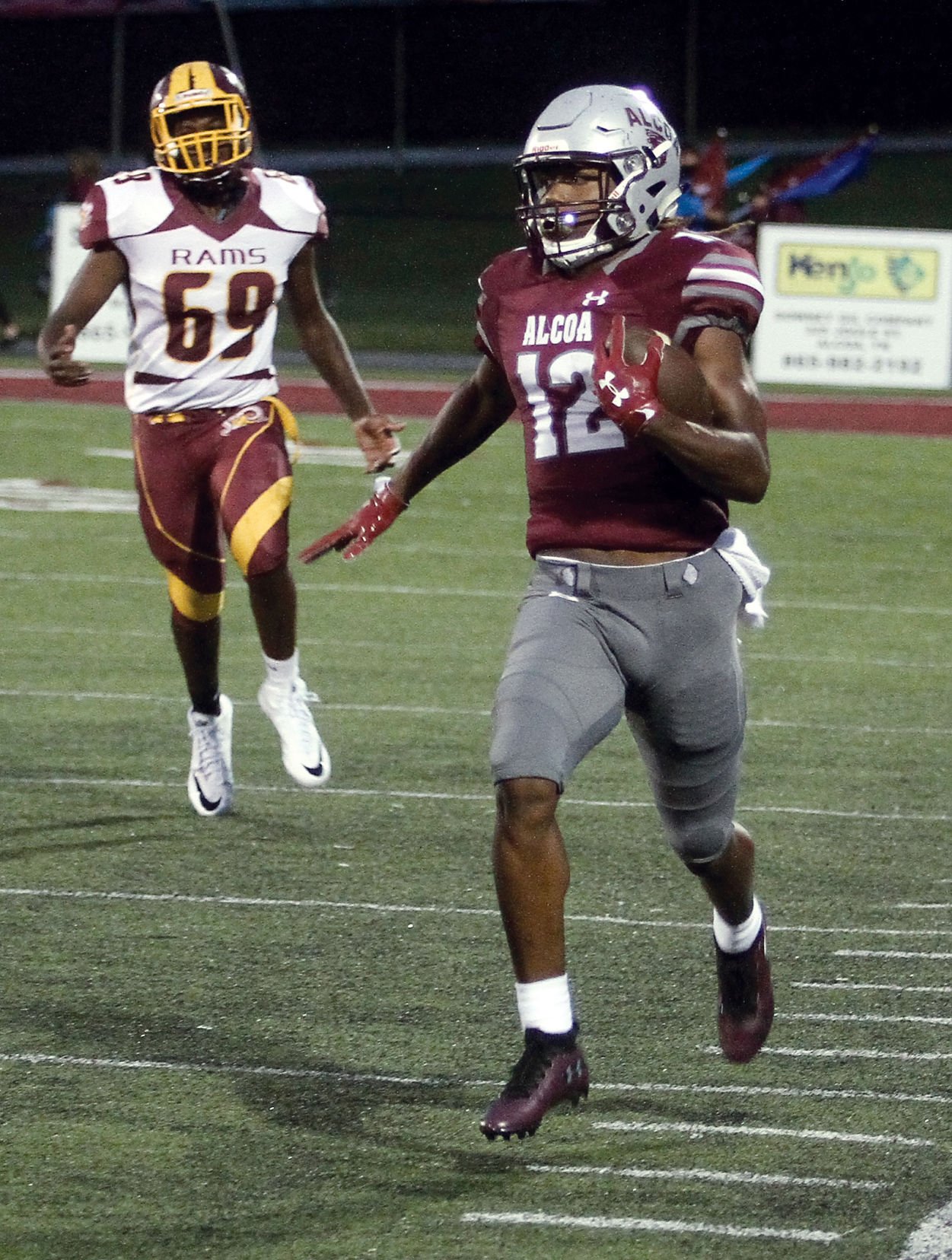 Alcoa's Isiah Cox runs past Tyner Academy's Anthony Sims and the Tyner defense running the opening kickoff back for a touchdown. 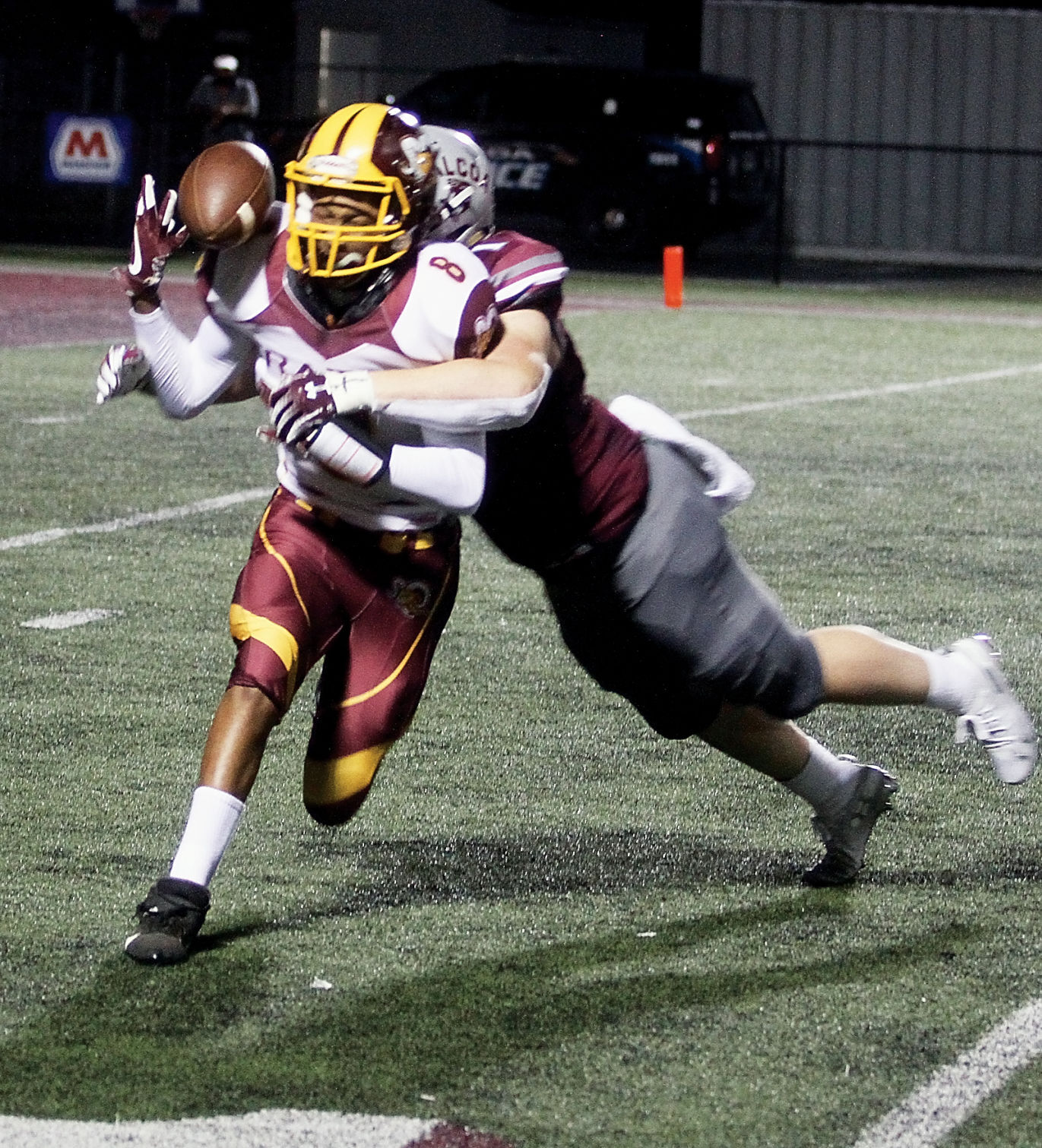 Alcoa’s Jordan Harris runs downfield on a long run before being knocked out of bounds inside the 5-yard line Friday against Tyner Academy.

Alcoa's Isiah Cox runs past Tyner Academy's Anthony Sims and the Tyner defense running the opening kickoff back for a touchdown.

The Alcoa football team looked about as balanced as it could be last week against Tyner Academy.

The Tornadoes scored in just about every possible way en route to 63-7 win, and they will aim to continue cruising tonight when they host Northview Academy in a Region 2-3A matchup.

“We’re trying to always clean things up — especially on the offensive side,” Alcoa coach Gary Rankin said. “We did a pretty good job the other night. We didn’t have any turnovers and not too many penalties. I thought we took a couple steps forward, and that’s what you want to be doing week-by-week.”

The Tornadoes (5-0, 3-1) didn’t have any trouble with Northview Academy (3-3, 0-2) last season. Alcoa allowed the Cougars zero first downs and negative total yardage on its way to a 60-0 win in 2019. Meanwhile, the Tornadoes’ offense recorded almost 400 yards that game.

Northview Academy, however, has improved this year. The Cougars enter the matchup having won three games after notching just one victory last season.

“They’re off to a good start — they struggled a little bit the last three years, but Coach (Heath) Woods has them turned around, going in the right direction,” Rankin said. “There are some winnable games left on their schedule, so I think they have the right man for the job.”

Alcoa entered this season with some uncertainty surrounding both the offensive line and quarterback position. The Tornadoes were tasked with replacing four of their five starting linemen as well as quarterback Sam Vaulton, who left the program to attend a school in California.

“The area that we knew we had a lot of work to do and a lot of young kids was our offensive line, and I think they’re really coming together,” Rankin said. “They could be dominant before the year’s over. I see improvement out of them every week, and that’s so important around here — it’s so important for any good football team.”

At quarterback, Alcoa is rotating between Cam Burden and Zach Lunsford. Burden completed five of his nine passes for 53 yards and a pair of touchdowns against Tyner Academy despite being limited by an ankle injury.

Lunsford has also shined at different points this season, particularly week 3 against Scott. A sophomore, Lunsford completed 10 of 12 passes for 146 yards and two touchdowns that game.

“Cam, of course, has the most experience — he can certainly do some good things at the position — and Zach is still learning,” Rankin said. “It’s a big learning curve in our system for a sophomore, but he’s doing fine. Both of them will get plenty of action the rest of the way.”

Alcoa has averaged wins by almost 44 points this season, allowing the Tornadoes plenty of opportunities to get players experience in different spots. A linebacker, Zane Bonham emerged as a potential running back against Tyner Academy when he rushed six times for 56 yards and a touchdown, impressing his coaches.

“He starts for us on defense, but we really hadn’t used him much on offense,” Rankin said. “He got some chances the other night and I thought he really, really played well. Looking at him at running back is something we’re excited about.”

WHO: Northview Academy at No. 1 Alcoa