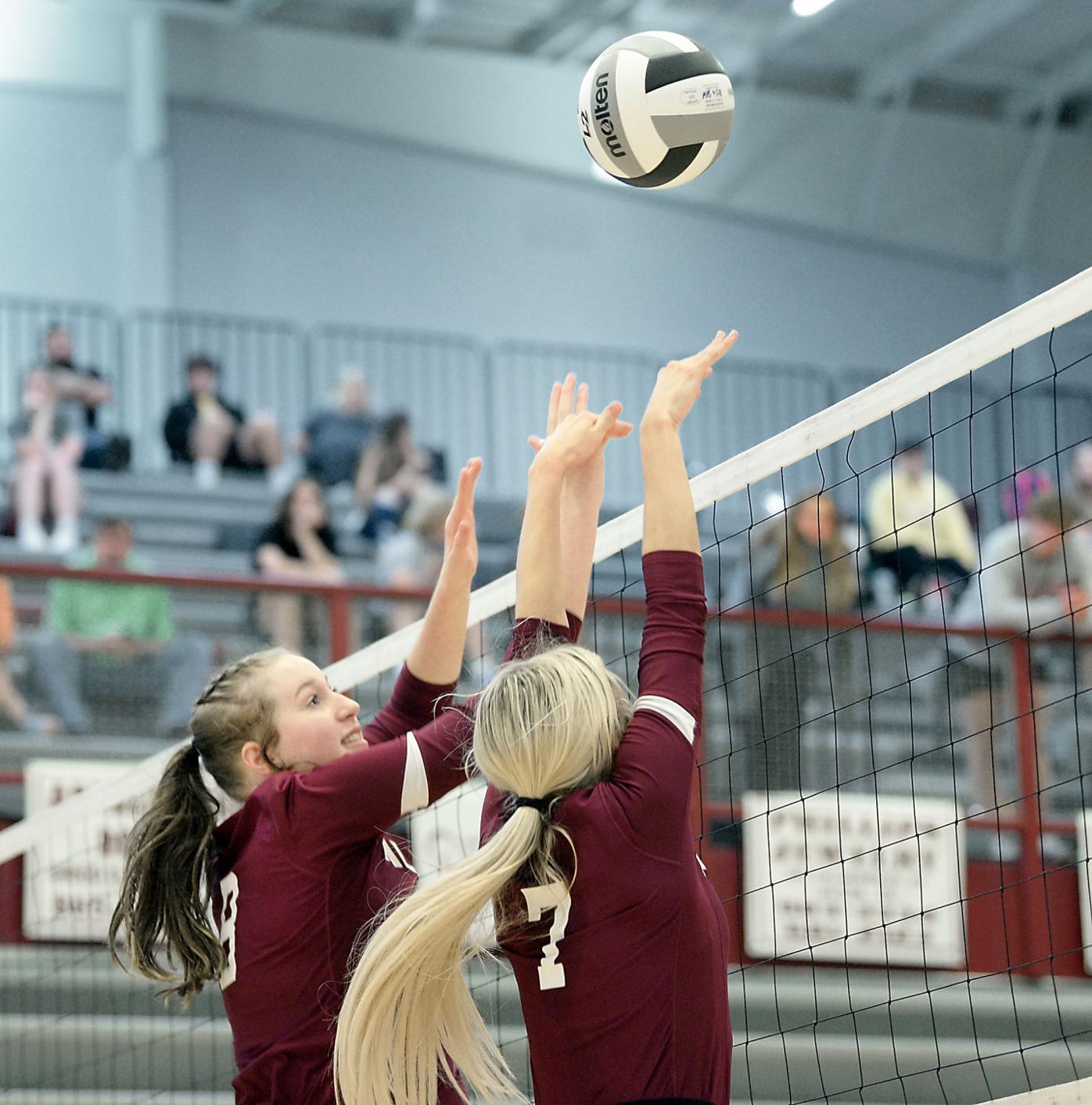 Kylie Haas (8) and Lily Long (7) reject a Hixson shot at the net in a hard fought match Tuesday night at Alcoa. 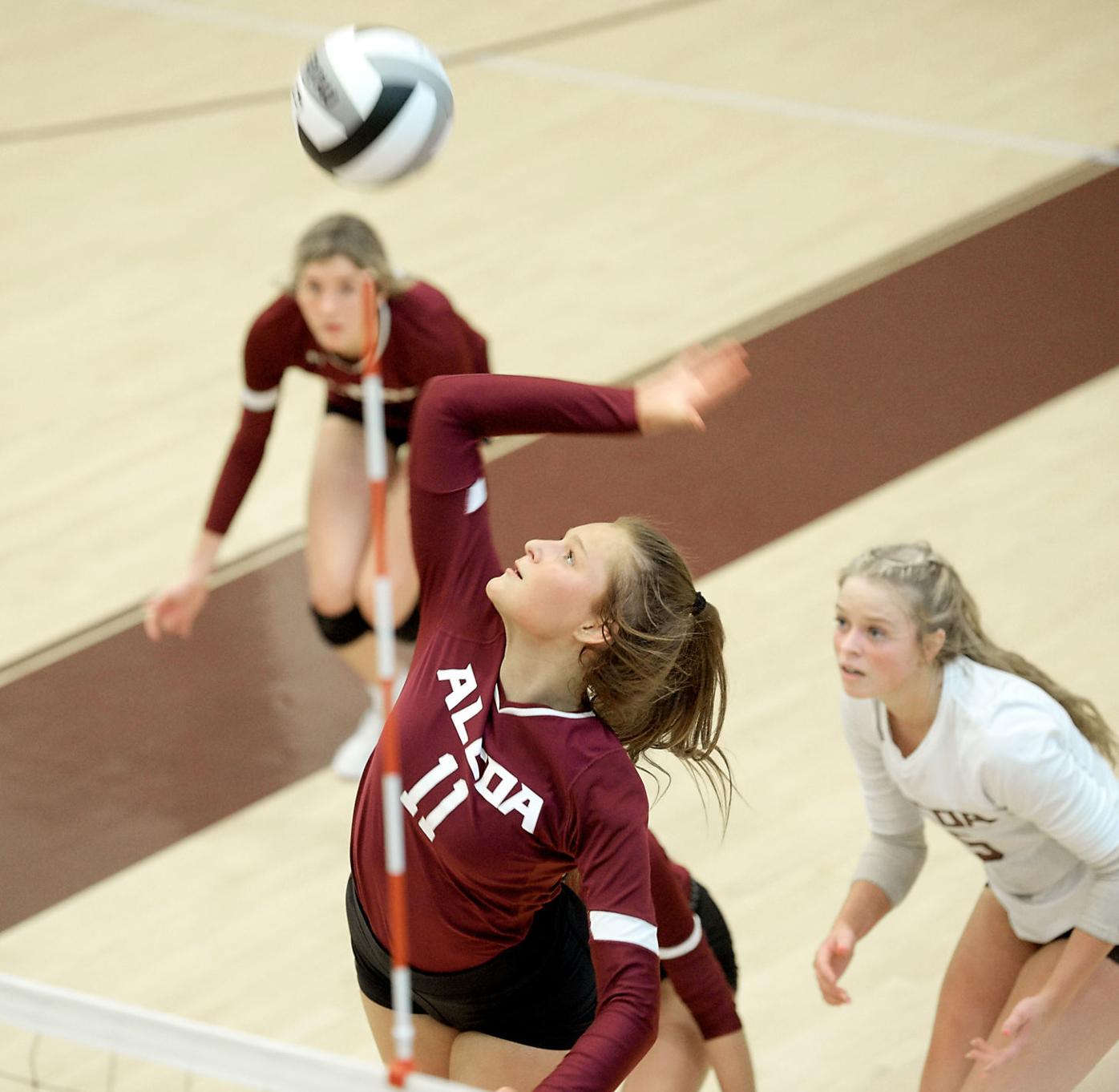 Alcoa’s Caleigh Carruthers (11) goes on the attack at the net with her teammates alert for any return during the Lady Tornadoes match against Hixson in the Region 3-AA semifinals on Tuesday in Alcoa. 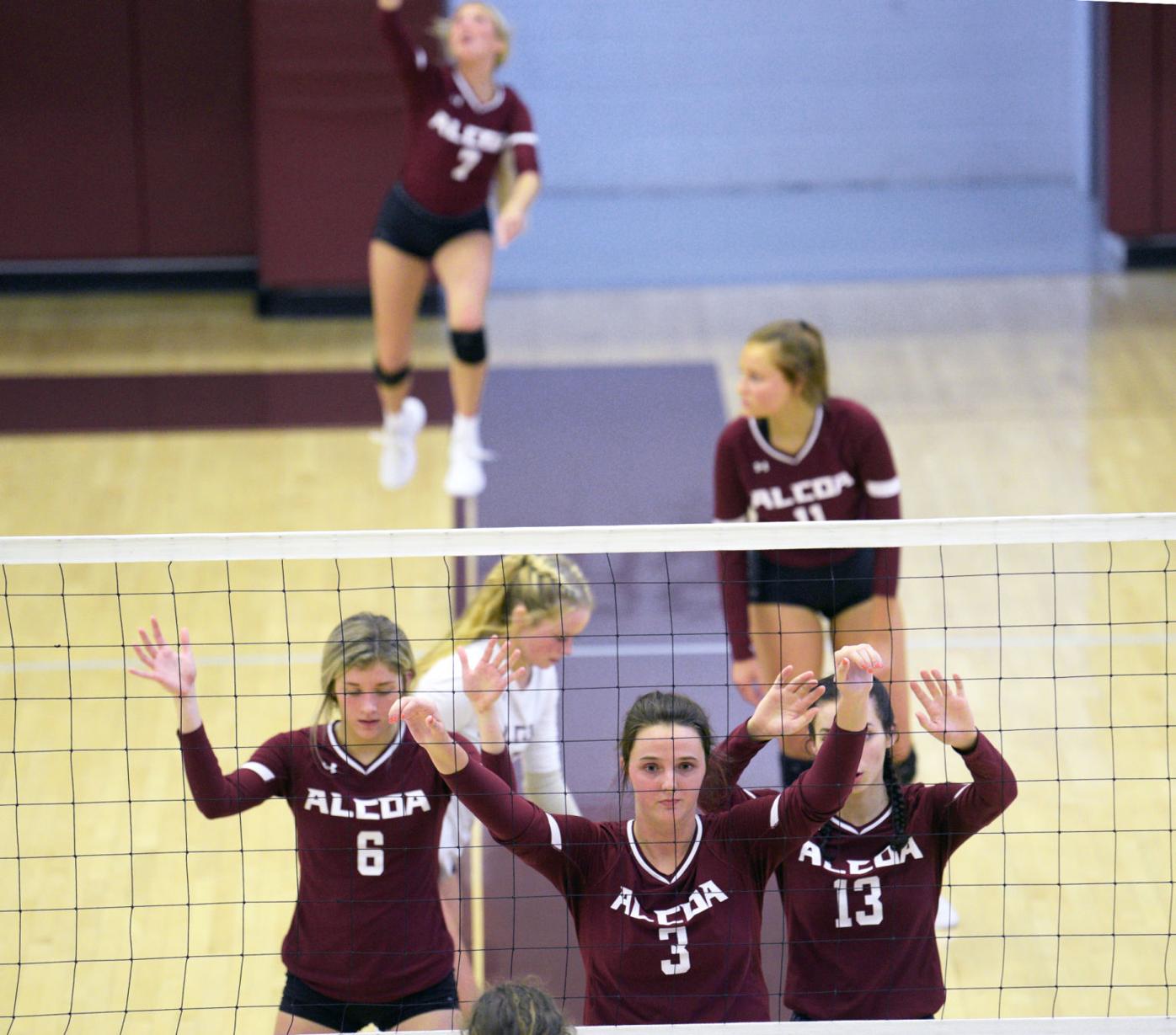 The Lady Tornadoes settle in for a serve against Hixson in a match played Tuesday night in the Region 2-AA semifinals at Alcoa.

Kylie Haas (8) and Lily Long (7) reject a Hixson shot at the net in a hard fought match Tuesday night at Alcoa.

Alcoa’s Caleigh Carruthers (11) goes on the attack at the net with her teammates alert for any return during the Lady Tornadoes match against Hixson in the Region 3-AA semifinals on Tuesday in Alcoa.

The Lady Tornadoes settle in for a serve against Hixson in a match played Tuesday night in the Region 2-AA semifinals at Alcoa.

According to Alcoa volleyball coach Sam Thomas, the Lady Tornadoes are still not where he would like them to be.

The good news is that they’ve given themselves another chance to get there.

The win over the Wildcats in the first match assured the Lady Tornadoes a spot in the Class AA sectionals at 7 p.m. Thursday.

“The bottom line is when you start pushing further into the postseason, your play has got to be even better, cleaner,” Thomas told The Daily Times. “We’re still just not there, but we’ve given ourselves a chance and that’s the biggest thing.”

Alcoa was able to overcome those deficiencies against Hixson, winning a back-and-forth first set that ended on two straight Sydney Worde aces.

The Wildcats used a strong close in the second set to even the match before the Lady Tornadoes battled through run after run in the next two sets to hold on and win, setting up the championship match against East Hamilton.

“Resilient,” Thomas said. “We certainly were not clean. We started off very sloppy. We had some first missed serves that were huge, but we kept fighting. Several times, teams were up by six, seven points and there swings to close it to three, so the biggest thing that I got out of that was just that we kept working our way through it, out of it and just kept fighting.

“It was exhausting. I knew the girls were gassed, but that was the biggest thing out of the first match, just them continuing to push through, persevere.”

East Hamilton had a little less trouble with Loudon, sweeping the Lady Red in straight-sets to punch its own ticket to the region championship while Alcoa was still trying to finish off Hixson.

Lily Long gave the Lady Tornadoes an early 1-0 lead with an ace to open the first set, but the Hurricanes’ McKenna Hayes answered with a kill that helped kickstart a run that gave East Hamilton a 9-3 lead.

Caleigh Carruthers notched one of her 29 kills in the match to cut into the Hurricanes lead to make it 12-5 and Kylie Cooper added one of her own to late pull Alcoa within six at 14-8, but the Lady Tornadoes were unable to catch up, setting the tone for the remaining two sets.

While the Lady Tornadoes were faced with the task of going from one hard-fought win to playing a Hurricanes team that was more rested, Thomas didn’t think that factored into their loss.

“It’s just a testament to how (Alcoa’s) personality is,” Thomas said. “Their attitude of not quitting, continuing to fight, continuing to push no matter what the circumstance or situation may look like. That’s a big statement for who they are as individuals. We’ve got to start playing a little cleaner, but it is a testament to their effort.”