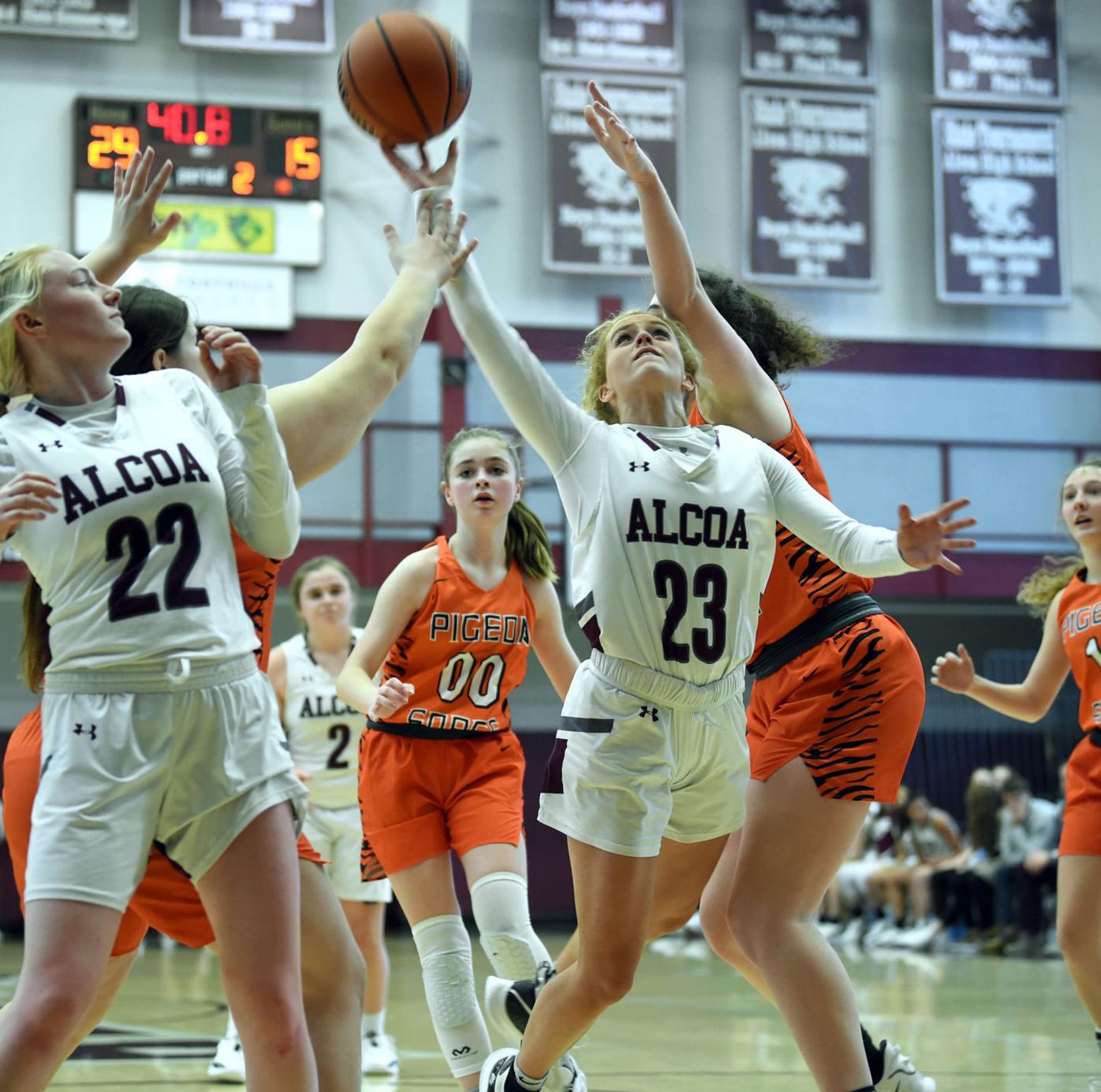 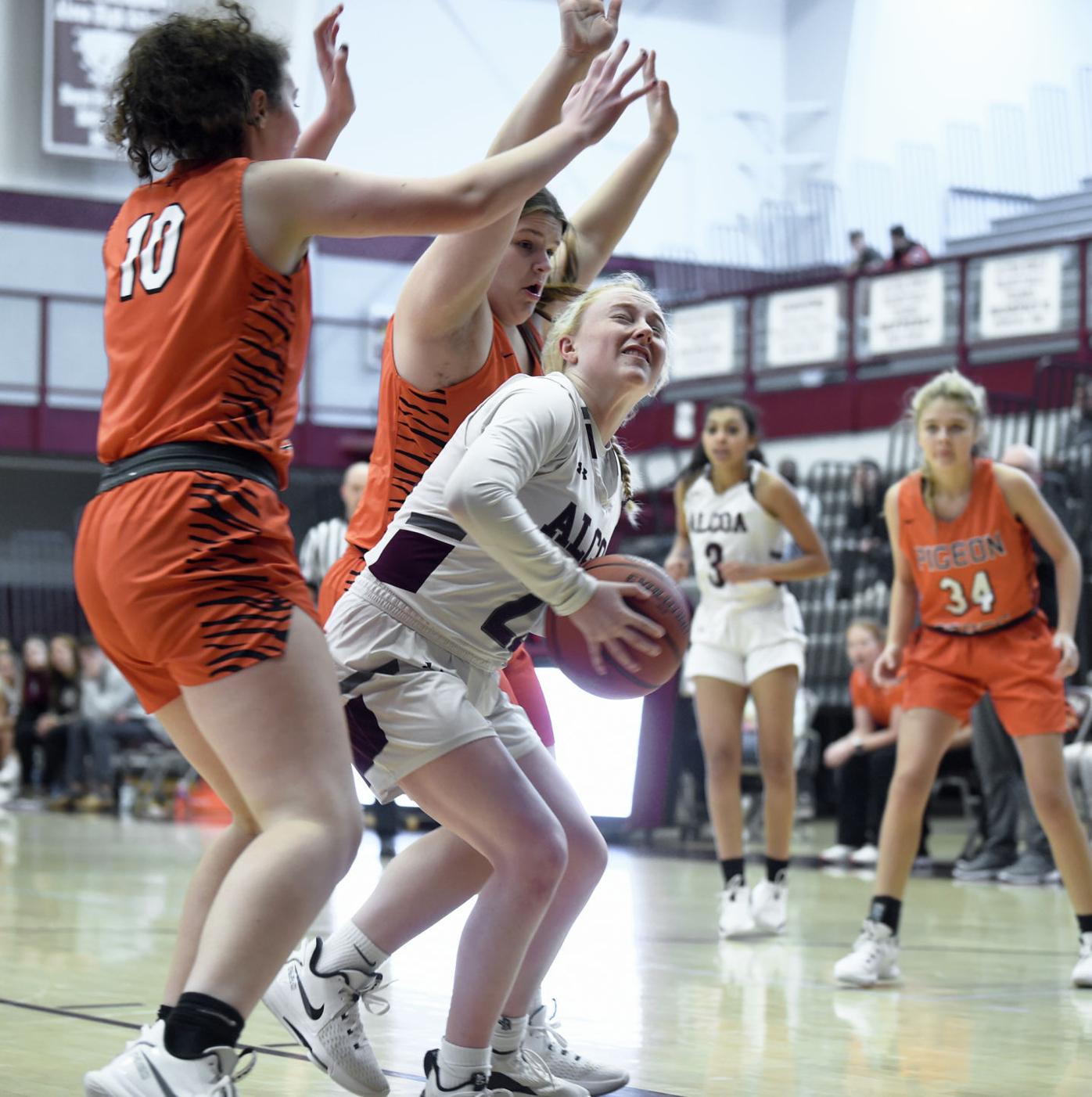 Alcoa’s Eden Davis (22) looks for an opening to shoot in the lane among Pigeon Forge defenders on Tuesday at Alcoa. 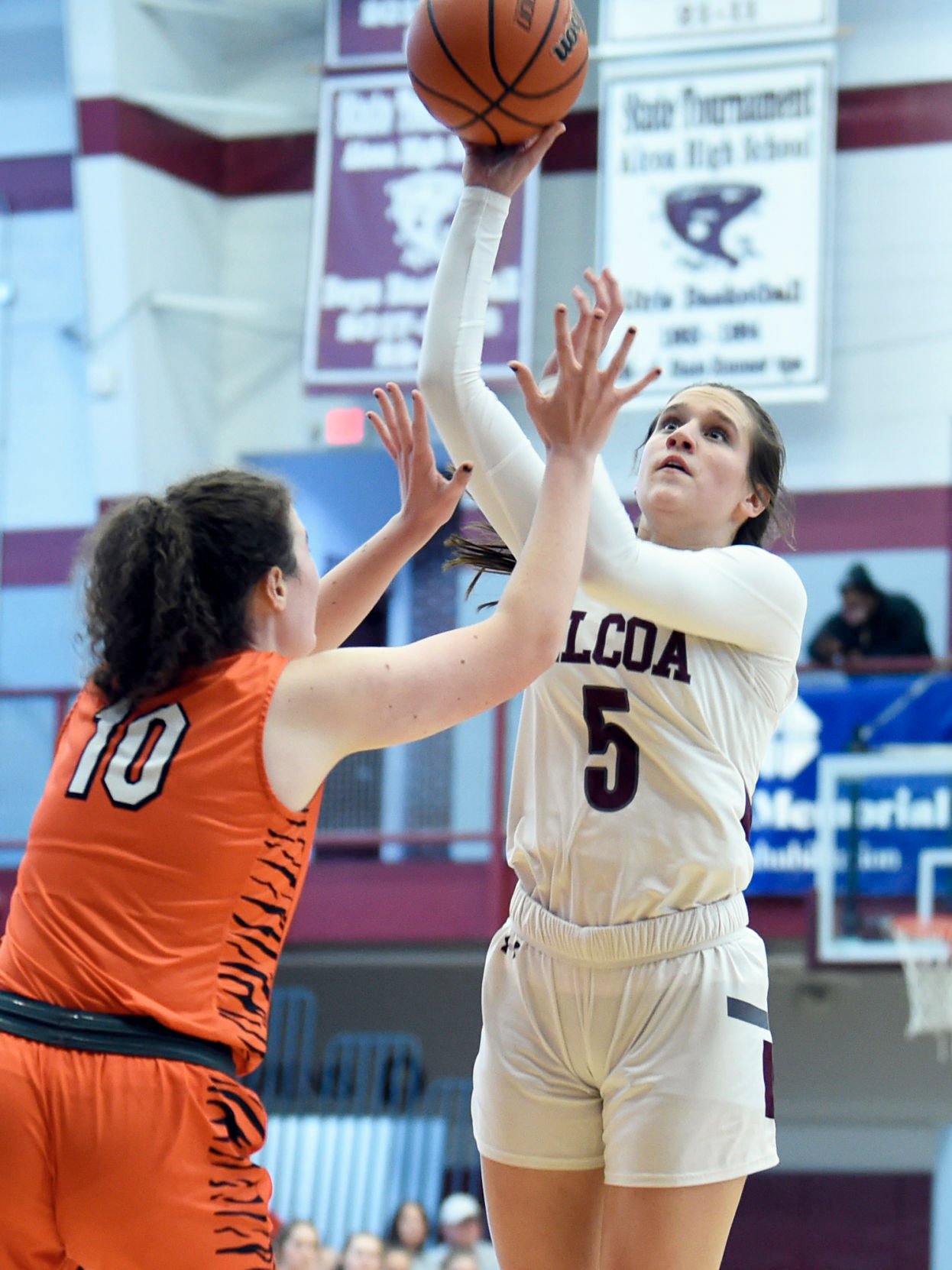 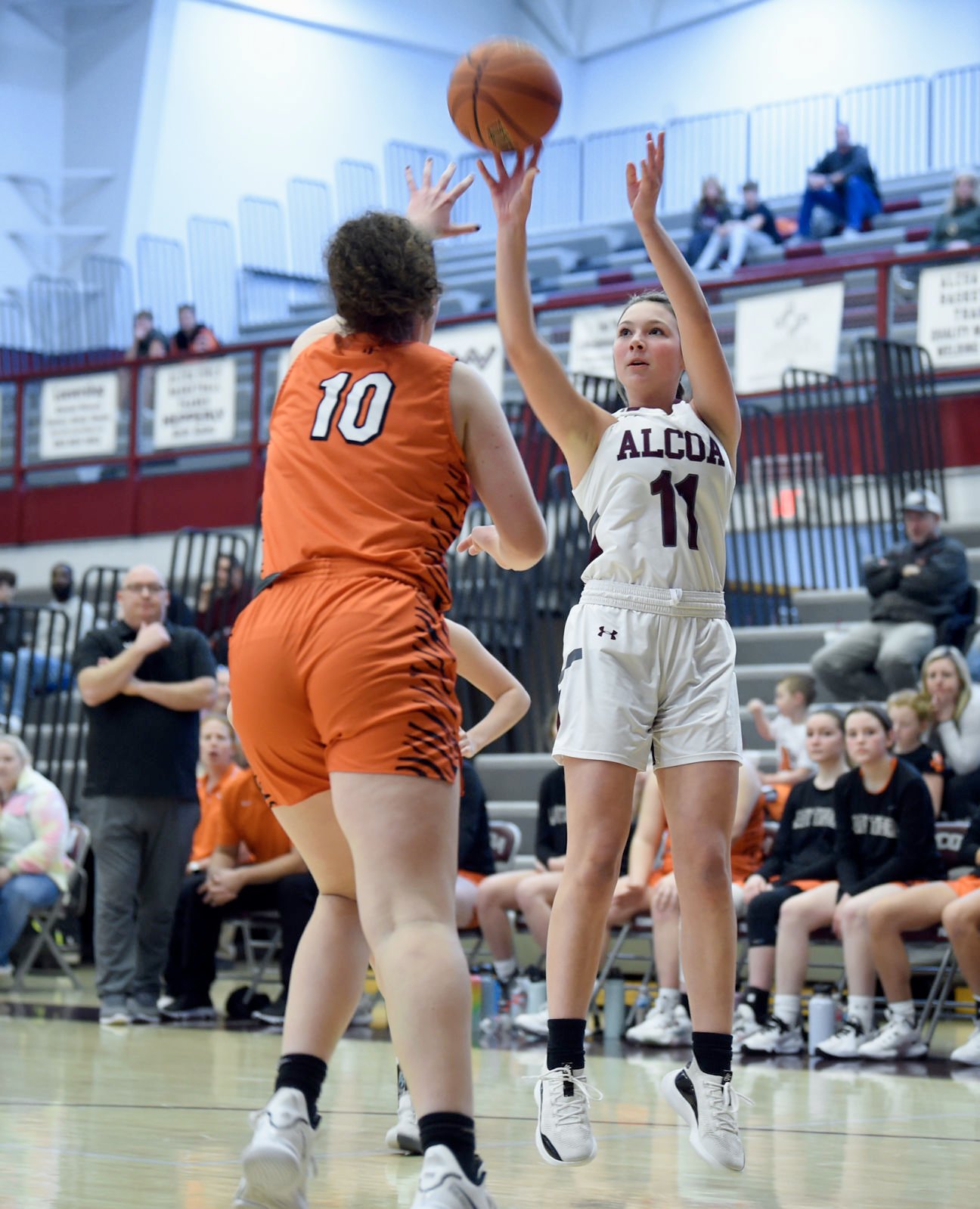 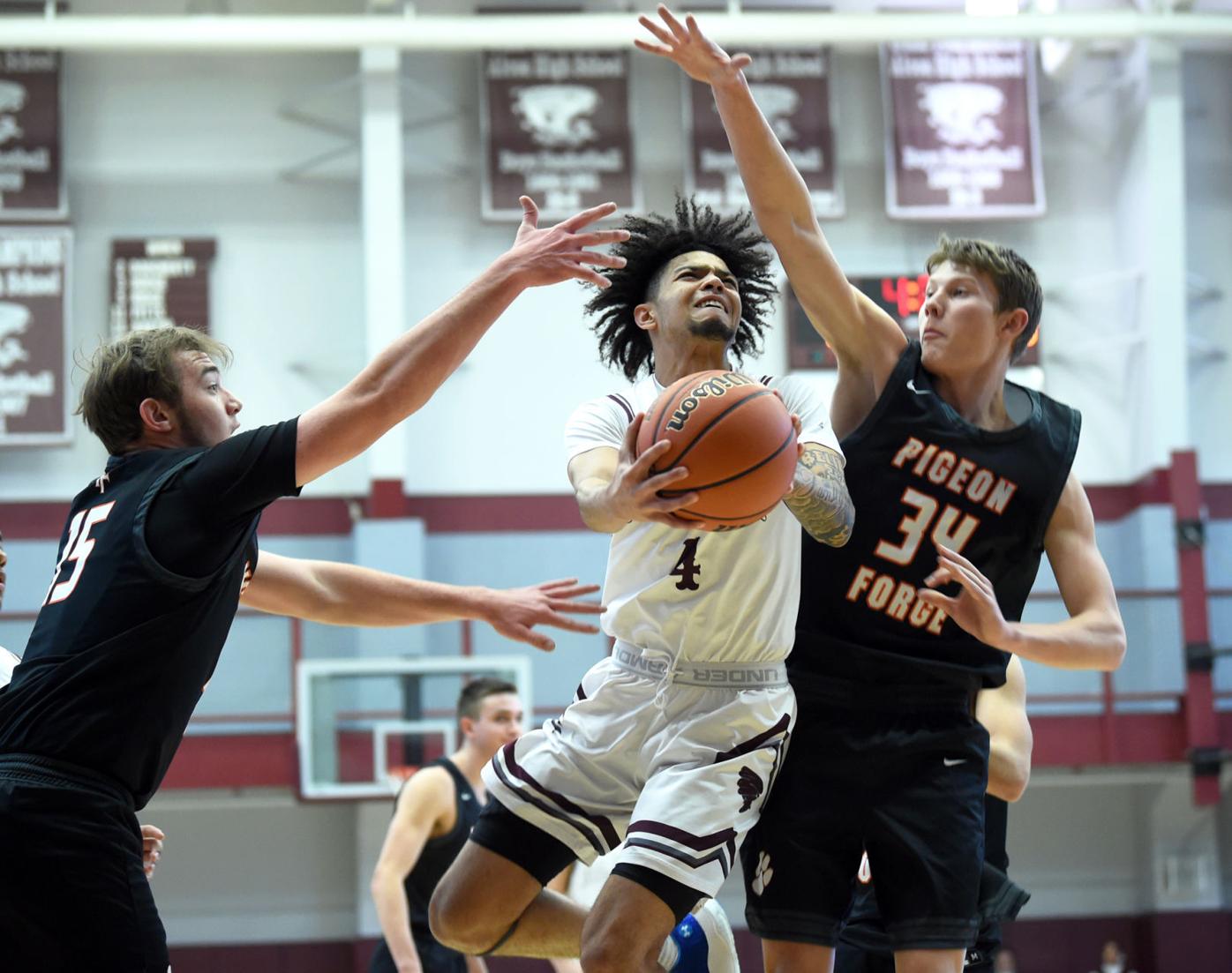 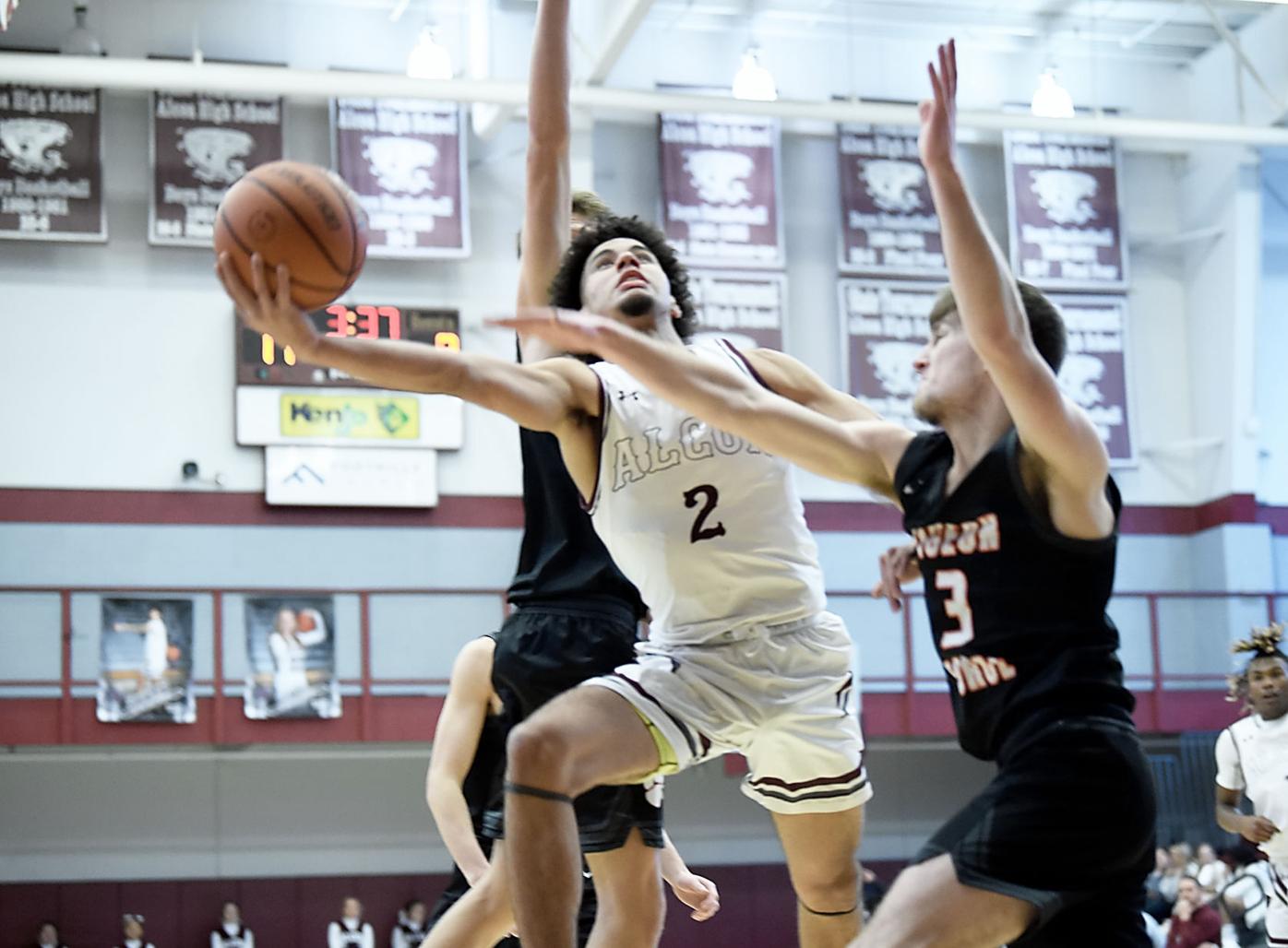 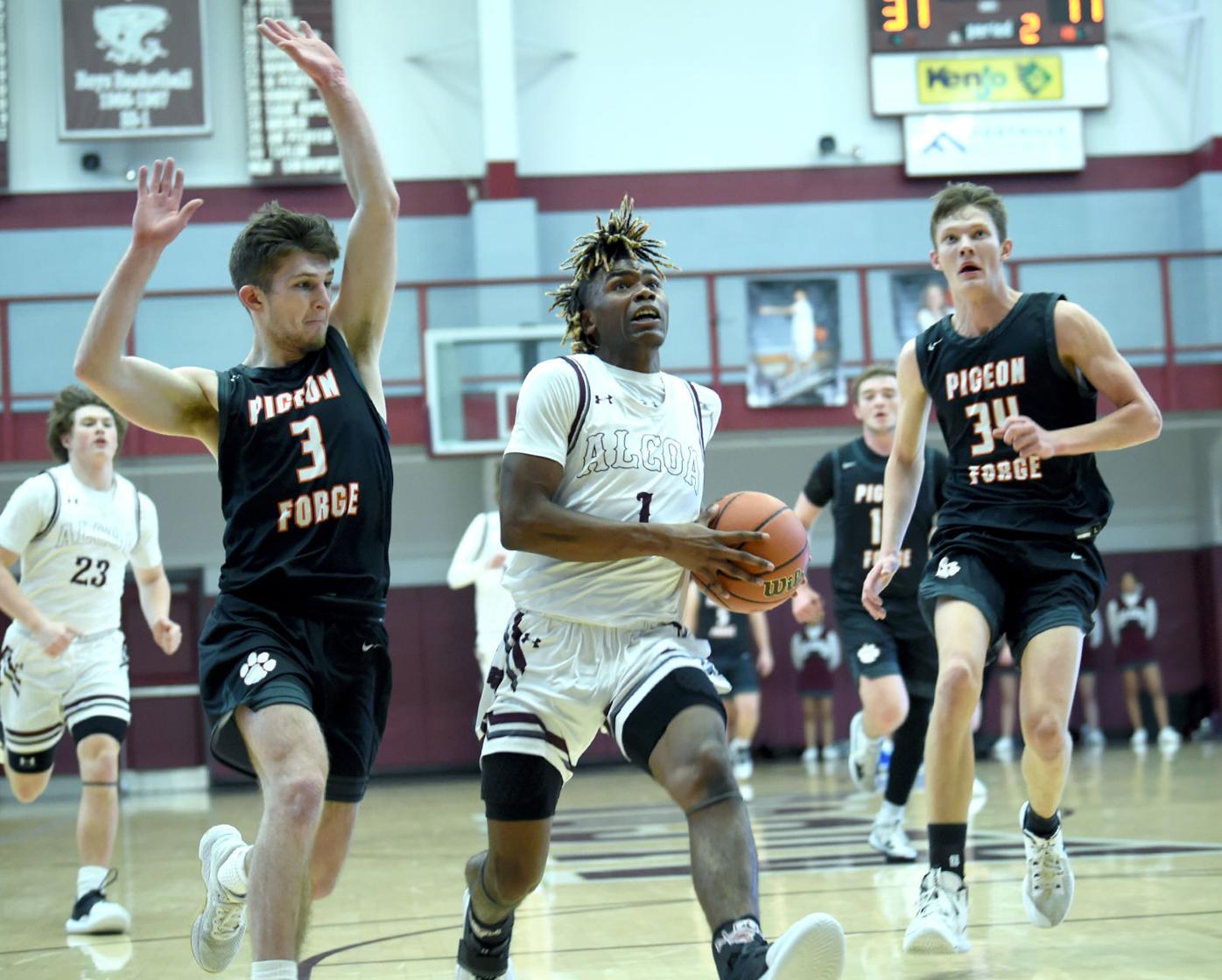 Jordan Harris (1) goes up for a shot ahead of Pigeon Forge defenders. Alcoa won the game 77-58 Tuesday night on their home court. 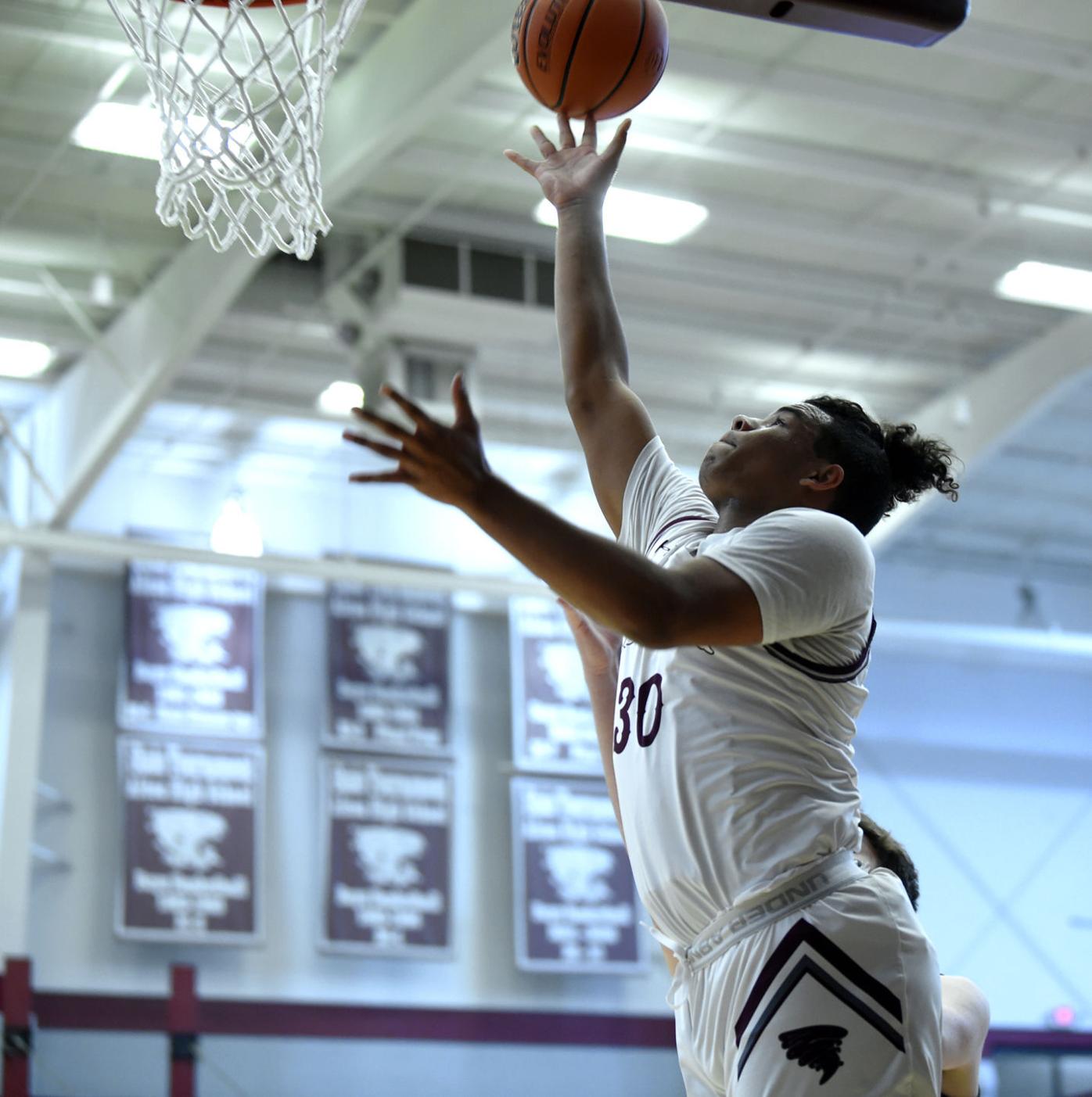 Alcoa’s Eli Owens (30) scores a layup against Pigeon Forge on Tuesday during a game at Alcoa.

Alcoa’s Eden Davis (22) looks for an opening to shoot in the lane among Pigeon Forge defenders on Tuesday at Alcoa.

Jordan Harris (1) goes up for a shot ahead of Pigeon Forge defenders. Alcoa won the game 77-58 Tuesday night on their home court.

Alcoa’s Eli Owens (30) scores a layup against Pigeon Forge on Tuesday during a game at Alcoa.

Standout junior Mak Bremer, who had already missed every game so far, isn’t expected to return this season due to an ACL injury, Alcoa coach David Baumann told The Daily Times.

It was devastating news for the Lady Tornadoes, who looked forward to Bremer returning to aid them in the postseason, and it could have set a dark cloud over the team.

Instead, Alcoa gave itself plenty of positives to focus on Tuesday, dominating District 2-2A foe Pigeon Forge, 67-26, behind 27 points from Karli Haworth.

“The girls are down too about Mak’s news, so I was pleased with their response,” Baumann said. “Maybe a little bit slow, but then we got going and turned them over, pressured the ball. I thought Karli and Macie (Ridge) did a great job all game, Trinity Hodge did a good job pressuring the ball and getting some tips, being active. Kara Pitts did a great job defensively, getting some steals, being active.

“So I liked that effort and that kept us from getting too down (early).”

Though the early stages of the first quarter were close, Macie Ridge paced Alcoa (8-8, 2-0 District 2-2A) to a 17-4 lead to start the second period. Though the Lady Tigers (6-9, 0-1) picked up their offense before halftime, the Lady Tornadoes’ attack stayed steady, making it a 16-point Alcoa lead by halftime.

Alcoa held Pigeon Forge to just two points on one bucket in the fourth quarter.

“We fouled a little too much the first half, part of that is because we were pressing,” Baumann said, “but second half, we just backed up, didn’t press and we played really good half-court defense.”

After scoring 12 points in the first half, Haworth followed it up with a 15-point second half.

“That’s big,” Baumann said. “(Haworth) and Macie both, Macie had a great start and really got us going early and then Karli did late. Both of them were really good defensively. Macie got a lot of steals early; Karli, she scored late and a lot of that was off of steals as well.

“So they’re definitely a one-two punch and when they get going, our whole team goes.”

Though this season has been an up-and-down affair for the Lady Tornadoes, their 2-0 start to district play bodes well for a team that unexpectedly won’t be able to return one of its star players.

“(I’ve noticed) the way we’ve bought in defensively,” Baumann said. “I think in both district games we’ve played well defensively. Probably, to be honest, (they were) two games we should win, but I think our defensive effort has been good and held both teams under 40.

“That’s good because that’s what’s going to win come district tournament time. Since the Webb game last week left such a bad taste in our mouth and (our game) got cancelled Friday, we’ve been working hard for about a week now defensively.”

The deadeye shooter tallied 29 points against District 2-2A foe Pigeon Forge, knocking down four 3-pointers to pace an Alcoa offense that scored nearly 80 points in a 77-58 blowout home win.

"Terrence is a very skilled offensive player who can score at all three levels," Alcoa coach Ryan Collins told The Daily Times. "We've got some guys, Terrence in particular, when they get hot, you just try to find and feed the hot hand. I thought we did that. It's nice to see him carry the offensive load tonight and get going.

"We were able to get some easy ones through our defense and that always helps, but I thought Terrence was very good offensively tonight."

Dorsey was particularly strong in the second and third periods; he scored 11 of the 15 second-quarter points for Alcoa (6-11, 2-0 District 2-2A) and nine of its 24 third-quarter points. He thrived in an offense helped out mightily by its defense, as Alcoa's execution on that end led to scoring opportunities.

"I honestly thought we put together a defensive plan and executed it early in the game," Collins said. "Tried to come out aggressive, get some ball-screen coverage, trap it, rotate. The press was effective, all of that early, and I think it allows us to get in transition and we're better in transition than we are against a set defense.

"Any time Terrence or whoever has the hot hand is hitting shots and the zone opens up, it definitely makes it easy for you on a given night."

Alcoa led 26-14 over Pigeon Forge (9-6, 0-2) at the end of the first quarter, which ended with a last-second 3-pointer by Dorsey, then extended its advantage to 41-24 by halftime and 77-58 to start the final period. Carter hit his own buzzer-beating three to end the third quarter.

Though the season's first half provided some rough moments for the Tornadoes, they are 2-0 to start district play, and Collins hopes his team morphs its experiences, both positive and negative, into key wins as every game becomes more meaningful.

"We're challenging ourselves with our non-conference schedule," Collins said. "You hope that, while some losses have accumulated, you're learning lessons along the way. Those lessons can't just be talking points coming into the (district) games.

"We've got to kind of execute and carry out all the things that we've been talking about, and I think we've been able to do that through the first two games of conference play. At the end of the day, the goal is to win the league, and 2-0 is a step in the right direction."