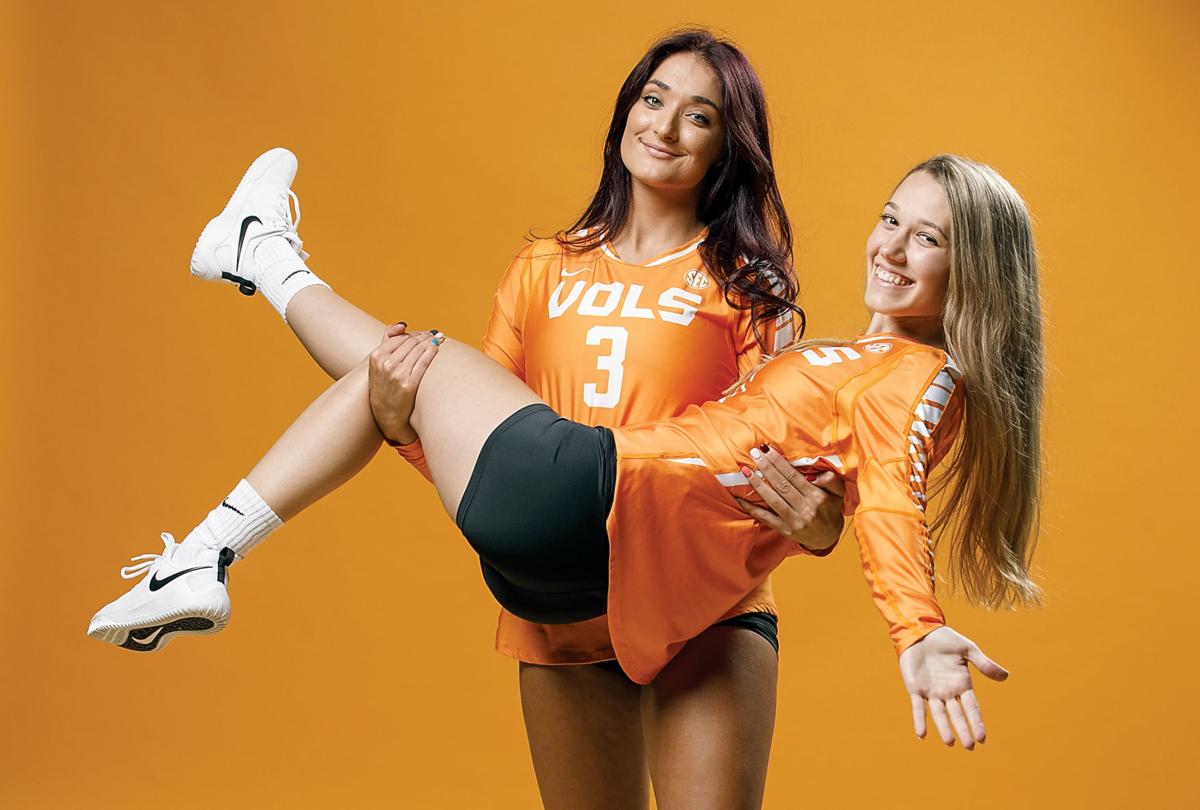 Maryville graduate Madison Coulter (No. 3) and Heritage alum Kailey Keeble pose for a picture as teammates on the Tennessee volleyball team. 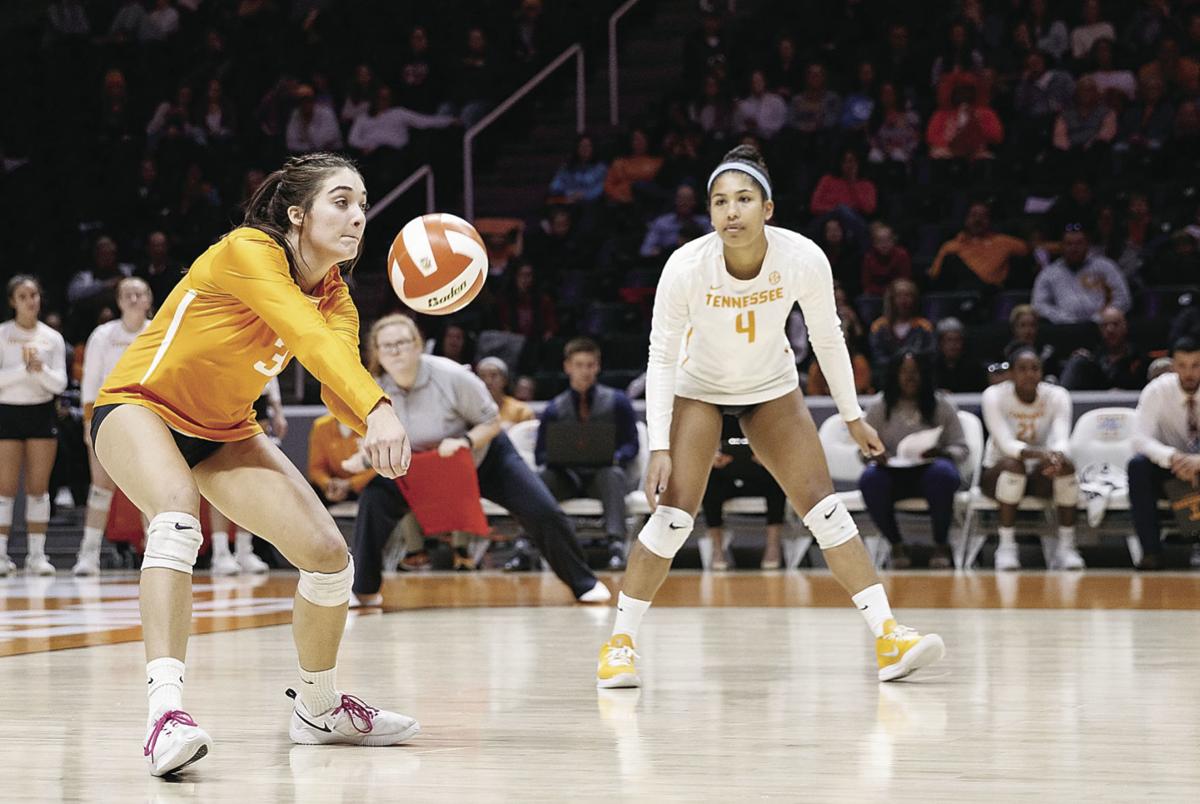 Tennessee defensive specialist Madison Coulter competes in a match against Missouri at Thompson-Boling Arena in Knoxville. 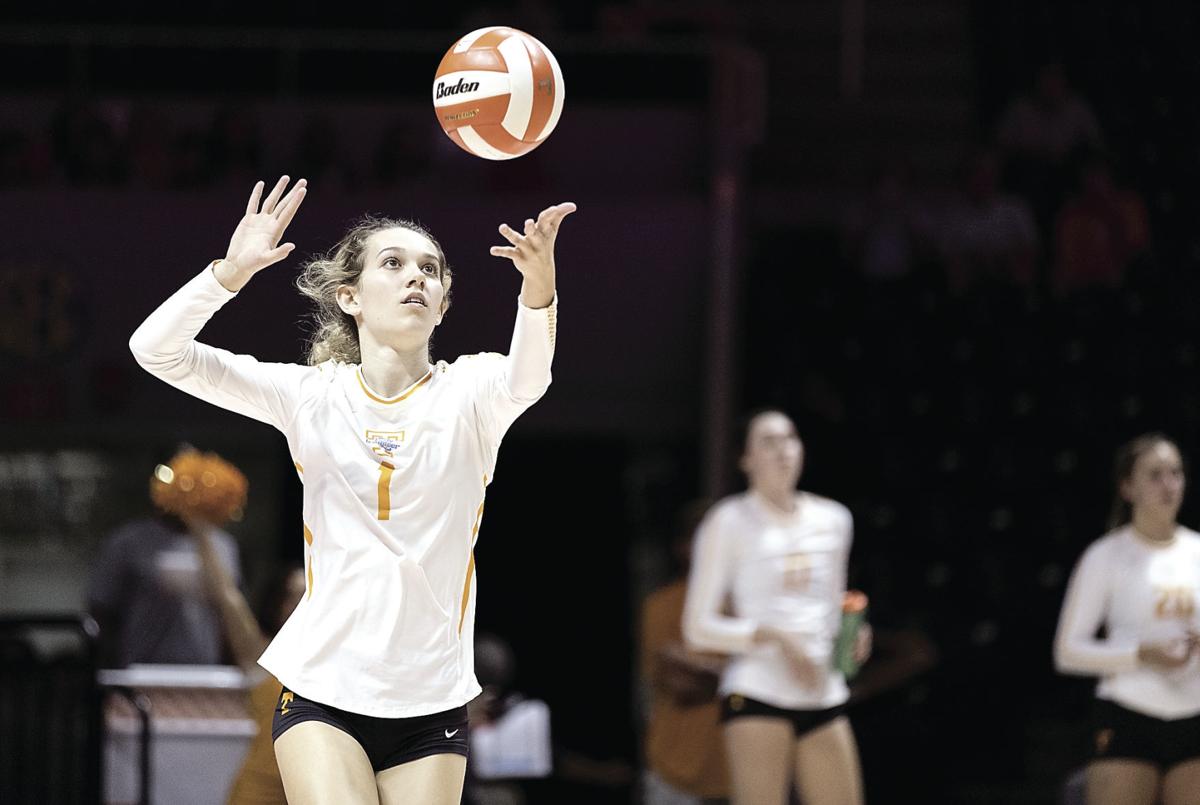 Tennessee setter Kailey Keeble serves the ball during a match against LSU last fall at Thompson-Boling Arena in Knoxville.

Maryville graduate Madison Coulter (No. 3) and Heritage alum Kailey Keeble pose for a picture as teammates on the Tennessee volleyball team.

Tennessee defensive specialist Madison Coulter competes in a match against Missouri at Thompson-Boling Arena in Knoxville.

Tennessee setter Kailey Keeble serves the ball during a match against LSU last fall at Thompson-Boling Arena in Knoxville.

Kailey Keeble didn’t fret over what kind of role she would play as a freshman on the Tennessee volleyball team last fall.

“I basically told the coaches I didn’t really care about playing time,” said Keeble — a former Heritage standout. “Just whatever works best for the team. I just want to win.”

Keeble has that in common with another former Blount County star and member of UT’s squad, Madison Coulter.

A Maryville grad and now a senior at UT, Coulter was tasked with transitioning from an attacker to one of the team’s top defensive players after her freshman season. She played in all 108 sets last year, recording a career-high 3.97 digs/set.

Coulter and Keeble, who played in 23 of 28 matches as a setter, helped Tennessee finish with a 15-13 record for its second straight winning season.

“I’m good with wherever,” Coulter said of her position. “My main thing is I just want our team to win and, if I can be a part of that by being on the court, great.”

Coulter was a force at outside hitter for Maryville, where she was named Blount County MVP and Hitter of the Year as a senior. She continued to play that role her freshman year at UT before transitioning to libero.

Coulter said it was a steep learning curve, but she took the challenge in stride. As a sophomore, she posted team highs in digs (329) and digs per set (3.5) while also ranking third in assists (64). That helped the Vols make their first appearance in the NCAA Tournament since 2012.

“We had a pretty strong offense, and I think (coach) thought I could be better utilized as a defensive player,” Coulter said. “I’m a big communicator on the court, and I think we needed somebody whose sole purpose is to keep people talking — keep people on the same page.”

When Coulter learned a familiar face would be joining her at UT, she was thrilled.

Coulter and Keeble played for the same K2 club for years, though never on the same team because of their age gap. However, they competed against each other regularly during club practices.

Coulter said she instantly knew Keeble would be a great asset for UT. Keeble amassed 1,681 kills, 1,653 digs, 182 blocks and 2,249 assists in her four-year career at Heritage, leading the Lady Mountaineers to the 2018 state tournament for the first time in school history.

“The best way to put it is she is one of the hardest working people in the gym, always,” Coulter said of Keeble. “I knew with her work ethic and the way she trains that she’d be ready to go. I think she provided a sense of stability to the team in terms of what her role was and where she could help us.”

Keeble said integrating herself into UT’s system took a lot of work, as did getting used to the competition level in the SEC.

But, by the middle of the season, Keeble was contributing. She tallied a season-high 21 assists in the Vols’ sweep over Mississippi State on Oct. 13.

Keeble said having Coulter there was invaluable.

“It’s definitely good to have a role model — someone to look up to and talk to before you get there,” Keeble said. “It made the transition way easier for me, and it would have been way different not having her there. …

“It’s every girl’s dream growing up in Tennessee to have that Lady Vol emblem on your jersey, and I definitely try not to take it for granted.”

That deep Tennessee pride is something else Coulter and Keeble have in common.

Entering her senior season, Coulter said the legacy she hopes to leave behind is one that involves building up her teammates.

“Obviously I’m only 21, but it’s unlike anything I’ve ever gotten to be a part of,” Coulter said. “It has taught me a lot about who I am as a person — about loyalty and about being competitive and the ways you can build up relationships and how important those relationships are with other women.

“The platform we’ve been given as Lady Vols — I’ll never have something like that in my life again. I feel really lucky.”