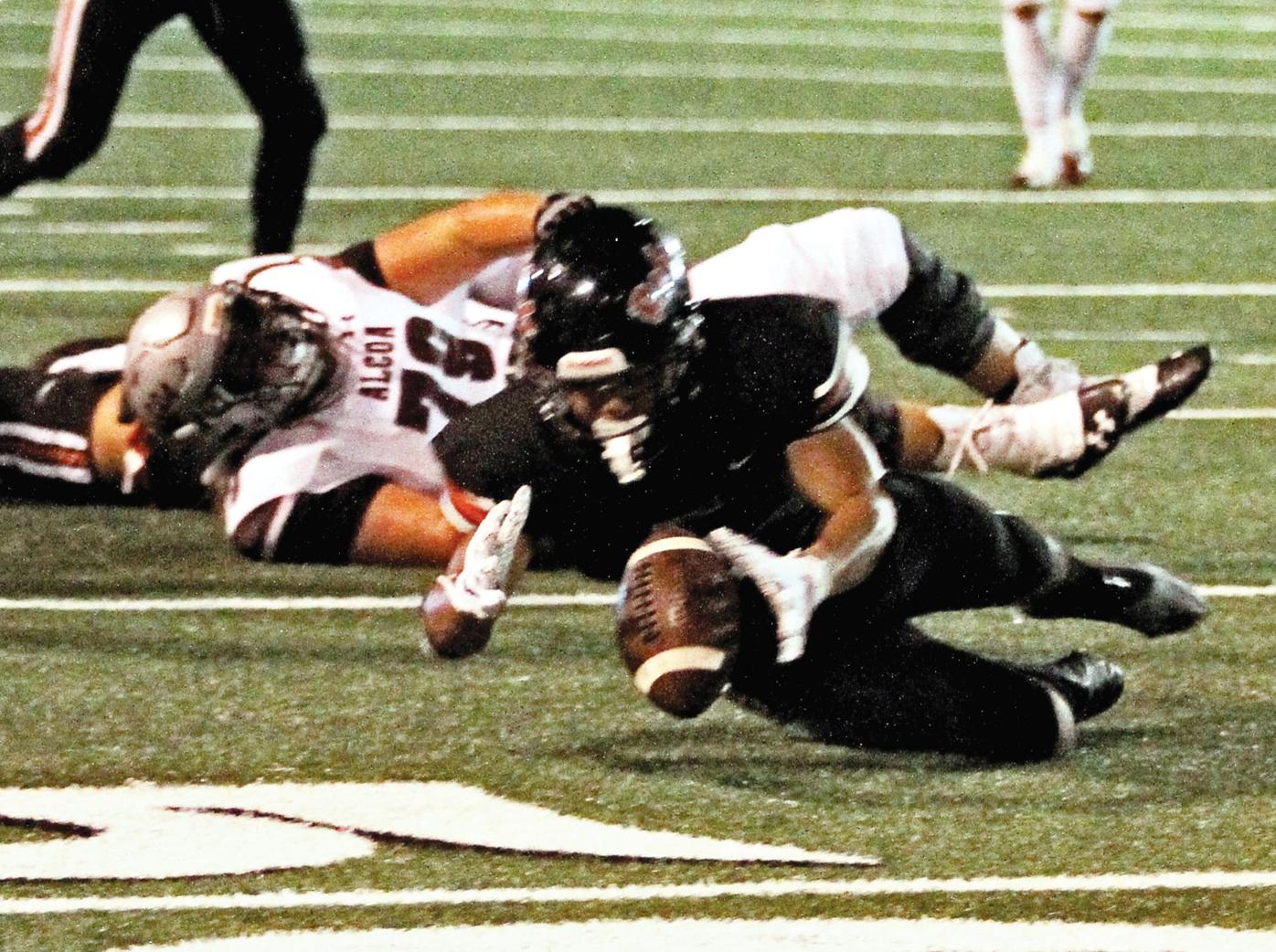 Maryville's DJ Burks recovers a fumble in the second half of Maryville's win over Alcoa. 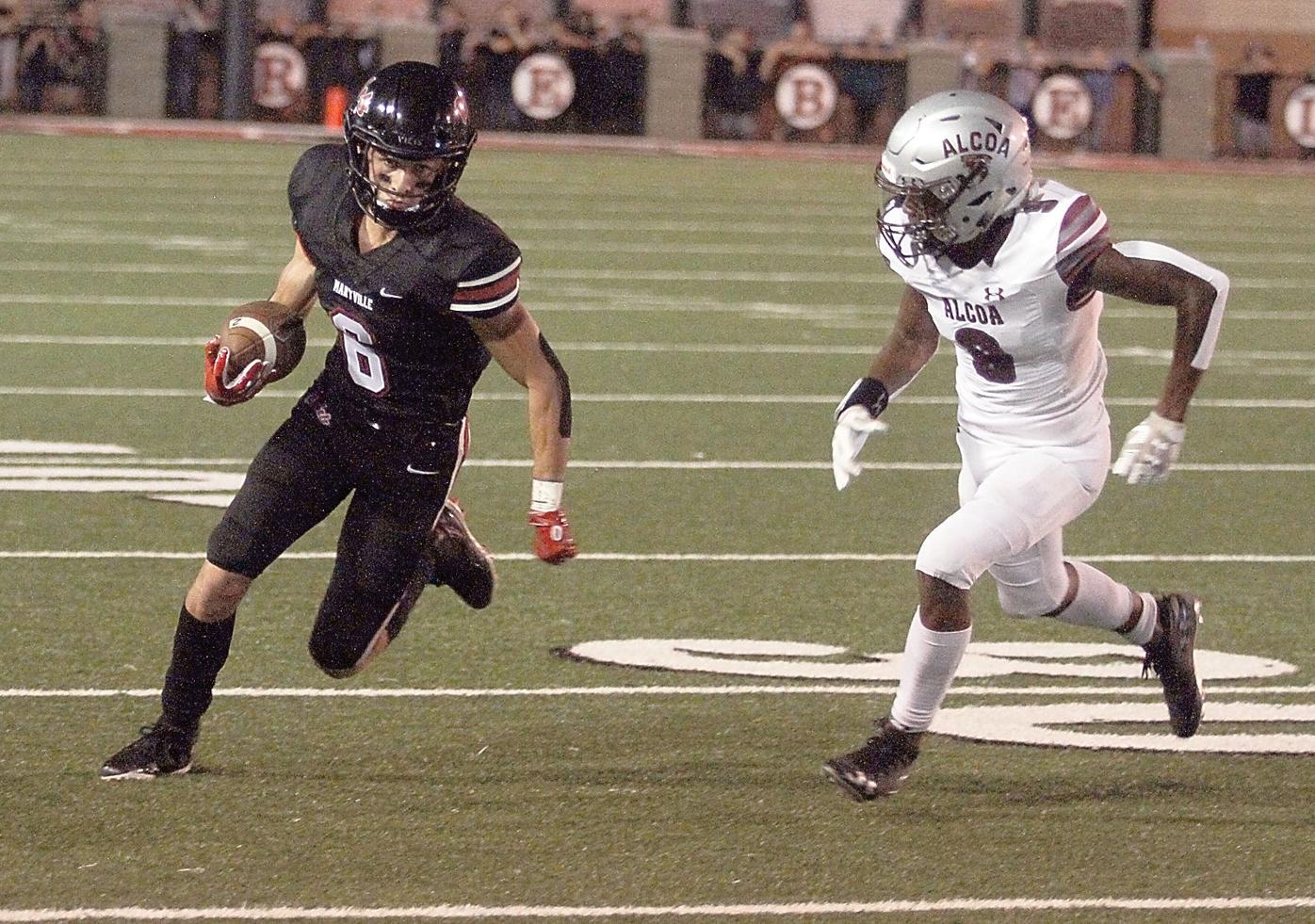 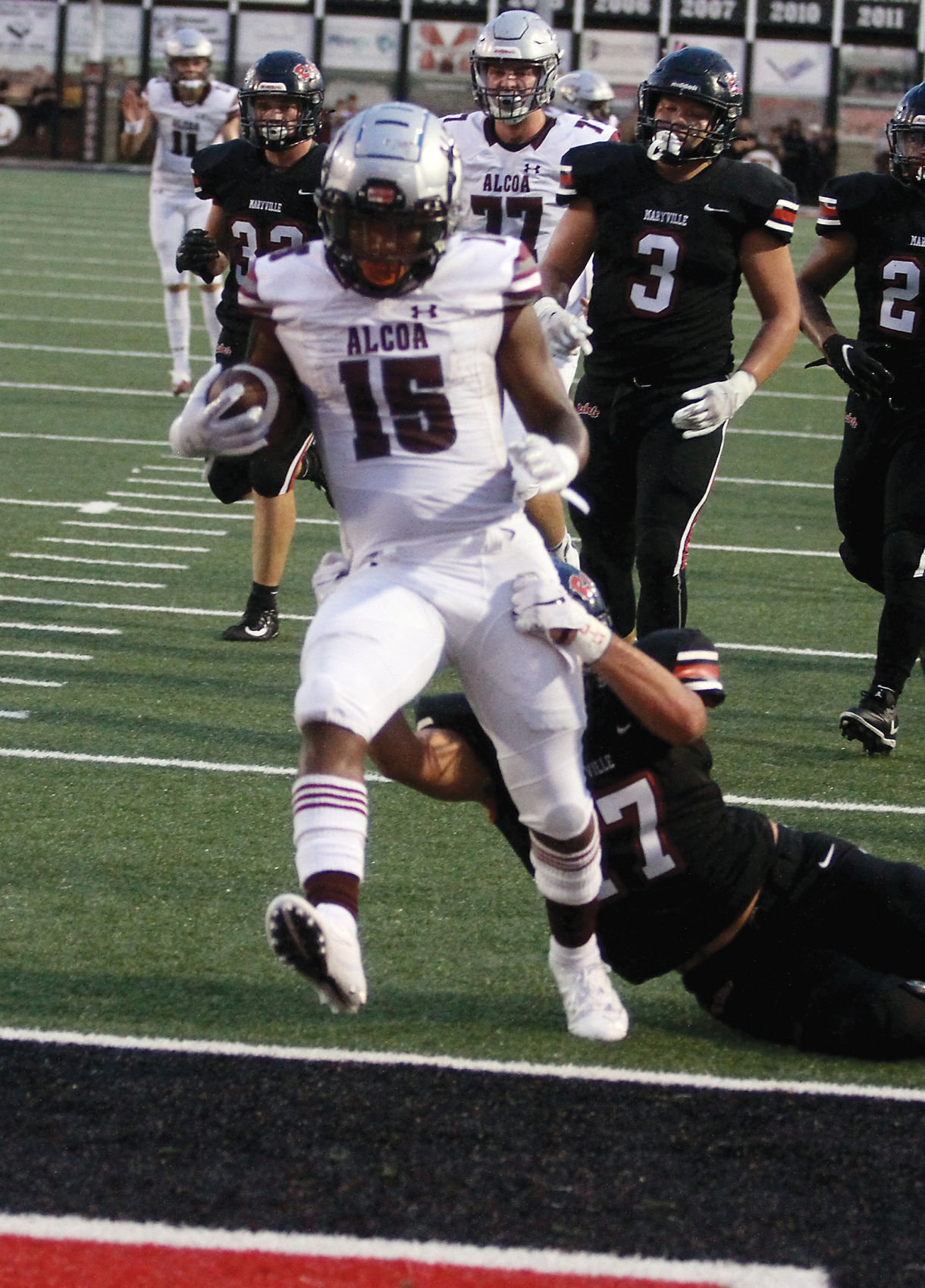 Alcoa running back Ahmaudd Sankey walks into the the end zone for Alcoa's only touchdown against Maryville. 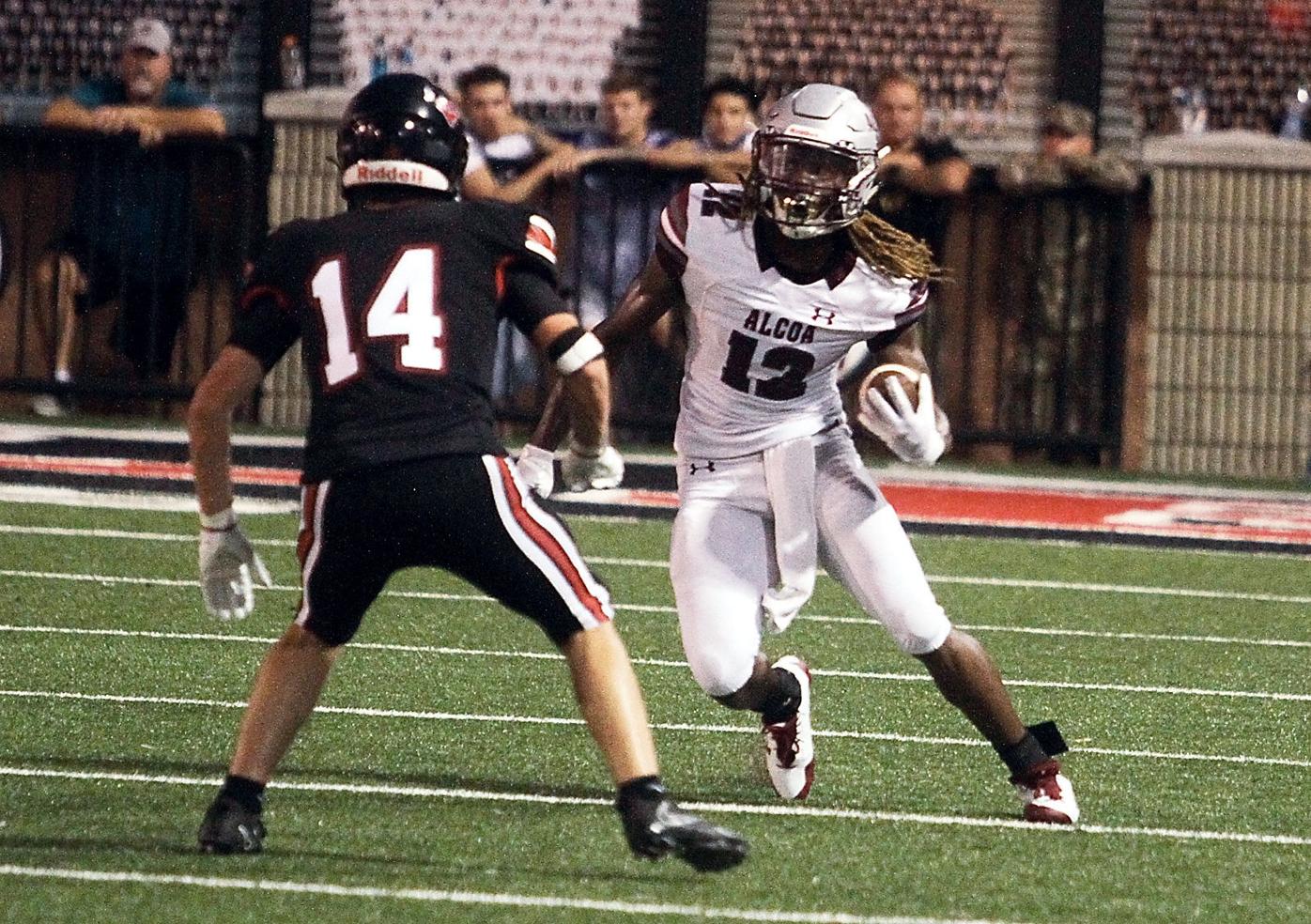 Alcoa’s Isiah Cox cuts back to avoid the tackle by Maryville’s Thomas Fry on Friday at Maryville.

Maryville's DJ Burks recovers a fumble in the second half of Maryville's win over Alcoa.

Alcoa running back Ahmaudd Sankey walks into the the end zone for Alcoa's only touchdown against Maryville.

Alcoa’s Isiah Cox cuts back to avoid the tackle by Maryville’s Thomas Fry on Friday at Maryville.

One yard separated Alcoa from being able to put Maryville away.

A two-possession lead already seemed insurmountable against another dominant defensive performance from the Tornadoes, and another scoring drive would have sealed the 92nd Battle of Pistol Creek before the final quarter even rolled around.

Maryville senior defensive end Hagan Webb was not going to let that happen.

Webb stuffed Alcoa senior running back Ahmaudd Sankey behind the line of scrimmage on a pivotal fourth-down attempt to kickstart a second-half Rebel comeback that ended with Maryville celebrating a 14-9 victory Friday inside Shields Stadium.

“Hagan lays his ears back, and he understands when it is time to go, he has to go,” Maryville coach Derek Hunt told The Daily Times. “He’s another kid who has matured over his four years and continued to get better.

“To watch him make those big plays, it’s so satisfying.”

The decision to go for it near midfield came on Alcoa’s opening possession of the second half after it limited Maryville (3-0) to 36 total yards and one first down in the first half.

Hunt acknowledged earlier in the week that the Rebels would not have much success if tasked with driving the length of the field against one of the best defense in the state.

“They tried to bully us, but we didn’t let them,” Maryville senior linebacker Lou Burchfield added. “It was about who was going to be the more physical team. It was us that play, and I feel like it was us most of the game, too.”

Webb and Burchfield handed the ball back to their offense five plays later after Webb forced Sankey to fumble for the second time and Burchfield fell on top of it.

Alcoa never threatened to take the lead back, as an offense that has struggled with inconsistency throughout its first four games failed to muster anything in the final period.

The Tornadoes logged 63 net yards during their three fourth-quarter drives, including nine yards on seven plays on their final possessions.

“You’ve seen it for three or four weeks, and whether you’re a player or a coach, you need to look yourself in the mirror and do some soul searching because (the offense) just ain’t been good.

Maryville did not produce much on the offensive end either until Webb and his defensive counterparts handed them a pair of short fields to work with.

The Rebels will celebrate their second consecutive victory over their rival while the Tornadoes recover from a loss that stemmed from a single yard before the two programs return to focusing on the only game bigger than the rivalry against each other: the BlueCross Bowl.

“It’s important for us to play Alcoa early in the season because it tests us and we find out how good we are,” Hunt said. “I think we’re pretty good, but I think there is still so much room for improvement with this group.

“I don’t want this to be our biggest win of the year, and I hope it’s not, but it was a huge win against a phenomenal football team. That was as good a game as you’re going to see.”

He can be contacted at troy.provost-heron@thedailytimes.com.