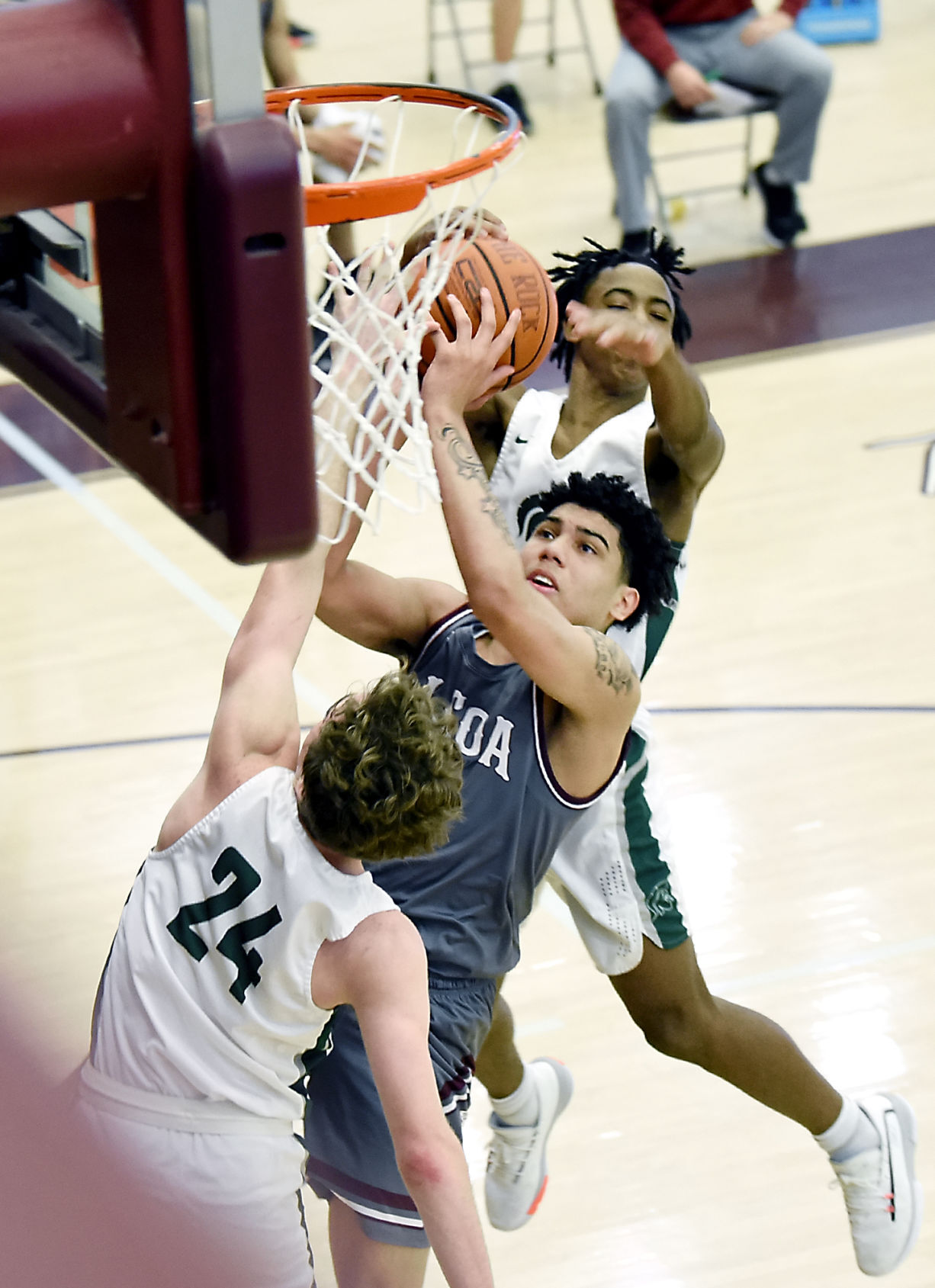 Alcoa’s Tai Cates (5) earned a trip to the free throw line after this drive to the basket against Webb defenders in the Holiday Hoopla on Tuesday at Alcoa High School. 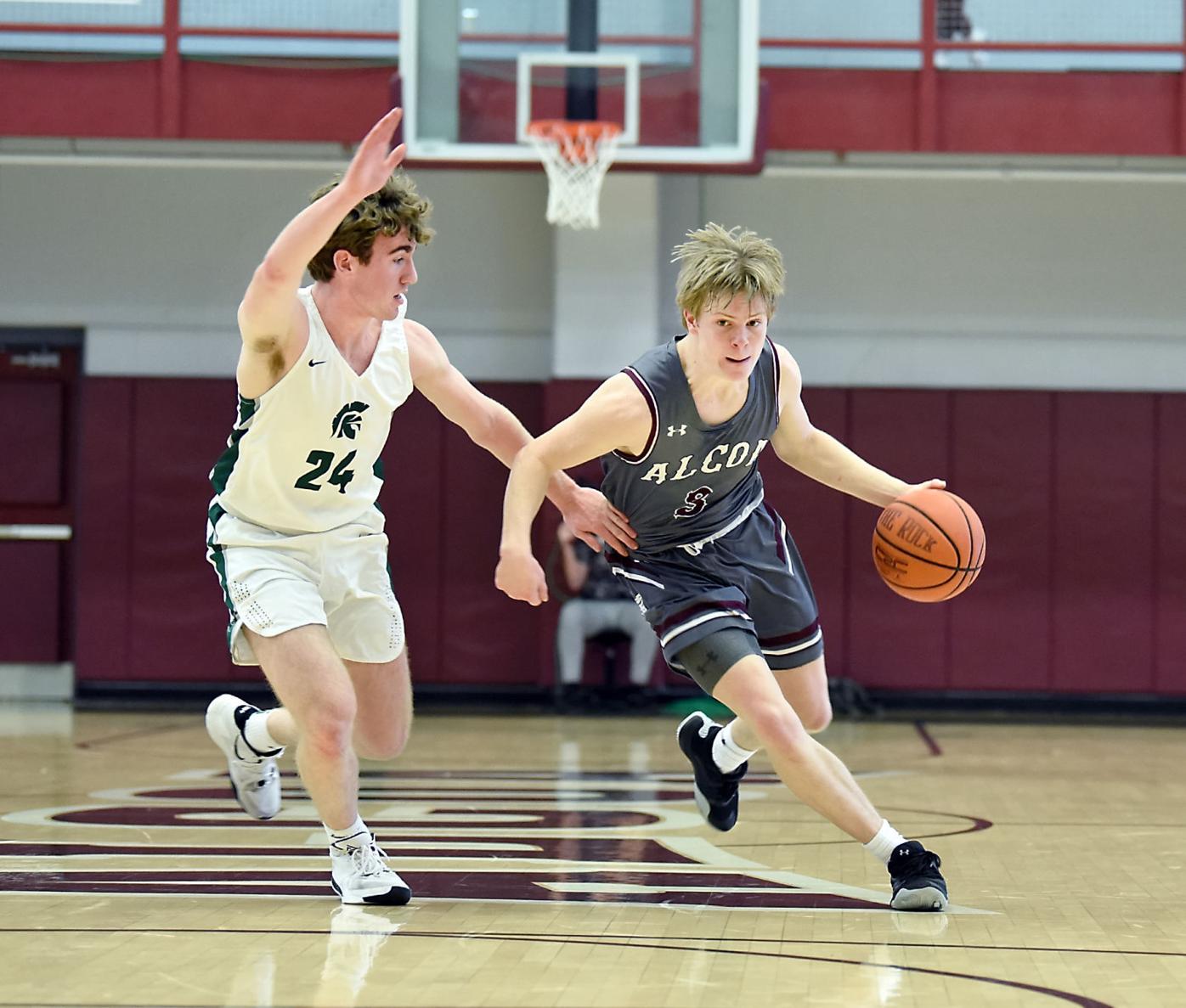 Drew Napier (3) drives the lane against Webb in Christmas tournament action at Alcoa. 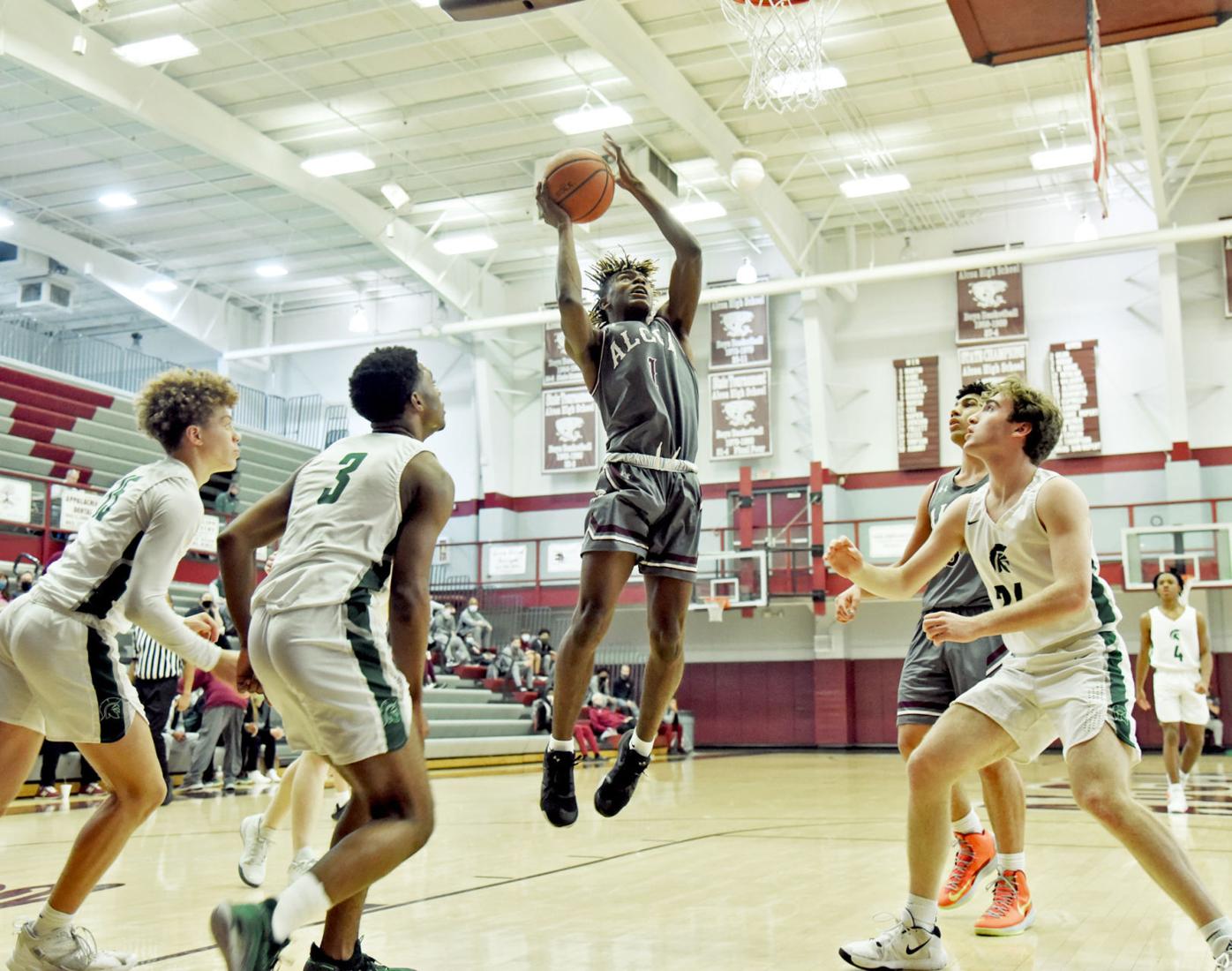 Alcoa’s Jordan Harris (1) goes strong to the rim after an offensive rebound against Webb in the Holiday Hoopla on Tuesday at Alcoa High School.

Alcoa’s Tai Cates (5) earned a trip to the free throw line after this drive to the basket against Webb defenders in the Holiday Hoopla on Tuesday at Alcoa High School.

Drew Napier (3) drives the lane against Webb in Christmas tournament action at Alcoa.

Alcoa’s Jordan Harris (1) goes strong to the rim after an offensive rebound against Webb in the Holiday Hoopla on Tuesday at Alcoa High School.

Alcoa looked poised to bounce back from a disappointing return to the court against Oak Ridge on Monday with a signature win against Webb School of Knoxville.

The backcourt duo of sophomore Tai Cates and freshman Jahvin Carter was dominant and the Tornadoes were dialed in on defense, limiting the Spartans to 30 first-half points.

Then, the wheels fell off on the walk back to the court from the locker room.

Alcoa almost surrendered as many points in the third quarter (29) as it did in the opening 16 minutes, a defensive lapse that led to a 77-66 loss on Tuesday — the second night of Holiday Hoopla at Alcoa High School.

The Tornadoes (2-3) entered the intermission with a 39-30 lead, but Webb’s Lukas Walls erased that advantage one minute, 11 seconds into the third quarter with three 3-points on consecutive possessions.

Cates and Carter rattled off an 8-0 run to combat Walls’ flurry, but it was not enough to dash the Spartans’ newfound offensive efficiency. Webb scored its final 20 points of the period over a 5:01 stretch that allowed it to take a 59-54 lead into the fourth and started the final period with an 8-0 run that dug Alcoa too deep a hole.

“We’ve talked about forming an identity, and that identity is through the good or bad we’re going to be consistent with our competitiveness and consistent with our togetherness, and we just weren’t there tonight,” Collins said. “We have to handle adversity as a group. There has to be that fight and that toughness to get through those stretches.

“We’re a very young group, and I think we need to have that leadership blossom and have one guy or two guys that will it to happen.”

Cates scored a game-high 32 points and Carter added 24, comprising 84.8% of Alcoa’s offensive output. Senior guard Ronald Jackson scored six of the 10 points the Tornadoes’ supporting cast tallied, a recipe that will not generate much success against quality opponents.

The Tornadoes are hoping it can establish a third option by committee going forward, but until those surrounding Cates and Carter generate enough confidence to do so, the duo will be asked to shoulder the load.

Senior Brayden Anderson, who returned from a COVID-19 protocol layoff, is one of those players Collins envisions growing into a bigger role because of his athleticism — he was named to the TSWA Class 3A All-State football team Tuesday.

“He has gifts that others don’t have, but he has a big learning curve in front of him in terms of the schemes and where he fits in in the whole,” Collins said. “I do like his approach. It’s not about him. He’s been a team guy, and I think he understands that he’s here to serve and he just wants to win.

“If he continues that approach, he is going to figure it out.”

Alcoa has a lot to figure out as a whole if it wants to accomplish its goal of getting back to the Class AA sectional and advancing past it, and it hopes that starts at 6 p.m. today when it hosts Greeneville, who is one of those teams that could be waiting for them at that stage in the postseason.

“Tomorrow is a good measuring stick for us, and I’m also looking for a response,” Collins said. “I loved our response (to Monday) in the first half, we just didn’t sustain it. Are we going to be that group that no matter what we can put it behind us and continue to show up and fight or are we going to be the opposite?”