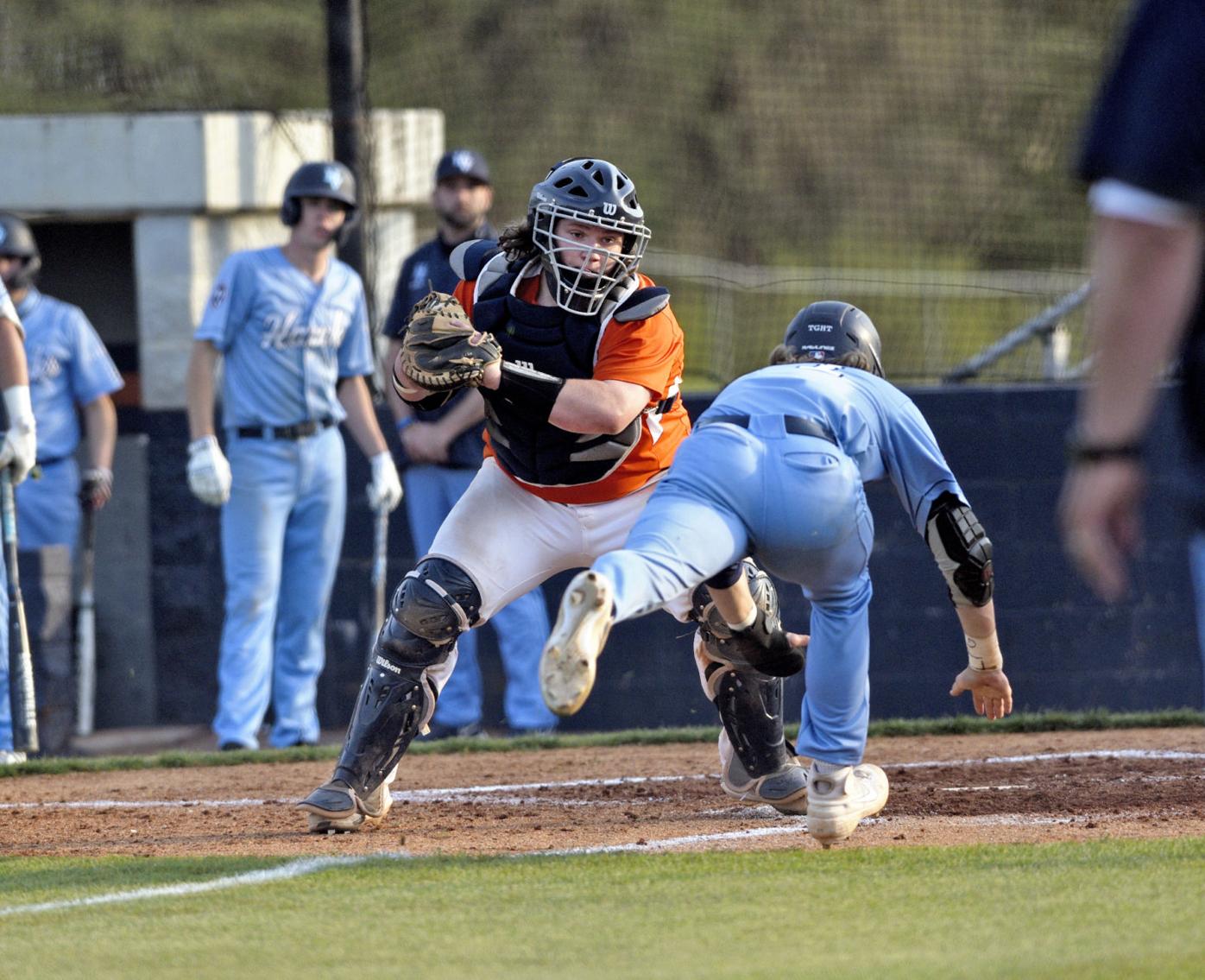 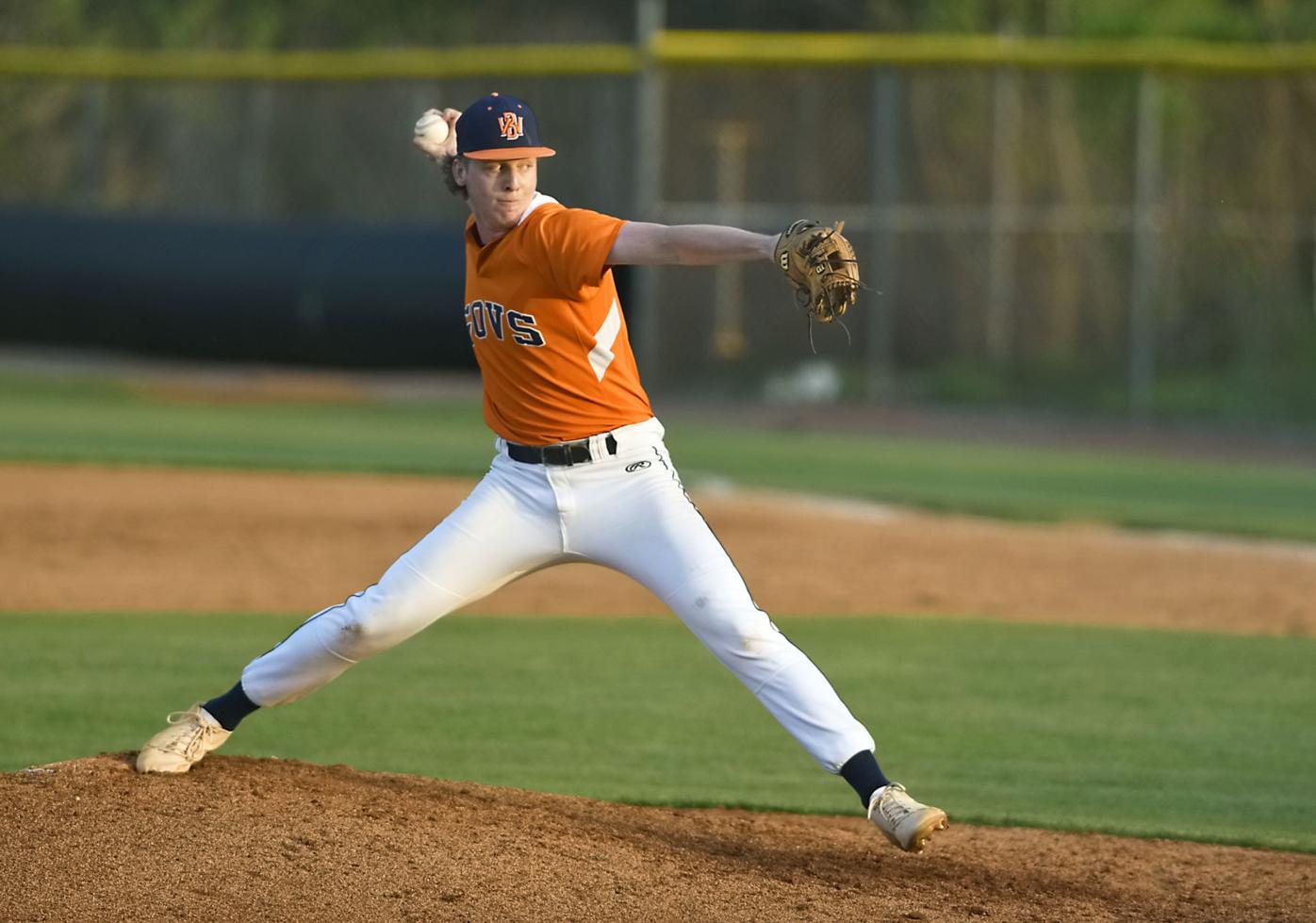 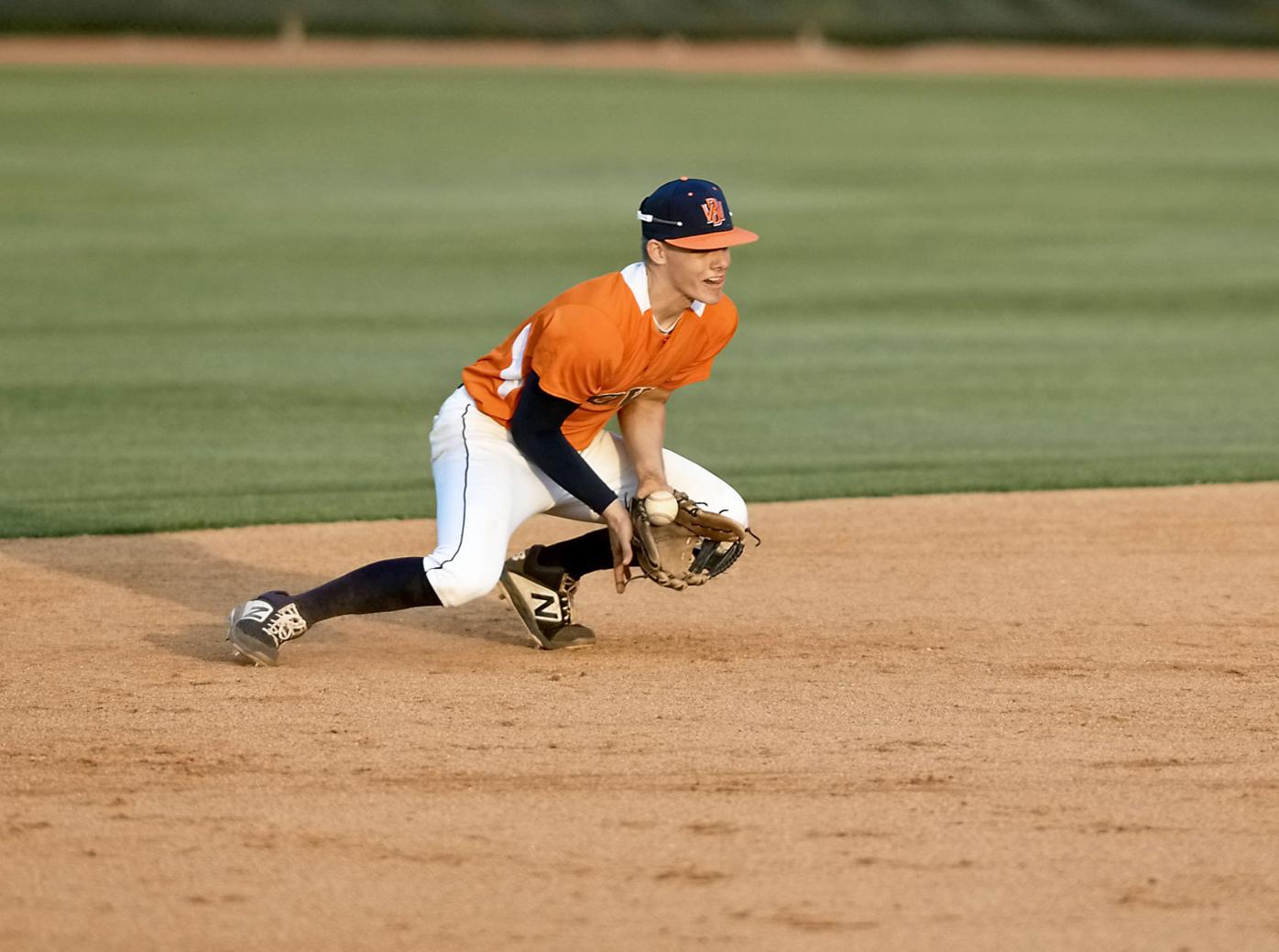 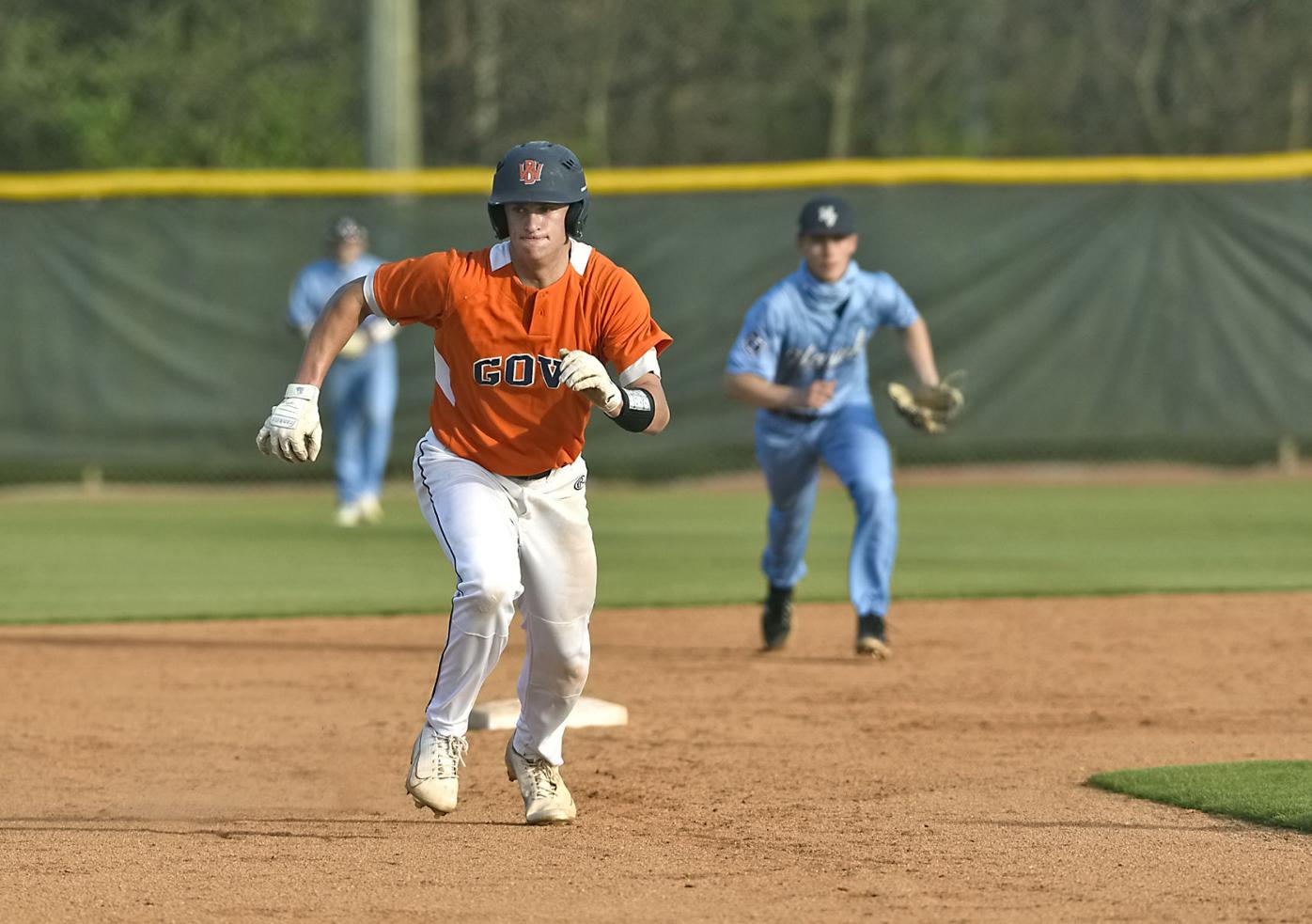 William Blount’s Will Vance (21) advances to third on a ground ball through the left side of the infield in Wednesday night’s District 4-AAA game against Hardin Valley at William Blount High School.

William Blount’s Will Vance (21) advances to third on a ground ball through the left side of the infield in Wednesday night’s District 4-AAA game against Hardin Valley at William Blount High School.

William Blount senior Avery Crabtree pitched well enough to keep a potent Hardin Valley lineup at bay through the first three innings. The defense behind the right-hander, though, did not hold up its end of the bargain.

The Governors committed an error in each of the first three innings that led to runs, digging themselves a 4-1 deficit before Hardin Valley pulled away for an 11-1 run-rule victory on Wednesday at Charlie Puleo Field.

“We’ve kicked the ball around all year,” William Blount Justin Young told The Daily Times. “That’s a challenge because at the high school level you have to make routine plays, and we have not done that consistently.

“Avery battled, but when you give a good team like Hardin Valley extra outs, they’re going to make you pay. They found some holes and hit some balls well, but we have to clean some things up defensively if we want to have success moving forward.”

Hardin Valley right fielder Brycen Denton was the first two reach on an error in the first before stealing second and third to set up a RBI single for Ty Denton. Crabtree fielded a grounball off the bat of Trent Tilley with two away in the second, but overshot the throw to first, allowing Carson Hoffmeister to score all the way from first.

A RBI single by senior designated hitter Carson Yates got William Blount (6-9, 2-5 District 4-AAA) back within one, but the deficit quickly grew after Ethan Davidson-Browder hit a single to right that rolled past Will Vance and scored two Hardin Valley runners.

“We’re playing our best guys, and that’s what makes it hard because you look at your roster and you think, ‘Well, those are our best options out there,’” Young said. “Baseball is a game of confidence, and as tough as you are on yourself as a player, you have to wash it and forget about it because tomorrow is a new day. That’s the beauty of baseball; we don’t have to wait a week to play again. Hopefully, we forget about it and can start playing a little better.”

The miscues gave the Hawks (13-2, 7-1) enough confidence to open the flood gates in the fourth, scoring six runs on six hits while chasing Crabtree from the mound in the process.

“When I went out there to take him out, you could tell he was tired,” Young said. “He competed and gave us everything he had. That’s a good hitting team. He made some good pitches and they hit some good pitches, and offense is contagious. When you have a guy or two hitting, the whole lineup starts to hit, and that’s what they did tonight after we helped them out a little bit.”

Hardin Valley put the mercy rule into effect on another William Blount defensive miscue when Trevor Ulland threw to second on a fake steal attempt that allowed a runner on third to break for home.

It was a disappointing performance from a team that has proven it has the ability to play with the likes of Farragut and Hardin Valley — the top two teams in the district — when it does not get in its own way.

The Governors will attempt to have a better showing in the field when they host Seymour at 6 p.m. today on the opening day of the Blount Discount Pharmacy Tournament.

“We’ve got to realize that our pitching staff is good enough to keep us in a lot of games, but we have to find a way to score runs and cut down the miscues defensively,” Young said. “If we can do those things, I think we’re good enough to play with anybody in our district.”