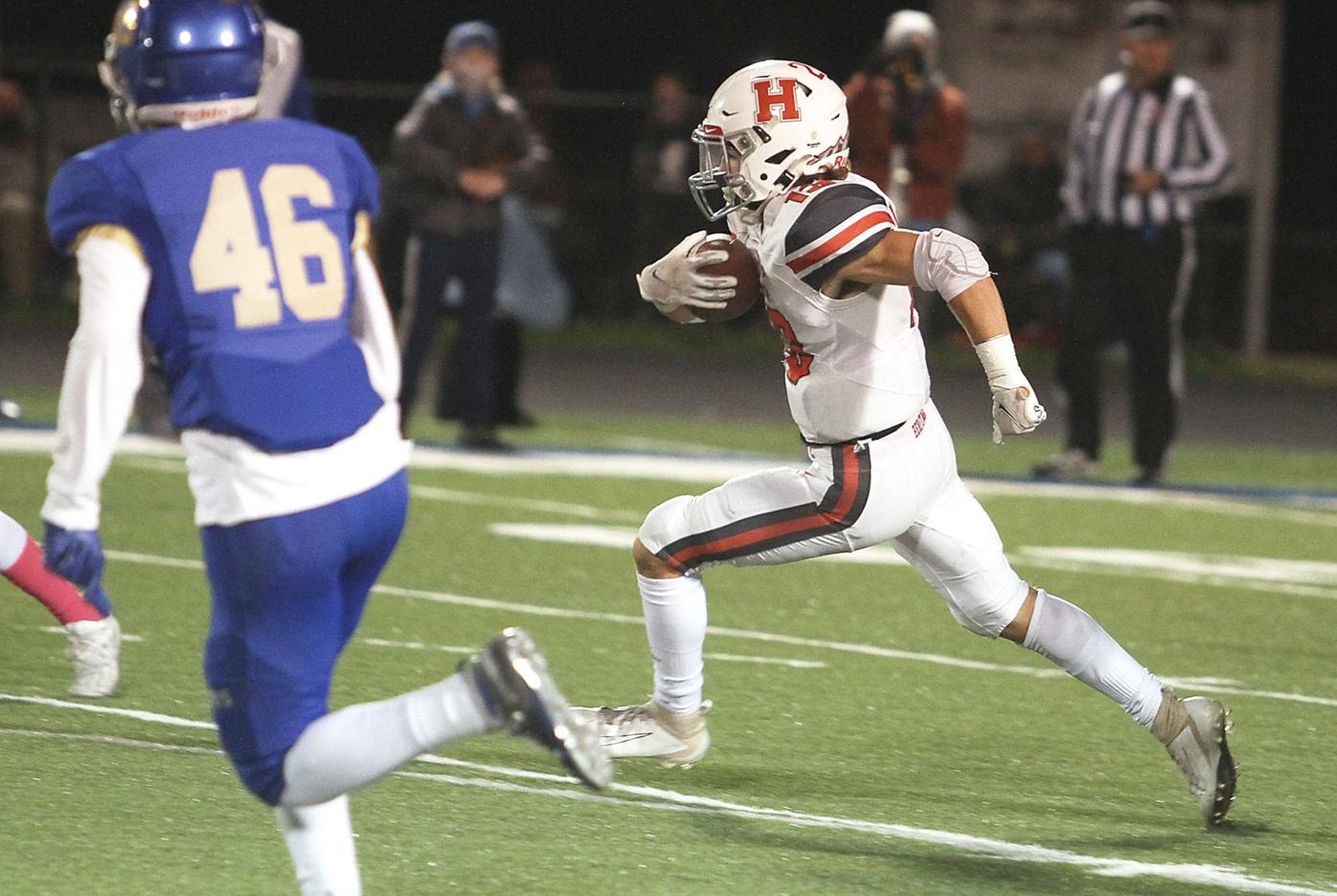 Heritage’s Dusty Reza breaks into the open chased by Karns’ Nick Wilson on Friday in Knoxville. 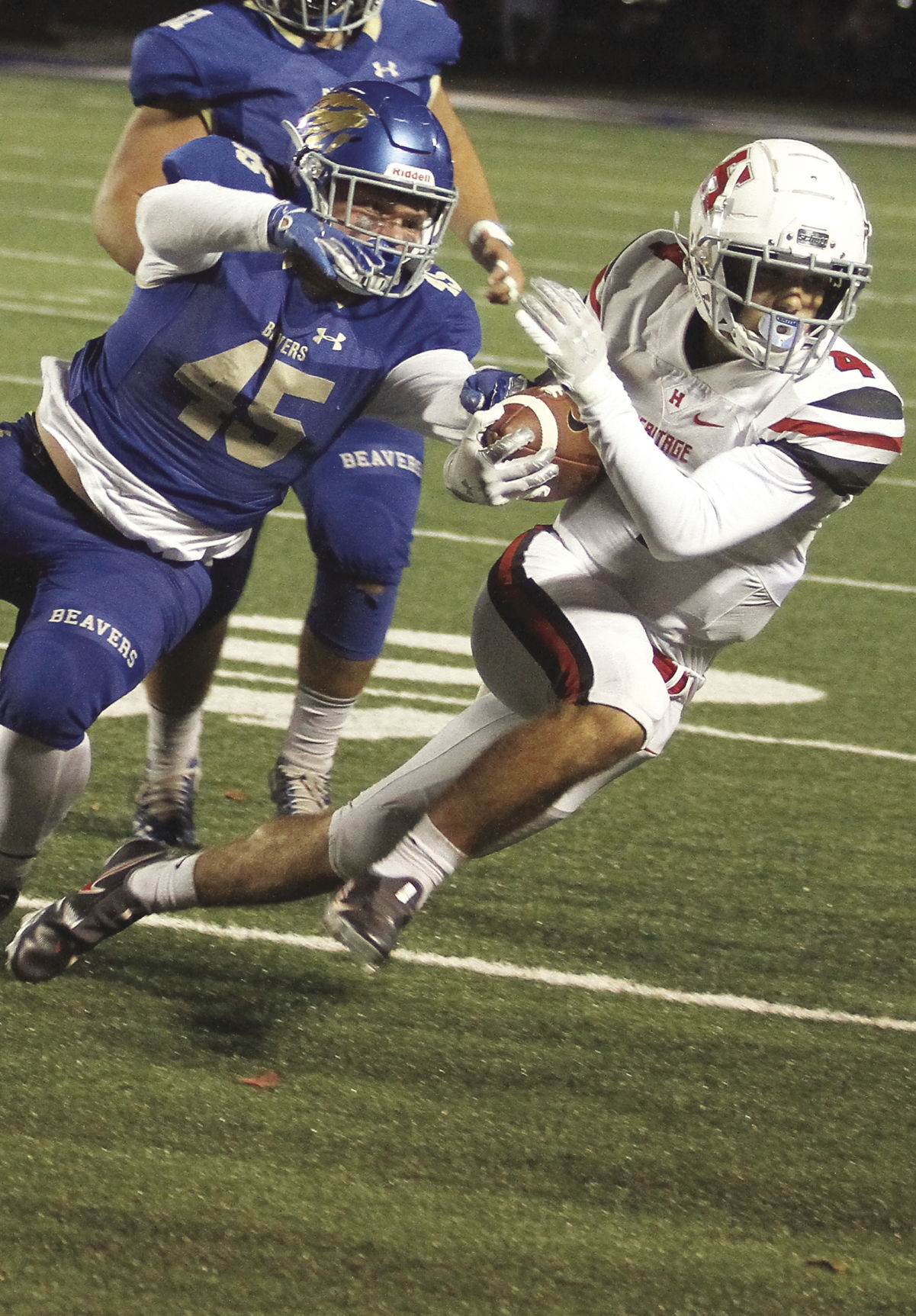 Heritage’s Triston Hurst runs past the tackle of Karns’ Zack Fisher on Friday in Knoxville. 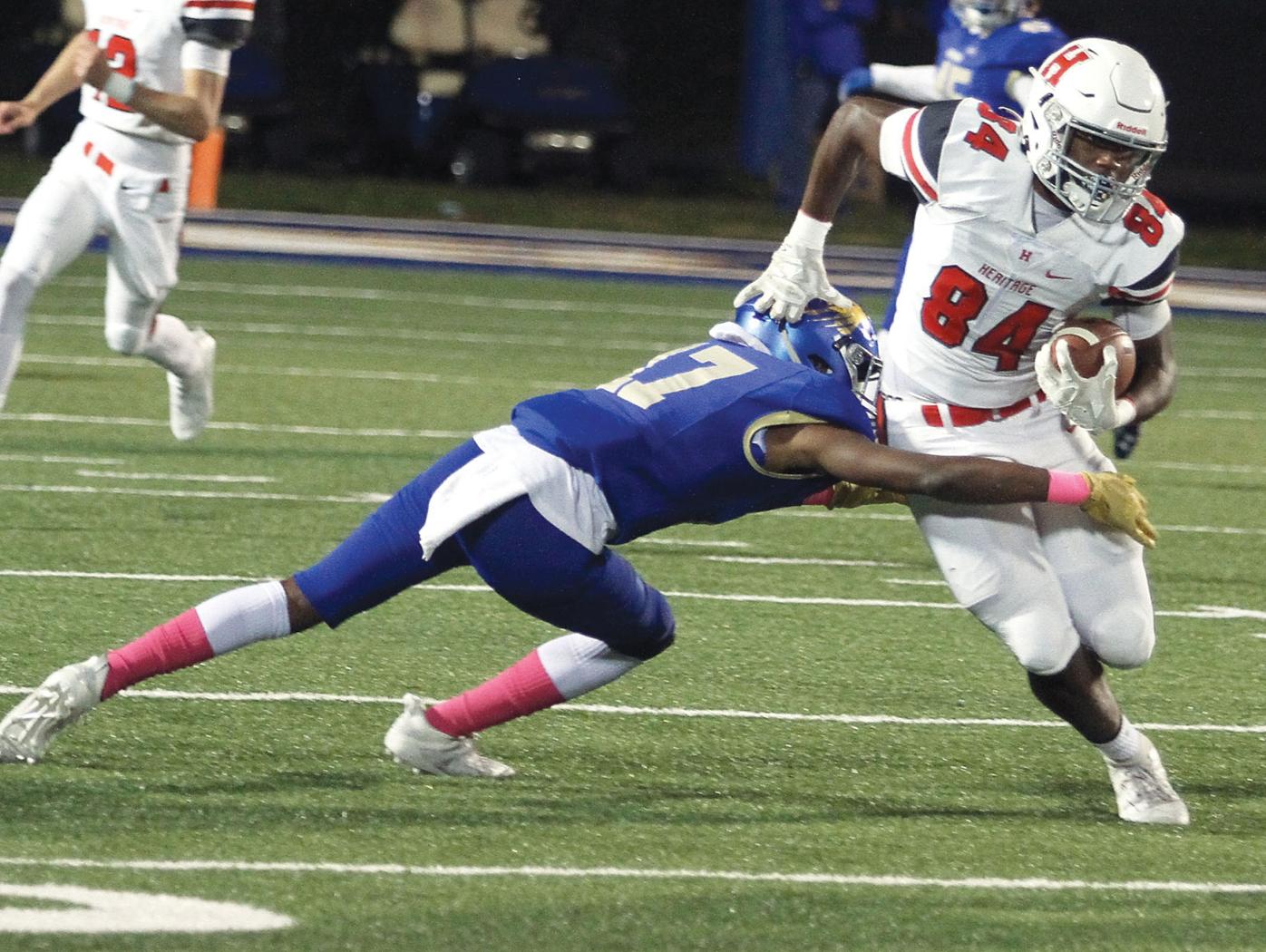 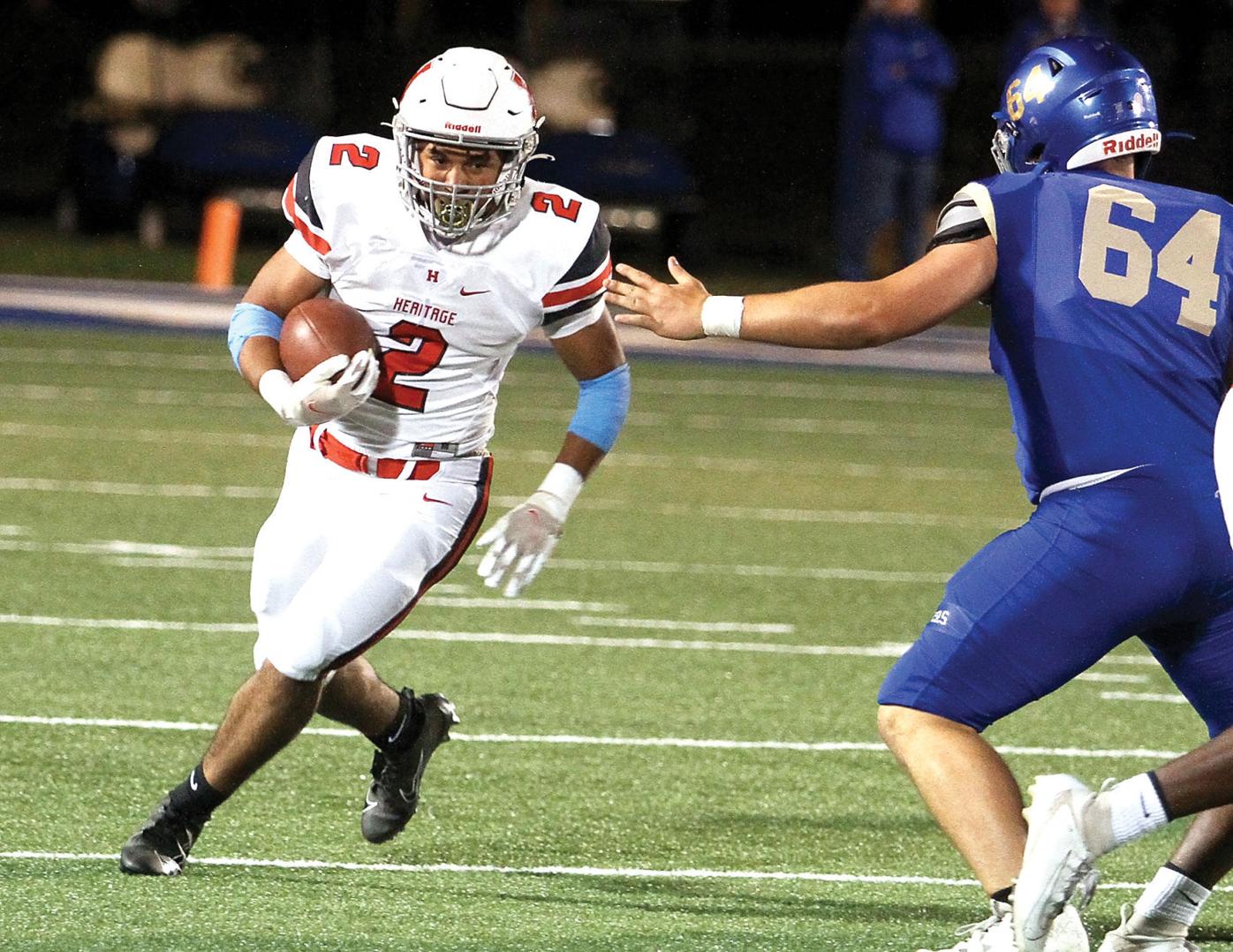 Heritage’s Dusty Reza breaks into the open chased by Karns’ Nick Wilson on Friday in Knoxville.

Heritage’s Triston Hurst runs past the tackle of Karns’ Zack Fisher on Friday in Knoxville.

KNOXVILLE — After watching film of Karns’ offense this week, Heritage coach Tim Hammontree recognized that sophomore Desean Bishop was going to present problems. He knew that a Mountaineer victory depended on his defense’s ability to contain the Beavers tailback.

That turned out to be easier said than done. Bishop produced 416 all-purpose yards and all six Karns’ touchdowns Friday, lifting the Beavers to a 40-30 victory over Heritage in Knoxville.

Hammontree declined to talk with The Daily Times after the game.

The Beavers (2-5) didn’t make their offensive game plan that much of a secret — Bishop touched the ball on 87% of Karns’ offensive plays and was responsible for 92% of the team’s total yardage. Still, it was a fruitful strategy. Bishop gashed the Mountaineers’ defense for 340 yards on 49 carries, snagged three receptions for 58 yards and even threaded an 18-yard pass to Karns quarterback Walker Lockhart. Heritage’s Justice Breazele intercepted his other pass attempt.

The good news for the Mountaineers (2-6) was their offense consistently sustained long drives, averaging 5.4 yards per play. The bad news: They didn’t convert any of their five extra point attempts. The Beavers also scored on their last possession before half, and engineered a 9-minute touchdown drive to open the second half. That also allowed the Beavers to gain separation from Heritage.

Bishop set the tone on Karns’ first offensive plays, finding a lane and outrunning Heritage’s secondary for an 82-yard touchdown. The Mountaineers’ defense settled in after that; Bishop only had four runs of 10 or more yards after his first carry. Heritage placed eight defenders in the box. Still, Bishop moved his legs and dragged tacklers forward to earn four or five yards on nearly every run

Heritage’s offense kept the Mountaineers within striking distance in the first half. On the Mountaineers’ second possession, Kobe Johnson, who led Heritage with 51 yards on 12 carries, plowed into the end zone for a three-yard score. Early in the second quarter, Heritage quarterback Zach Hollman found fullback Riley Tipton in the flat. Tipton did the rest, charging down the left sideline for a 20-yard touchdown to slice Karns’ lead to 13-12.

Bishop responded on the next drive by running behind his blockers for a four-yard score. On the ensuing kickoff, Triston Hurst weaved through Karns’ kickoff team and sprinted 73 yards for a touchdown. Heritage attempted to tie the game, but Hollman’s pass fell incomplete on the 2-point conversion.

The next two drives ultimately determined the outcome of the game. The Beavers had the ball at their own 11 with 2:13 remaining until halftime. The Mountaineers couldn’t get a stop. Bishop completed a halfback pass, connecting with Lockhart on a wheel route. He also gained 33 yards on a screen pass. He capped the drive by strolling three yards into the endzone.

Bishop received the ball on every down during Karns’ first drive of the second half, helping the Beavers march 75 yards down the field. After he finally reached the end zone on a 10-yard run, the Beavers led 44-28 with 3:01 to go in the third. They had control of the game.