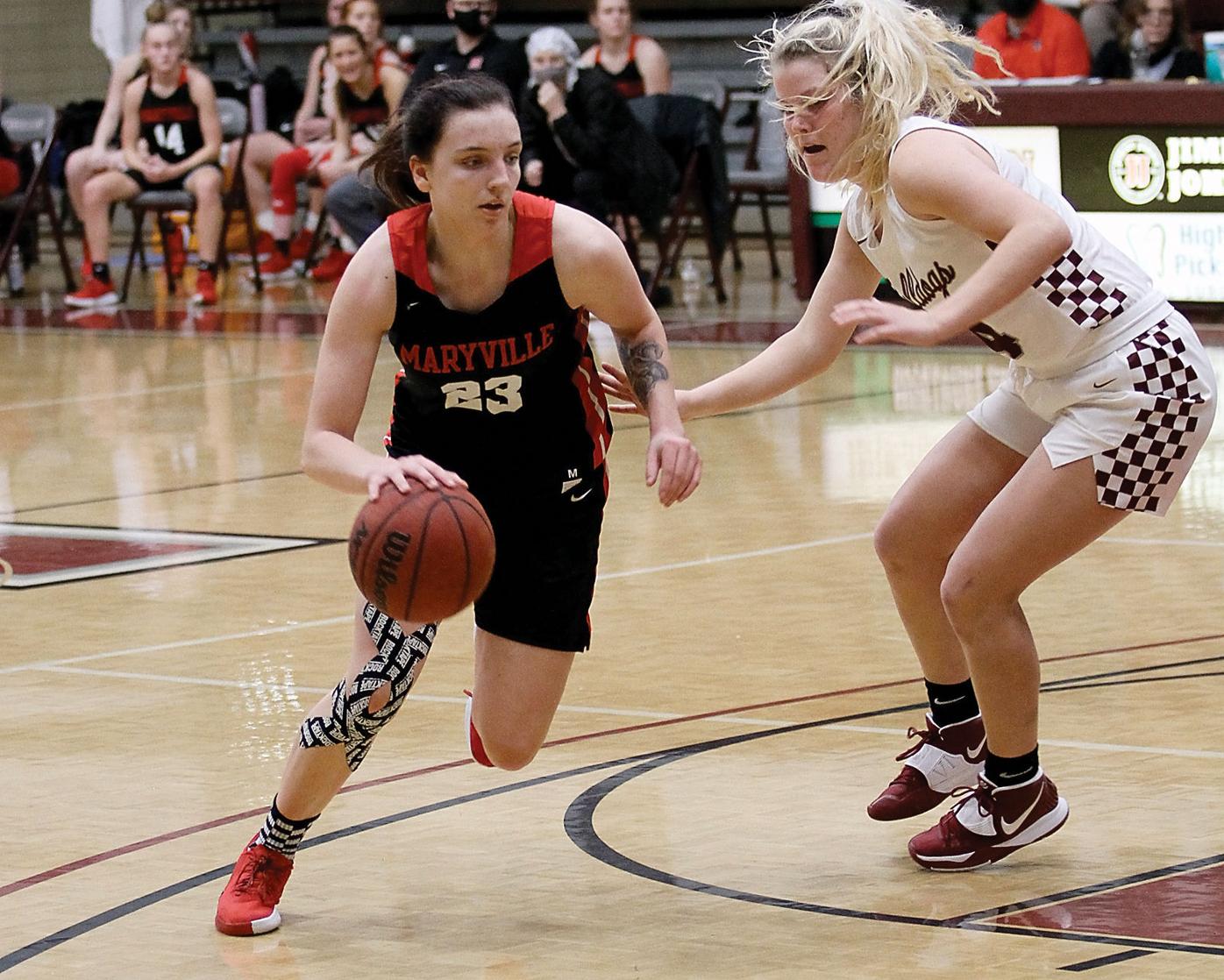 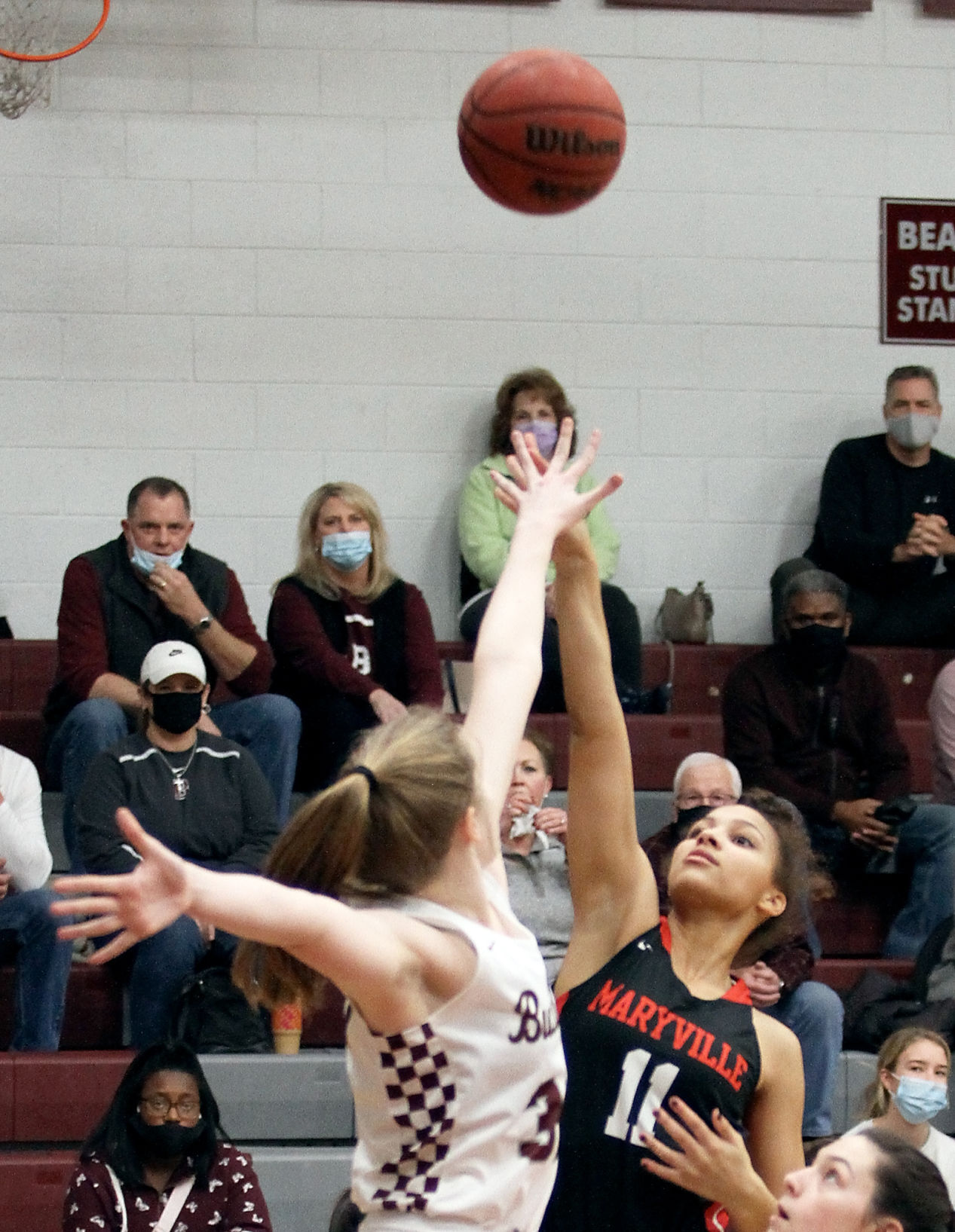 Maryville’s Aaliyah Vananda shoots over the hands of Bearden’s Avery Treadwell on Monday. 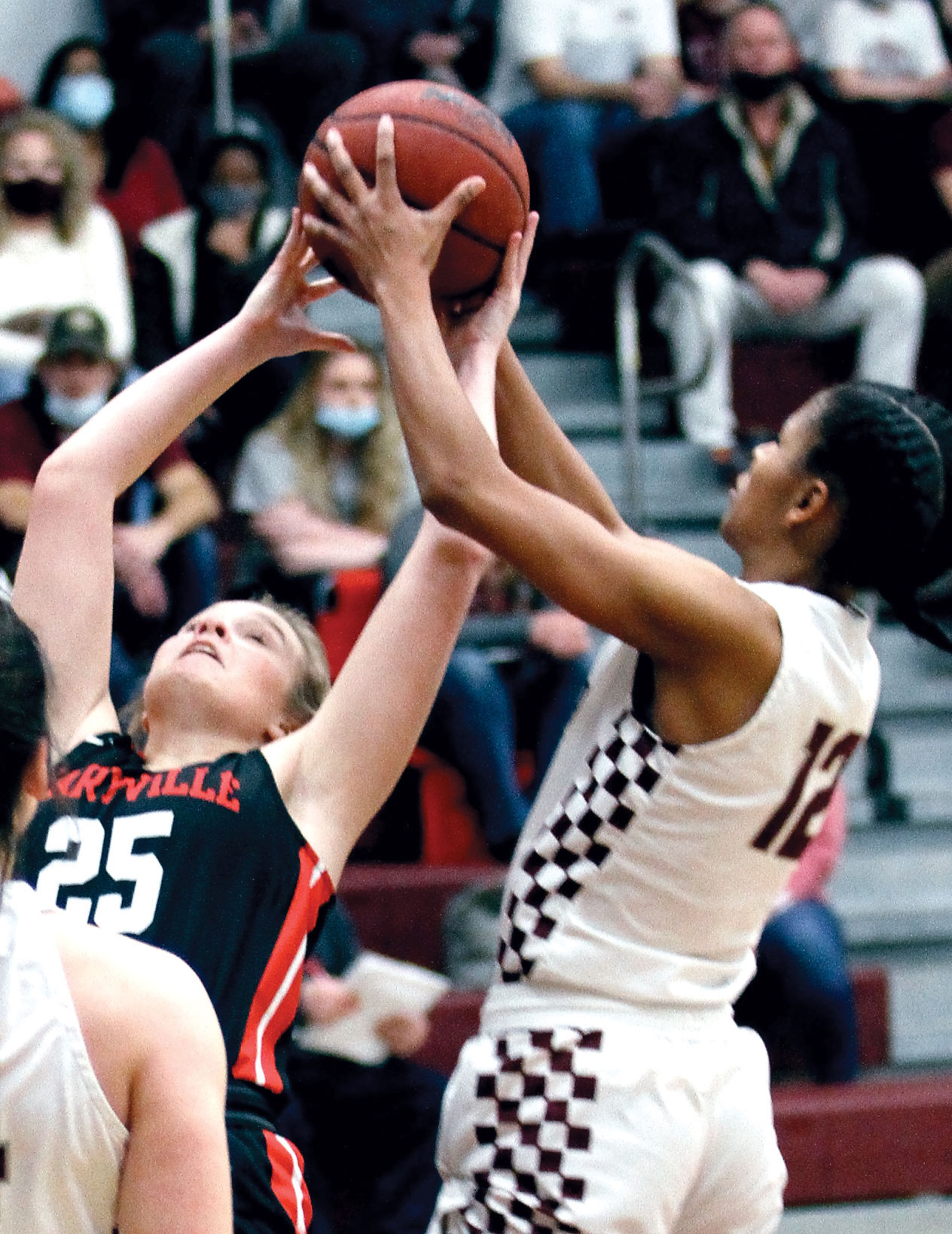 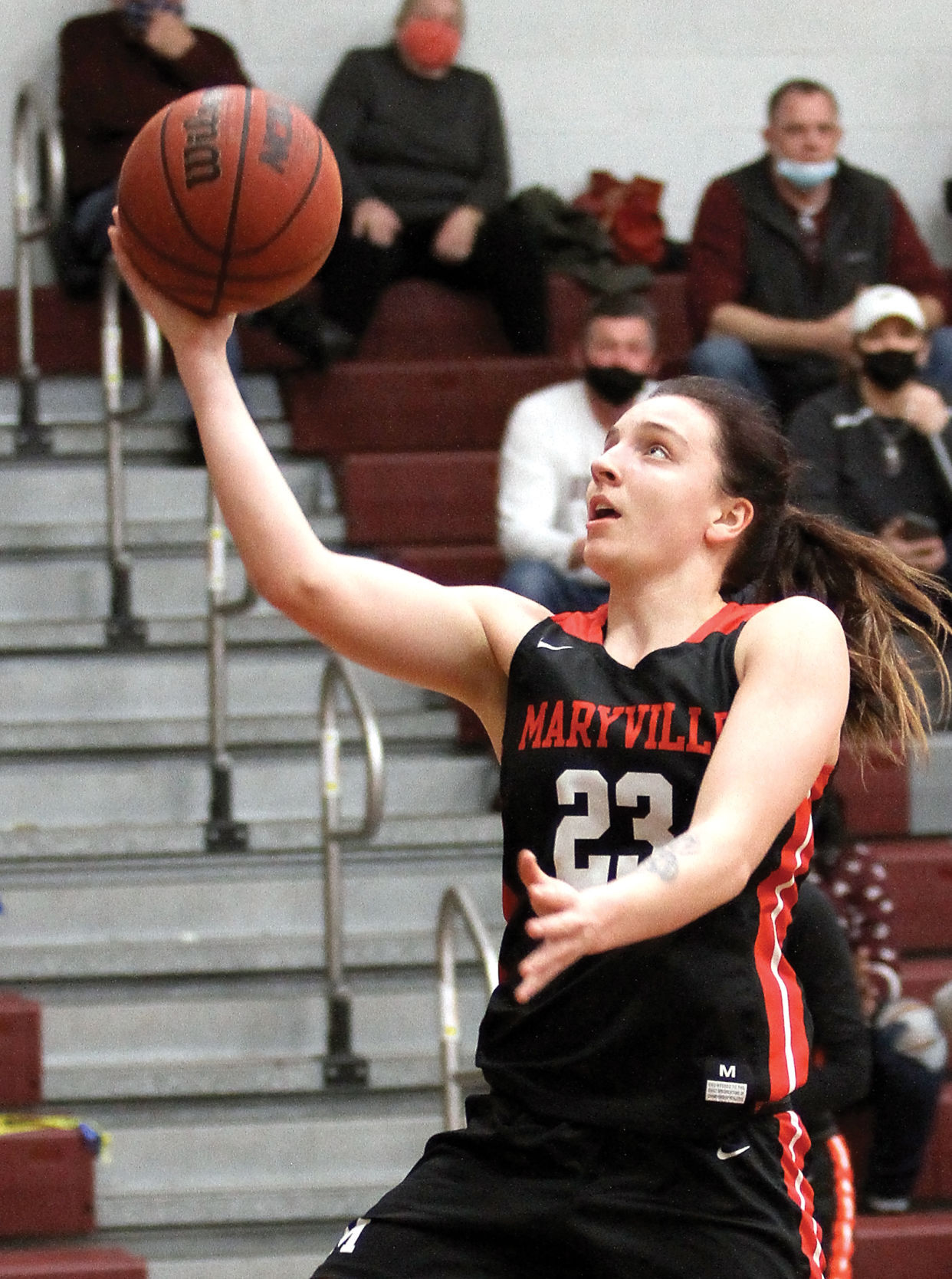 Maryville’s Aaliyah Vananda shoots over the hands of Bearden’s Avery Treadwell on Monday.

KNOXVILLE — For all its nuance, sometimes basketball is as simple as making shots.

Maryville was reminded of that against Bearden in the District 4-AAA championship game on Monday at Bearden High School.

The No. 2-seed Lady Rebels flustered the No. 1-seed Bulldogs with a full-court press in the first half but were unable to use it consistently because of an inability to score on the other end, resulting in a halftime deficit that proved too much to overcome in a 57-46 loss.

“We didn’t capitalize on (the press), and then we got a little tired when we rolled through that,” Maryville coach Scott West told The Daily Times. “We gave up so many buckets, and then it becomes a 12-point game. We could just never get that good mojo going in the first half.”

Maryville (22-5) will face Knoxville Halls, which defeated Clinton, 70-47, in the District 3-AAA consolation, in the Region 2-AAA quarterfinals at 7 p.m. Friday at Maryville High School.

The Lady Rebels did not score until senior guard Aaliyah Vananda scored on a fastbreak layup with four minutes, eight seconds remaining in the first quarter, and additions to the scoreboard would continue to be few and far between.

Maryville made seven field goals in the first half but played well enough defensively to enter the intermission with a manageable 29-17 deficit.

An uptick in aggressiveness to start the second sparked a comeback effort from the Lady Rebels, kickstarted by a 7-0 run that pulled them within five with 4:00 remaining in the third. Two minutes later, senior guard Denae Fritz split a pair of free throws to trim the deficit to 34-33.

“We attacked the rim, and that was the difference,” West said. “We couldn’t score early in the third quarter, but defensively we were really good, and I kept thinking, ‘Man, if we can just get a bucket.’ All of a sudden, we cut it to five and then eventually got it to one.

“We’re going to be OK. We knew it was going to be tough coming in, and you can’t dig the hole that we dug.”

Maryville never found a way to get over the final hump.

The Lady Rebels scored to stay within two points on six different occasions before the Lady Bulldogs reeled off a 7-0 run that sealed their second consecutive District 4-AAA championship, especially with Fritz, who scored a game high-tying 17 points, fouling out with 2:33 left to play.

The Lady Rebels were disappointed with their performance, but they know this is not the end of the road, nor is it the bout with the Lady Bulldogs that will mean the most. Maryville bounced back from its district championship loss to Bearden a year ago to win the region title en route to its first Class AAA state tournament berth since 1999.

“We want (a fourth game against Bearden),” West said. “We’ve lost all three games against them, but we had a chance to beat them at our place and we had chances in this one. They don’t want to play us again, I wouldn’t think, but we do. We’ll be fine, but right now Halls is next on the horizon.

“There is nobody left that is not good. We just have to get back to work.”