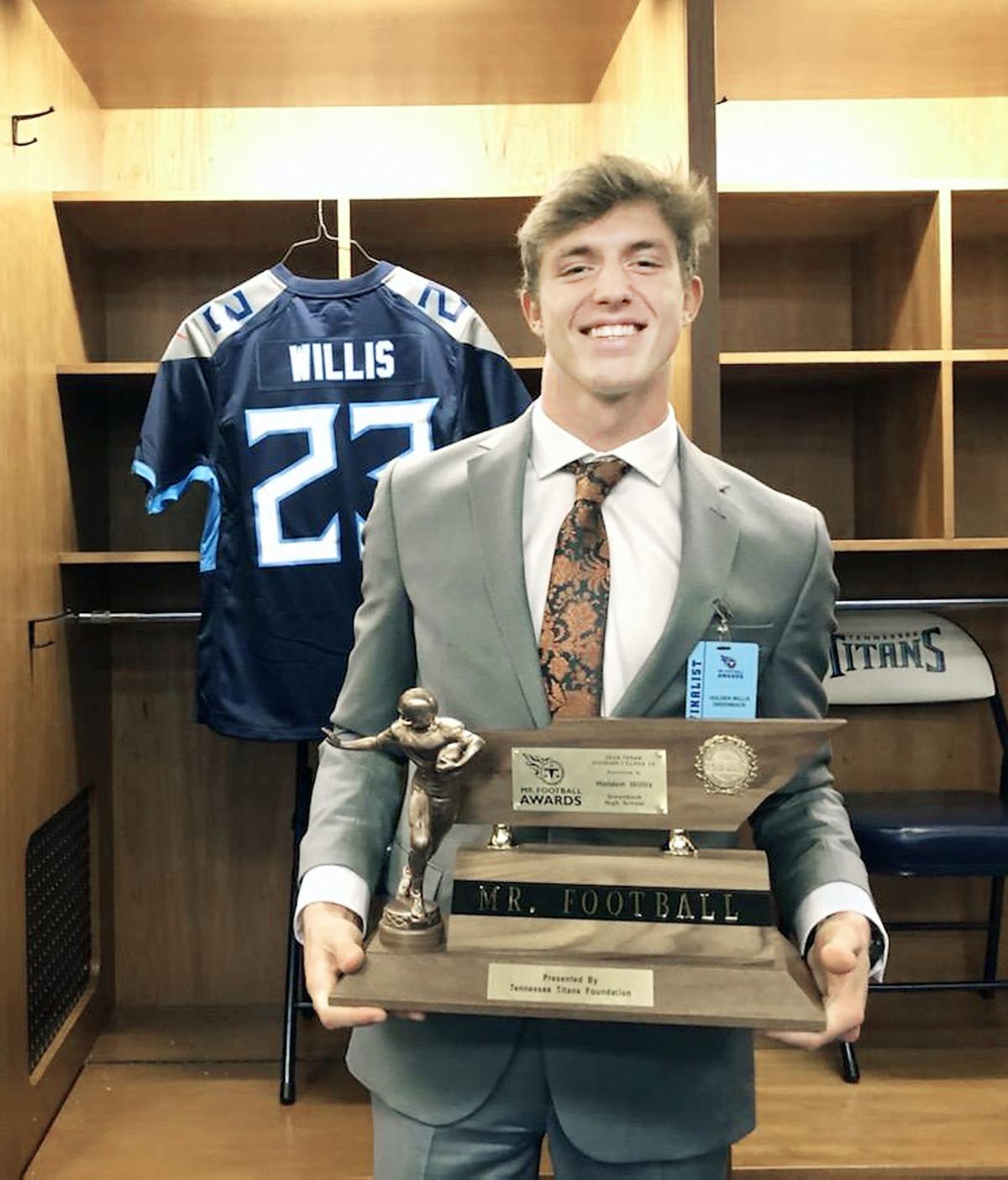 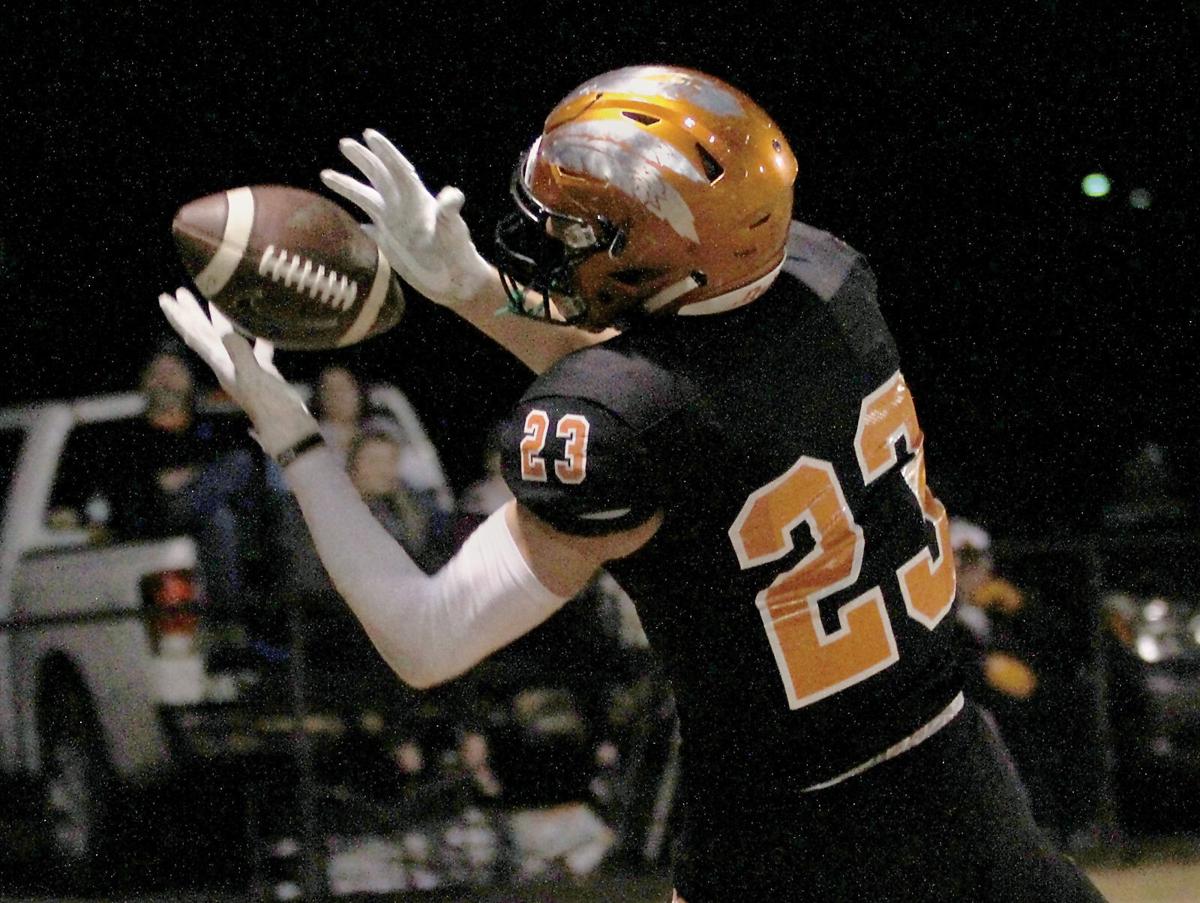 NASHVILLE — Every Class 1A team across the state knows what Holden Willis is capable of and the video game-like numbers he boasts.

The senior wide receiver is the focal point of every defensive game plan, and Greenback is more than willing to use that to its advantage, just as it did during its biggest play of the season.

Willis already burned South Pittsburg for two touchdowns in the semifinals and with a spot in the Class 1A BlueCross Bowl on the line the Pirates weren’t going to let it happen again.

It made the Cherokees’ game-winning touchdown a simple pitch-and-catch with Willis running a rub route to free senior wide receiver Duke Stinnett, who hauled in a 3-yard score from senior quarterback Braden Carnes in the final minute to cap a second-half rally.

“A lot of times we go out there and within the first two or three plays we realize that they’re double or triple-teaming me, and Coach (Greg) Ryan still wants to try and get me the ball, but I’ll go up to him and be like, ‘Hey, the backside is running man with Cover 1 over the top and he’s on my side of the field,’” Willis told The Daily Times.

Willis, however, has spent more time catching touchdowns than setting them up this season, hauling in a TSSAA single-season record 28 to surpass the mark set by Independence’s Nathan Johnson in 2015 that propelled him to being named 2019 Tennessee Titans Class 3A Mr. Football on Monday inside Nissan Stadium.

All of this seemed far-fetched six months ago when Greenback was unaware of who its starting quarterback would be, the biggest question mark in a series of problems it was facing after the departure of the winningest class in program history.

“There was a little time period there where we didn’t know what was going to happen,” Willis said. “If you had asked me then, I probably would have told you I was going to be playing quarterback this year.”

Carnes transferred from Maryville in June and allowed Willis to stay on the perimeter, but Carnes’ arrival didn’t change Willis’ role as a leader.

It was on Willis and the rest of the senior class to assimilate a quartet of new players — Carnes, William Blount transfers Wyatt Rutgerson and Blake Fields and Tellico Plains transfer Josiah Millsaps — that put the Cherokees’ back in the title picture after reaching the state championship game from 2015-17 and the semifinals in 2018.

“I wouldn’t say pressure, but I knew a lot of people were relying on me,” Willis said. “If we’re out there at practice and I’m goofing around or not listening, we’re going to have a lot of people who think our coaches are OK with it.

“I try to hold myself to a higher standard, not just for me and the team, but for the people come after so they know how it needs to be and what’s the right way to do it.”

Carnes transferred from Maryville in June and gave Willis a quarterback capable of getting him the ball, and the duo developed an instant rapport. Willis accounts for 38.3% of Carnes’ completions (72 of 188) and 42.9% of his yardage total (1,697 of 3,958).

Willis has caught multiple touchdowns in 10 of Greenback’s 14 games, and a trio of scores against Oakdale in the regular season finale put a historic season within reach. He set the record with a 54-yard touchdown in the third quarter against South Pittsburg.

“I don’t think he, nor I or anybody else could have foreseen him breaking that record, but it doesn’t really shock me because of the work he put in during the offseason,” Greenback coach Greg Ryan said. “He got himself bigger, faster and stronger because his whole goal was to win the state championship and play college football.

“Anything Holden Willis does doesn’t shock me.”

That includes being as good a decoy as he is a receiver, and he’s not done yet.

Greenback takes on Lake County in the Class 1A BlueCross Bowl at 11 a.m. CT Friday, and Willis will be an integral part in its attempt to win the third state championship in program history.

“Without him, we’re not here, but he would be the first to tell you that it’s a team game,” Ryan said. “He can’t throw it and catch it, and he can’t block for himself, but we don’t get here without him because of his leadership and his play on the field.”

Division I, Class 1A

Division I, Class 2A

Division I, Class 3A

Division I, Class 4A

Division I, Class 5A

Division I, Class 6A

KICKER OF THE YEAR

Tennessee Titans Mr. Football Back of the Year

American General Mr. Football Back of the Year