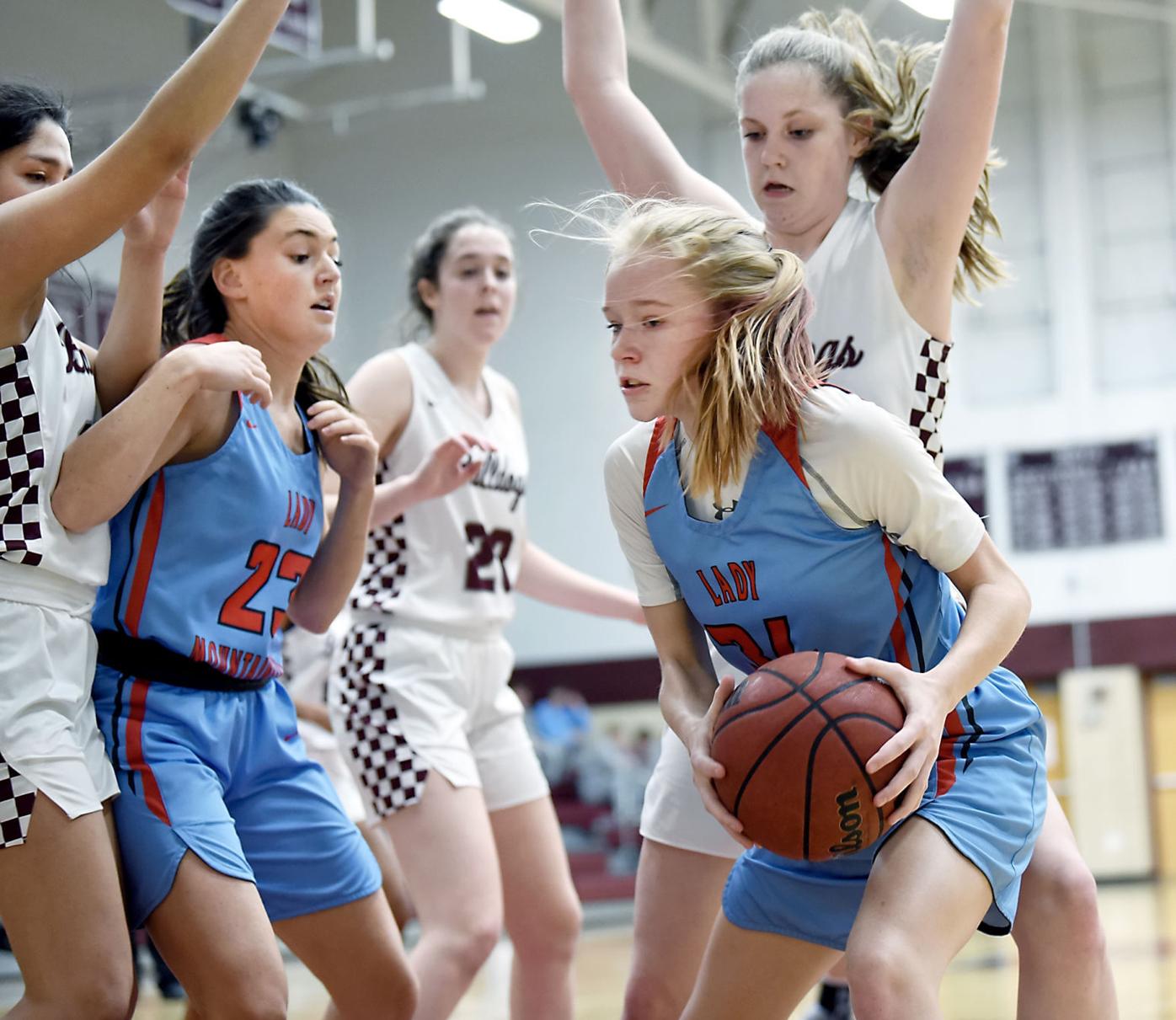 Heritage’s Lexi Patty ((34) spins away from Bearden defenders to pass the ball after a rebound in the lane during Tuesday’s loss at Bearden. 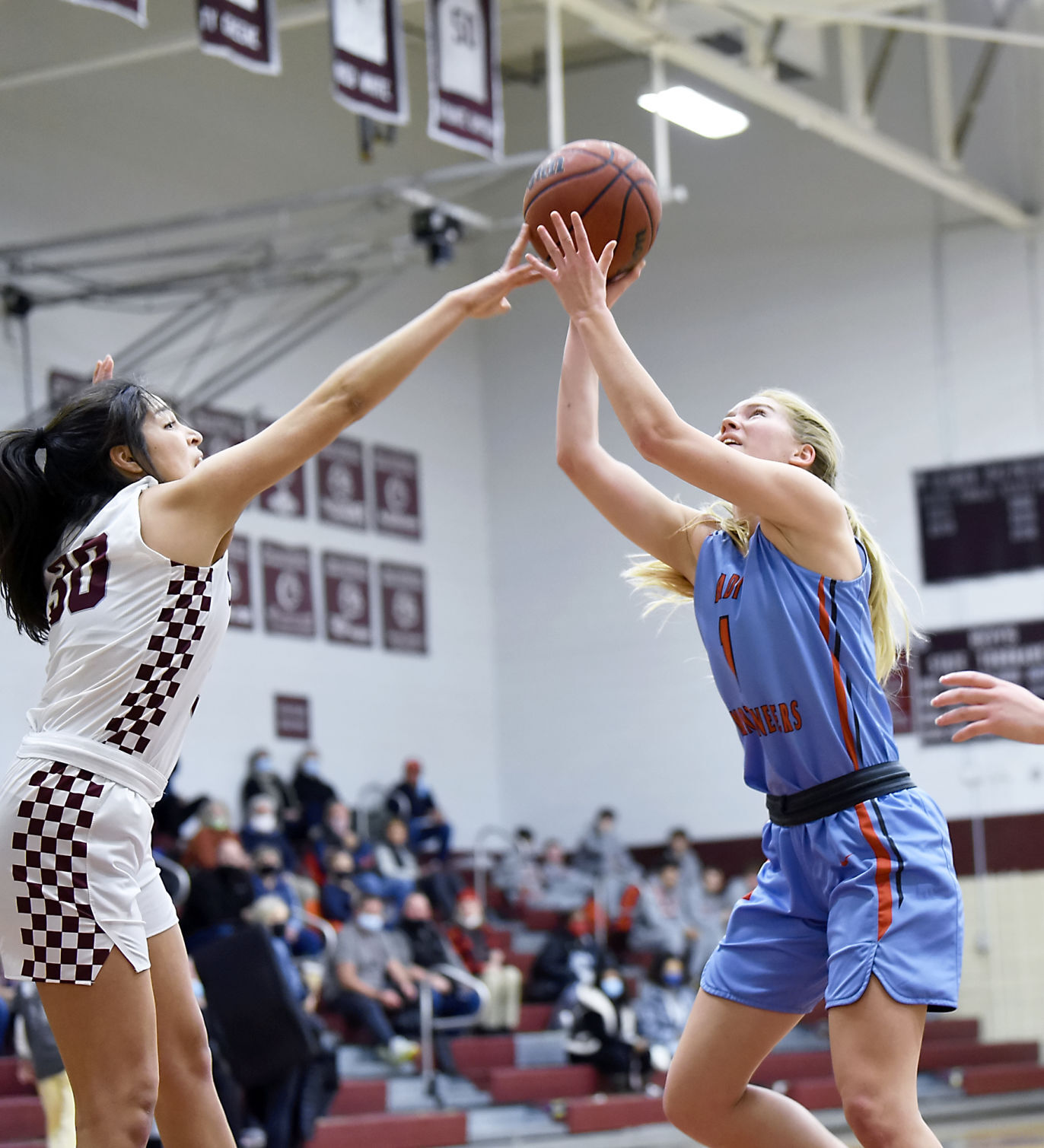 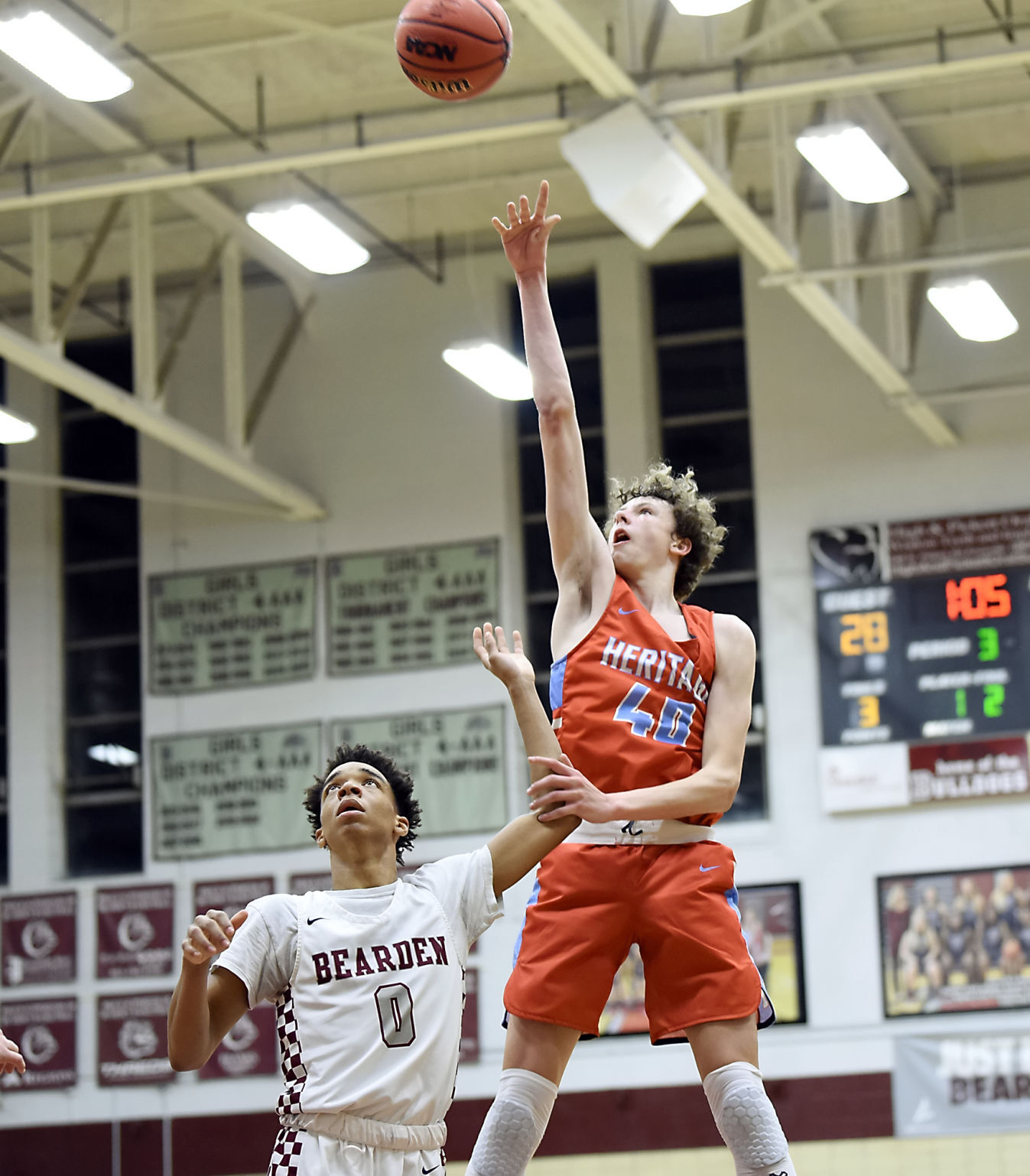 Heritage's Grant Campbell (40) rises to score over Bearden's Elijah Bredwood (0) in the Mountaineers' 65-43 loss at Bearden. 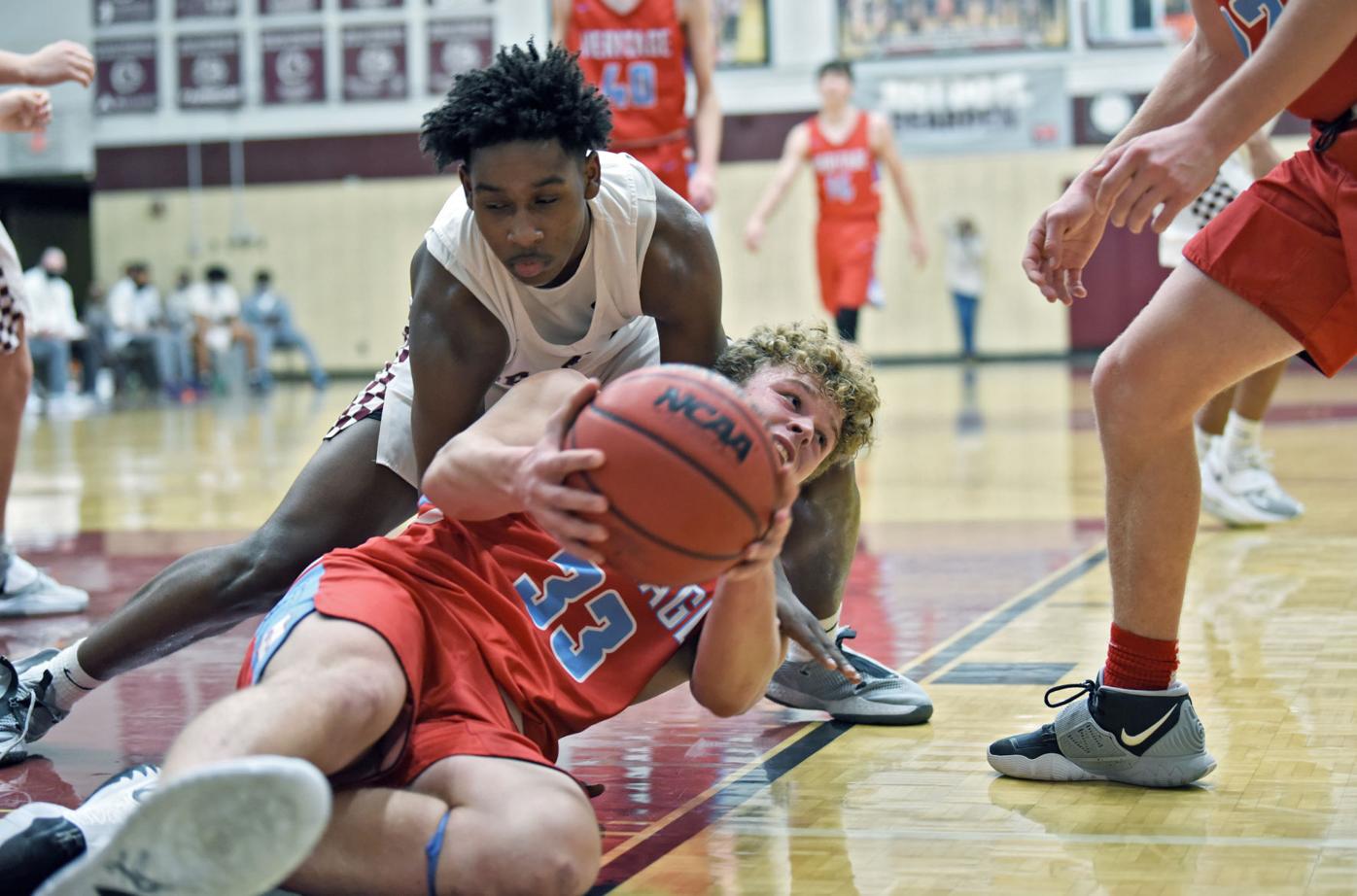 Heritage’s Ethan Golder (33) goes to the floor for a loose ball but can’t get the pass away before a foot touches out of bounds in the Mountaineers’ 65-43 loss on Tuesday night at Bearden.

Heritage’s Lexi Patty ((34) spins away from Bearden defenders to pass the ball after a rebound in the lane during Tuesday’s loss at Bearden.

Heritage's Grant Campbell (40) rises to score over Bearden's Elijah Bredwood (0) in the Mountaineers' 65-43 loss at Bearden.

Heritage’s Ethan Golder (33) goes to the floor for a loose ball but can’t get the pass away before a foot touches out of bounds in the Mountaineers’ 65-43 loss on Tuesday night at Bearden.

Both the boys and girls basketball teams dropped District 4-AAA games to the Bulldogs, with the Heritage girls losing 57-32 followed by a 65-43 defeat by the Heritage boys.

“They just forced us into bad situations, and that’s what happens when you play a good team,” Heritage boys coach Dennis Godfrey said. “They just stuck it to us.”

The Heritage boys (5-10, 1-5) nearly erased an 11-point deficit by cutting it down to three in the third quarter, but the Bulldogs (16-1, 6-0) outscored the Mountaineers 34-15 in the final 11 minutes for the win. Bearden forced 19 Heritage turnovers off of which the Bulldogs scored 16 points.

Parker Rothery led Heritage in scoring with 15 points while Grant Campbell joined him in double figures with 10 for the Mountaineers.

“With about two minutes to go in the third quarter, it looked like they kind of turned up the heat a little bit, and we didn’t do very well with that,” Godfrey said. “You regroup, forget about it and move on. You can’t dwell on it.”

The Bulldogs never trailed. They jumped out to a 6-0 lead before Rothery cut that advantage in half with a 3-pointer with five and a half minutes left in the first quarter. Bearden responded with a 10-1 run to pull ahead 16-4 over the next three minutes.

A pair of 3-pointers by Nate Marsh and Rothery cut Bearden’s lead to single digits, but the Bulldogs rounded out the scoring for the quarter with a jumper before the buzzer to pull ahead 20-10.

Marsh got Heritage going in the second quarter with a basket, which he followed up by taking a charge to give the Mountaineers back the ball. Rothery capitalized on that possession with a layup before assisting on an Ethan Golder basket that cut Bearden’s lead to 22-16 with 4:20 left in the half.

But the Bulldogs managed to close out the quarter on a 5-2 run to sustain a 27-18 lead at halftime.

Campbell shined for the Mountaineers in the third quarter, scoring six of their 14 points that frame. Two of his baskets were dunks — the second of which cut Bearden’s lead to 31-28 with less than three minutes left in the quarter.

Bearden didn’t allow it to stay a one-possession game for long. The Bulldogs responded with a 3-pointer on their next possession and immediately followed that with a steal taken in for a layup with two minutes left in that frame.

They re-established their 10-point lead with a 3-pointer in the final seconds of the quarter that put them ahead 42-32 entering the fourth, and they never allowed Heritage to get back within single digits.

“We didn’t have any fight,” Heritage coach Rick Howard said. “You have to come in here with leadership and ready to fight and, against a great team like that, if you don’t fight, you’re going to get what happened.”

The first quarter was a rough one for Heritage. Both teams couldn’t get on the board in the opening two and a half minutes, but Bearden ended its scoring drought with 5:30 left in the first quarter.

Heritage’s persisted for the remainder of that frame, allowing Bearden to enter the second quarter ahead, 16-0.

Bekah Gardner — who scored a team-high nine points — gave the Lady Mountaineers a spark 30 seconds into the second quarter with a 3-pointer from the corner, but the Bulldogs responded with four unanswered points to pull ahead 20-3 with five minutes left in the half.

From there, the Bulldogs responded to every Heritage basket with points of their own on their ensuing possessions to enter halftime ahead 31-11.

The Lady Mountaineers opened the third quarter with five straight points, including a Mollee French 3-pointer, but Bearden answered with 17 unanswered points to pull the game out of reach.

“Hopefully, we’ll rebound and my senior leaders will come back and say ‘Hey, this is what we’re going to do,’” Howard said. “‘We’re going to come in tomorrow ready for practice, and we’re going to get better.’”