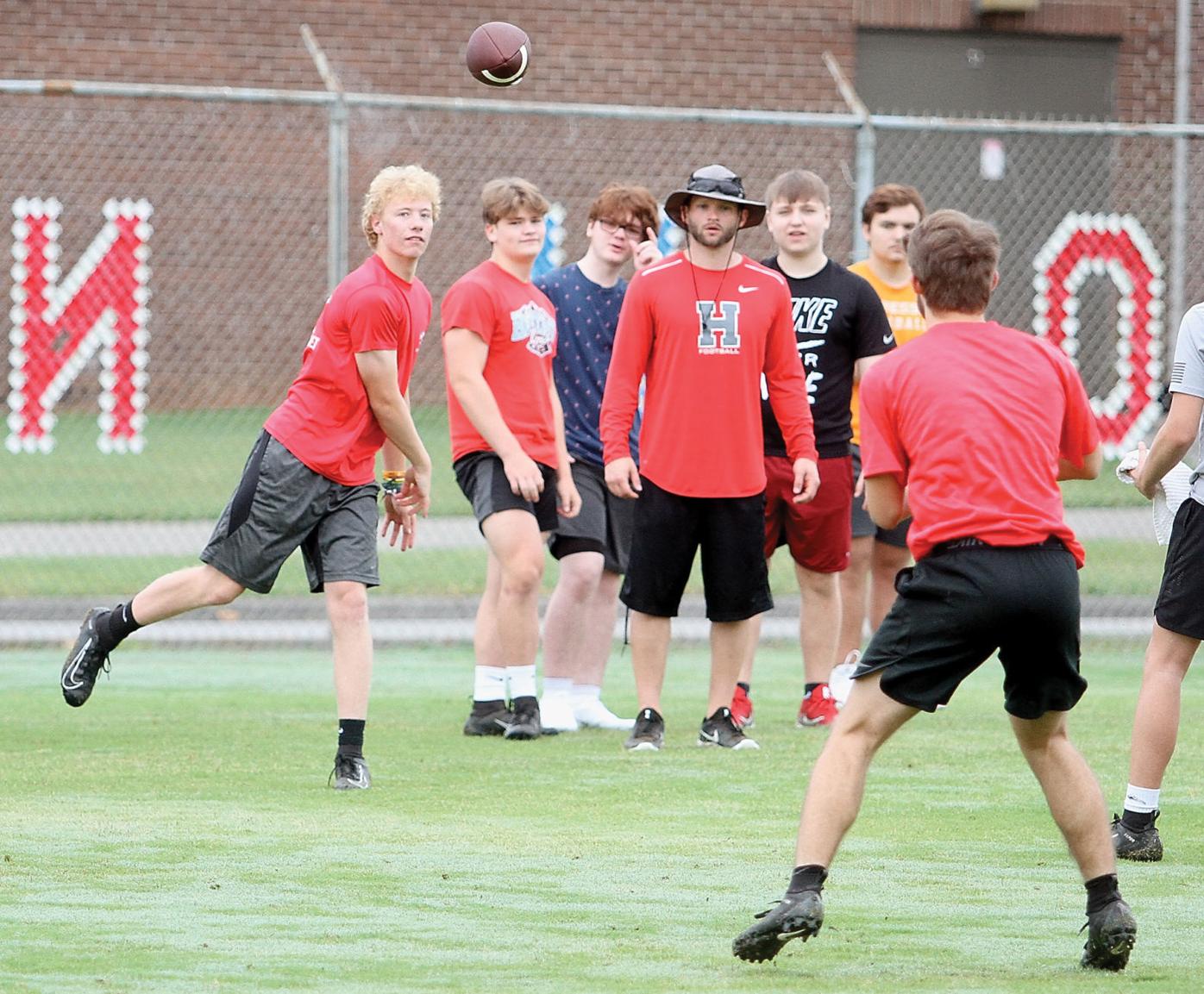 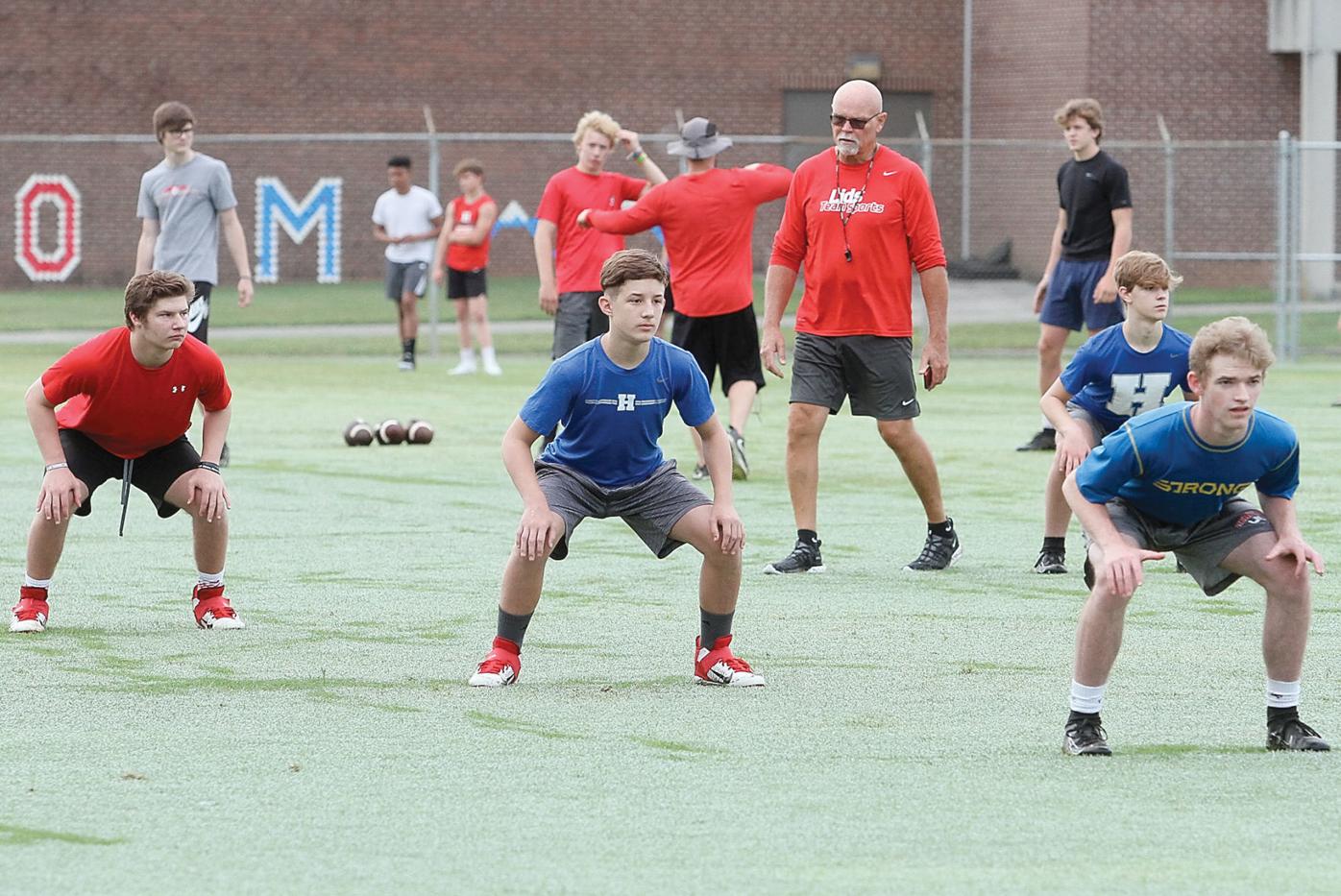 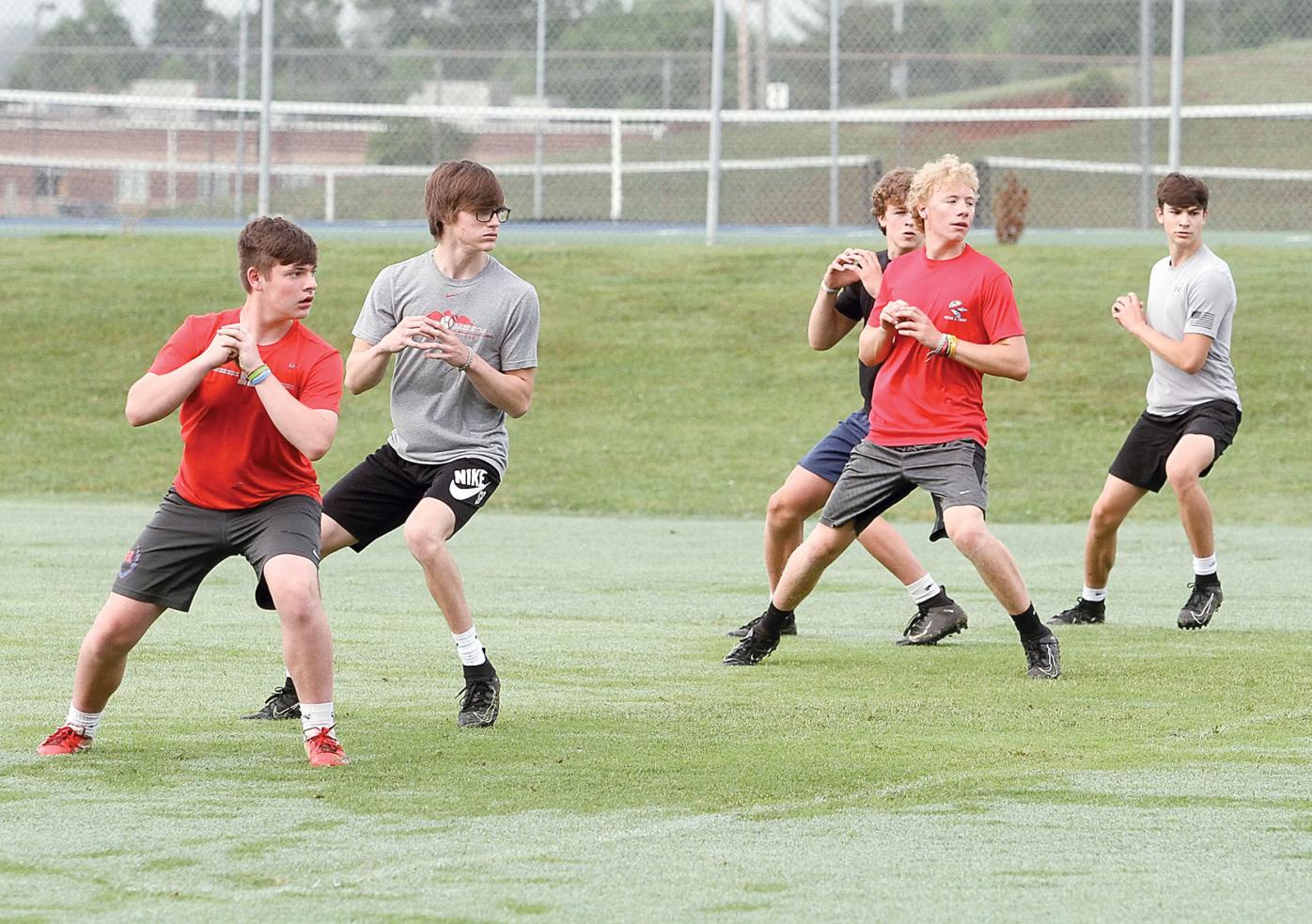 It’s early, but things are already looking up for the Heritage High School football team.

The Mountaineers got back to practice this week and, on Thursday morning, they had a record number 72 players show up, more than 20 of them seniors.

“We have a large senior class compared to what we’ve had in the past,” Heritage coach Tim Hammontree said. “We feel really good about the competition level of practice.”

Heritage is looking for its first win since September 2017. The past few seasons have been tough for the Mountaineers, who have lacked the experience and numbers to hang with most of their opponents.

This year already looks to be different.

Hammontree said if enough freshmen stick with the program, the Mountaineers may even be able to field a freshman team.

“The extra people — it just makes the practices flow better and makes everybody better,” Heritage quarterback Zach Hollman said. “There’s a sense of urgency within everybody, and there’s an excitement out there.”

Last year’s Heritage squad had five seniors, and it relied on five players to play both ways — a result of its short roster.

Still, the Mountaineers entered the season optimistic about ending their 15-game losing streak in their home opener against Lenoir City. They came up one point short when a botched snap on an extra point attempt decided the game with 22 seconds left. After coming back from two scores down, Heritage lost 21-20.

Hollman said the squad was never quite able to recover.

“That loss burned in our hearts,” Hollman said. “I do believe if we would have won that game, that would have changed the whole outcome of the year as well. That killed our confidence a whole lot.

“But, this year, I have no doubt we have the experience and the confidence to perform a lot better.”

Heritage once again will open against Lenoir City — this time on the road.

Seniors such as Hollman are especially eager to rectify that loss and reverse the stigma surrounding Heritage’s program. Many of them were thrust into big roles as sophomores, and many of them have never experienced a win.

That proved to be a source of inspiration for players when the coronavirus pandemic brought sports to a halt and shut down gyms. The Mountaineers were instructed to work out on their own, even if they didn’t have access to equipment.

Hammontree said players were assigned exercises such as pushups, situps or squats twice a day. He was pleased with their at-home progress when they returned to practice Tuesday.

“Overall, the older guys came back pretty strong,” Hammontree said. “Whether or not they were actually performing those things, we don’t know. But, when they got back here this week, it looked like they had been doing something.”

Like many Mountaineers, Hollman was eager to get back to practice. Of course, things were different from typical summer workouts. Players had their temperature taken on their way in, and they were instructed to stay 6 feet apart during drills.

What Hollman said hasn’t changed is the team’s priorities to focus on day-to-day tasks and play for each other.

“It’s most fun playing alongside teammates that you care for,” Hollman said. “Everyone is always talking about how we haven’t won in so long, but focusing on that eliminates your chances of being positive. ... We’re so hungry. We’re just ready to go out there Week 1 and show improvement.”

erms on Twitter for more from sports reporter Taylor Vortherms.