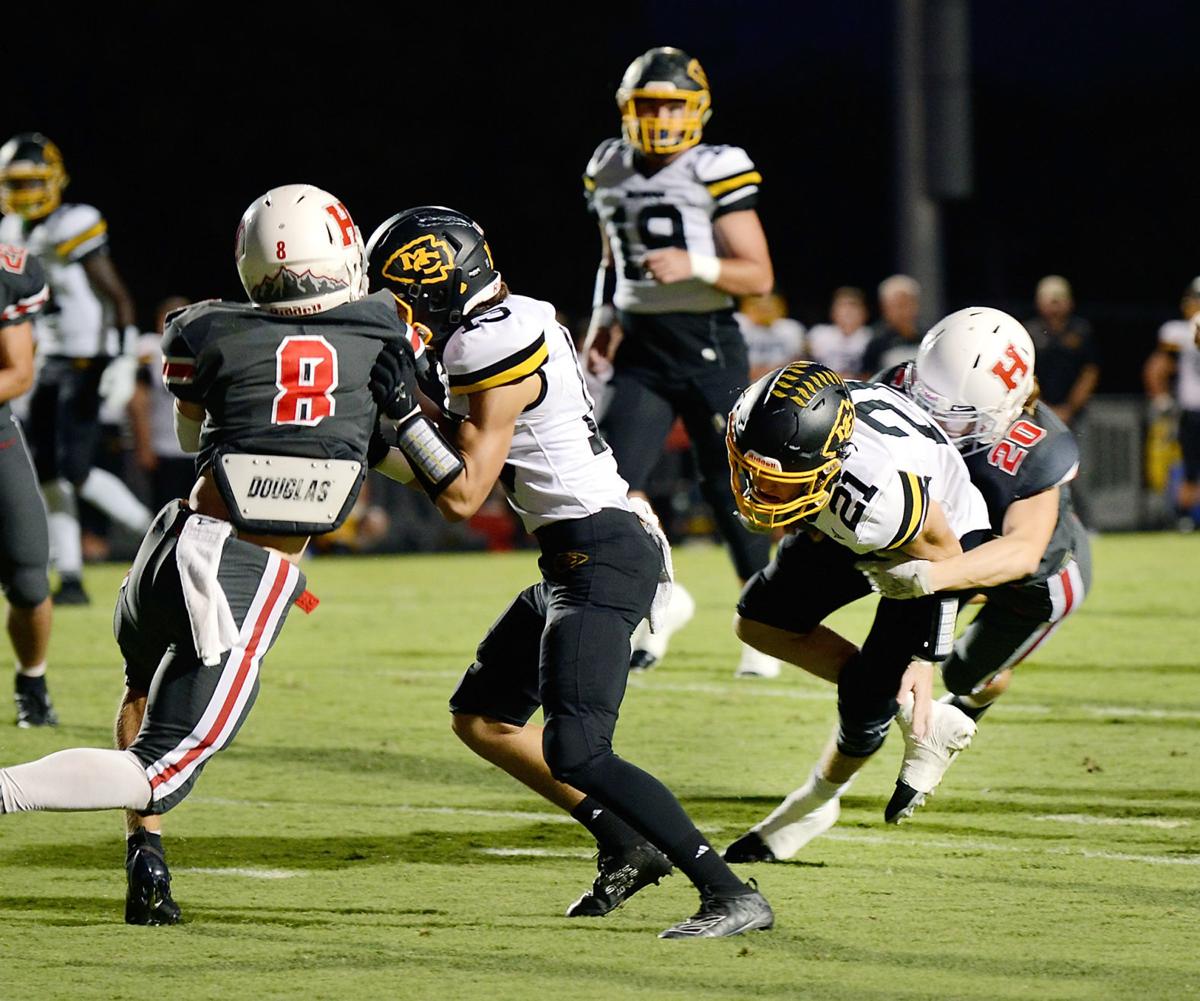 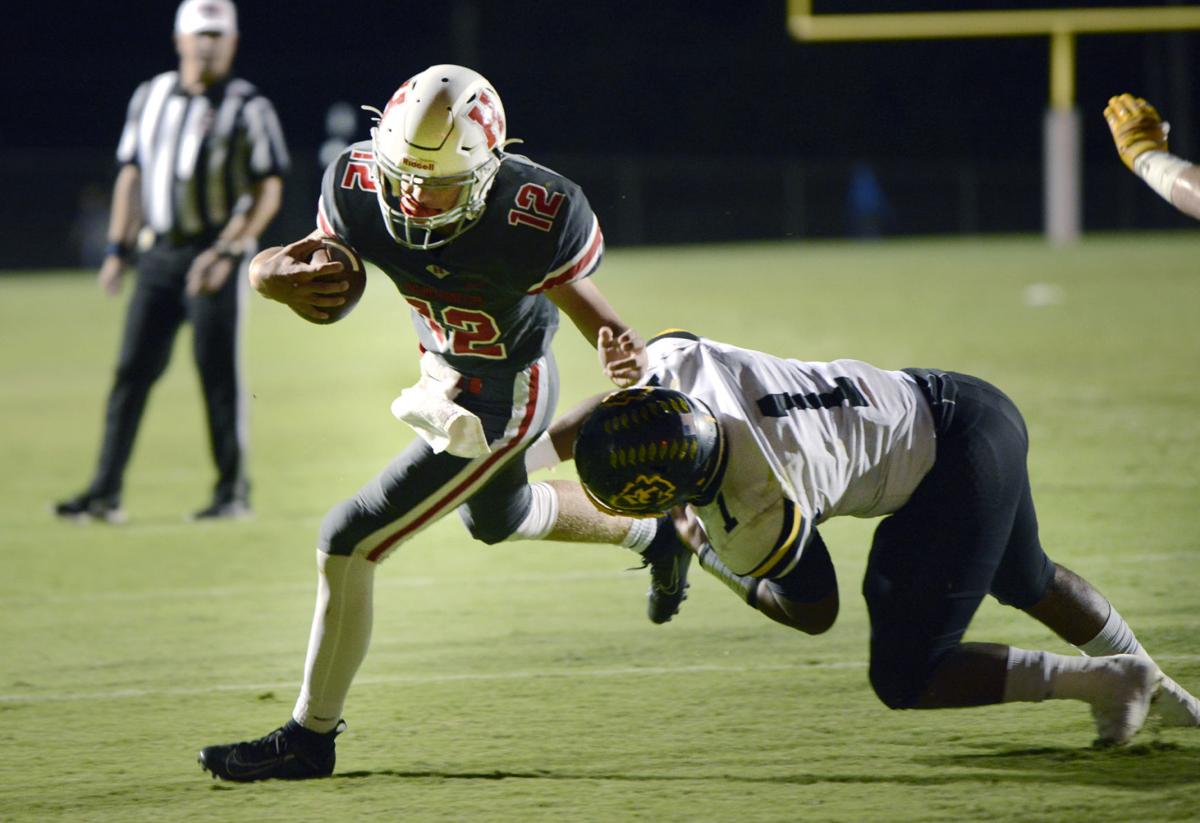 Heritage’s Zach Hollman (12) tries to get to the corner against McMinn County’s Jalen Sharp Friday night at Heritage.

Heritage’s Zach Hollman (12) tries to get to the corner against McMinn County’s Jalen Sharp Friday night at Heritage.

Heritage is struggling to find its first win this season, but coach Tim Hammontree is emphatically proud of how his players keep working to improve.

“Let’s put it this way, to make sure people understand it,” Hammontree said. “While practicing over fall break, we found that there are plenty of our players willing to put forth team effort when they could be somewhere else.

The Mountaineers (0-7) hope that the effort leads to victory Friday against Karns (1-6). The Beavers also come into Jack Renfro Stadium gnawing for a win, having tasted victory just once when they beat Fulton 28-20 three weeks ago.

It’s difficult to predict whether the game will be high or low-scoring. The Beavers like to throw, while Heritage prefers the running game and long sustained drives.

Veteran coach Brad Taylor, who led Bearden to a 54-28 record from 2007-2013, is in his fourth year at Karns. Taylor has not yet replicated the success he had at Bearden. The Beavers last enjoyed a winning season in 2011, going 6-5.

“(Karns) runs a triple-receiver set,” Hammontree said. “They spread the field out and throw the ball on the edge a lot. “They don’t make a lot of deep throws because their short throws are good enough. The receivers are athletic enough and really good after the catch.”

Freshman back Desean Bishop accounted for three of the four touchdowns in the Fulton win. The top receivers Hammontree and staff noticed in film study included Austin Sample and Trey Hawkins.

“We prefer to keep them throwing short range,” Hammontree said. “Their offensive line has done a good job on sprint-out protection, so the best thing for us to do is back-side pressure. We’re hoping we can get to (Tucker) before he turns that thing loose.”

When Heritage has the ball it needs to keep the ball. Sustaining drives will be key to success.

The Mountaineers have made some personnel changes to beef up the running game necessary for that success. Along with shuffling some positions up front, the Mountaineers have changed the jersey number for former lineman Tanner Payne, moving him into a blocking or H-back role.

“Ball control is the key for us to stay in any game,” Hammontree said. “We’re hoping we can control the ball and keep it on our side for a while.”

Hammontree knows Karns represents a good chance for Heritage to break a winless streak that goes back to September 2017. After Karns, the Mountaineers host Ooltewah (3-6) and then finish the season visiting Maryville (7-0).

“This will be one of our opportunities to come away with a win here at home,” Hammontree said. “We just want to make sure that coming to a game on Friday night is still the most important thing that you can do while you are in high school. We want to make sure that we put the best guys out there to do the best to represent our school and our student body.”

WHO: Karns at Heritage