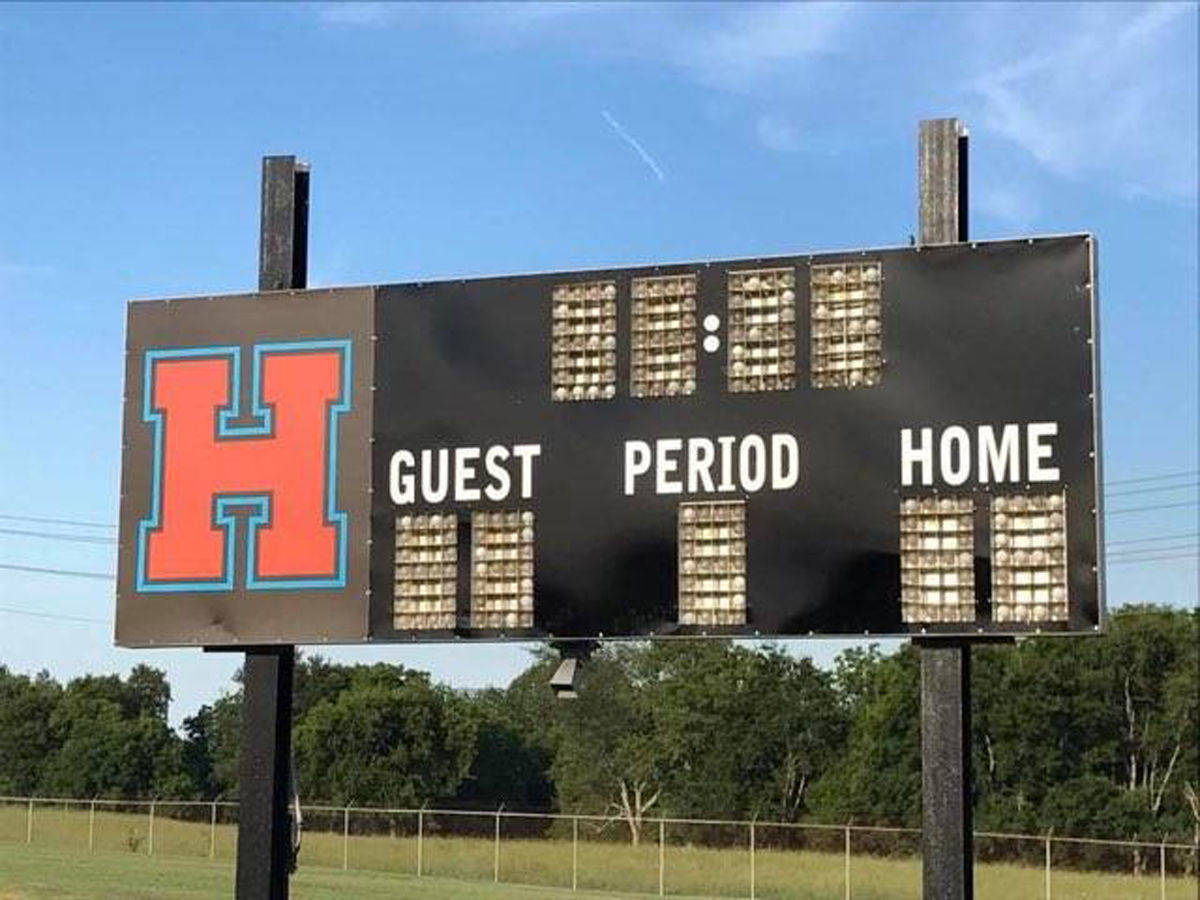 Heritage has revamped its scoreboard, which worked sporadically when girls soccer coach Andy Byrd took over the program five years ago. 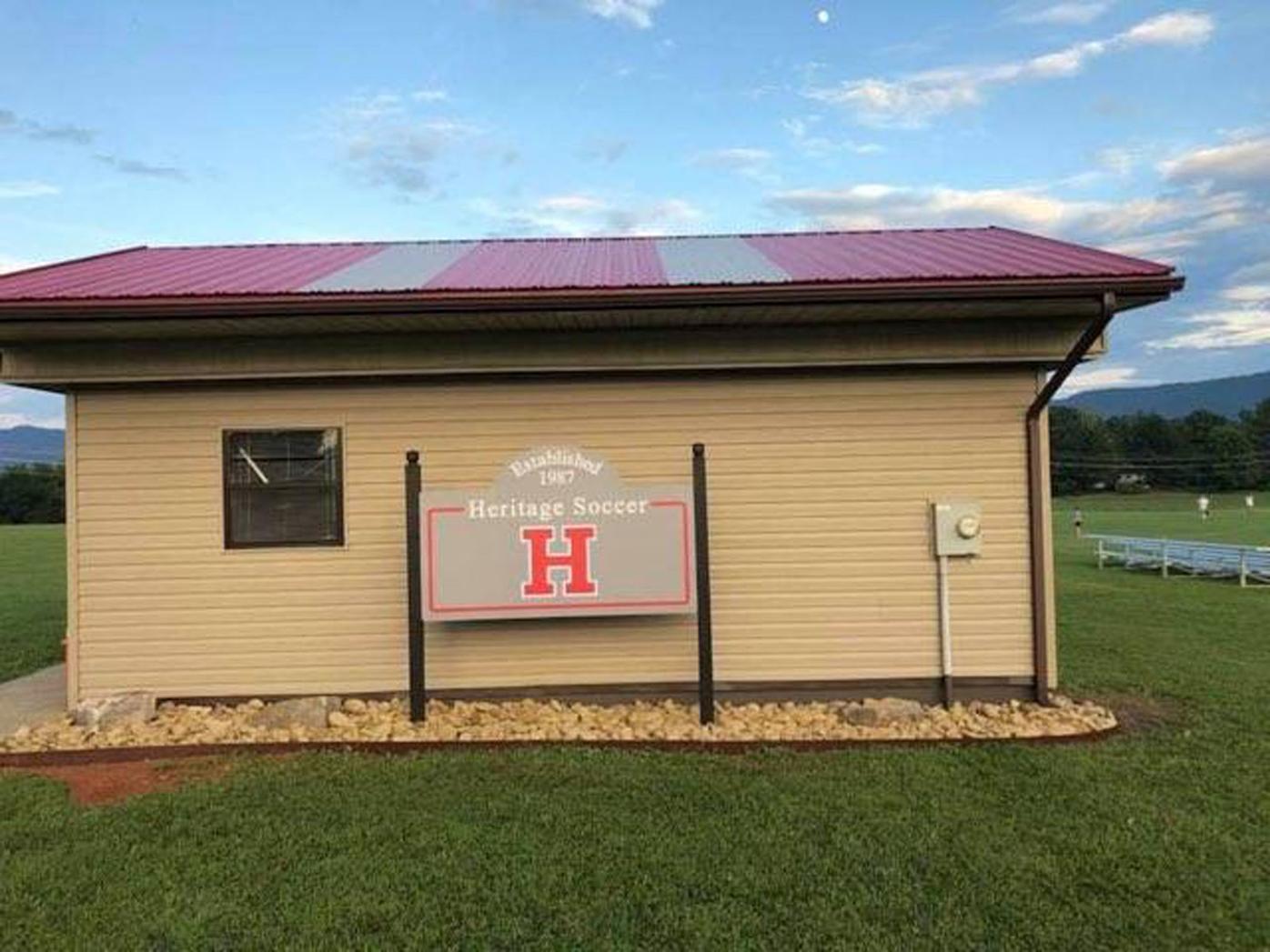 Heritage revamped its soccer clubhouse, which involved roofing and painting it as well as installing lockers, a refrigerator and shelving. 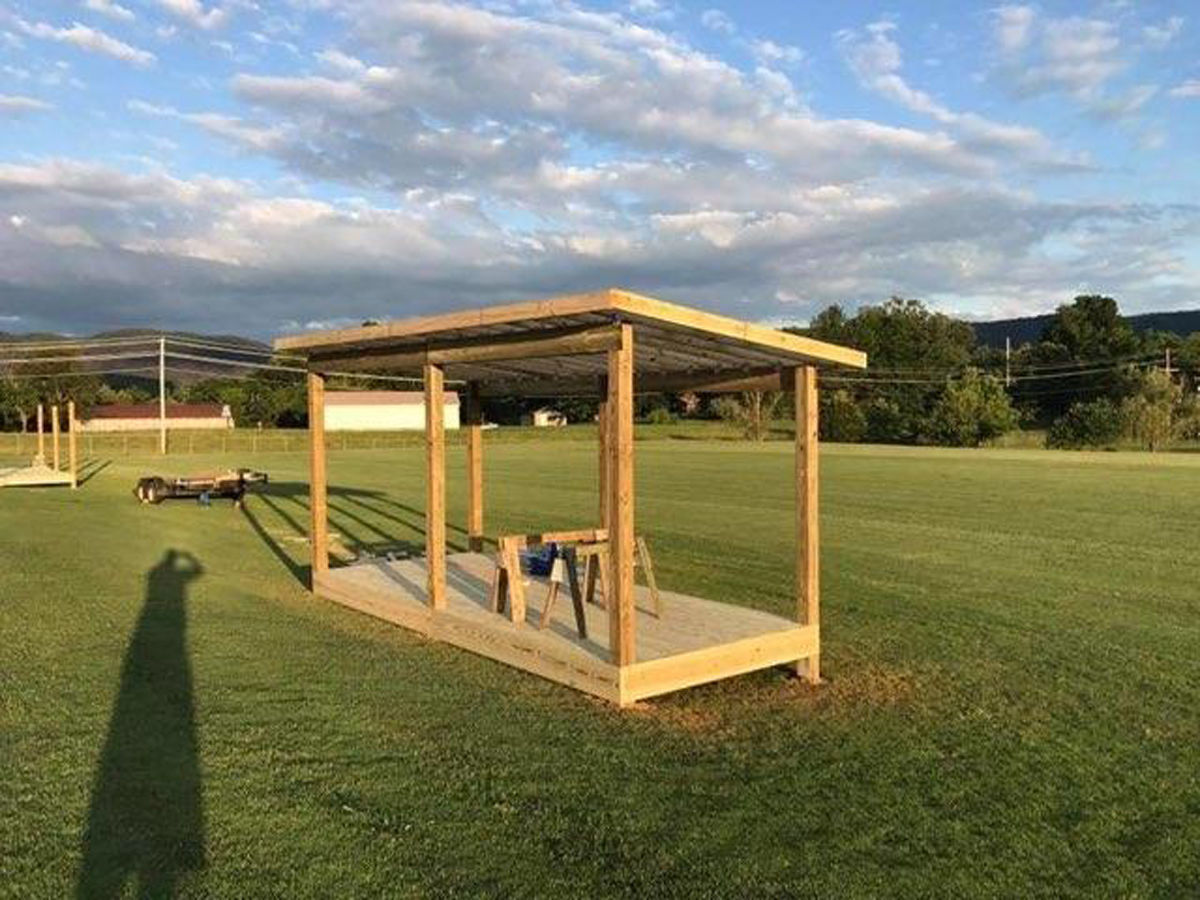 Heritage has made a number of improvements to its soccer facilities over the last five years. Among them were benches with awnings to shield players from the elements.

Heritage has revamped its scoreboard, which worked sporadically when girls soccer coach Andy Byrd took over the program five years ago.

Heritage revamped its soccer clubhouse, which involved roofing and painting it as well as installing lockers, a refrigerator and shelving.

Heritage has made a number of improvements to its soccer facilities over the last five years. Among them were benches with awnings to shield players from the elements.

When Andy Byrd took over the Heritage girls soccer team five years ago, he said it was a bit of a culture shock.

Byrd had previously coached for almost two decades at Cleveland, where he said facilities were topnotch. That wasn’t exactly the case for the Lady Mountaineers.

“We had a little building that had power to it, but that was really it,” Byrd said. “It was destitute.”

The field on which Heritage plays now hardly resembles that one. Heritage has made great strides in improving its soccer facilities, but Byrd said it’s far from finished.

Since 2016, Heritage has added fencing — on which the team can hang signs — a flagpole, backstop netting, a press box, an equipment shed, speakers and an audio system. It also revamped its locker room and scoreboard and replaced the bleachers, goals and benches, which now have awnings that shield players from the elements. Byrd said these projects were, for the most part, family driven.

All of those improvements have made life much easier for the Heritage teams.

Senior Katlin Burger said, thanks to the backstop netting, balls are no longer rolling into the street. Their new goals have wheels, which has turned an eight-person job of carrying them onto the field into a two-person task, and the new shed allows players to store their equipment in there rather than in their locker room or outside.

“It was just a hassle — a lot more work than it had to be,” Burger said of operations, pre-upgrades. “It just makes a bunch of things easier for us.”

The Lady Mountaineers also got new uniforms Burger’s freshman year, and they’re slated to do so again this season. Byrd said that, when he arrived to Heritage, the team’s uniforms were old as well as inconsistent in design with each other. Burger was certainly grateful for the upgrade.

“You don’t want to wear old uniforms every year,” Burger said. “We got new ones and it was like, ‘Oh, we’re Heritage.’ … We can show off our colors and stuff. We look good and we feel good — it’s a big improvement.”

It appears to be paying off. The Lady Mountaineers haven’t had a losing record their last three seasons, and they notched a program best wins in 2017. That came on the heels of winning five games over a three-year span (2013-15).

As Heritage’s leading scorer with 70 goals in three seasons, Burger has played no small role in that recent success.

“It definitely just shows that our program is growing and that we are improving,” Burger said. “It just helps us get better as we go along each year.”

Still, plenty of work remains on the agenda — the most important of which is adding stadium lights. Without them, Heritage has had to schedule its games earlier than other Blount County teams to account for sunset. On a handful of occasions, Burger said games have had to end early because it got too dark to play. Playing earlier in the day also means hotter temperatures.

“That’s the time where the sun is really bearing down on you,” Burger said. “The temperature affects us quite a bit, but we fight through it.”

Byrd said adding lights would do more than just improve playing conditions. It would allow for scheduling that attracts spectators beyond just ones with a vested interest in a certain player.

“When you have lights, it shifts the culture,” Byrd said. “It becomes something to do beyond, ‘We’re going to go watch this game because our kid is playing.’ … Even if it’s a losing season, kids still go and support activities at night at their school because it’s fun.”

The lights, which are quoted to cost somewhere between $80,000-$150,000, are just the beginning of Byrd’s vision. By 2030, he aims to build a $15,000 bleacher system as well as a multipurpose building that includes concessions, locker rooms, a coach’s office and public restrooms. Short term goals include adding signage to better direct visitors, installing drainage from the bleacher side, constructing a gradual retaining wall and extending the field.

By 2022, objectives are to repair the drainage from midfield and introduce water and plumbing to the field.

“The kids are excited now — there’s kind of a buzz in the halls,” Byrd said. “At the end of the day, it’s not about winning or losing. It’s about creating an experience for any kid who wants to play soccer.”

Burger has certainly appreciated the progress. She described the program’s facilities — or lack thereof — her freshman year as “pretty iffy.”

“Then, I get to my senior year and I’m like ‘Wow, a lot has changed,’” Burger said. “We’ve come a long way to have all this stuff put in for us. We get better practices — better seasons out of it — and we’re just very grateful.