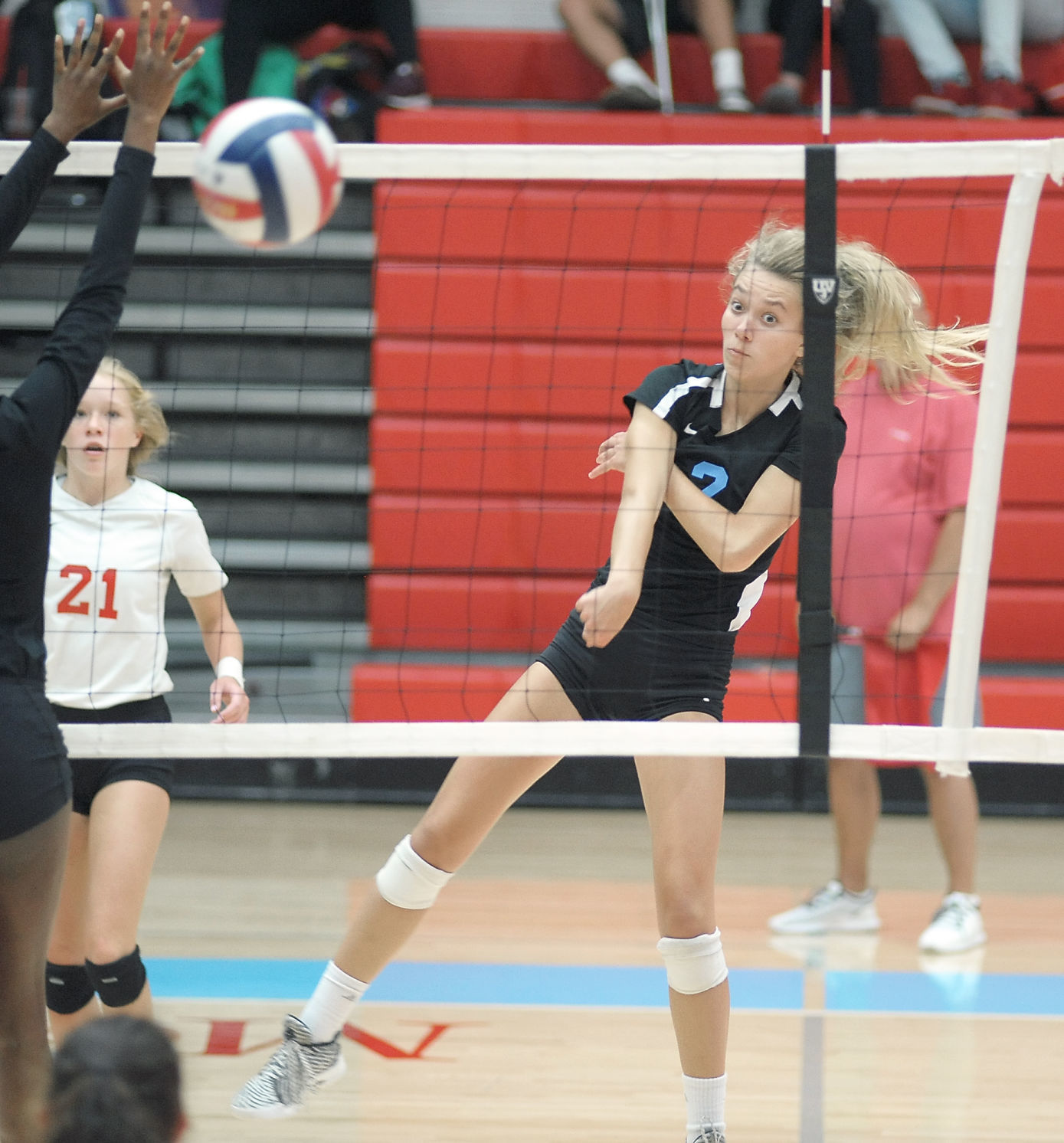 Heritage’s Kailey Keeble (2) drives a shot down the line for a point against Alcoa Monday night at Heritage. 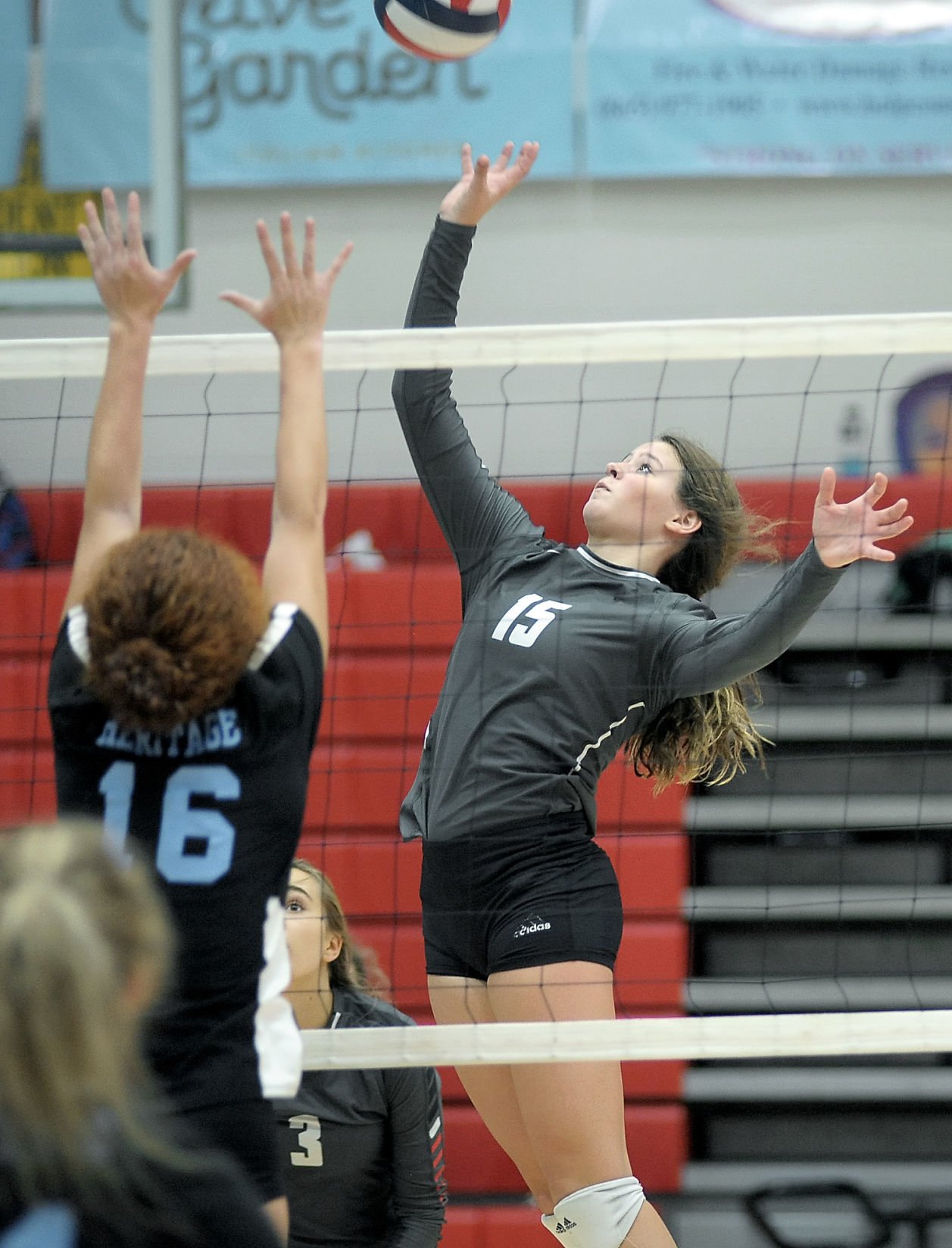 Maryville’s Kylie Hopkins with a shot at the net against Heritage Monday night. 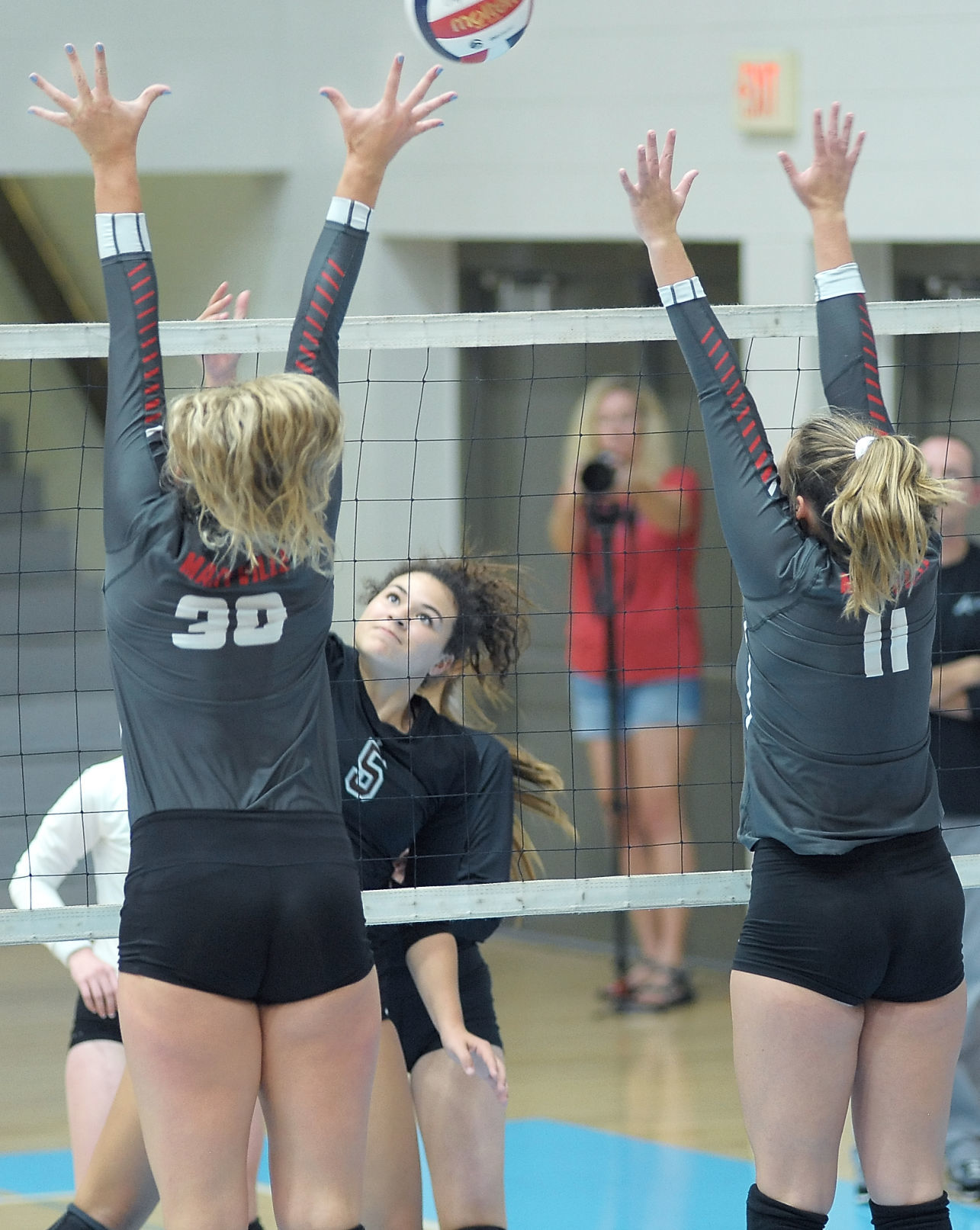 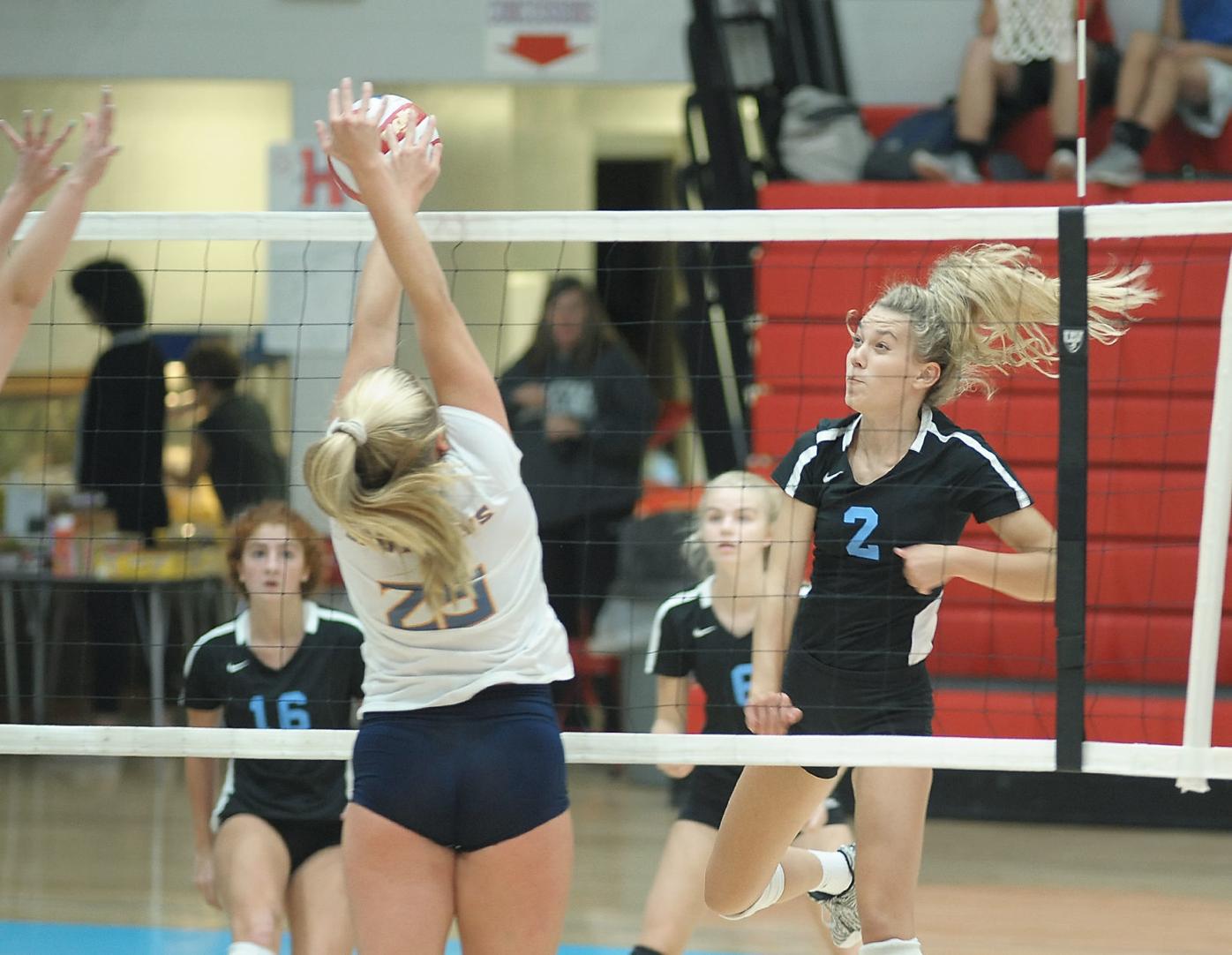 Heritage’s Kailey Keeble (2) drives a shot down the line for a point against Alcoa Monday night at Heritage.

Maryville’s Kylie Hopkins with a shot at the net against Heritage Monday night.

Bragging rights were the only thing on the line for Monday’s Blount County Championship final between Heritage and Maryville, but it felt like there was much more.

The Lady Mountaineers cruised to a first-set victory, but the second set came down to an emotional, back-and-forth tiebreaker that Heritage ultimately won en route to a 25-14, 27-25 victory over the Lady Rebels.

In the process, both teams believe they took a step forward in terms of reaching their goals at season’s end.

“I’d rather play in those games all day long and go .500,” Heritage coach Jason Keeble said. “You get more out of it when you play great competition. To get where we want to be, we have to be in that pressure situation because it’s going to happen in a district final or a region match, so it’s going to come down to winning that one game along the road somewhere.

“Hopefully that win (against Maryville) can give us some confidence when it comes.”

Maryville showcased what it can look like when its talented roster gets things going. The Lady Rebels have focused on improving their defensive consistency as they reach the midway point of their schedule, and in the second set they flashed their potential.

That was never more evident than when Heritage senior Kailey Keeble laced a potential match-winning shot only to have a Maryville player come up with a remarkable dig to keep the Lady Rebels alive.

“They work hard and they want to improve,” Maryville coach Angel Babelay said. “I think if they keep working together as a team, we can go pretty far in the tournament. I think that second set showed that.”

As for the Lady Mountaineers, they continue marching toward their goal to make good on a sub-state loss to Tennessee High last season, falling a win shy of state.

“I’ve told the kids all along that we have the personnel and we have the ability (to reach state),” Jason Keeble said. “We still have our starting middle who is out with an injury, but it’s been a next-man-up mentality that you hear in football and they have. I’m pleased with the girls’ effort to this point.”

Count Heritage as the latest team impressed by the progress Willaim Blount has made under first-year coach Steve Dallman.

Dallman said that the Lady Mountaineers described this crop of Lady Governors as “the best team we’ve had in a long time” after Heritage swept William Blount in the first round of games.

The Lady Govs still have a ways to go before they get to the level they want to, but Dallman can see the group getting closer with each passing match.

“I think tonight we showed that we can compete with anybody,” Dallman said. “You can see on the court that we’re working hard against different teams and being able to switch our match-ups. We knew going into this year we’d probably be a year away from contending for the district, but we are going to make it a pain in the butt for everybody.”

Alcoa coach Sam Thomas has seen something click with his Lady Tornadoes over the past couple of weeks.

Before the season, Thomas said he was still waiting on some of his girls to buy in to what they were doing. Lately, he can see that they are coming around.

The Lady Tornadoes dropped all three of their matches Monday, but had some players exhibit leadership, even when things weren’t going well. That is something that will help Alcoa moving forward.

“We’ve got some girls who want to buy in,” Thomas said. “The desire to do it is there, now it’s about the execution, and that’s part of the consistency we’re looking for. We have a couple girls who really want to contribute and be that next person up, but they struggle with the consistency of their play.

“If we can get one or two of them to carry that out and make it happen, I think we’ll be in good shape. The good thing is, attitude-wise they want to.”