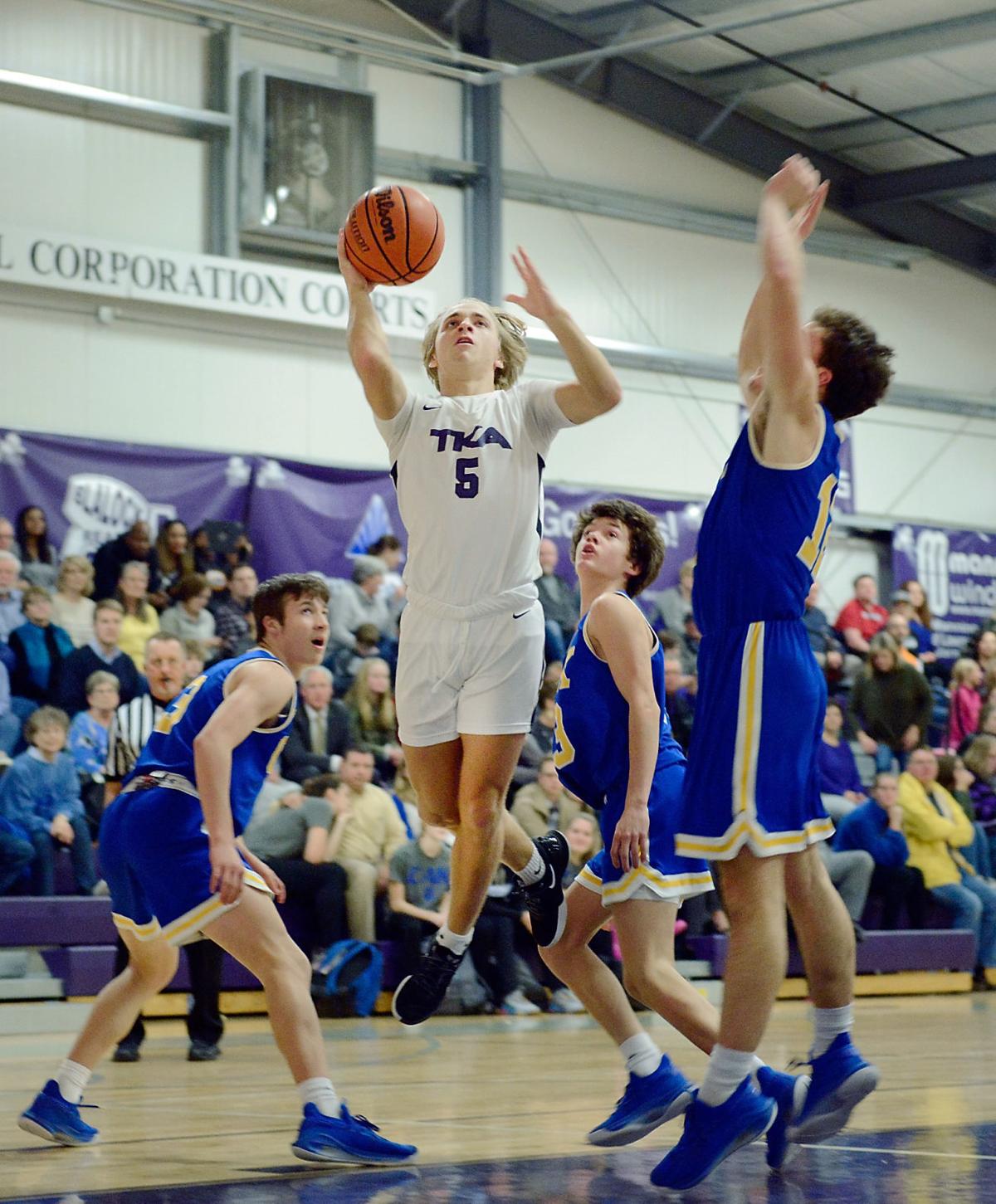 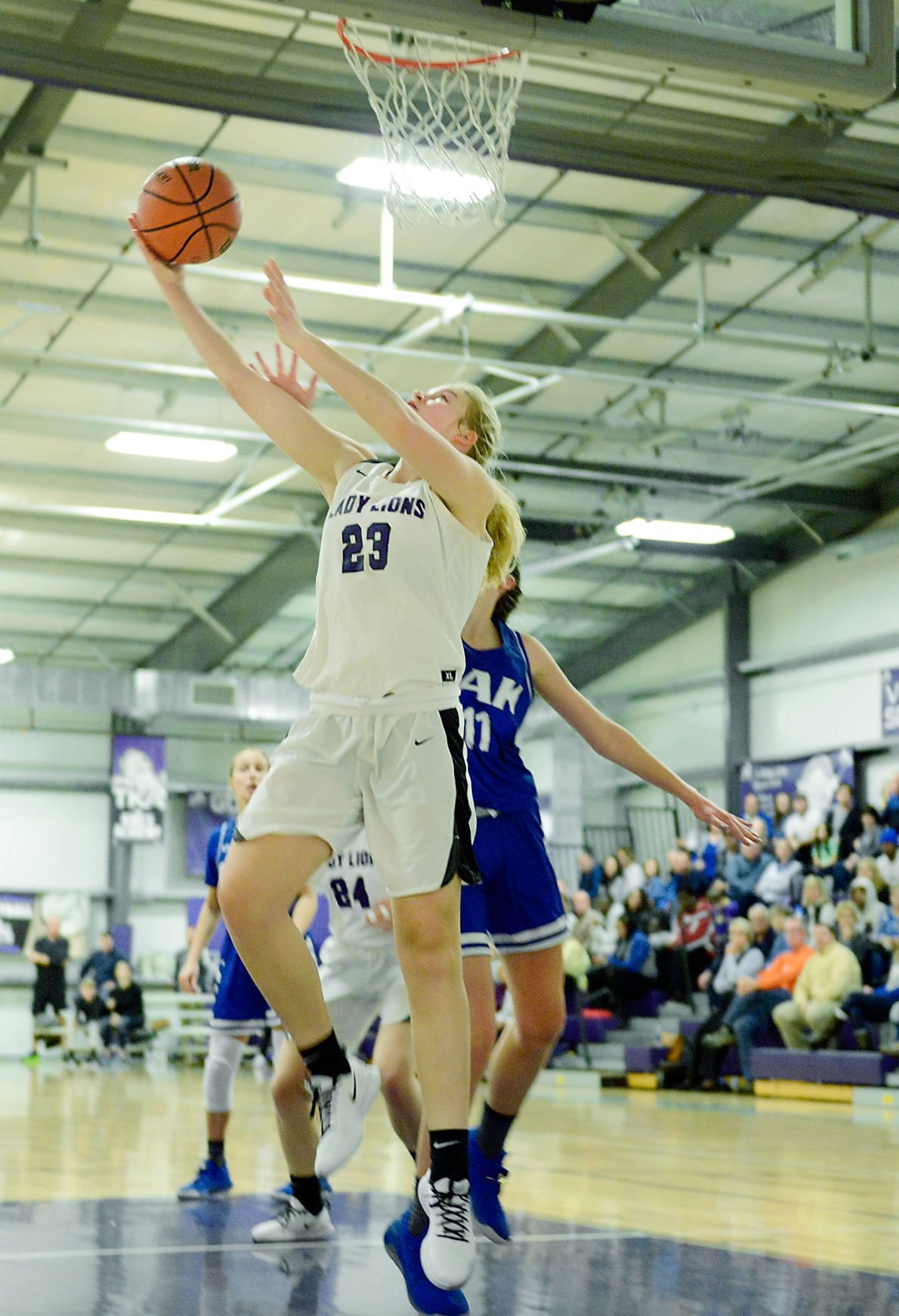 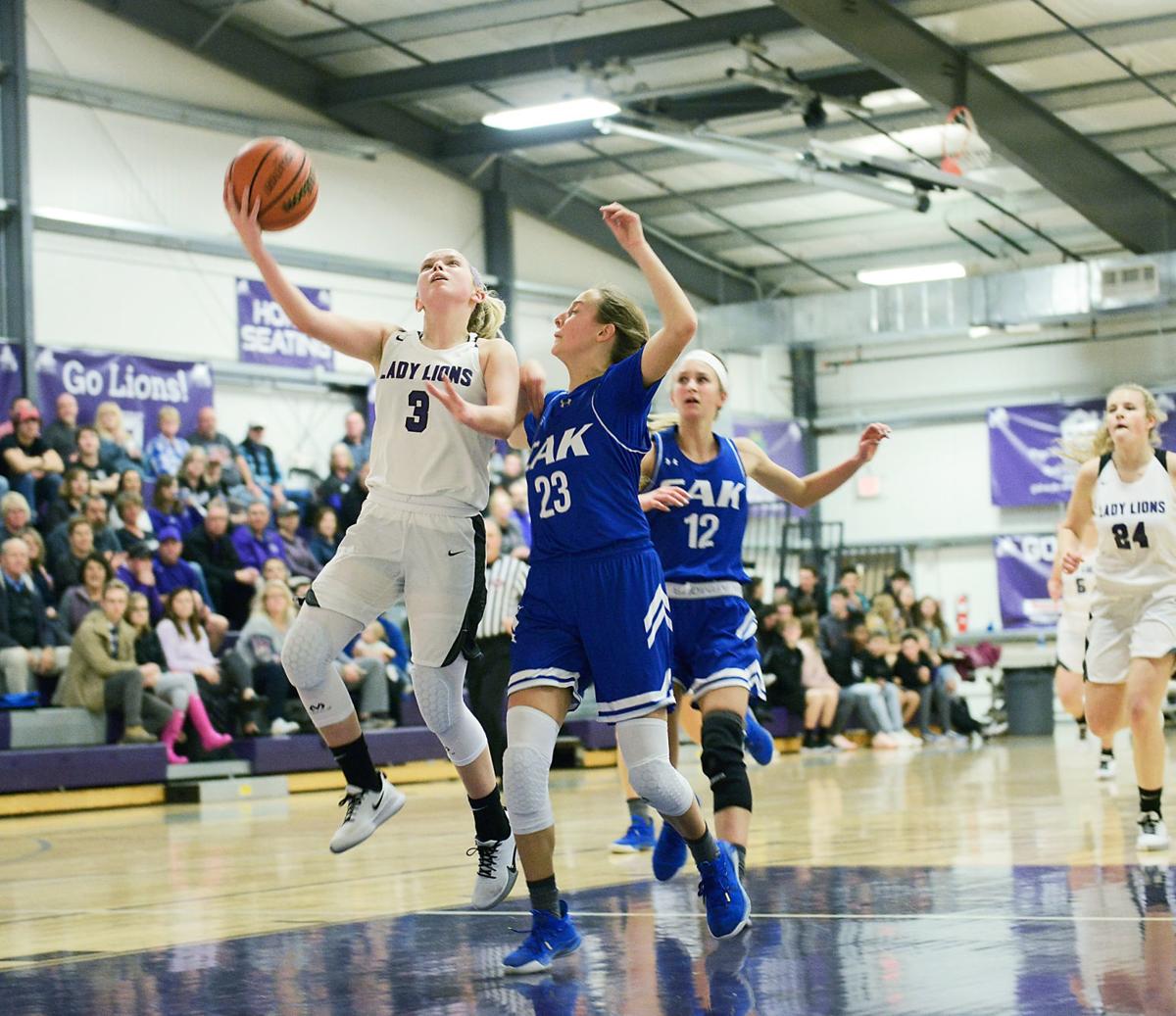 Bailey Burgess (3) scores a bucket for the Lady Lions ahead of CAK’s Emily Wilson (23) on Jan. 3 at The King’s Academy. 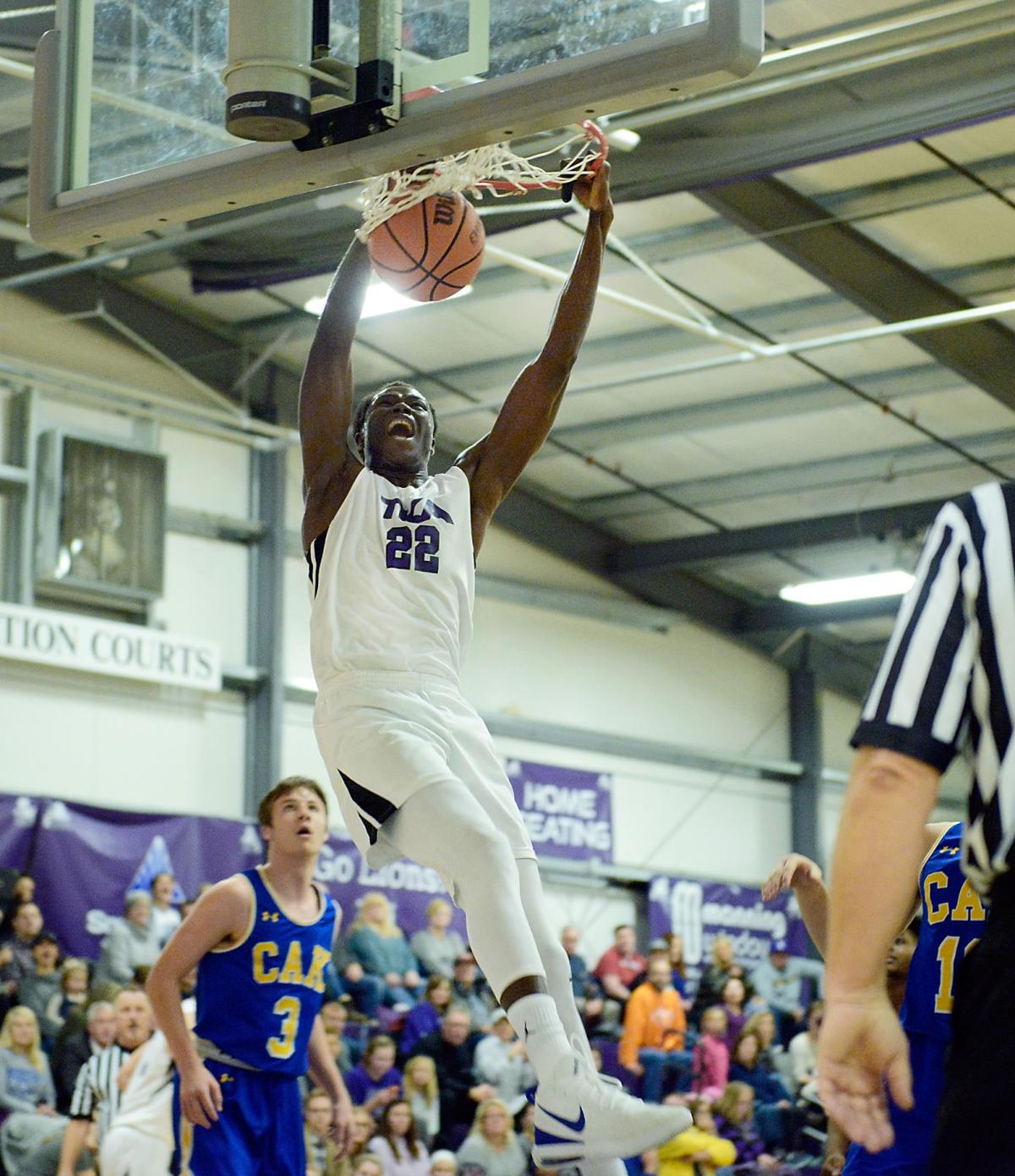 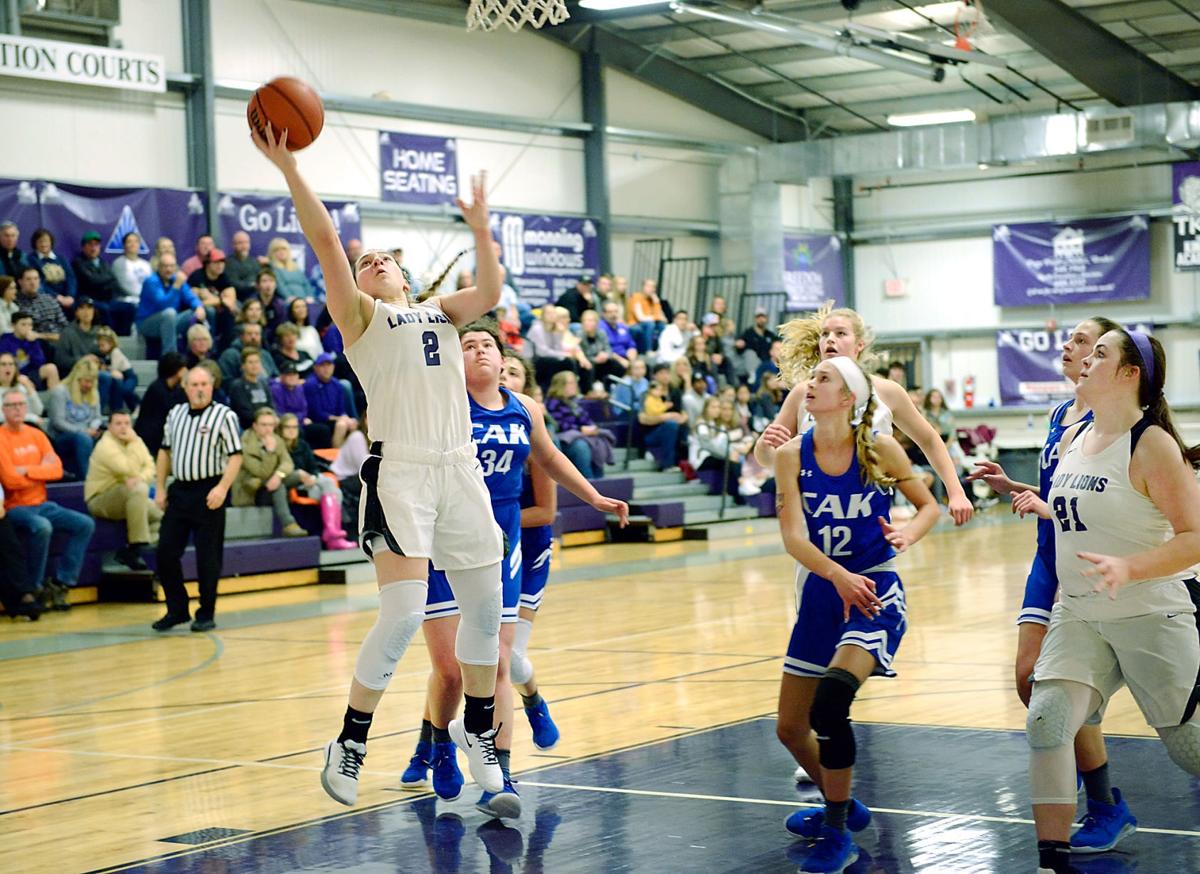 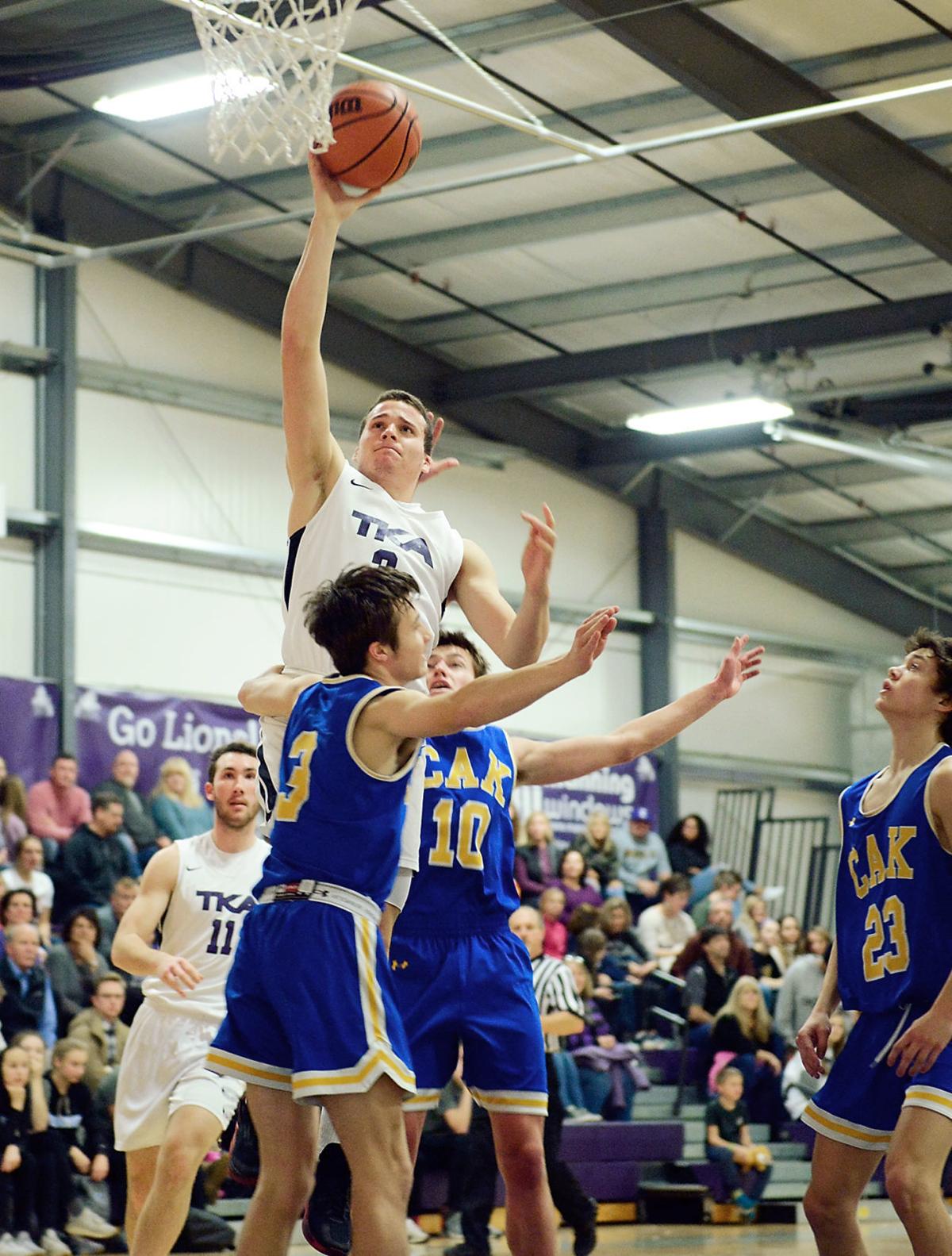 TKA’s Nemanja Kovacevic (3) rises over CAK defenders for the score in the first half of Friday’s game that the Lions lost 70-68 in overtime.

Bailey Burgess (3) scores a bucket for the Lady Lions ahead of CAK’s Emily Wilson (23) on Jan. 3 at The King’s Academy.

TKA’s Nemanja Kovacevic (3) rises over CAK defenders for the score in the first half of Friday’s game that the Lions lost 70-68 in overtime.

As they have on so many occasions this season, however, the Lions came up just short.

“It’s tough when we’ve had some really good teams on the ropes and we’ve had them beat, but we’re not finishing,” The King’s Academy head coach Matt Mercer told The Daily Times. “Tonight, I thought we did a great job of coming back from that seven-point deficit and fighting back. It shows a lot of heart from our guys.

“We just absolutely have to make plays at the critical times.”

CAK (7-6, 2-1) entered the fourth quarter ahead 55-47 before a Nemanja Kovacevic jumper cut TKA’s deficit to 62-60 with three minutes left in regulation.

Matia Tanascovic gave the Lions life on CAK’s following possession when he grabbed a defensive rebound that led to a TKA fast break. Zack Tilley finished the job for the Lions with a layup that tied the score and extended the game.

Tilley came through again late into overtime. With the game tied 66-66, he scored on another layup to give TKA the edge with 40 seconds left.

“He knows what to do with the basketball,” Mercer said of Tilley. “It was a great play — gave us a chance.”

The Lions had the opportunity to close out the game from the free-throw line with 19 seconds left. They missed the first of one-and-one opportunity, giving CAK one more shot. The Warriors didn’t miss theirs.

CAK got the ball under the basket, uncovered, and banked in a shot with 7.8 seconds left. A foul was called on the Lions, giving the Warriors an opportunity to make it a three-point play. They made the free throw and stayed ahead for good.

Tilley came close to flipping the script when he drove in for a layup with 1.8 seconds left, but he was called for a charge.

“It appeared to be a solid call,” Mercer said. “Tilley probably could have pulled up, shot a little floater, but time was expiring. We got to the rim and that’s what we wanted to do.”

CAK capped the scoring with another free throw with less than a second left to seal the win.

With 18 points apiece, TKA’s leading scorers were Aingar William and Tilley, who was coming off a week of no practice after getting his wisdom teeth removed.

“I think we’ve got a long way to go, but I think this team is capable of even more than we’ve shown,” Mercer said. “I think when it comes together late in the season, my hope is we make a run at the right time.”

It was as close as the Warriors got to closing the gap, as the Lady Lions outscored them 14-8 from there.