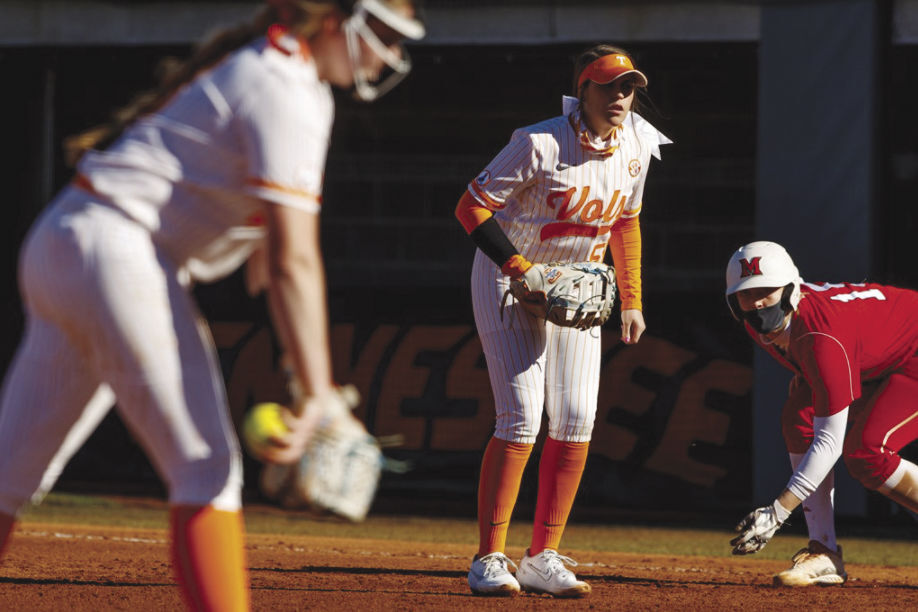 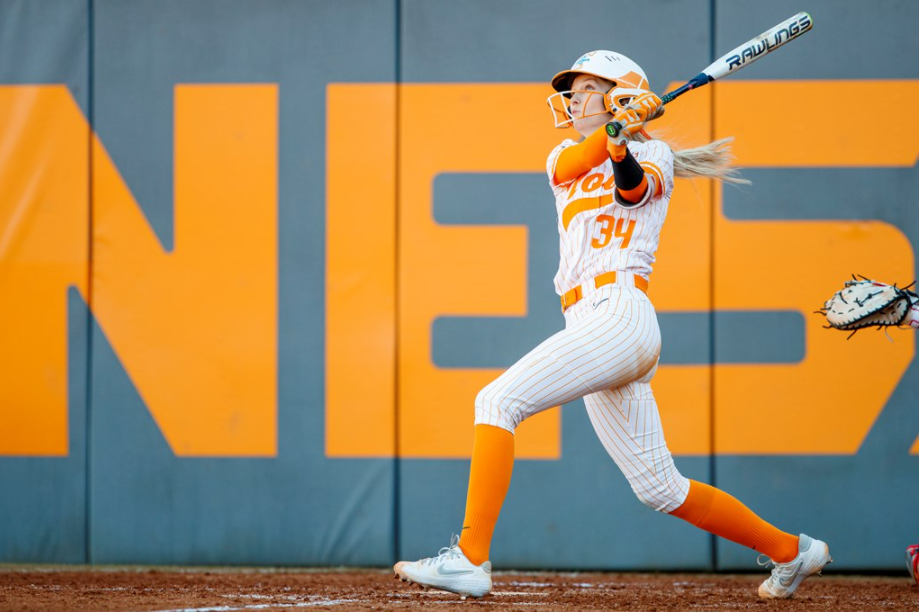 Tennessee won the first game, 7-3, before dropping the second, 2-0, after Courtney Vierstra struck out nine Tennessee batters and gave up just three hits for Miami (1-3) to help hand the Vols (5-1) their first loss of the year.

“We’re going to lose — nobody goes through a softball season undefeated,” Weekly said. “When you face a good pitcher, it doesn’t matter what team it is. A good pitcher is going to challenge you, and you’ve got to learn how to make adjustments quickly. I think that’s the biggest thing we can learn from today.”

The difference between Tennessee’s first game versus its second was the Lady Vols had better at-bats and a big six-run sixth inning that put them ahead for good.

Amanda Ayala put Tennessee on the board first in the bottom of the third of the first matchup when she drove in Cailin Hannon with an RBI double — her second of the year. Tennessee found itself in a deficit for just the second time this season after Miami took a 3-1 lead on a two-out three-run homer through left center in the top of the fourth.

After two scoreless innings, the Lady Vols got back to work in the bottom of the sixth. Ally Shipman got things started with a sacrifice fly that drove in Ayala and cut Miami’s lead to one before KK McCrary tied things up at 3 with an RBI single.

The King’s Academy alum Maddie Webber, who was filling in for Ashley Morgan, drove in the go-ahead run with a two-run double before Hannon rounded out the scoring with a two-run homer.

“We started doing a better job of not swinging at pitches out of the zone, trying to get a little bit more behind the ball so we could drive the ball rather than beat it into the ground,” Weekly said. “It was obviously a big inning, and the attitude in the dugout was great the whole game. There was a belief that we just needed to keep learning from each at-bat and keep grinding and we’re going to get it done. It’s just gratifying to see that happen.”

Tennessee struggled connecting at the plate in the second game. With Vierstra in the circle for Miami, the Vols didn’t get a hit until the bottom of the fifth when Webber singled to right center. Unfortunately for Webber, she got caught between bases on a dropped pop out and tagged, ending the inning in disappointing fashion.

By that point, the RedHawks had already pulled ahead 1-0 thanks to a two-out double followed by an RBI single by Maclai Branson in the top of the third. It was the first run Tennessee pitcher Ashley Rogers had given up this season.

The Vols looked poised to turn things around again in the sixth inning when Kaitlin Parsons connected for an infield hit before Chelsea Seggern drew a walk to put the go-ahead run on base. With two outs, Shipman stepped up to the plate and hammered the ball to left field. It initially appeared to be a home run, but the ball dropped just shy of the wall and into the hands of Miami to end the inning.

It was a deflating moment compounded by Kate Kobayashi’s solo home run for Miami in the top of the seventh that doubled the RedHawks’ lead and rounded out the scoring. Ivy Davis gave Tennessee a spark with a one-out double to left field in the bottom of that inning, but the Vols couldn’t capitalize as a popup and a groundout sealed their fate.

“We just weren’t making any adjustments — (Vierstra) was getting us out the same way for six innings, and we weren’t doing anything different,” Weekly said. “You’re going to face really good pitching and you’ve got to have players who are going to show up for you everyday and willing to step up in clutch times. …

“I feel like we have a good deep team, but we still need to identify who are those kids that are going to lead the way ... when the going gets tough.”

Tennessee returns to action Monday with a doubleheader against Ohio. First pitches are set for 2 p.m. and 4:30 p.m.

“You’re not going to put too much into one loss,” Weekly said. “That’s the nature of baseball and softball — it’s going to happen, but there’s still a lot to learn from. The good thing about our sport is that we come back quickly tomorrow, and we get another shot at it.”