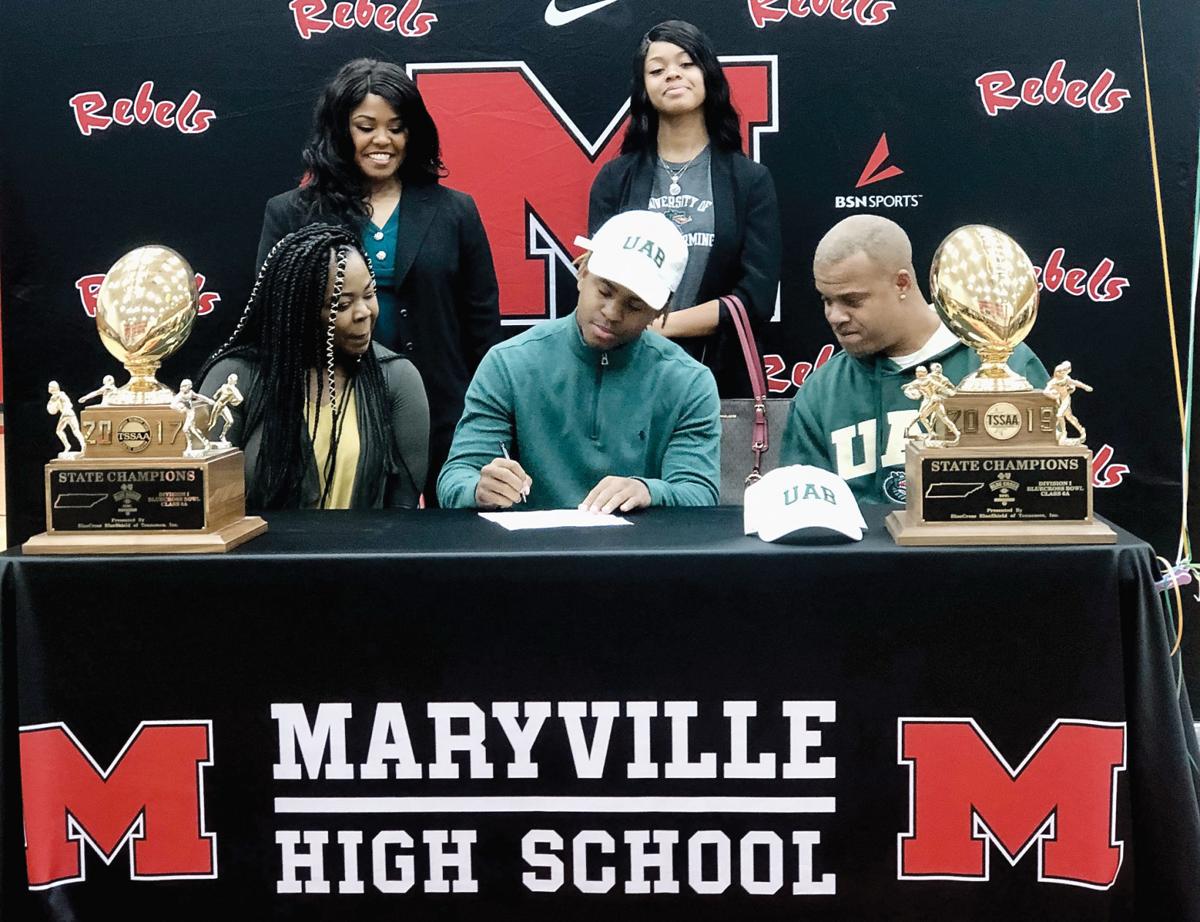 Maryville senior AJ Davis (center) signs a National Letter of Intent on Thursday to play football for the University of Alabama Birmingham during a signing ceremony at Maryville High School. Joining him for his signing were (back, from left): sister Aloryn Davis, sister Aliyah Davis, (front) mother Kia Davis and father Al Davis III. 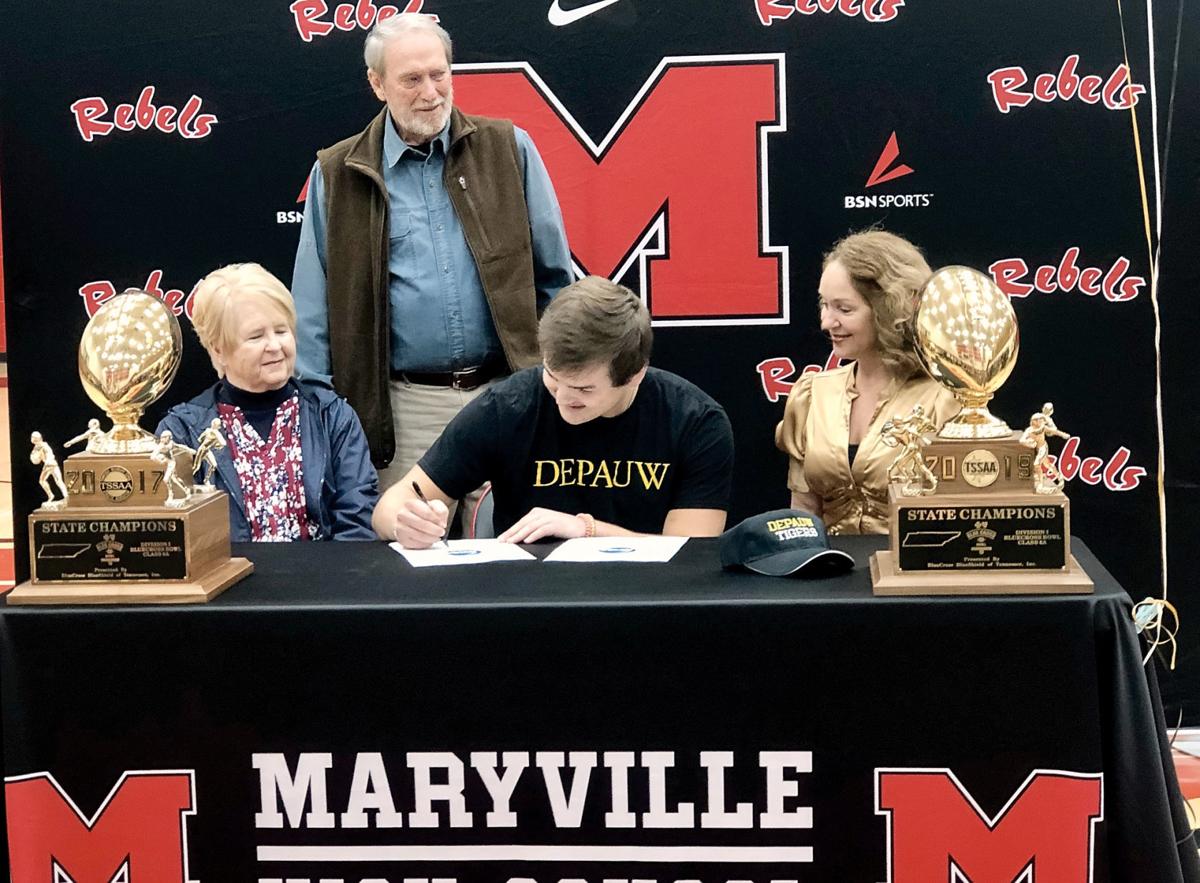 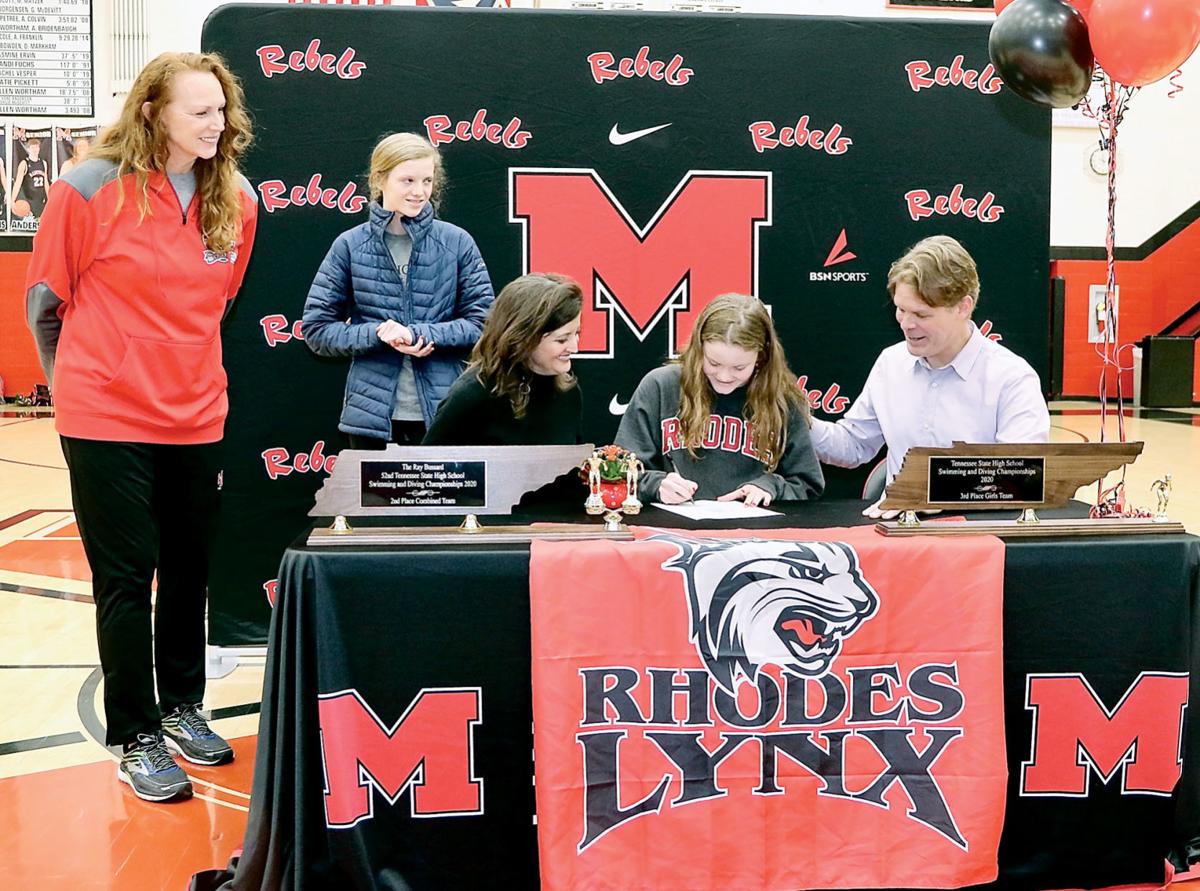 Maryville senior AJ Davis (center) signs a National Letter of Intent on Thursday to play football for the University of Alabama Birmingham during a signing ceremony at Maryville High School. Joining him for his signing were (back, from left): sister Aloryn Davis, sister Aliyah Davis, (front) mother Kia Davis and father Al Davis III.

AJ Davis was 6 years old when he walked off the football field and decided he didn’t want to play anymore.

Always the standout athlete, Davis was his recreational team’s go to-player. The problem was he didn’t quite have the surrounding cast to make that role easy on him.

“We were so bad,” Davis said. “I used to get beat up really bad during games, and there was one game where I was just getting smashed. I wanted to quit.”

Davis didn’t wait until time expired to tell his father. He was done with the sport. His dad didn’t let him walk away so easily.

“He said, ‘If you quite right now, you’re not going to play ever again,’” Davis said. “So then I looked at him, and I went back in the game and just took the beating.

Twelve years later, Davis is reaping the benefits of that decision. On Thursday morning, the Maryville wide receiver signed a National Letter of Intent to continue his career by playing football at the University of Alabama at Birmingham.

Davis had more than 4,000 all purpose yards over his four years at Maryville, during which he helped the Rebels acquire two state titles. He had 194 catches for more than 2,700 yards and 30 touchdowns as well as 345 yards and three touchdowns on 40 carries. He also was 6-for-8 passing for 300 yards and four touchdowns.

“I went there for a visit and I didn’t want to come home,” Davis said. “I was like, ‘Alright, I think I like this place.’”

Davis said he was instantly drawn to the coaches as well as the opportunity to play with his former Maryville teammate, Dylan Hopkins. Hopkins is a quarterback for UAB, which finished last season 9-5.

Maryville coach Derek Hunt said Davis has had no shortage of memorable performances, but one that stands out most to him happened in the 6A semifinals Davis’ sophomore year. With a spot in the state championship on the line, Davis propelled Maryville past Oakland by three points with 166 all-purpose yards, including a touchdown catch and a trick-play touchdown pass to Hopkins.

“It’s just crazy — we talk like, ‘Maybe we can do something great,’” Davis said of Hopkins. “I’m starting over as a freshman just like I came into high school. Just hit it head first — don’t be timid.”

That’s exactly how Davis approached his first year at Maryville. He quickly earned a spot in the starting lineup as a freshman, never really intimated by the clout surrounding the program. The Rebels rank second in the state with 17 state titles.

Only later did Davis recognize the significance of his early role for the powerhouse squad.

Davis capped his high school career by helping the Rebels go undefeated. He recorded 53 receptions for 818 yards and 12 receiving touchdowns as a senior, earning him Region 2-6A Player of the Year honors.

Hunt said Davis is one of the better players Maryville has ever had, but it has never gone to his head.

“When you watched him in practice, you never once felt like he was taking reps off in practice because he knew he was good,” Hunt said. “He was our guy that got us going. You’ve got to have people like that on your team, and AJ was certainly that for us.”

When Hunt is reviewing game film, it’s pretty easy for him to spot Orren after he makes a tackle.

That’s because the 5-foot-11, 210-pound linebacker is usually the one helping the kid back to his feet.

“That meant a lot to me,” Hunt said. “He was a great role model for his teammates with how to compete and play with class at the same time.”

During his four years at Maryville, Orren recorded 387 tackles, 37 tackles for loss, three sacks, three forced fumbles and two interceptions. He led the team in tackles as a sophomore, when Maryville defeated Cane Ridge, 42-7, for its first state title in three years.

Orren said he “got that feeling” when he stepped onto the DePauw campus, and he knew it was the right fit.

Orren began playing football at age 6 as a lineman — a position that suited his physique at the time.

In eighth grade, Orren was moved to linebacker and instantly fell in love with the spot. He said he enjoyed the thrill of flying to the ball and hitting someone. He also relished the leadership role that came with the position.

“At linebacker, you kind of have to be the quarterback of the defense,” Orren said. “I was making sure everyone was in the right places, I studied the playbooks, I watched a lot of film and made sure I knew what the game plan was each week. I loved doing it.”

Orren encountered a setback early when he got to high school. In his first game, he twisted his ankle and fractured his growth plate, sidelining him for six weeks. He returned to action in time for the playoffs, when another Maryville linebacker suffered a season-ending injury.

Orren started in quarterfinal and semifinal games as a freshman, and he has been a crucial part of the team’s success ever since.

“I knew the program was very elite,” Orren said. “I didn’t know how fast I would be able to contribute, but I knew coming up I was going to work hard and do whatever I could for the team.”

Orren doesn’t just enjoy contributing on the football field. He’s involved in his community as well. He started the reading program at the Boys & Girls Club of Blount County over the summer, during which a group of Maryville athletes visited the old Fort Craig building twice a week to read to kids.

Orren’s selfless nature is contagious for the Rebels. Hunt said other players have begun helping up opponents who they just knocked down because “when one of your best players is doing something like that, it can become a popular thing.”

Orren confesses he hasn’t always been so sweet.

“I won’t lie, I have talked trash before,” Orren said with a smirk. “But I’ve realized over the years that, if I talk trash, something bad always happens. So I just stay away from it, and I’m as nice as can be.

“If I hit someone, I’m going to help them up every time.”

Whether it’s his work ethic or karma, it’s working for Orren on the field.

“He’s so talented in a lot of different ways, so Depauw if getting a good one, for sure,” Hunt said. “He’s given back to our community unlike any other player we’ve had.”

Gracie Bellah was 4 when her mother enrolled her and her sister in swim lessons at Green Meadow Country Club in Alcoa.

“My mom wanted us to have an activity so we would go to bed,” Bellah said.

That move certainly has had long-lasting ripple effects for Bellah. The senior has been one of Maryville’s top swimmers since her freshman year and qualified for state all four seasons while serving as a team captain for the last two.

What makes Bellah unique from other swimmers, Maryville coach Jenna Johnson said, is her positive energy and welcoming spirit.

“If she’s smiling and dancing, you know everything is going to be OK,” Johnson said. “Gracie has been a leader for the program in that she cares about the kids more than just as swimmers, but as people.”

On Feb. 8, she helped Maryville take second in the state for the second straight year. Bellah competed on the girls 200 medley and 200 freestyle relay teams, which both placed third.

Bellah is competitive about bettering her times, but it’s not what she said she enjoys most about swimming. She said meeting new people and supporting her teammates — especially newcomers to Maryville’s growing program — are what she loves most.

“Just those connections that you build with the sport is really awesome,” said Bellah, who also swims on the club level with prime Aquatics. “My role is just welcoming people and making them feel comfortable. I don’t want anyone to feel like they’re not part of the team.”