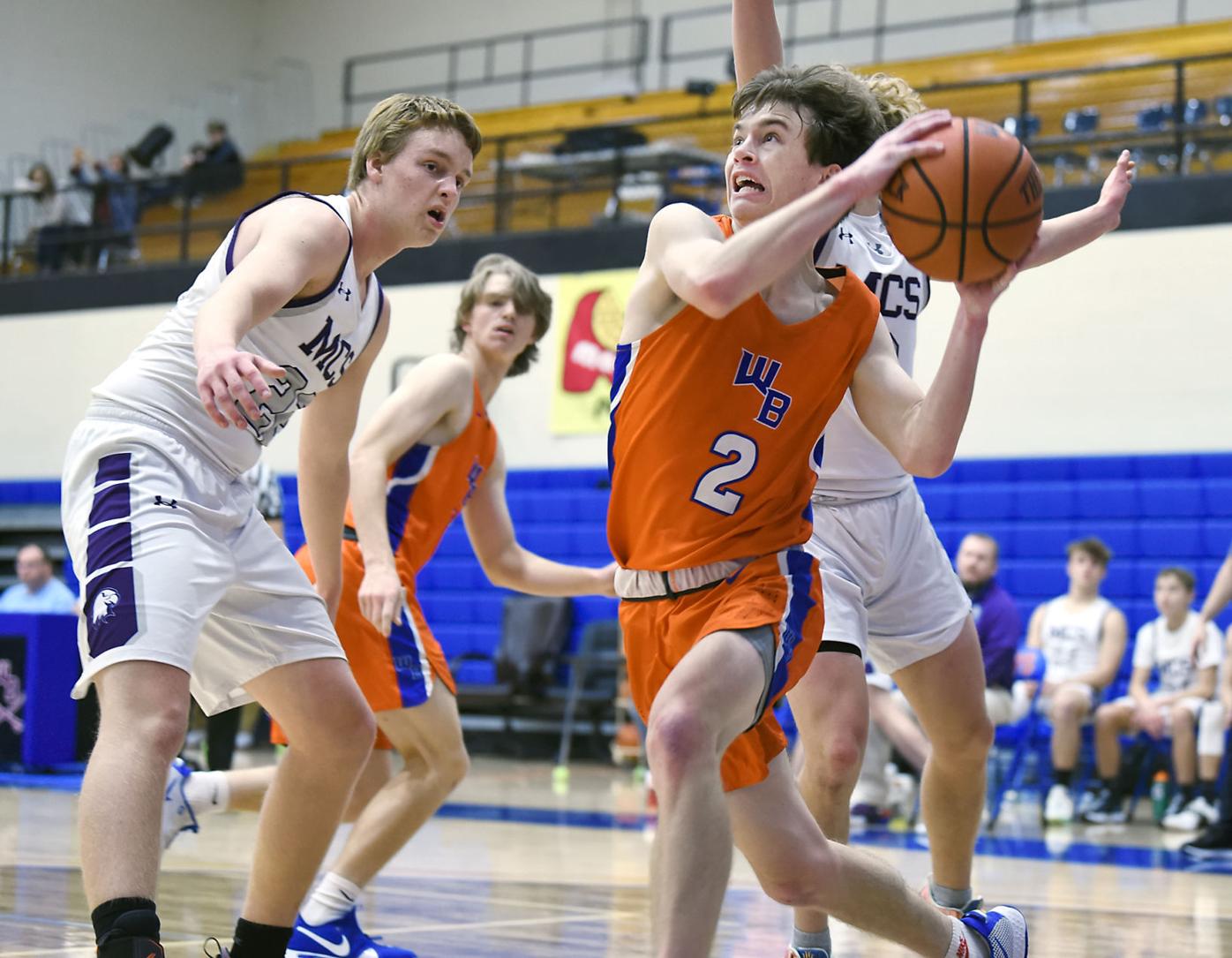 William Blount’s Caden Williamson (2) squeezes by defenders along the baseline Friday night in the first day of the two day tournament at WB Admission to the games is free but spectators are encouraged to bring items to donate to Second Harvest Food Bank. 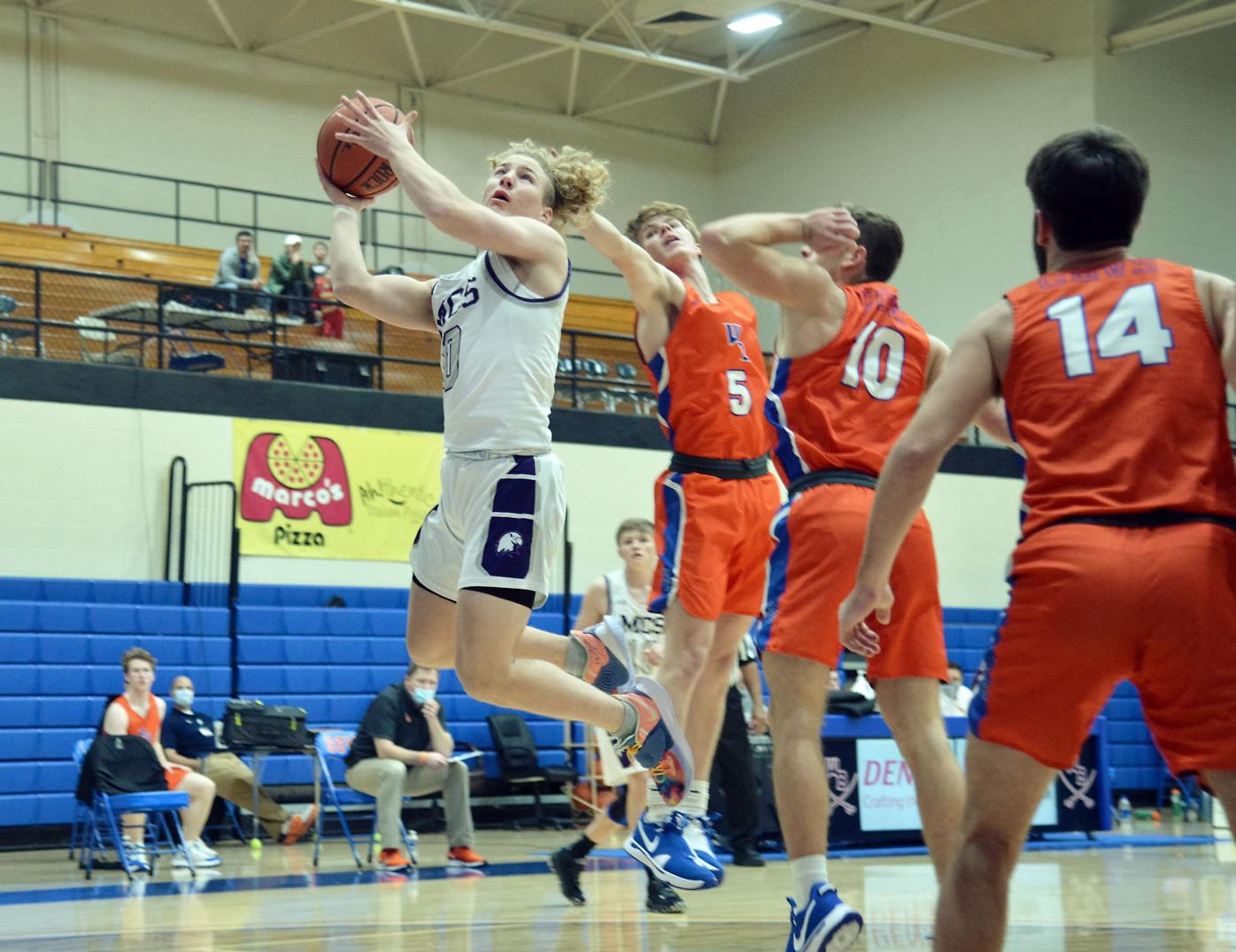 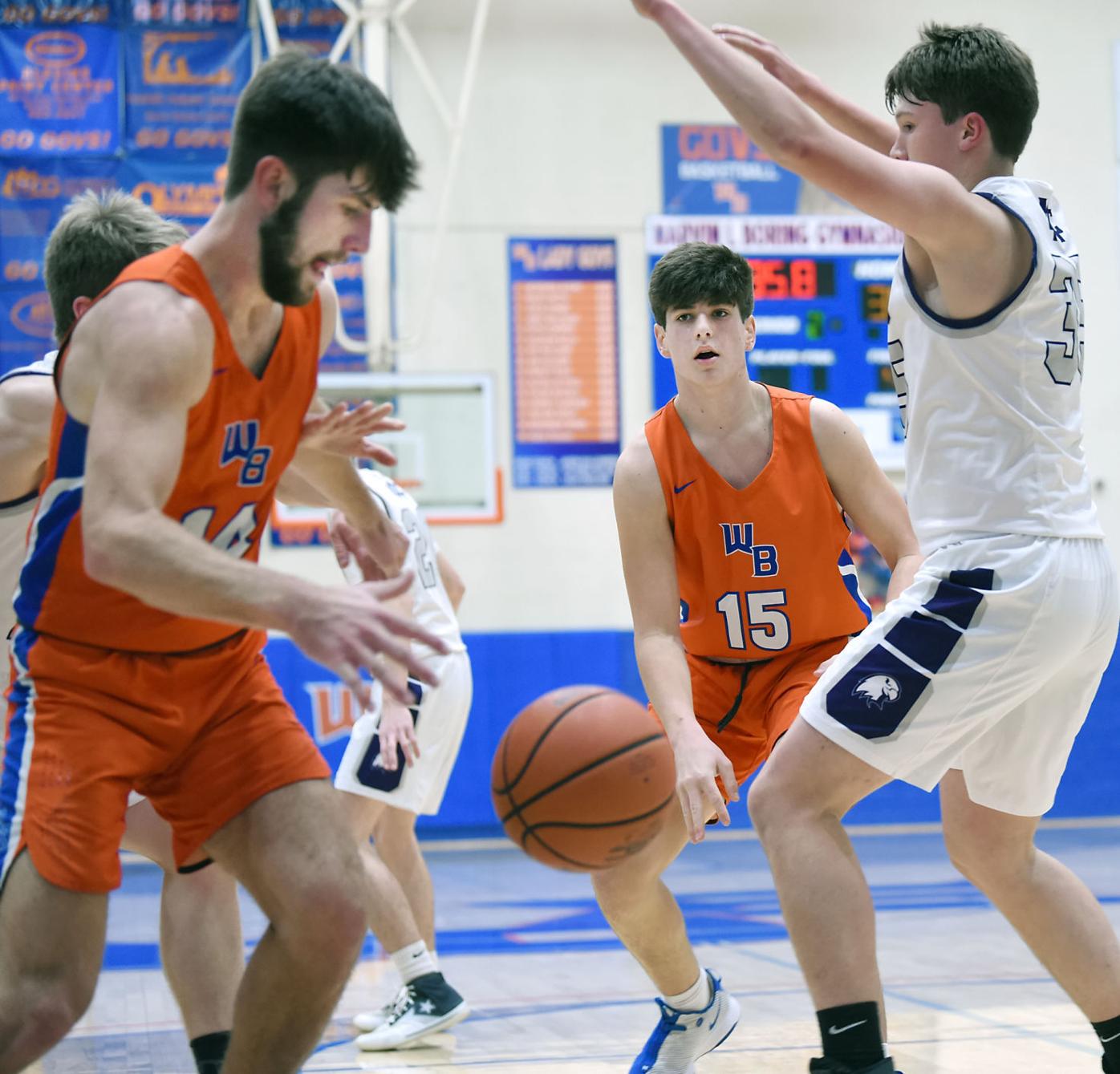 William Blount's Matt Clemmer (15) hits Trey Clemmer (14) with a bounce pass for a layup and a trip to the line against Maryville Christian School on Friday ta Marvin L. Boring Gymnasium. 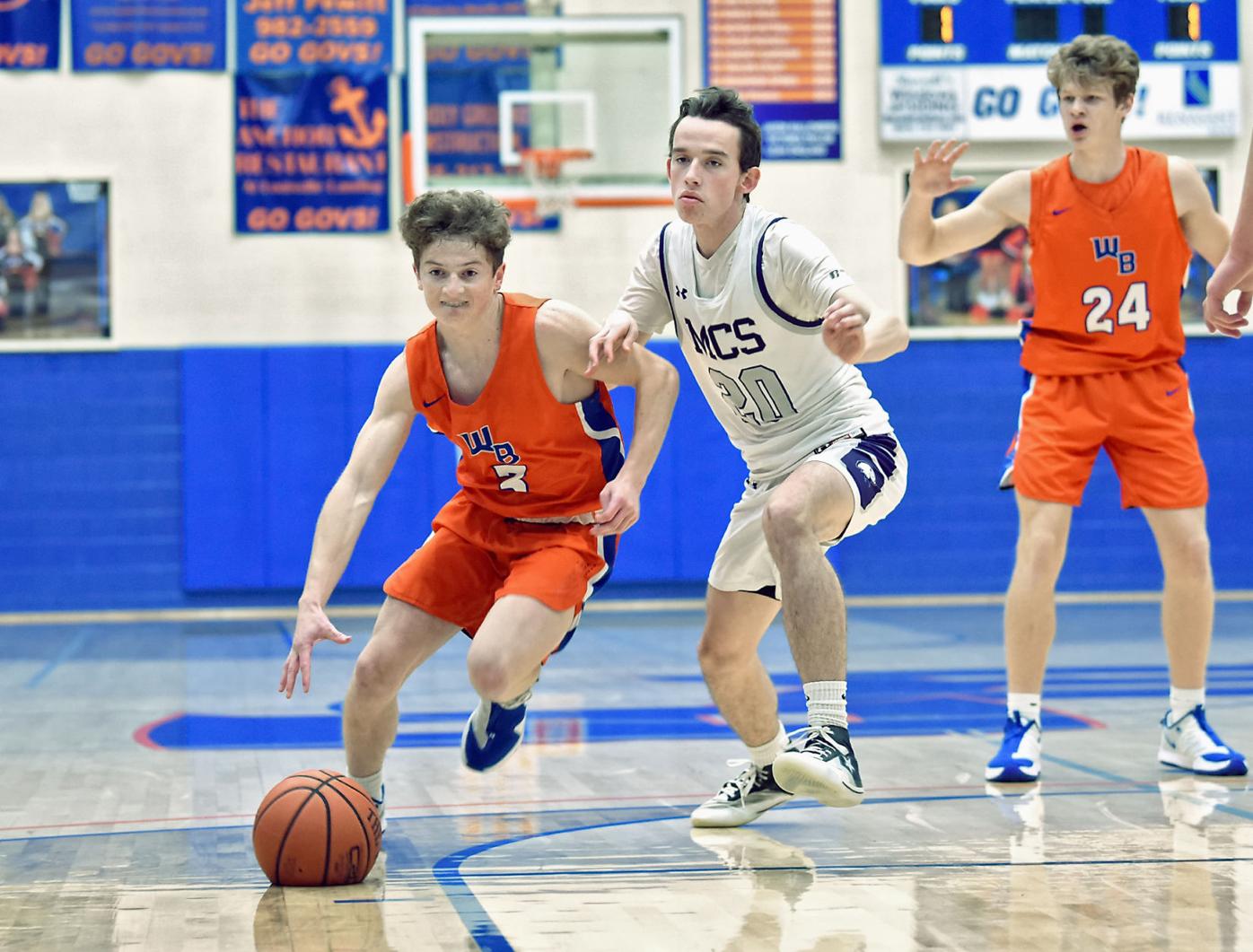 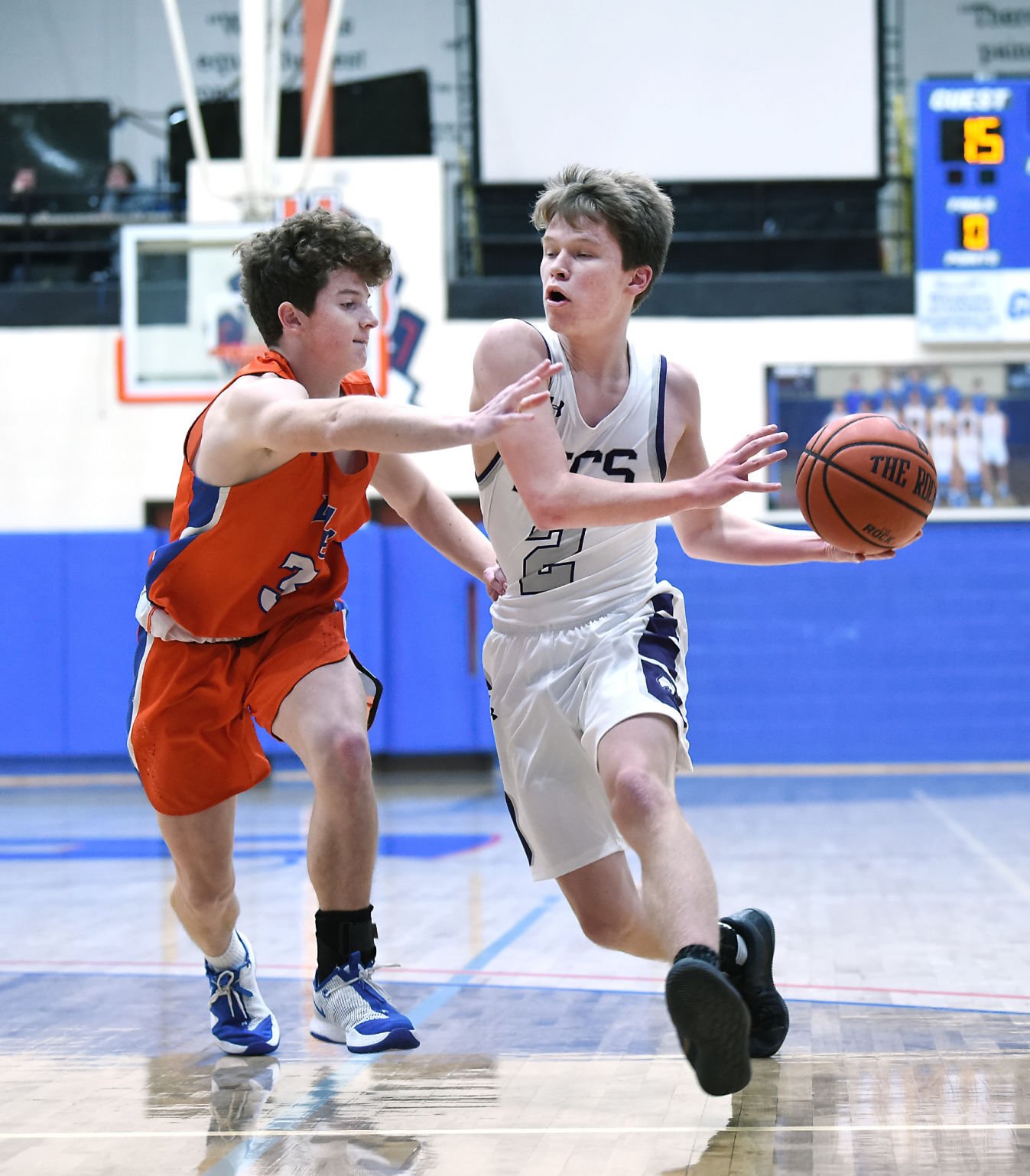 William Blount’s Caden Williamson (2) squeezes by defenders along the baseline Friday night in the first day of the two day tournament at WB Admission to the games is free but spectators are encouraged to bring items to donate to Second Harvest Food Bank.

William Blount's Matt Clemmer (15) hits Trey Clemmer (14) with a bounce pass for a layup and a trip to the line against Maryville Christian School on Friday ta Marvin L. Boring Gymnasium.

Ever since he arrived at Maryville Christian High School, Ryan Hudson has been waiting for an opportunity to make a statement — to prove that he and his Eagle teammates were capable of defeating the top public schools in the area.

The junior point guard believed that delivering such a statement would be the best way for the program to gain recognition in the community.

“When you come out here and beat a public school, that gets people looking at you.”

Hudson and his Maryville Christian cohorts certainly captured William Blount’s attention on Friday. Hudson dropped a game-high 24 points to propel the Eagles to a 84-69 victory over the Governors during the first day of Second Harvest Food Drive Holiday Classic at Marvin L. Boring Gym.

Hudson wasn’t the only catalyst in Maryville Christian’s first win against William Blount (4-5) in program history. Josh Goins buried five 3-pointers on a 20-point outing. Jamey Wright continuously knifed through the lane for 16, and Braden Gaddis controlled the post to add 13.

The Eagles (6-3) also excelled at sharing, recording 20 assists on their 32 field goals. They also took care of the basketball, committing five turnovers against William Blount’s full-court press. Both factors helped Maryville Christian turn a three-point halftime lead into a 80-50 advantage midway through the fourth quarter.

“We are capable of doing this every night — it’s just a matter of coming out strong,” Hudson said. “We always come out good against good teams, which is William Blount, and flat against other teams. We have to be more consistent and this will be a nightly basis thing. … Everyone was ready to go tonight.”

That became apparent during the second quarter. At one point, the Eagles trailed 24-18. Gaddis scored in the low post, Wright drained a floater, then dished an assist to Ryan English on a pick-and-roll to even the score at 24.

The scoring barrage continued. Goins splashed a triple at the top of the key, Gaddis scored off an offensive rebound, drew a foul to deliver a traditional three-point play and Hudson buried a fadeaway jumper to cap a 19-2 run, helping the Eagles enter halftime with a 38-35 lead.

Maryville Christian coach Brian Turbyfill decided to switch to a four-guard lineup during the break, hoping to generate more ball movement. The strategy paid dividends. Chase Johnson opened the third quarter by drilling a triple. Hudson buried another 3-pointer off the dribble, and Wright hit a trey of his own on the next possession to extend Maryville Christian’s lead to 47-37.

Goins splashed three more 3-pointers to help spark a 21-4 run. The Eagles finished the third quarter with 34 points, entering the final eight minutes with a 72-45 lead.

William Blount coach Kevin Windle was proud of how his Governors continued to fight. The Govs closed on a 19-4 run.

“They shot really well,” Windle said. “When they shoot it like that at such a high clip, what are you going to do? I wasn’t displeased with anything that we did. A lot of times we didn’t make easy shots, and they made some difficult shots. … We had some point-blank layups that we missed.

“The beauty of basketball is that you always have a chance to bounce back.”

Hudson also reminded his teammates that they too couldn’t reflect on Friday’s game for too long. They play David Crockett on Saturday on the second day of the tournament.

They have an opportunity to deliver another statement, less than 24 after perhaps their biggest win in program history.

“I’m really proud of them,” Turbyfill said. “We have been working our butts off. We know that if we play a complete, full game, we feel like we can compete with just about anyone. We have been taking steps every game, improving in one area. This was the night where it finally all came together.

“If we can continue to play like this, this group has a really bright future.”