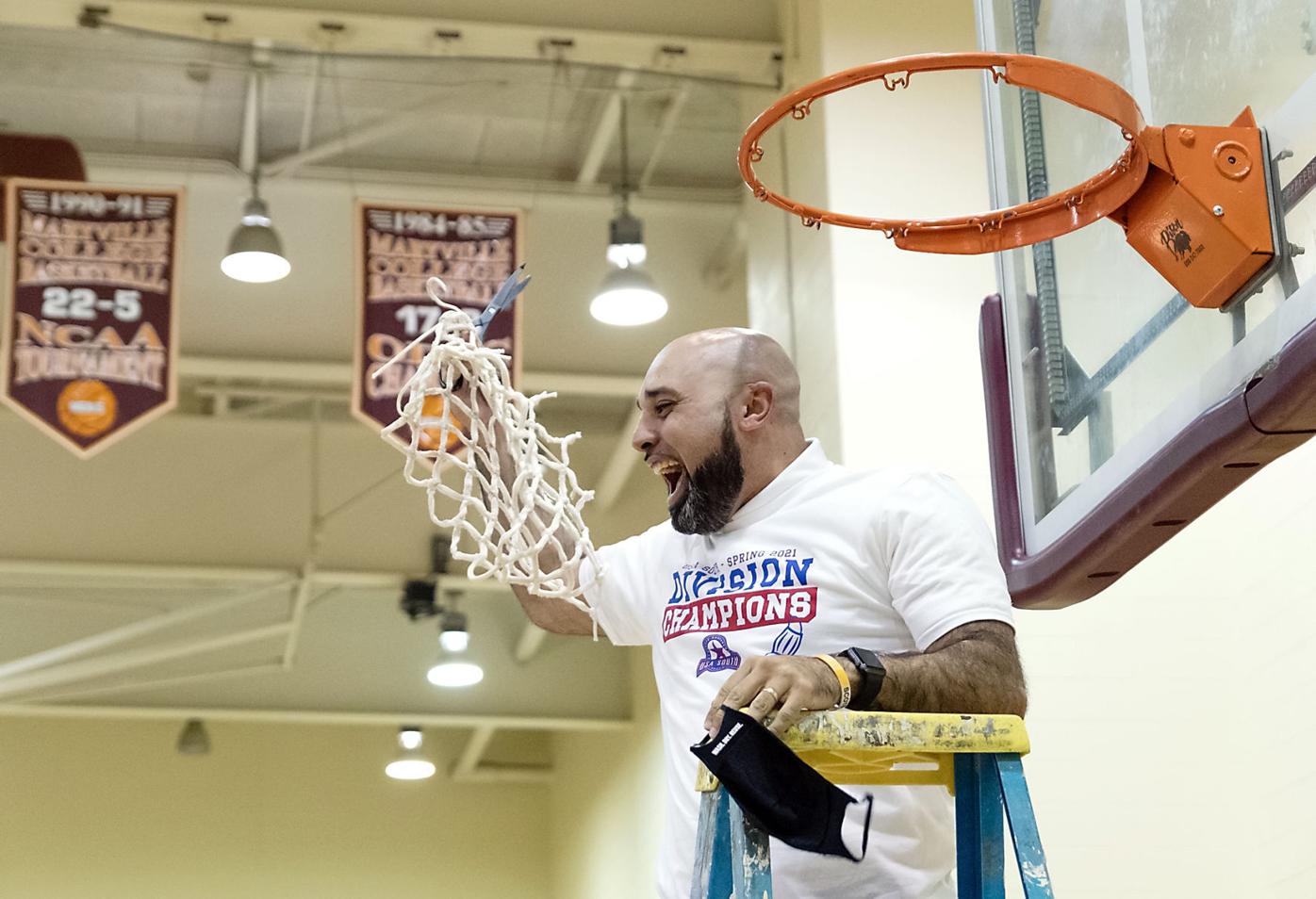 The Maryville Scots’ Raul Placeres holds the hoop net up in celebration after MC won the USA South West Division Championship on March 6 in Demorest, Georgia. 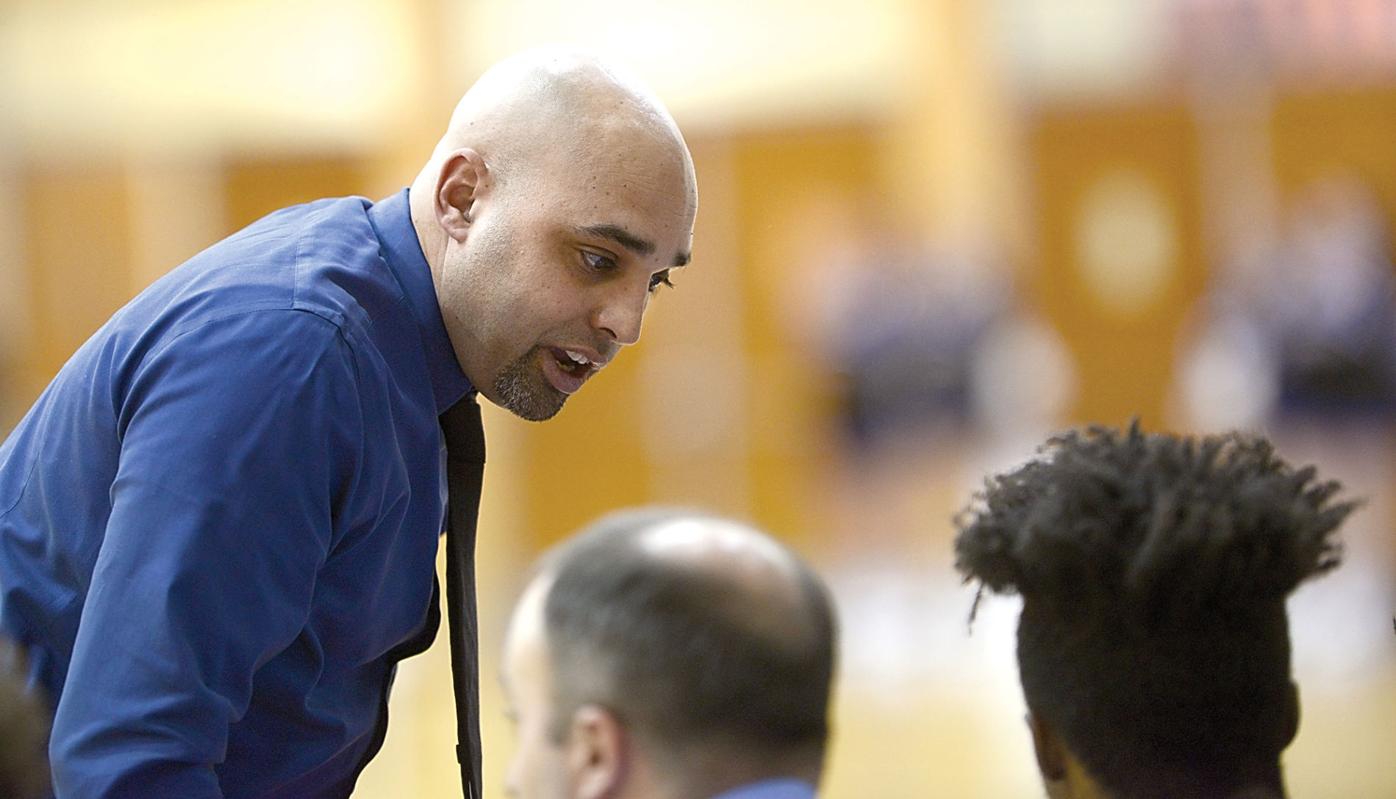 Raul Placeres talks to players during a game against Berea College on Jan. 12, 2019, at Boydson Baird Gynasium.

The Maryville Scots’ Raul Placeres holds the hoop net up in celebration after MC won the USA South West Division Championship on March 6 in Demorest, Georgia.

Raul Placeres talks to players during a game against Berea College on Jan. 12, 2019, at Boydson Baird Gynasium.

Of all the things the COVID-19 pandemic affected in the sporting world, recruiting in college athletics may have been hit the hardest.

A lack of on-campus visits and an inability to watch a student-athlete in some instances made it just as difficult for coaches as it was for players looking to further their athletic careers, but Maryville College coach Raul Placeres remained stress-free through the process because he returns every player from the team that won both the USA South regular season and conference tournament last season.

“I always want to cover my bases because you never know at our level where finances play a big role in regards to whether you can stay or not stay, as well as academics, but it was a relief that I have 99% of my roster coming back,” Placeres told The Daily Times. “It’s a great feeling, and hopefully it sets the foundation for this group to come in and understand that this how you do it and this how you go about your business.”

Placeres and assistant coach Jeff McCord made the decision to avoid the risk of going to high school games and being exposed to other people until their season ended because they did not want to jeopardize a special season.

Placeres believes Martin’s best basketball is ahead of him given his athletic genes that come from being the son of Maryville College football recruiting coordinator David Martin, who had an 11-year NFL career, and Kameisha Bennett-Martin, who was a five-time All-American sprinter at Tennessee.

Treadwell is a program guy who Placeres thinks will be successful at the Division III level because of how hard he plays. Smith was a long jump and high jump state champion in Alabama with a build and athleticism similar to Emier Bowman, who was a third-team All-USA South selection in 2019, while Chipp is a good defender and has a high basketball IQ.

Powell turned down multiple Division II offers and a preferred walk-on opportunity from Virginia Tech to play with the Scots and may be the best all-around player in the class.

“When we recruit guys, I always tell them that I never sell anything that may not happen or I’m not going to follow through with because that’s not good business,” Placeres said. “At the end of the day, your players will become your recruiters when they get older.

“You want to tell them exactly how you feel the plan for them is, and when I bring guys in for visits, I tell them, ‘If you have any questions, here they (the players) are,’ because it is important for the recruits to understand what really goes on here 24-7.”

This time around, that meant being honest with the fact that minutes will have to be earned with the entirety of a championship rotation returning, but Placeres believes that there is enough talent within the group to push those returning players and have a few carve out a role.

“I don’t promise anyone anything and that includes my returners,” Placeres said. “Every year brings new challenges and things that you must overcome, and it may not be the same group that gets it done. It’s open competition, and that’s what the summer is for — to get better for the season. I know the guys that were extremely successful last season and throughout their careers that can help us, but I always think bringing in new blood into the program really helps.

“… For some of these guys, the pitch was, ‘I can’t promise you playing time, but I can guarantee you that there is the opportunity to impact winning, and that’s what I’m about. For guys who are highly competitive, I think that’s the type of environment you want to be in.”

Follow @Troy_Provost on Twitter for more from sports editor Troy Provost-Heron. He can be contacted at troy.provost-heron@thedaily times.com.