Raul Placeres talks to players during a game against Berea College on Jan. 12. After eight years as an assistant coach under Randy Lambert, Placeres is the new men’s basketball head coach at MC. 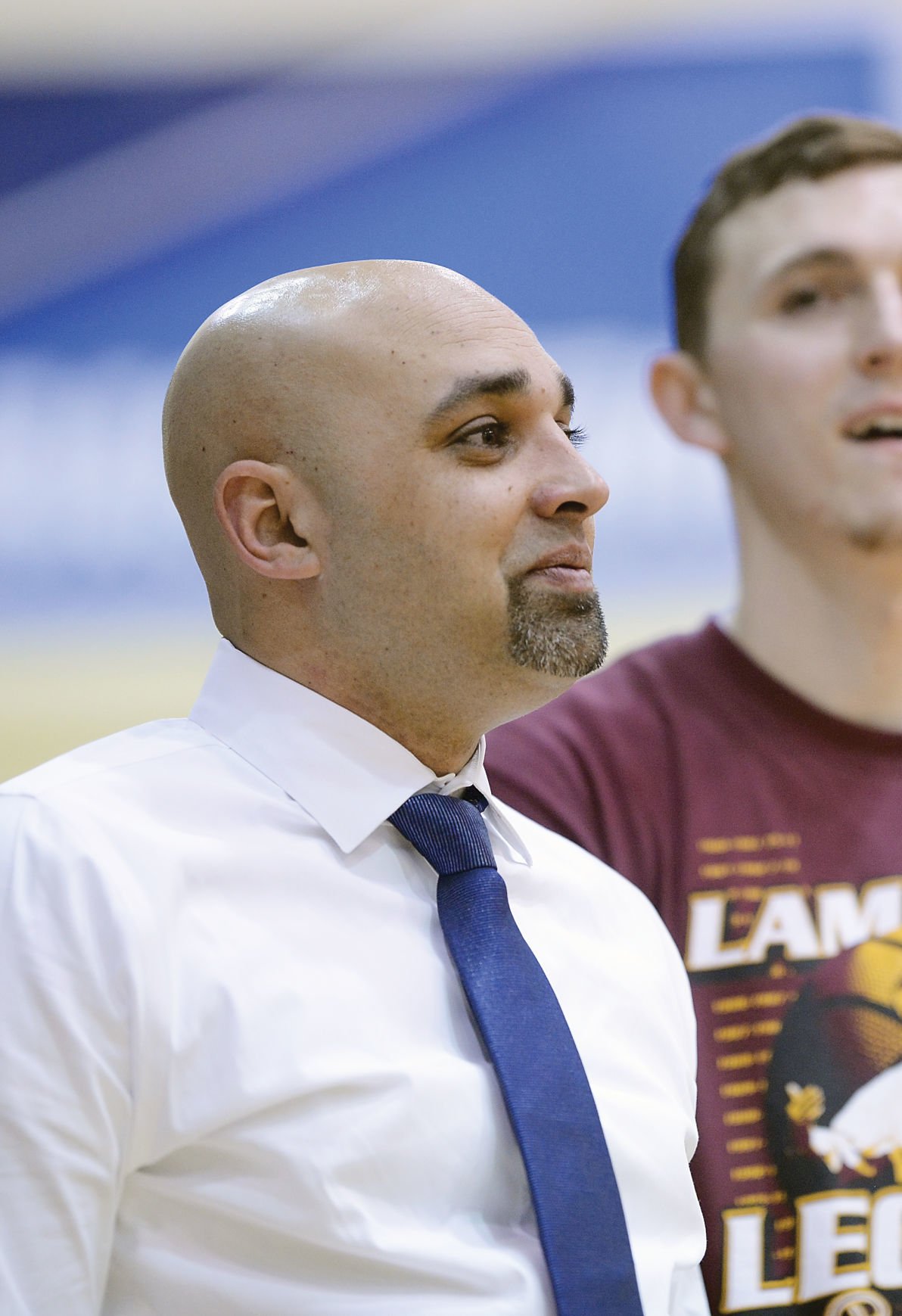 Shown here during a game against Huntingdon College on Feb. 9, Raul Placeres will become the Maryville College basketball team’s next head coach following eight years as an assistant under Randy Lambert. 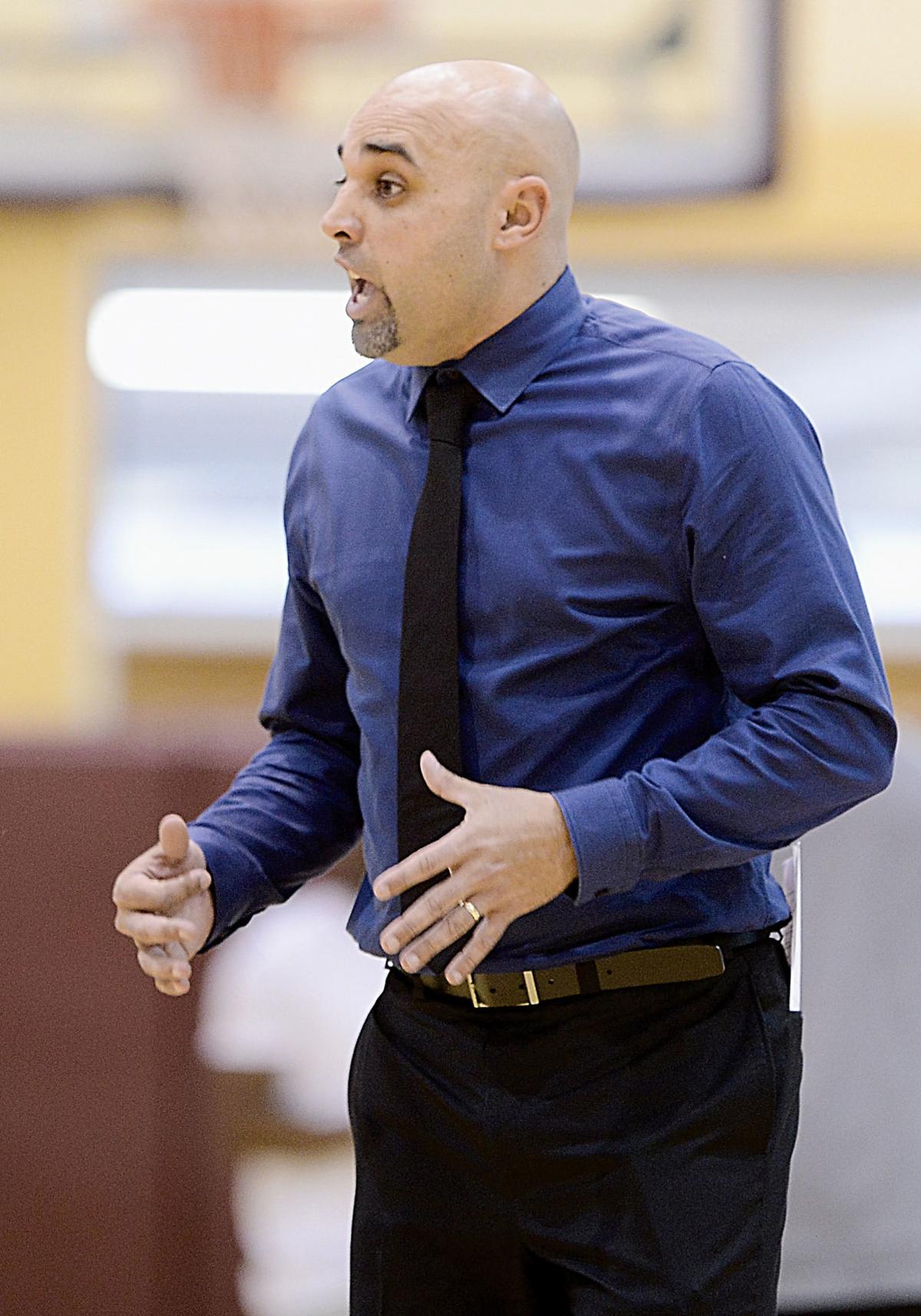 Maryville College’s Raul Placeres shouts instructions during a game against Berea College on Jan. 12. After eight years as an assistant coach under Randy Lambert, Placeres will become the head coach.

Raul Placeres talks to players during a game against Berea College on Jan. 12. After eight years as an assistant coach under Randy Lambert, Placeres is the new men’s basketball head coach at MC.

Shown here during a game against Huntingdon College on Feb. 9, Raul Placeres will become the Maryville College basketball team’s next head coach following eight years as an assistant under Randy Lambert.

Maryville College’s Raul Placeres shouts instructions during a game against Berea College on Jan. 12. After eight years as an assistant coach under Randy Lambert, Placeres will become the head coach.

The adjectives for Raul Placeres are plentiful. Passionate, energetic and committed are good places to start.

As one of Placeres’ coaching friends and former teammates said to him, “You’re the only one crazy enough to want to replace a guy who has won 700 games.”

The Maryville College associate head coach may be crazy, but he’s also ready.

With the 2018-19 season over and 39-year head coach Randy Lambert having coached his final game, the Scots’ program officially gets turned over to Placeres, who was hand-picked by Lambert more than a decade ago.

“I embrace the challenge of following the footsteps of someone who has been so successful,” Placeres said. “The beauty of all this is the blueprint is there. I just have to continue with my flavor and my style continue to build off the foundation coach has laid for the program.

“I’d be lying to you if I said I’m not anxious and nervous, all those great emotions, but I’ve been preparing for a while for this moment. I feel very confident I’m going to do the best that I can.”

Placeres was introduced to Maryville after his sophomore season at Keystone Junior College in Pennsylvania. Placeres had helped the team advance to the Final Four of the national tournament one season and to the Sweet 16 in the other and received plenty of recruiting interest from four-year schools.

His friend Jason Doan already had transferred to Maryville and told Lambert about him. That led to a phone call that set the stage for a tight bond. It’s the first time Placeres realized he and Lambert shared a quality important to Placeres — energy.

“That’s what I was searching for as a player,” Placeres said. “I play a lot like I coach, with a lot of emotion and passion. That came through in our first conversation. I thought, ‘This sounds good.’ He was so passionate about what was going on here that it drew me in.”

That connection was important to Lambert, too. That the connection was immediate made it even more significant for Lambert. That’s the type of relationship he always sought with his point guard, and Placeres became one of Maryville’s best.

Counting his two seasons at Keystone, he finished his collegiate career with more than 1,100 points and 600 assists. He earned all-conference honors in each of his two seasons at Maryville and added a school record of 17 assists in a single game.

In 2003-04, the Scots went undefeated against South Region teams and advanced to the Sweet 16. In 2004-05, they went to the round of 32. With Placeres leading the way for two seasons, Maryville went undefeated in conference play.

Placeres and Lambert led the Scots to plenty of success on the scoreboard and in the record books, but their relationship had some tense moments away from all that that both laugh about now.

In fact, there are two occasions that stand out to Lambert.

During one practice, Placeres got ‘a little bit too showy’ with a behind-the-back-pass. Lambert screamed at him to ‘take that Miami playground BS back to Florida.’

“That got his attention real quick, and it’s easy to know when you get his attention because he gets real red in the face,” Lambert said. “And he’s bald so his scalp just glows.”

Another time, Lambert was on the court guarding the point guard so he was standing in front of Placeres. As Lambert explained something to the team he looked at Placeres, who was bent over and ‘clearly not paying attention.’

Lambert happened to have the ball in his hands so, in order to get Placeres’ attention, he made a ‘quick little shovel pass’ off his forehead. The ball bounced right back to Lambert.

“It could not have been any better,” Lambert said. “Of course, he popped up there and started that glow, and I knew I had at least gotten his attention. He didn’t like it. Like any important player you do what you have to do to motivate them.”

There were other times in which Lambert kicked Placeres out of practice in order to get his attention. Those instances always were followed by Lambert calling Placeres later that night to explain how important he was to the team’s success and that if he was not paying attention his teammates may not pay attention.

“I had enough respect for him that I knew where he was coming from,” Placeres said.

After his playing career he became the coach at Gatlinburg-Pittman High School. He led the Highlanders to a district title in his first season, and to No. 2 state rankings during his third and fourth seasons.

Eventually, Lambert got Placeres to join his Maryville staff. In eight seasons since Placeres came back, the Scots have won 138 games and played in three NCAA Tournaments. In two of the seasons they did not make the NCAA Tournament, they won regular season conference titles.

Though it’s virtually impossible to predict Placeres will win 700 games himself, Lambert is confident he has left the program in strong and steady hands.

“We’ve been through a lot together,” Lambert said. “He’s one of those guys as a player and even after he played for me when Father’s Day came around he’d always call me. We had that connection. I’m just really happy for him. He’ll do a great job. There is absolutely no question about it. He’s ready for it. He’s prepared. He has the passion for the game and he’ll work.”