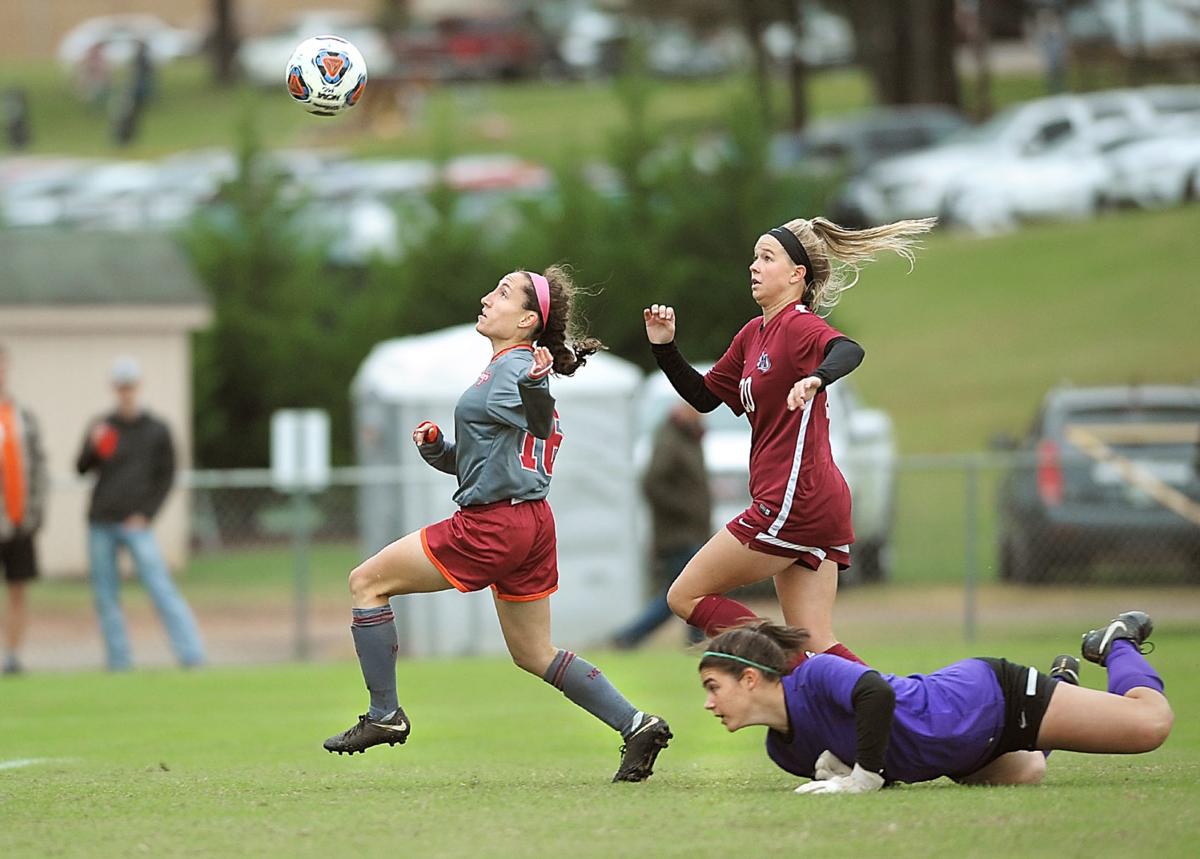 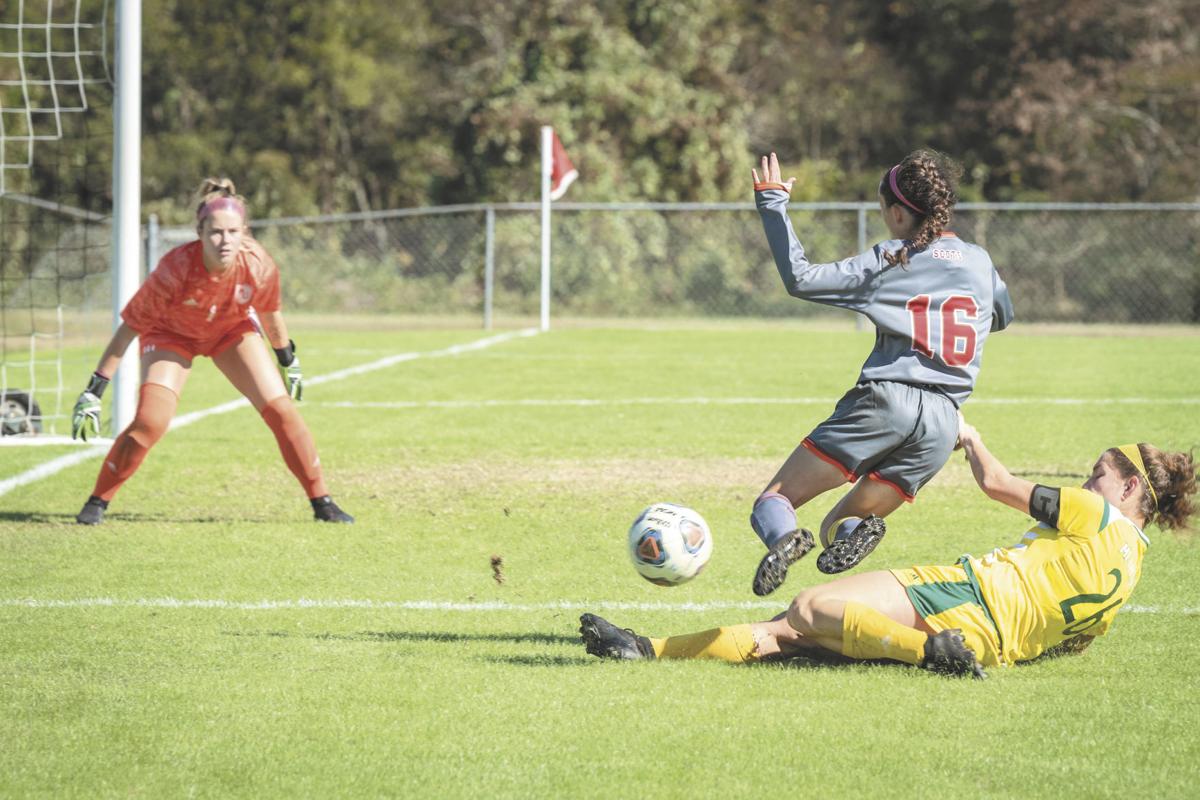 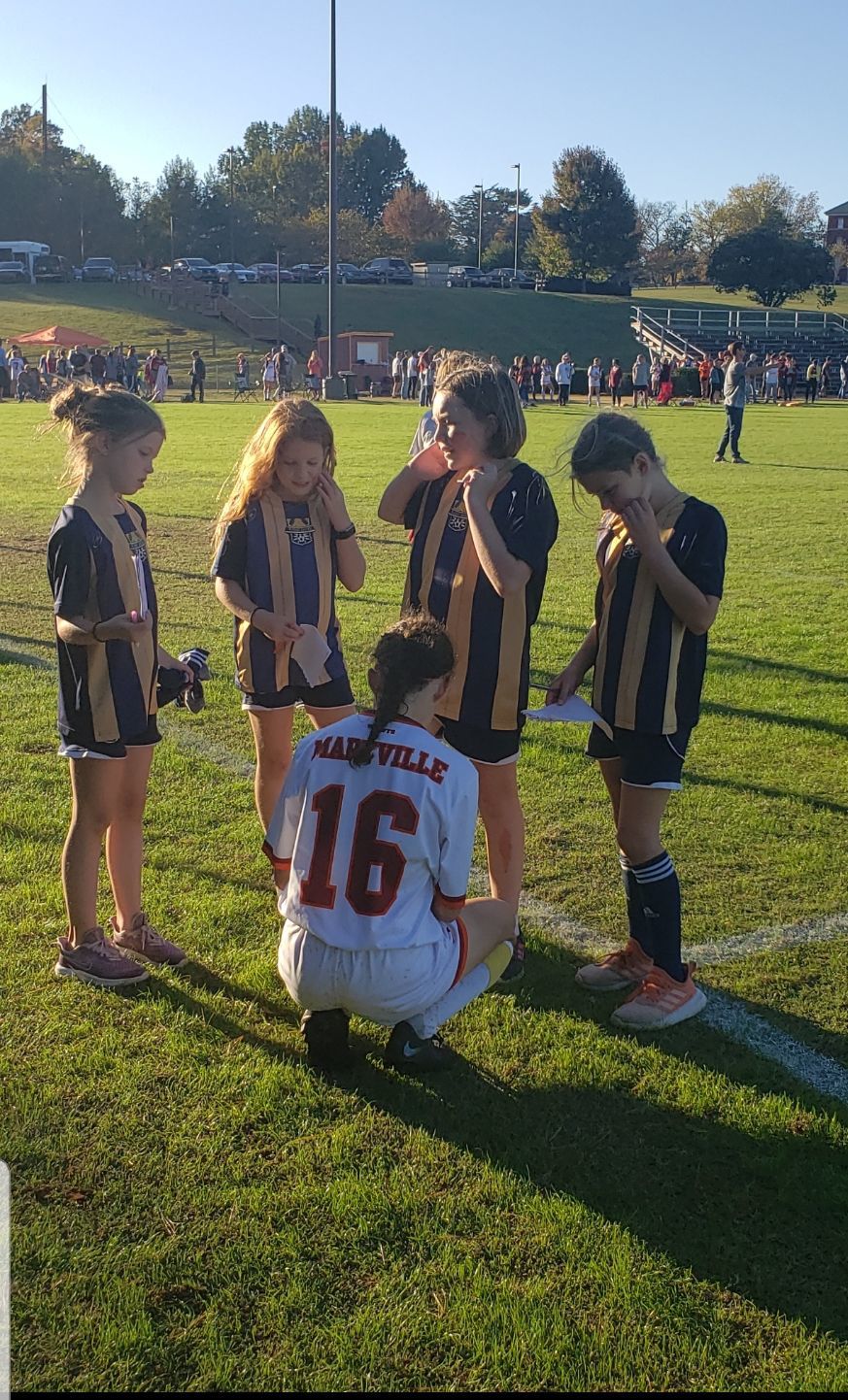 Shannon Reagan’s on-field success was as good as it could get for a soccer player on such a balanced team, but what she has been doing off the field blows all of that away.

And now the Maryville College senior has something tangible to show for it.

Reagan on Tuesday was announced as the winner of the Collegiate Sports Information Directors of America national Division III Academic All-American Player of the Year. She is the first athlete in Maryville history to win the award.

The award requires a combination of standout skill on the field and standout grades in the classroom. Even a full week after finding out she had won Reagan said she was still trying to come to grips with how significant the award really is.

“It is very surreal,” she said. “It really does mean the world to me. You never really think you’re capable of winning something like that because it’s such a prestigious award.”

It’s the second big award Reagan has won in the last month. The Tullahoma native was named USA South Athletic Conference Player of the Year after leading the conference in goals (21) and assists (11) while Maryville sprinted through eight regular season games unbeaten and untied.

The Scots followed with a dominant run through the conference tournament and clinched their first NCAA Tournament berth since 2015. They didn’t make it out of the first round, but by then Reagan had established herself as one of the best players in the South Region.

She did it all during the penultimate semester of her undergraduate academic career, which will end in May with her receiving a Bachelor of Arts degree in biology.

“She’s getting the highest honor that COSIDA gives,” Maryville coach Pepe Fernandez said. “You can’t say too much more than that. They have selected her as the best in her division. It’s very deserving. In order to get this award a lot of things have to happen.

Reagan, who has a 3.95 GPA at Maryville and 3.97 overall undergraduate GPA if she counts her semester at Robert Morris before transferring, will be far from finished with her education when she graduates from Maryville.

She plans to attend a physicians assistant school and already has several offers. The program she plans to enter takes 27 months to finish. After obtaining a Master’s Degree through that program, she’ll be a medical assistant who can do almost everything a doctor can do but will be required to practice under a licensed physician.

Reagan said she is looking forward to a career that will allow her to move laterally from one area of medicine to another if that’s what she chooses. She fell in love with biology when she was a high school sophomore. After watching her cousin go through physicians assistant school she decided she wanted to do the same thing.

Her education path has required a lot of hard work that often was complicated by road trips during the last four soccer seasons. It’s difficult to maintain the discipline needed to stay on course, and her first semester at Maryville was her most difficult.

There were many times in the fall of 2017 when she was taking organic chemistry that she was wearing practice gear and studying right up until it was time for the players to walk to the field together.

“A lot of people have the privilege based on their major to take a break on a bus ride or at the hotel,” Reagan said. “I don’t really take a lot of time off. Maybe I should a little bit more. You’ll see me the whole trip down there and back and in the lobby of hotels always working. I don’t really give myself a lot of time off.”

As is always the case, Reagan is quick to give credit to her teammates. She said it helped her to see them studying because it motivated her to keep going when she experienced a lull. She said she’s also thankful for their success on the field because without she would not have received the academic award.

She also credits her coaches teammates for helping to make her Maryville experience perfect.

Reagan signed with Division I Robert Morris University when she was a senior in high school and attended the Pennsylvania college as a freshman. The atmosphere was not what she hoped for, and she chose to leave after her second semester.

She said she had such a bad experience that she decided to give up soccer and enroll at Middle Tennessee State to fully focus on academics. She had her student ID card and had enrolled in classes when she had a change of heart and called Fernandez to ask if he remembered her from the recruiting process.

Fernandez said yes and jumped at the opportunity to add her to the roster even one year later.

When Reagan arrived at Maryville she quickly found a healthy team atmosphere that she fell in love with. Fernandez and associate head coach Jon Baker have built a culture of developing relationships with teammates over soccer. The high level of chemistry has allowed the Scots to be a conference title contender on the men’s and women’s sides for a long time.

Reagan rediscovered her passion for the game and embraced the team. In three seasons she scored 45 goals and added 19 assists. She earned multiple all-conference and all-region awards for her play on the field.

She concluded her career with the biggest award anyone can win off of it.

“It’s neat to be around the type of kids we have at Maryville College, and we’ve been around so many good student-athletes,” Fernandez said. “To see her get this award is really exciting for us and for her.

“We’re really proud of her and proud of the entire team because there is a lot of team in this. The team has to do well in order for somebody to be recognized. Every one of our players and our staff at Maryville College and our faculty should celebrate this recognition.”