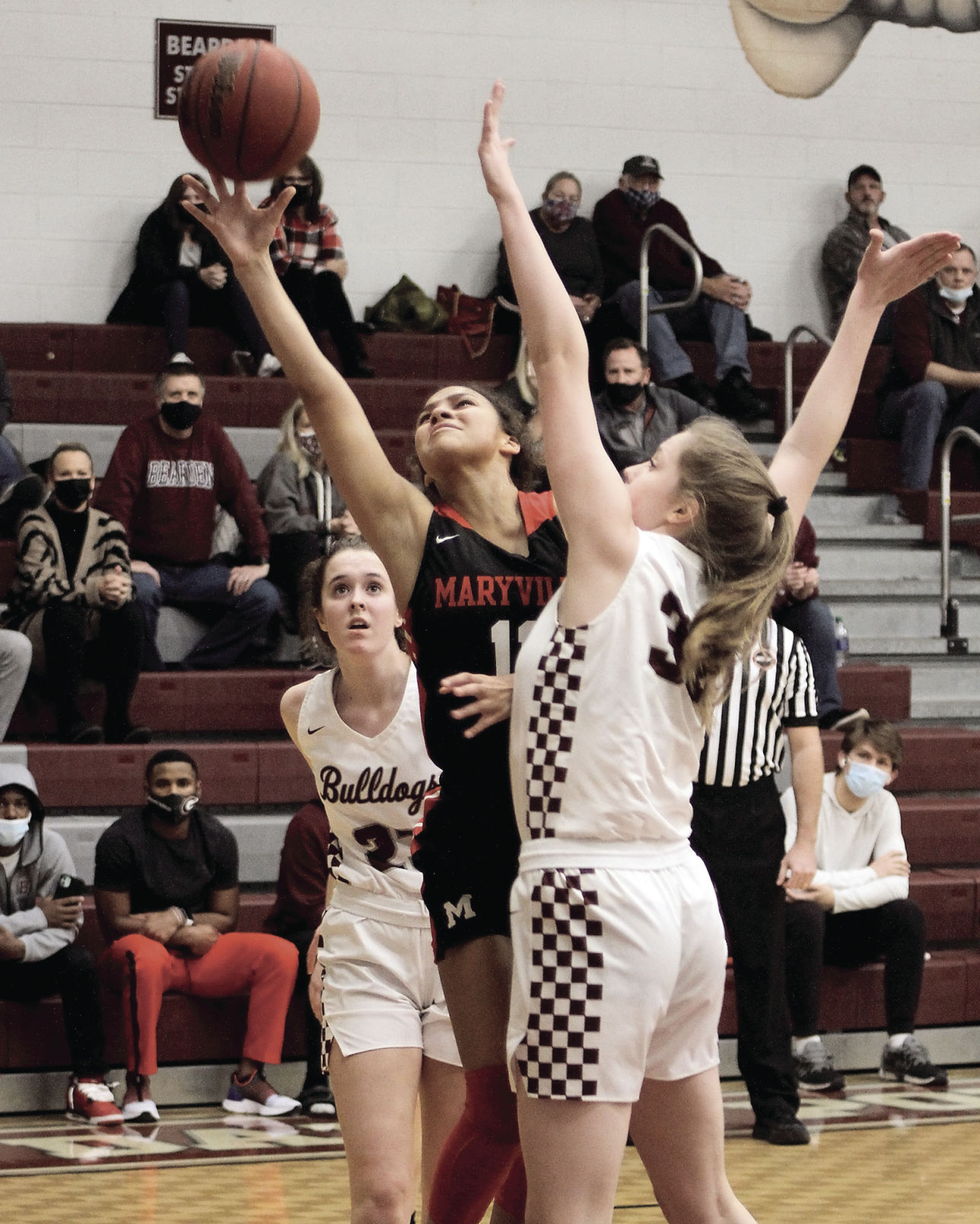 Maryville's Aaliyah Vananda drives to the basket for a layup defended by Bearden's Avery Treadwell Tuesday at Bearden High School. 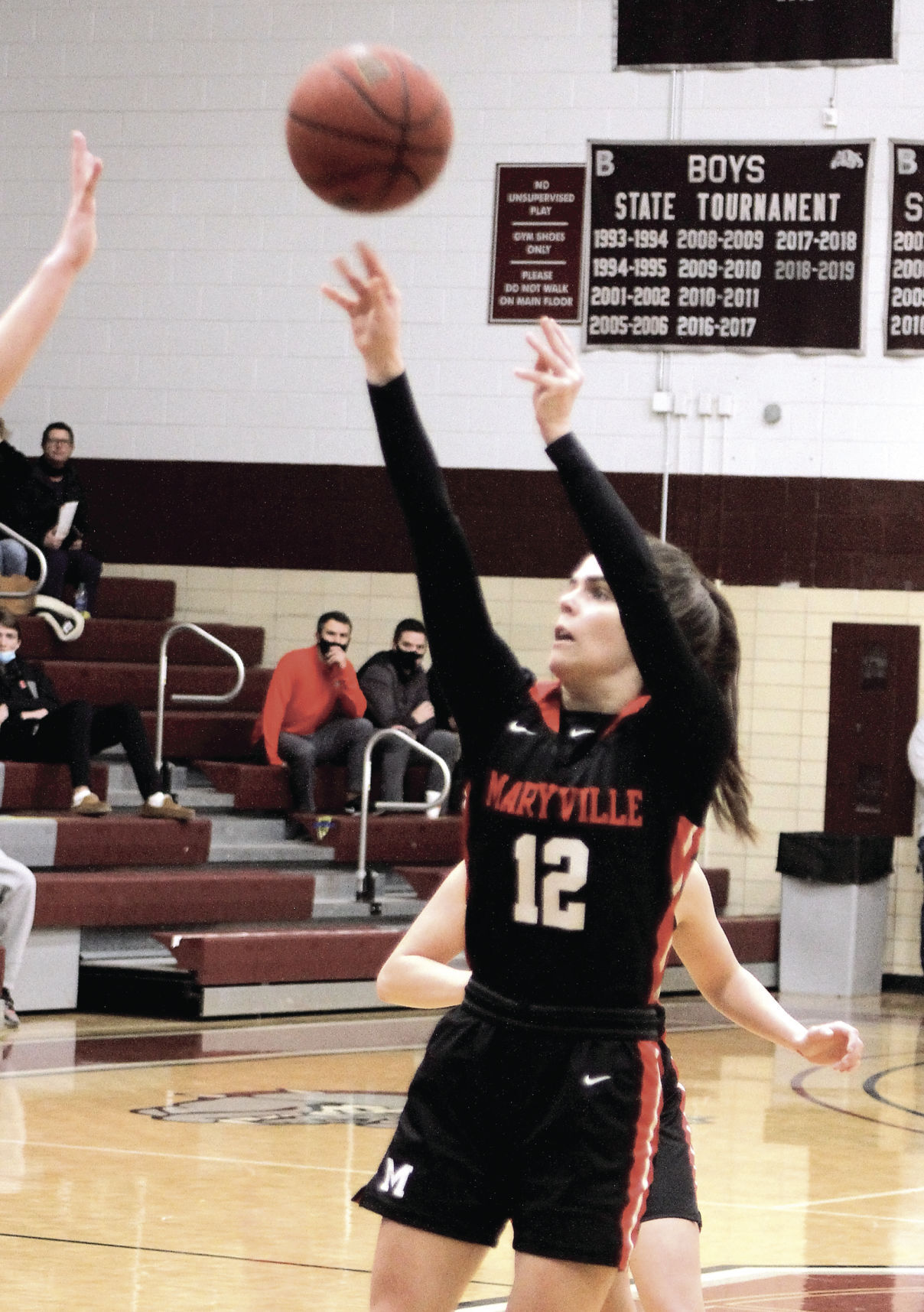 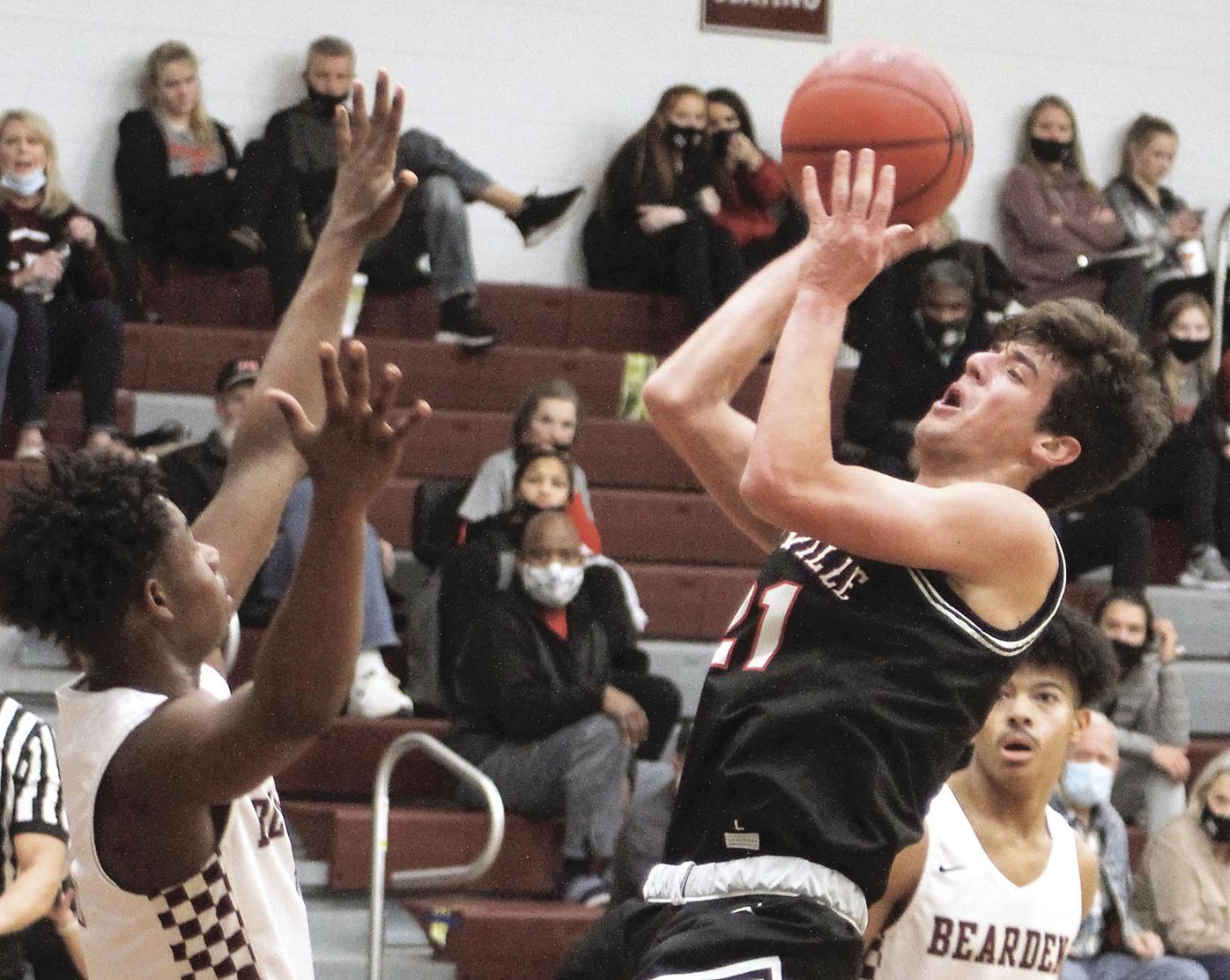 Maryville's Jack Brown takes a shot falling down in front of the basket against Brerden Tuesday. 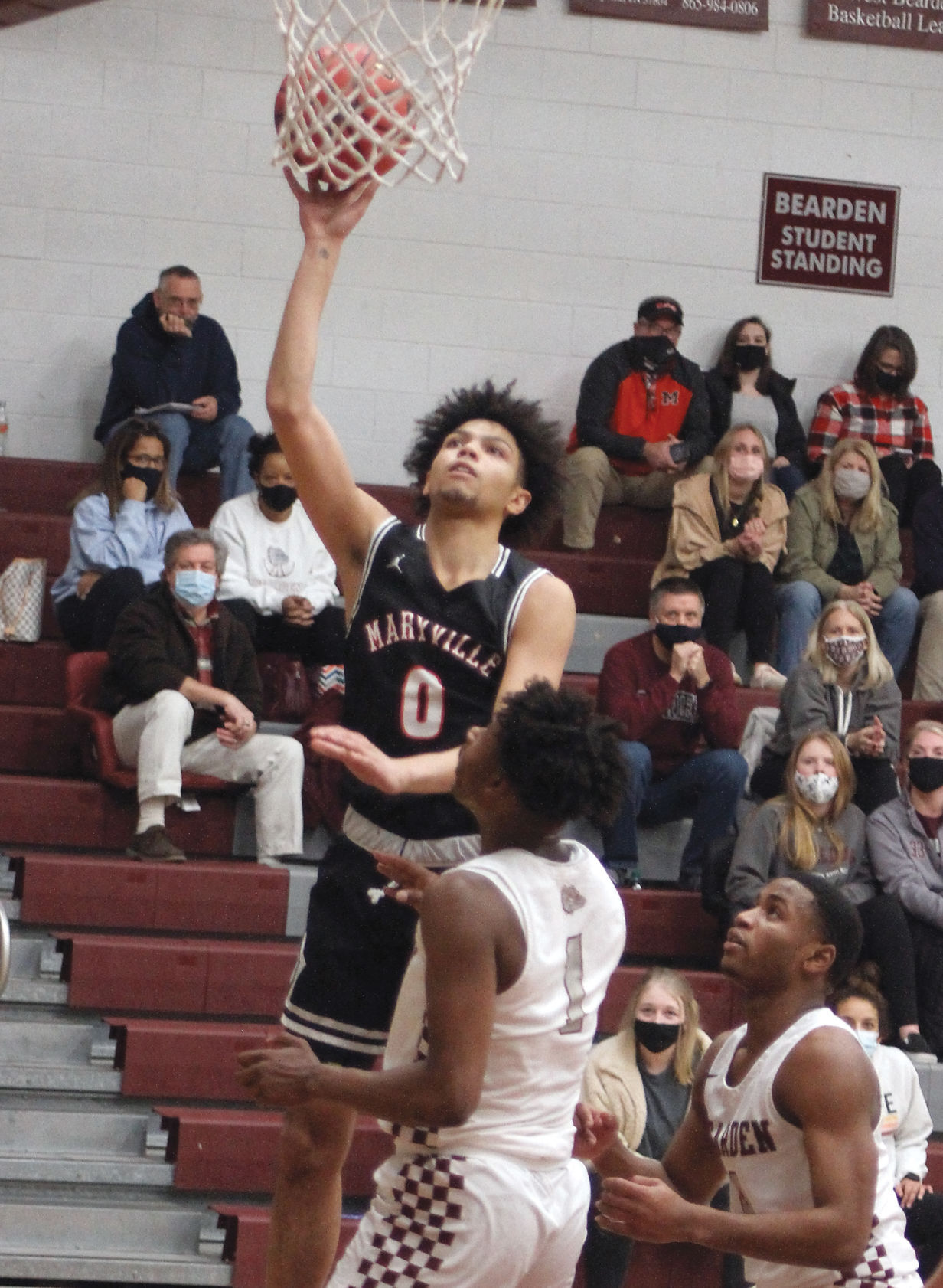 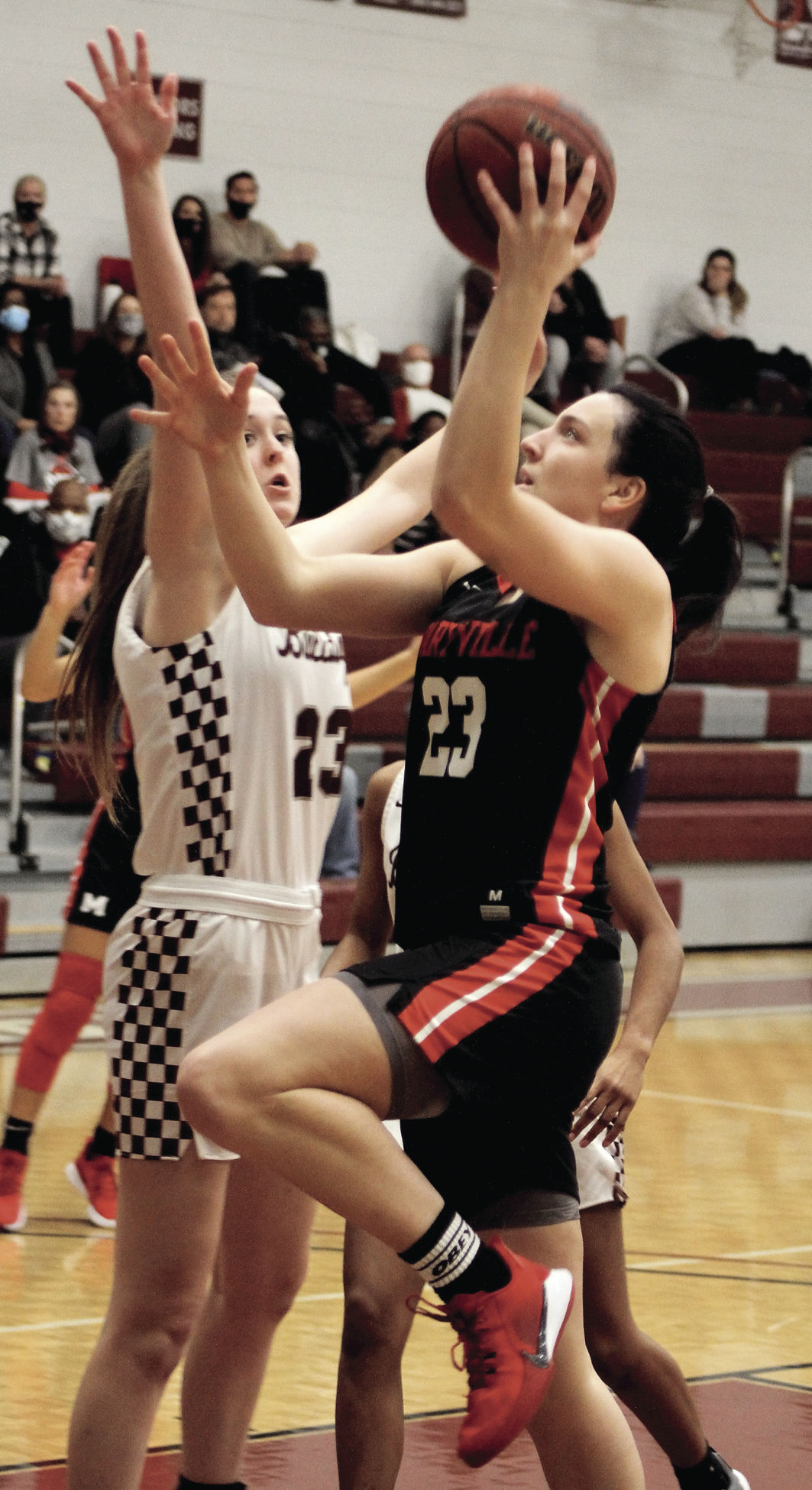 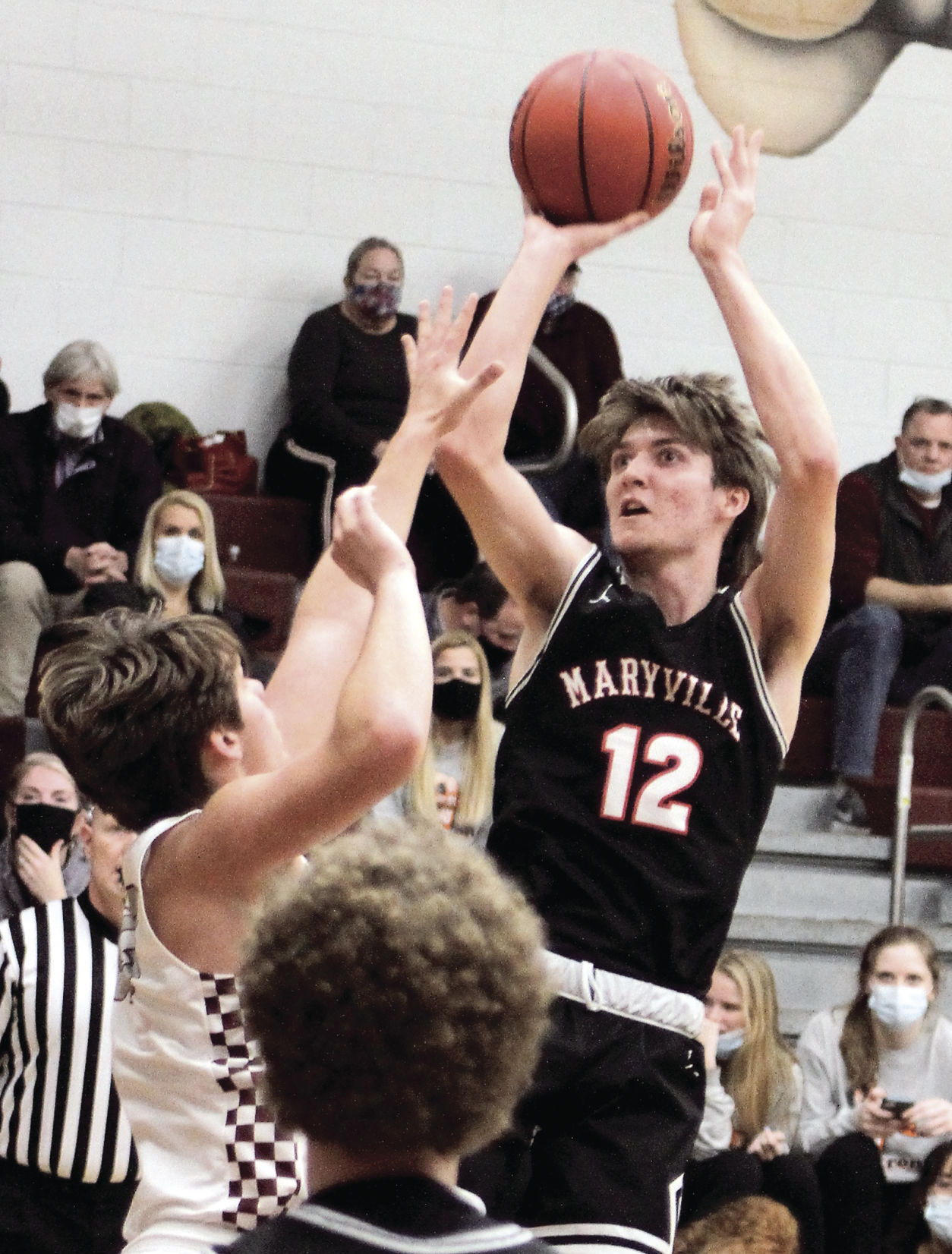 Maryville’s Josh Seiler shoots a jump shot over the Bearden defense on Tuesday in Knoxville.

Maryville's Aaliyah Vananda drives to the basket for a layup defended by Bearden's Avery Treadwell Tuesday at Bearden High School.

Maryville's Jack Brown takes a shot falling down in front of the basket against Brerden Tuesday.

Maryville’s Josh Seiler shoots a jump shot over the Bearden defense on Tuesday in Knoxville.

KNOXVILLE — The Bearden girls basketball team’s offense is predicated around getting the ball in the paint, whether that be by penetration from its guards or feeding sophomore forward Avery Treadwell in the post.

Maryville made no attempt to stop Bearden from accomplishing its goal.

The Lady Bulldogs logged 50 points in the paint, highlighted by a game-high 28 points from Treadwell to go along with 22 points from senior point guard Zneyah McLaughlin — 18 of which came off layups — to hand the Lady Rebels a 67-54 defeat Tuesday at Bearden High School.

“It’s not where we wanted to be,” Maryville coach Scott West told The Daily Times. “This team is too good, and if those two are going to score 50-plus combined, you’re not going to beat them — nobody in the state is going to beat them.

“You have to find a way to bring that number down, and we didn’t do that tonight.”

Bearden did not score its first field goal from outside the paint until junior guard Maddie Brillhart hit a 3-pointer with 26 seconds remaining in the first half.

While the Lady Bulldogs controlled the painted area with ease, the Lady Rebels (14-5, 5-3 District 4-AAA) avoided it on most of their offensive possessions, passing the ball around the perimeter until they either hoisted up a shot or turned it over.

“At some point, you have to put your head down and go,” West said. “We were playing around the arc, and it was like a force field that was preventing us from getting in there. We have to get a little more toughness to us and be willing to put our bodies on the line.

“They wanted this game more than us, and it showed.”

It is likely that this is not the last time Maryville and Bearden will face each other, having met in the District 4-AAA championship each of the past three seasons. As much as the Lady Rebels would have liked to avenge their Dec. 8 loss, it knows that a victory in February will mean a lot more than one in January.

“Let’s keep the bigger picture in mind, let’s look ahead to what we need to do and understand that we have basketball left to play,” West said. “We’ll see them again. … We made some adjustments defensively (tonight), but we didn’t make adjustments for the tournament tonight.

“If you have four aces in your sleeve, you better not play them all on January 19.”

The excitement was short-lived.

Bearden’s Izaiha Bredwood received the ensuing inbounds pass and calmly dribbled upcourt as the Bulldogs motioned into their offense. Maryville junior point guard Charlie Rice got pinned underneath a screen, freeing up Bredwood for a wide-open 3 that proved to be the most pivotal gut-punch during the Rebels’ defeat.

“That’s what good teams do, and they’re a good team, but good teams also fight back when they’re down 10 or 12,” Maryville coach Mark Eldridge said. “I was proud of how our guys played tonight. (Bearden) played about as well as they could have played tonight, and we showed a lot to fight back.”

Brown scored a game-high 22 points, 14 of which came in the second half as Maryville (13-6, 6-2) attempted its comeback. Junior guard Terrence Dorsey also scored in double figures with 10 points.

Brown and fellow senior guard Josh Seiler were unavailable for the first meeting between the two programs — a 68-47 defeat — because of COVID-19 protocol. The result did not change with them in the lineup, but the Rebels’ ability to rally and hang around late provides encouragement that a third matchup when it matters most could go their way.

“I think we’re as good as they are,” Eldridge said. “We feel like we’re the best team in the league. We didn’t win it tonight, but I think when we look back at this in our learning process, we understand that we can come over here and beat them in the district tournament.”